With Nintendo's Australian 3DS launch only a few days away on March 31, we thought we'd give you a quick refresher on it, and the device that's going to be its main rival for the next little while — the Sony Next Generation Portable, or NGP. That's the official name for the next-gen handheld console from Sony that everyone was calling the PlayStation Portable 2. 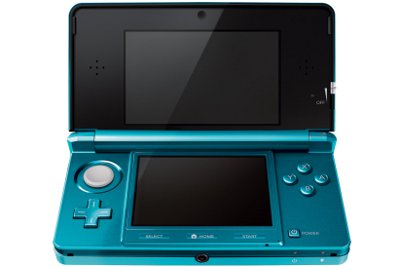 Read our preview of the Nintendo 3DS.

The Nintendo 3DS is an evolution of the Nintendo DSi, DS Lite, original DS — despite a bit of extra processing grunt it's still a dual-screen handheld gaming console, with a touchscreen down the bottom and a set of thumb-friendly controls. The big difference is the top 3.5in LCD screen, which achieves an autostereoscopic 3D effect — you don't need any 3D glasses to see it, and you can control the intensity with a side-mounted slider. To be honest, the only other big difference is the addition of an analog joystick. 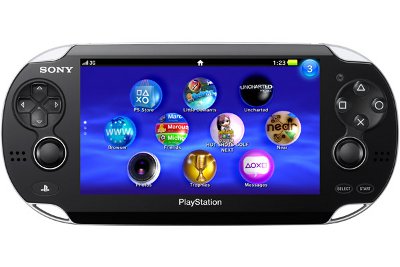 Check out the unveiling of the Sony NGP.

The Sony NGP is a big step up from the original PlayStation Portable and its revisions. It's got plenty of processing power, and graphics performance that's purported to be on par with the Sony PlayStation 3. Its 5in, 960x544pixel touchscreen display uses OLED — like the screen of Samsung's Galaxy S II smartphone, though we're hoping it's even closer to the Sony XEL-1 — so we're expecting excellent clarity, contrast and viewing angles. Battery life for such a powerful machine is a worry, though.

The NGP definitely excites us more when it comes to hardware. We did like the 3D effect from the Nintendo 3DS, but we expect it'll largely be a gimmick that doesn't add a great deal of playability to games. The NGP's superior power should allow for more versatility in game design, as well as the advantage of nicer graphics — yes, we're shallow, but we think nice graphics do improve an already-good game.

The Nintendo 3DS has front- and rear-facing cameras, though they can only take 640x480pixel photos — which makes them little more than a gimmick. The cameras' potential for augmented reality gaming is interesting, though. It uses the same game cartridge as earlier DS models so there's a massive back catalog to play through. Download Play will also be available for Game Boy and Game Boy Classic games, as well as DSiWare games in the future, via the Nintendo 3DS's integrated wireless networking.

The NGP is the undisputed leader in features — it can do augmented reality as well, it has two touch control surfaces, and two analog joysticks — with one critical exception. It won't be able to use the PSP's old UMD format, leaving dedicated Sony fanboys out in the lurch — instead, Sony is opting for a new flash memory-based format. Don't let this get you down, though — the NGP will have Bluetooth, 3G and Wi-Fi which should make it as versatile as a smartphone when it comes to getting hold of games off the Net.

We're going to talk about games offerings in a separate article, so this comparison is just down to hardware and included features. The Sony NGP is clearly superior, as long as you discount the 3DS's 3D screen. It's more powerful, has a larger screen and a more accomplished control interface. We wouldn't be surprised if it was twice the price of the $349 Nintendo 3DS, though.