Apple on Tuesday announced that WWDC 2021 is set to take place the week of June 7, and the entirely-online affair should be a good one, especially for the Mac. Apple's PC already had a big year in 2020 with the release of the M1 system on a chip and macOS Big Sur, and WWDC should keep the momentum going with a massive event focused on the Mac. Here's everything we expect to see when the keynote kicks off.

We'll dive into what we expect from Apple's chips below, but we think WWDC 21 is going to deliver some serious hardware. Now that the Mac mini, entry-level 13-inch MacBook Pro, and MacBook Air have been outfitted with M1 chips, it's time to see what changes are in store for the higher-end of Apple's Mac lineup.

Mac Pro: Since this is a developers' conference, it makes sense to highlight Apple's most powerful Mac. But Apple also said that its silicon rollout will be a two-year process, and we're only in year one. So with the Mac Pro rollout, Apple could reveal a couple of models on the low-end, with the pricier, more powerful Mac Pros still using Intel processors. Apple could also show some major tower modifications thanks to the M21X's ability to run cooler than its Intel counterparts. Like the previous Mac Pro introductions, however, we don't expect these models to ship until later in the year. 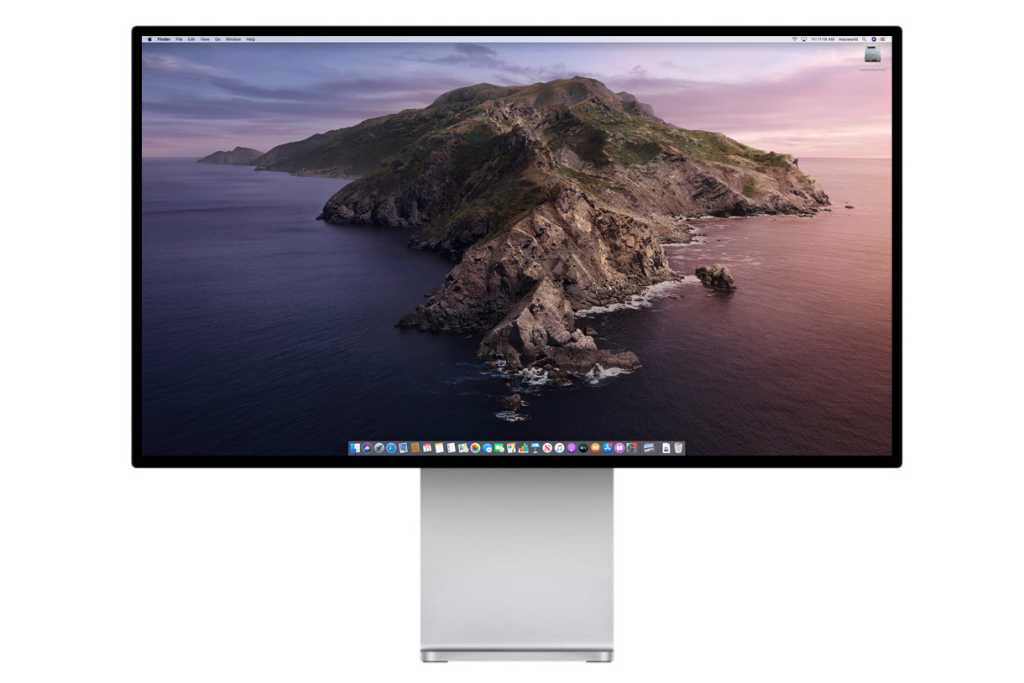 The iMac hasn't seen a major resigned in a very long time. A Pro Display-like design would be impressive.

iMac: The iMac Pro and several configurations of the iMac were recently discontinued, but the signs say that an Apple silicon iMac will be announced at WWDC21, and will probably ship soon afterward. Rumors say that the new iMac will be available in 24- and 27-inch models, and the new design will resemble Apple's Pro Display. Apple will probably keep the $1,099 Intel-based 21.5-inch iMac as an affordable option. New iMacs will likely be available to order immediately.

MacBook Pro: Apple released a pair of 13-inch M1 models last year, and those will stay as affordable options. The higher-end 13-inch models that Apple usually offers could see a change, however—most likely, they'll get a treatment similar to what the 15-inch MacBook Pro got to become the 16-inch MacBook Pro, creating a new 14-inch MacBook Pro. The 16-inch MacBook Pro hasn't been upgraded since its release in 2019, so that will definitely get the Apple silicon treatment. These laptops could be available for order at WWDC21.

Not long after Apple released the M1-based MacBook Air, 13-inch MacBook Pro, and Mac mini, speculation of the next SoC for Apple's high-end Macs went into high gear, with several reports stating that it would appear in the second half of this year. So it seems to be that a WWDC21 unveiling would be perfect timing.

Apple next SoC is certain to have more data processing oomph, so it could have even more processing cores that the 8-cores in the M1—think 16- and 32-cores. We could also see a boost from the M1's 16 cores for the Neural Engine. As far as the SoC's name, I don't think Apple will label this SoC the M2 just yet so expect it to be called the M1X or something similar to keep it part of Apple's first-generation silicon. (Rumor has it that the next SoC in line has the code-name of Jade.)

Then there's the memory. The current baseline with the M1 is 8GB and the maximum is 16GB, which is integrated into the SoC, so you can't add more at a later time. Even though Apple silicon Macs use memory differently from Intel-based Macs, the amount of memory is a concern for more demanding users. Users of pro apps run the risk of running out of physical memory, and when that happens, the Mac then resorts to using the SSD to compensate. And when that happens, there's a performance hit—and that leads to the concern that the SSD will wear out faster than it should.

Because users of high-end Macs are more demanding on memory, expect Apple to outfit the MacBook Pros and the iMacs with a baseline of 16GB and a maximum of 32GB. If we get a look at the high-end desktop Mac Pro, it will probably still have user-accessible DIMM slots so you can add a terabyte or more of memory as needed.

The M1 SoC has an 8-core graphics processor (7-cores in the $999 MacBook Air), and it does a really good job handling graphics for consumers. But it may not be enough for pro users, and a report out of China stated that Apple is developing a more powerful GPU for the iMac. 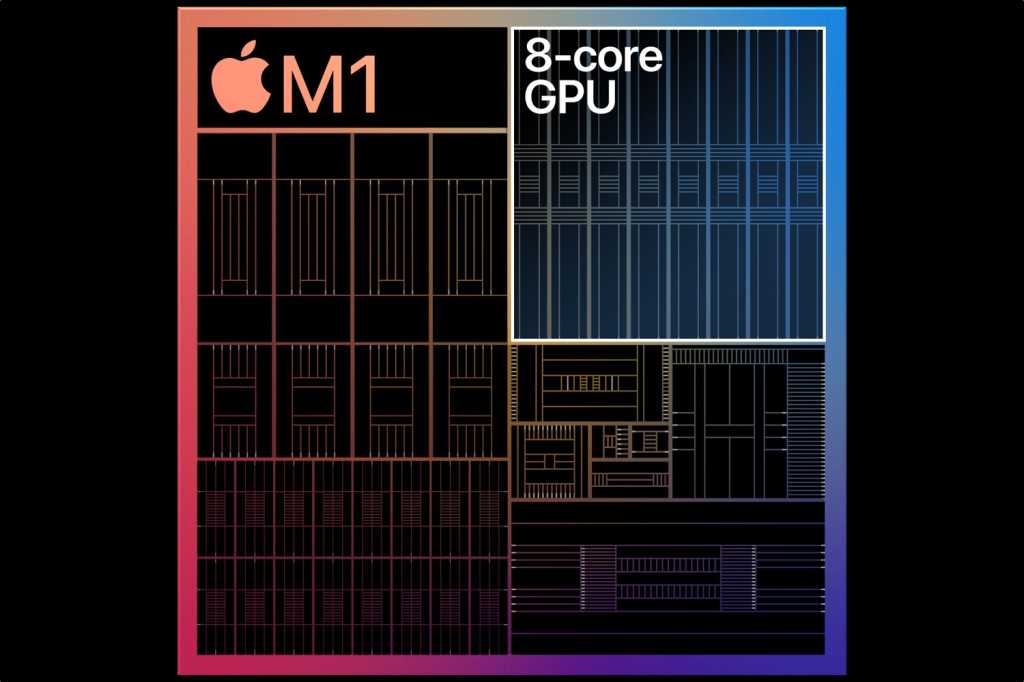 Apple's M1 features an 8-core GPU. That may not be enough for a high-end Mac user.

Anything about the GPU configuration is pure speculation at this point, but here's our guess as to what you'll see: an M1X GPU that offers more cores than the M1, supplemented by AMD GPUs to handle more heavy-duty graphics work. The 16-inch MacBook Pro and higher-end iMac models have discreet Radeon GPU upgrades from AMD, so we could see some serious graphics card power from the M1X, especially if we get a look at the new Mac Pro. Mac Pro users have extremely high-end GPU demands, so we don't quite know what that would look like in an Apple-design GPU. But we can't wait to see it.

On the same day that WWDC21 was announced, some sleuths poking around WebKit noticed a reference to macOS 12. Apple uses WWDC to showcase its operating system updates, and a change in version number may have you thinking that major changes in the OS are in store. That could be true, but more likely this is simply a change in Apple's nomenclature so it's more like that of iOS and iPadOS, which get whole number name changes every year.

The switch from macOS Catalina 10.x to macOS Big Sur 11.x was as big of a change as macOS has had recently, so that could mean that macOS 12 is more of a maintenance release that fixes and refines a lot of things, complimented with a dozen or so new features. Here are some of the features we're hoping to see. 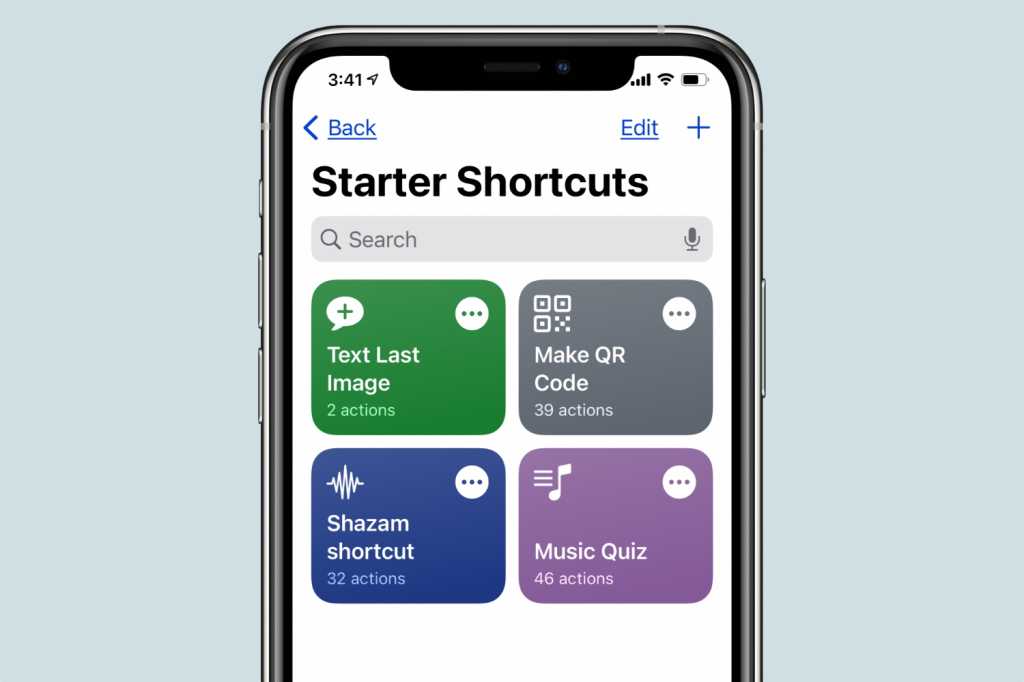 Shortcuts for Mac: The iPhone's Siri-based automation app would be very much welcomed on macOS. AppleScript and Automator are still available, but they're older tools.

Siri improvements: There's always room for improvement with Siri, which still isn't on par with Google and Amazon's offerings. Apple makes Siri development a priority with iPhones and iPads, but we'd like to see Siri get some love on the Mac, too.

Improved support for iPhone and iPad apps: Apple introduced this feature with Big Sur, and Apple continues to tweak it in with each update. There's still work to be done, however.

More Control Center shortcuts: Big Sur's Control Center—which mirrors the same features in iOS/iPadOS—helps clean up the cluttered menu bar in an intuitive way. But it has very limited options as to what shortcuts it can display. For starters, we'd like to see as many options on the Mac as there are on the iPhone.

Wallet: The Wallet app makes perfect sense on an iPhone, since you're usually carrying it while you shop. But for those of us who do almost all of our online shopping on a Mac, it would be nice if there was one central location to organize payment accounts that was more robust than the System Preferences pane. Not to mention, a place to pay your Apple Card.

Desktop widgets: macOS Big Sur brought the same customizable widgets to the Mac that iOS 14 brought to the iPhone, and we're loving them. But we'd love a way to bring them out of the Notification Center like we could with Dashboard widgets. 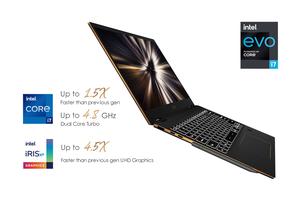