Our Mac screen territory sometimes feels tight. Adding an extra display is an easy options with a cable or inexpensive adapter on many Macs, although limits apply, particularly with the 2020 and 2021 M1 Macs.

But there are four options for extending your desktop in different ways that can buy you a little to a lot additional territory—sometimes more display and sometimes more flexibility.

Apple added the option to use an iPad as a virtual display starting in macOS 10.15 Catalina. This featured, called Sidecar, extends your desktop. But it also lets you choose actions, like moving a window between a Mac-connected display and an iPad with a click or tap.

Apple supports Sidecar only with Macs released in the last five years or so, starting around the latest version of a Mac model introduced in 2016 or later. The Mac must have Catalina or later installed. Any iPad Pro model will work with Sidecar, as well as later series of other iPad styles. Read Apple's requirements list for the full details. 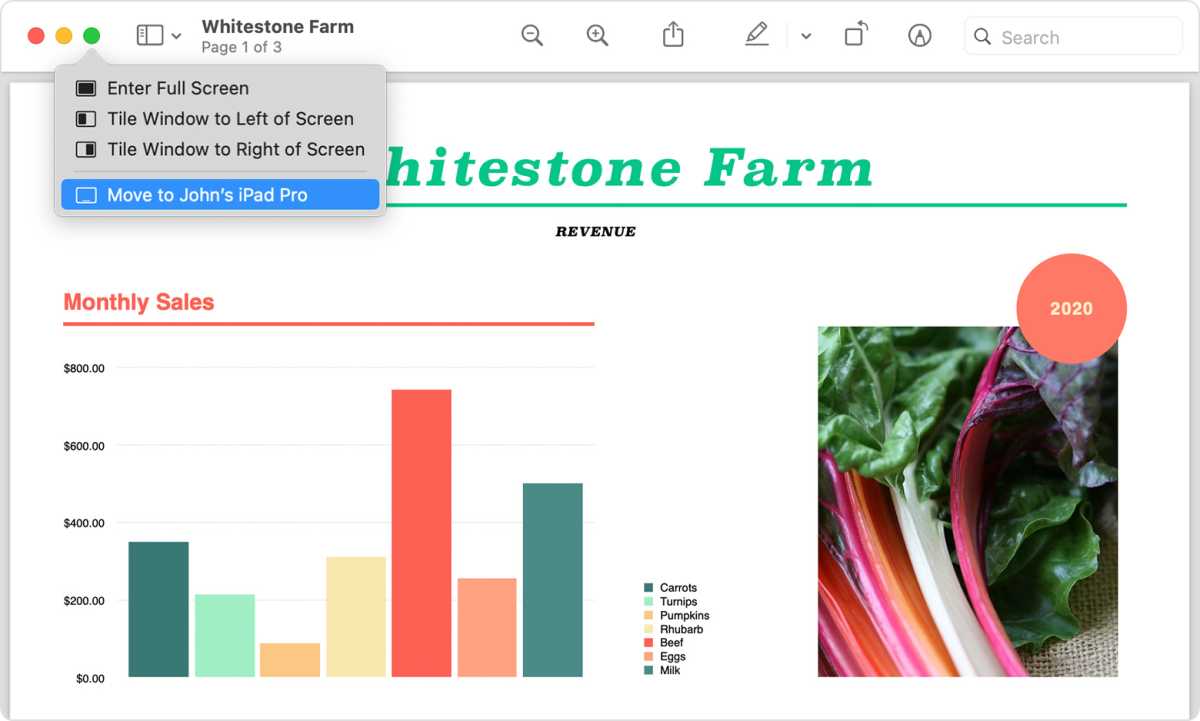 Sidebar lets you click or tap to move a window between a Mac and an iPad.

The Handoff requirements apply here for wireless use of Sidecar: the Mac and iPad have to be signed into the same iCloud account (and two-factor authentication must be enabled), have Bluetooth enabled, have Wi-Fi enabled, and be within about 30 feet of each other. The Mac can't be sharing its internet connection, nor can the iPad share its cellular connection. Handoff has to be turned on, too. On a Mac, go to the General preference pane and make sure Allow Handoff between this Mac and your iCloud devices is checked. In iOS or iPadOS, go to Settings > General > AirPlay & Handoff and make sure Handoff is enabled.

You can alternatively plug the iPad in via USB, which simultaneously keeps it charged and allows it to work as a Sidecar display. The only requirement is when connecting the iPad if the Trust This Computer? alert appears, tap Trust and enter the iPad's password.

If your devices don't meet the bar, the next option may be the right choice.

Duet offers a few software options to turn any iPhone, iPad, Android device, Mac, or Windows system into an additional monitor. All of Duet's software supports macOS 10.9 Mavericks or later and iOS 10 or later.

The company could make it much easier to precisely understand its one-time fees and subscription prices, as its website doesn't display them on any of their varied product offerings. This FAQ entry will help. After installing a free version of the Duet software on your Mac, you can also use:

A few days ago, we published a comprehensive look at how many monitors you can add—and at which resolutions—to the last-generation Intel Macs and current M1 Macs. One option not higlighted was DisplayLink, a combination of hardware adapter that embeds technology from DisplayLink and a kernel extension. DisplayLink allows monitors at a quantity beyond the limits baked in to particular Mac models, such as one external display for M1-based laptops, by using the extension to create virtual displays.

I am not the biggest fan of kernel extensions for modifying Mac behavior because Apple continues to move away from them, and they can cause low-level interactions that are unpredictable depending on what you have installed. Nonetheless, users tend to report success with DisplayLink, even with Big Sur on Intel and M1 Macs, which is an achievement.

A variety of third-party manufacturers offer a range of DisplayLink-enabled adapters to choose among.

Coming later in 2021 with the release of macOS 12 Monterey and iPadOS 15, Universal Control creates a seamless relationship across up to three Macs and iPads. This new feature doesn't turn other devices into displays so much as build something akin to an extended desktop among devices you already own. This connection includes sharing keyboard, mouse, and trackpad control, as well as dragging windows across the devices' displays. 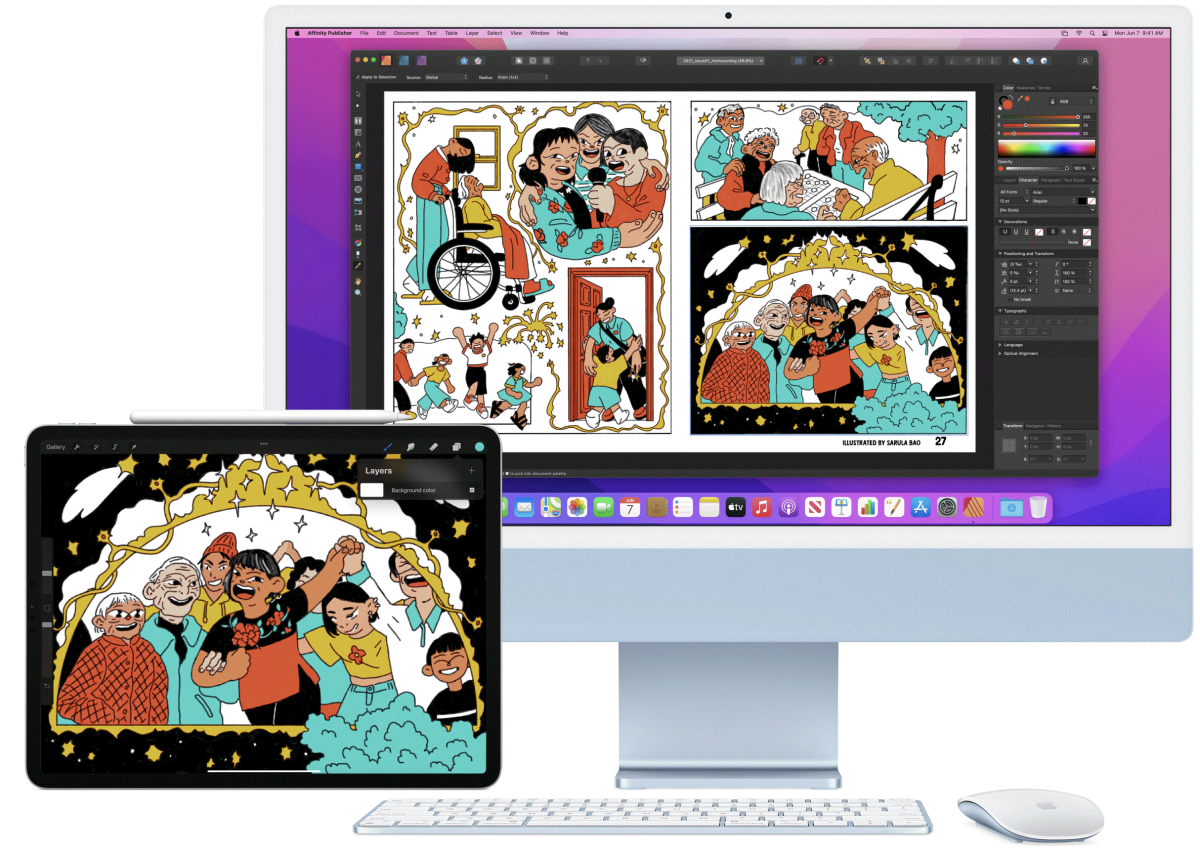 Universal Control creates a kind of seamless extended desktop among up to three Macs and iPads, including dragging and dropping items and share input devices.

This Mac 911 article is in response to a question submitted by Macworld reader Kevin.