The public beta of iOS 15 is now available, and that means hundreds of thousands (maybe millions) of iPhone users are going to install it, visit their favorite website, and say what the hell?

Of all the changes in the new version of iOS, the total revamp of Safari is going to be the biggest shock to the system. Things are different, and not just a little bit different. And because it's the default web browser for most iPhone users, it's nearly unavoidable.

Nobody asked for this

Moving the new address and tab bar to the bottom of the screen, and making it sort of auto-hide when you scroll, is the kind of interface upheaval that slaps you in the face. 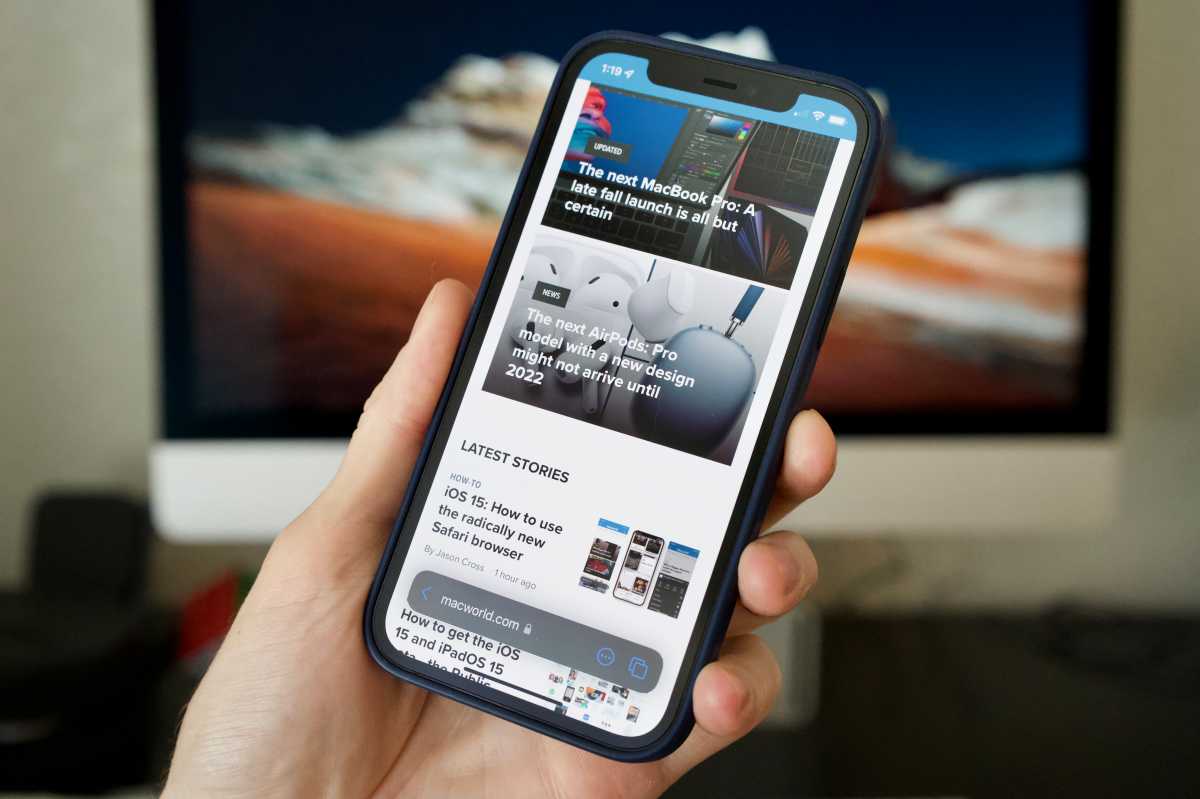 Obviously, Apple thinks this is a good idea, but it does more than just defy convention—it's entirely different from all the browsers ever used by a billion people going back…forever. Safari on iPadOS 15 and macOS Monterey, which also bring many Safari changes, keep the address and tab bar at the top, and even Samsung, which pushed all of the menu icons to the bottom of the screen after its One UI refresh, kept its address bar at the top of the screen.

Maybe Apple thought that users' thumbs cover the bottom of the screen when you browse on a phone, and moving more of the interface there would allow you to see more of the web page. I think the auto-hiding feature could take care of most of that.

Oh, wait. Whoops. Those are the same gestures in the same place. The difference between swiping between tabs and swiping between apps is a few millimeters, with almost no inactive space separating the tab and multitasking bar swipe zones. In other words, a lot of iPhone users are going to try to swipe between tabs and jump between apps, or vice-versa. It's not a great experience, and it's certainly not very friendly to those with motor function limitations.

I don't even think it's the best function for that gesture. I'd rather it be applied to the browser back and forward functions. I don't know about you, but I am far more likely to need to go back/forward than I am to switch tabs on my iPhone. 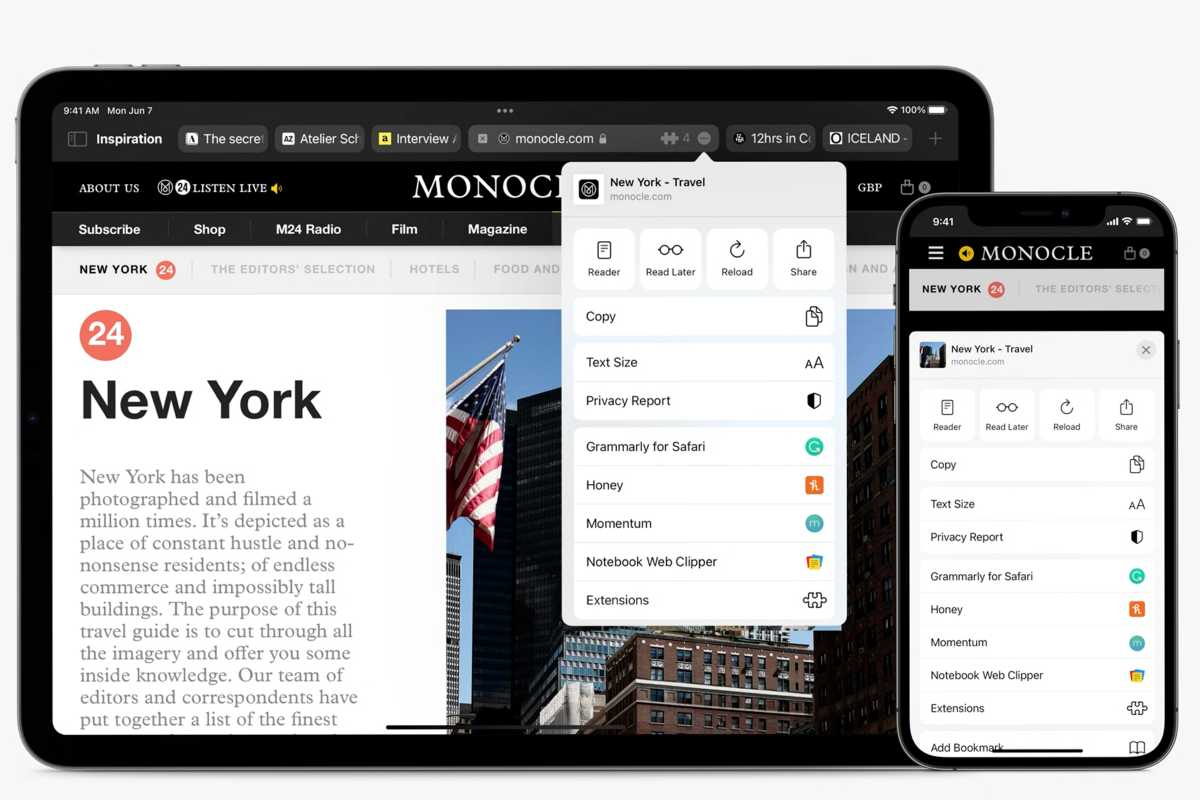 If you need the reload button, it's not two taps away. Progress!

You're likely to hear a lot of complaints about the refresh button going away, too. It's no longer in the address bar, but hidden under a more functions menu (…), even on iPad and Mac! Apple wants you to drag a website down to reload it, which of course only works when you're at the top of a site.

So you've got to either scroll to the top then drag down to refresh, or tap the little More (…) button and then press Reload. It's like everything in Safari now takes more taps and swipes, and some common functions are less obvious or easily discoverable.

OK, it's not all bad

The addition of real browser extensions could be transformative to how we browse the web on our iPhones. And tab groups that sync between devices are a great way to stay organized. Then there are Apple's industry-leading efforts to protect our privacy online.

Still, I have to wonder what exactly Apple sees in these design changes. They feel out of touch with the way users expect to browse the web, and not in a this is obviously better sort of way. Like most interface changes, we'll all get used to it, and before long it will be second nature. It will be fine. But it seems like a design choice without clear and obvious purpose or benefit, and I can only hope Apple is ready to make more than a few tweaks throughout the beta testing process.