Thirteen years ago, when I was lucky enough to interview a then-22-year-old Lady Gaga on the verge of mainstream success, she described her collaborative songwriting style as a process that allowed her to synthesize other people's ideas and edit them and make them better. I'd like to think she'd be proud of how I remixed Free Woman using just my iPad and GarageBand.

The latest GarageBand update for iOS and iPadOS includes two Remix Sessions that allow you to create new versions of songs by pop stars Lady Gaga and Dua Lipa. Using GarageBand's Live Loops feature, you can manipulate and record sounds from their tracks as well as hundreds more to be found in the app. The sound loops are represented visually as circular waveforms that you can touch or click to start and stop. You can also tinker with sound levels, effects such as echo and reverb, tempo and key, as well as connect external instruments or add our voice to jam along.

I'm a music writer and professional DJ (spinning as Teemoney) who lives and breathes music 24/7. I hear remixes in my head all the time and sometimes I try to create them live on my turntables and mixer, which has a looping function, but I haven't spent much time fiddling with GarageBand. But when I heard about the Lady Gaga collab, I wanted to give it a shot.

Even with little experience, it didn't take long to master the intuitive controls. The fun is in the experimentation, so head over to the Settings menu and play around with the tempo of the track (aka the beats per minute), until you find what moves you most. Try the same for the song's key — you can change the notes and pitch, which can completely change the final recording. 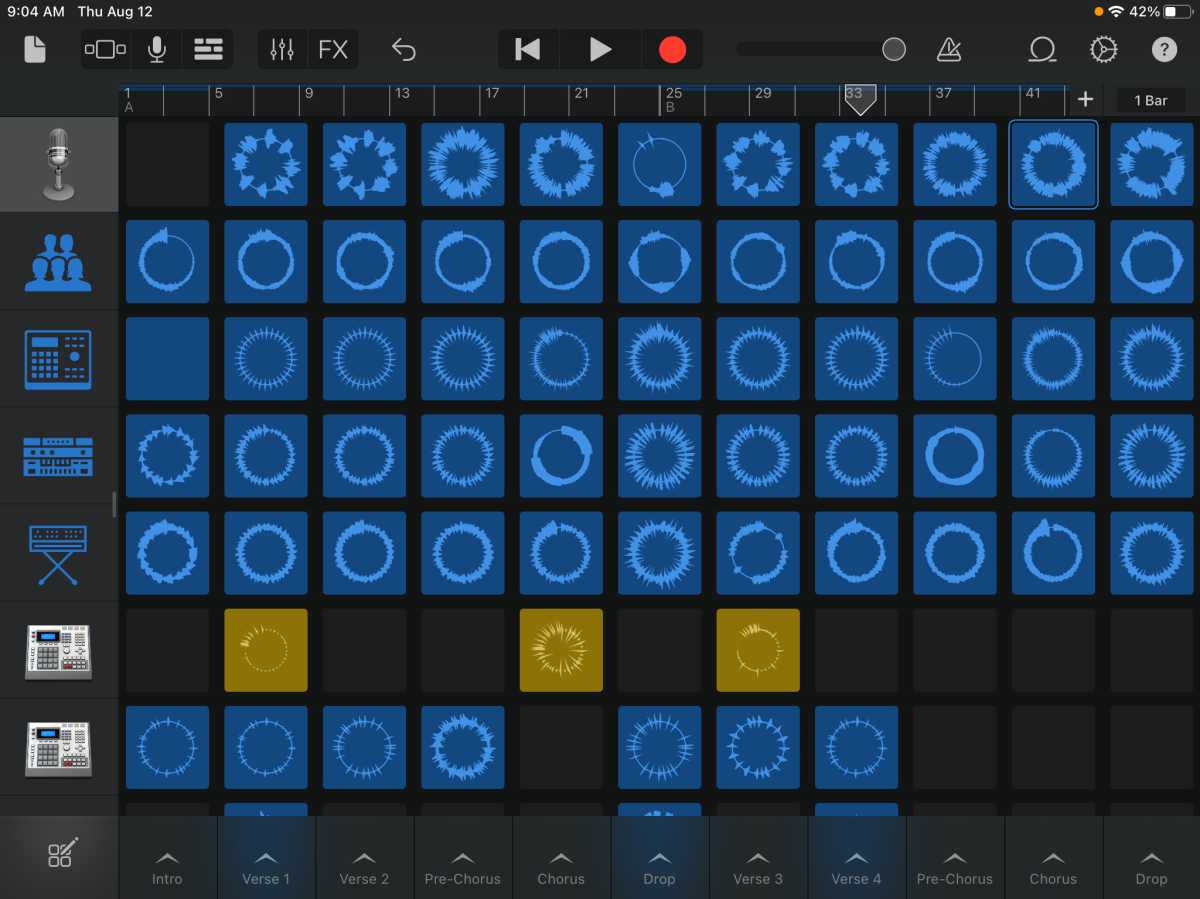 The circular waveforms let you literally see the music as your edit and remix it. Image: IDG

GarageBand has so many sounds and loops you can listen to over your remix and drag in the parts that you like. When I decided to change Free Woman from what feels like a stadium festival EDM track to an after-hours dub, the added outside components were a snappy snare sound emulating an 808 drum machine and a disco string instrument-laden groove from Mark Ronson, who released a number of sound tools to GarageBand as a companion to his new Apple TV+ docuseries Watch the Sound.

Another vast frontier of sonic carrots to experiment with and add to your remix can be found in the Instruments section. For example, you can bring up a virtual keyboard to add your own riffs or even sing into your device to create your own duet that would make Bradley Cooper envious. I thought it might be fun to do some ad-lib vocals to throw into my recording, but then I remembered that I can't sing. But your mileage may vary. 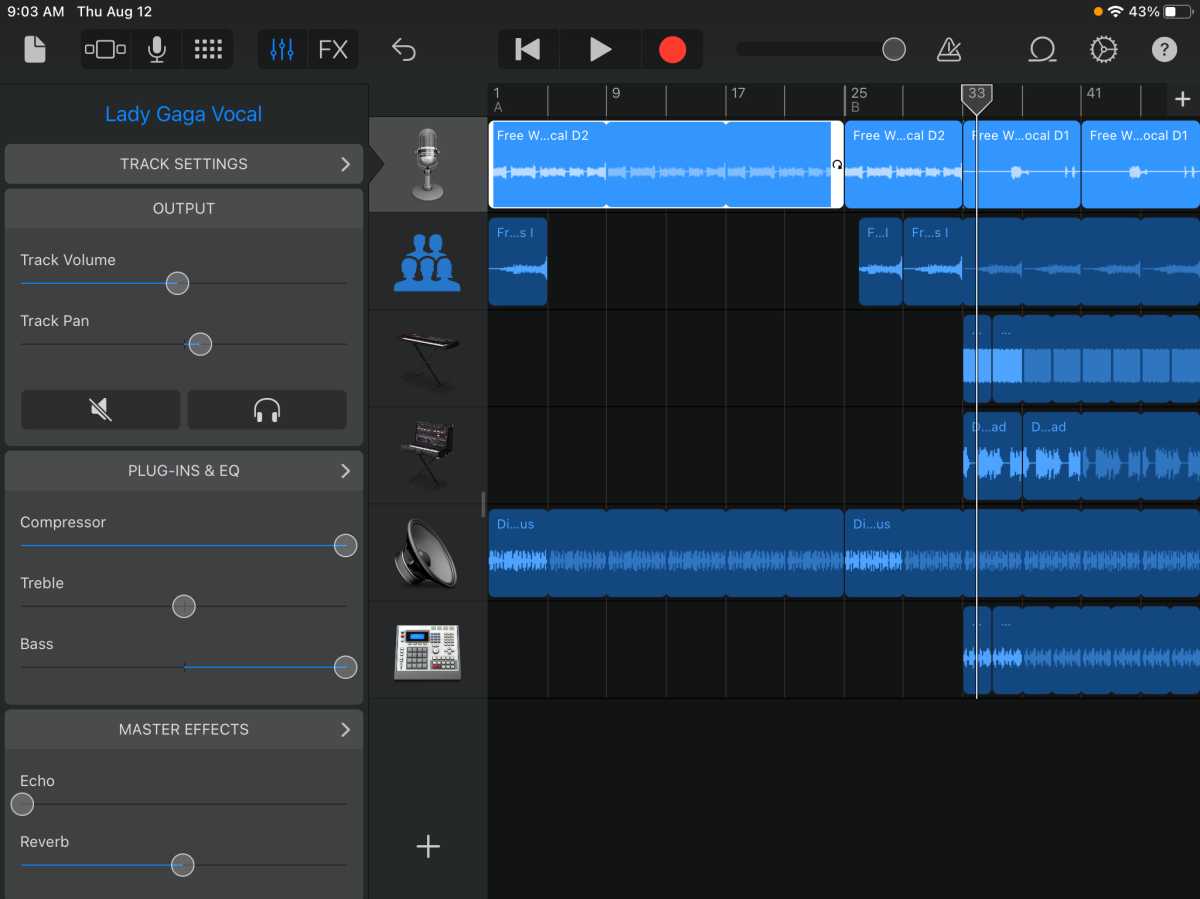 You can connect external equipment to enhance your remix, but GarageBand interface provides plenty of options. Image: IDG

You can also access your iTunes and add other songs to your canvas. At one point, I brought in elements of Gaga's debut single Just Dance, but ultimately left them out of the final master. An FX button is designed to mimic a few hackneyed-sounding DJ sounds, including a synthesized scratch effect, but you can really get a DJ's experience if you bring in snippets of other songs.

One caveat to the Remix Sessions is that you can't share your version of Lady Gaga and Dua Lipa's songs outside of GarageBand, so, unfortunately, I can't play it for you. But my GarageBand Remix Session was very much in the spirit of Lady Gaga—synthesizing her ideas, editing them, and maybe even making them better. It's tremendous fun, and even if you aren't musically inclined, I would encourage anyone with an iPhone or iPad to update your GarageBand app and play around with a Remix Session for at least a few minutes.