On Friday, September 17 2021, the latest iPhones went up for preorder, and were in stores a week later. Those upgrading or switching now have an important choice to make: Buy an iPhone 13 or splurge on an iPhone 13 Pro?

Do you enjoy your comparisons in table form? We got you!

As in prior years, the Pro model adds a telephoto camera as well. This year it's a 3x zoom with an f/2.8 aperture that supports night mode. The wide camera is also different, with an even larger sensor that has 1.9μ pixels and a wider f/1.5 aperture. The ultra-wide has a much wider f/1.8 aperture. In other words, the Pro should take much better photos in challenging low-light situations and way better zoom from far away. What's more, the Pro model's new wide camera has a minimum focus distance of only 2cm, so you can take super close macro photos and video.

Speaking of camera features, while all iPhone 13 models support the new Cinematic Mode and Photographic Styles features, only the Pro models can shoot in ProRes. You likely don't care much about that unless you're a video editor, and the feature isn't going to be available at launch (you'll have to wait for a software update later this year). And if you want to shoot in 4K at 30 fps, you'll need to upgrade to at least 256GB. But if the idea of shooting ProRes natively on your iPhone excites you, the Pro is the way to go.

The Apple iPhone 13 is available on postpaid plans at Telstra, Optus and Vodafone via the widget below:

But the iPhone 13 Pro goes a step further. It, too, maxes out at 1,200 nits with HDR content, but with SDR content it will go up to 1,000 nits. In normal indoor use, you probably won't care about the difference between 800 and 1,000 nits—both are too bright—but take your iPhone out into direct sunlight and the Pro model should be a lot easier to see.

It's ProMotion that will really make the iPhone 13 Pro display stand out, though. While the iPhone 13's display is fixed at 60Hz like every iPhone before, the ProMotion display on the iPhone 13 Pro can vary its refresh rate from 10Hz to 120Hz, much like the iPad Pro. That will make scrolling and animations super smooth, and touch input latency lower. 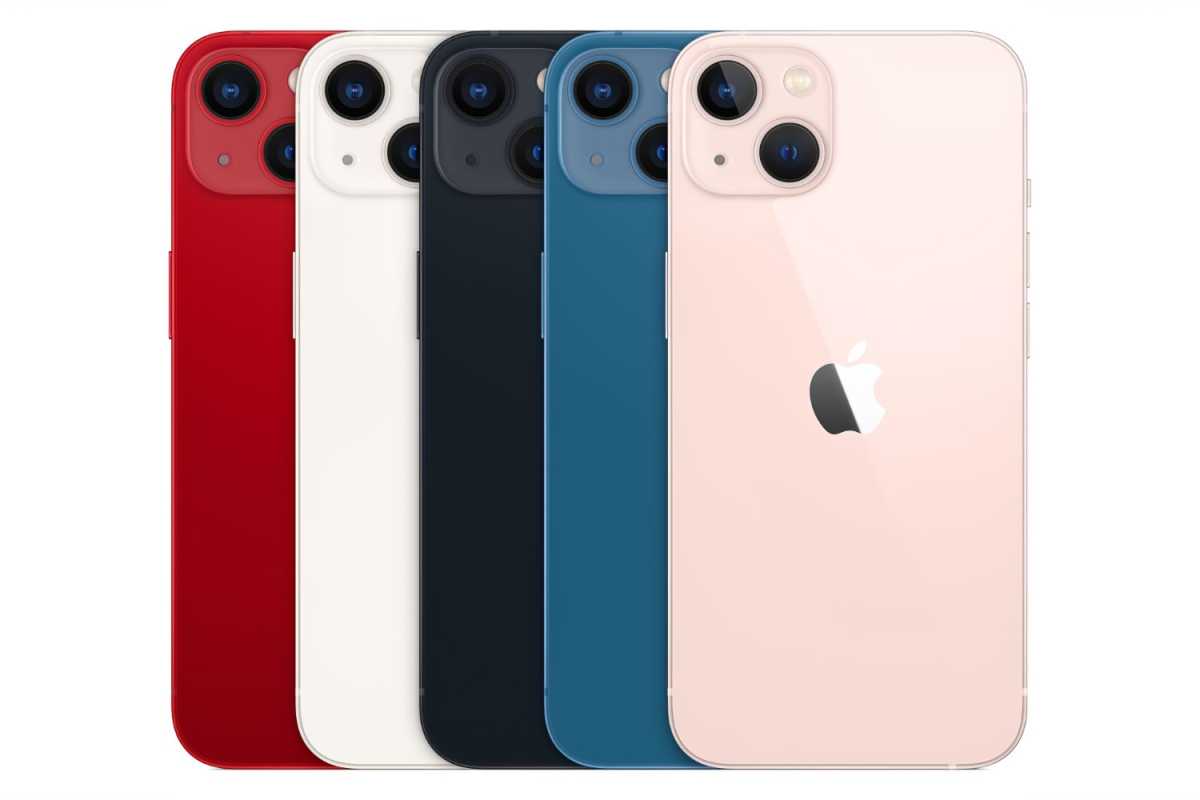 Like the iPhone 12, the iPhone 13 has an aluminum frame. It comes in five colors: Starlight, Midnight, Blue, Pink, and (Product)Red.

The iPhone 12 Pro has a stainless steel frame like the iPhone 12 Pro, making it a little heavier and more durable. It comes in only four colors: Silver, Graphite, Gold, and Sierra Blue.

All iPhone 13 models share the same A15 processor. It's got six CPU cores (two high-performance and four high-efficiency) and 16 Neural Engine cores. Interestingly, though, the Pro models have five GPU cores while the non-Pro models only have four. This is the first time Apple has segmented the iPhone line this way, and it's quite interesting.

That fifth core could mean as much as 25 percent better GPU performance on the Pro models in benchmarks, though we suspect the benefit in real-world applications will be somewhat less.

Apple doesn't really divulge the battery capacity of their phones, so we have to wait for a teardown to learn specifics. Still, the company says the battery should last longer in the iPhone 13 Pro. 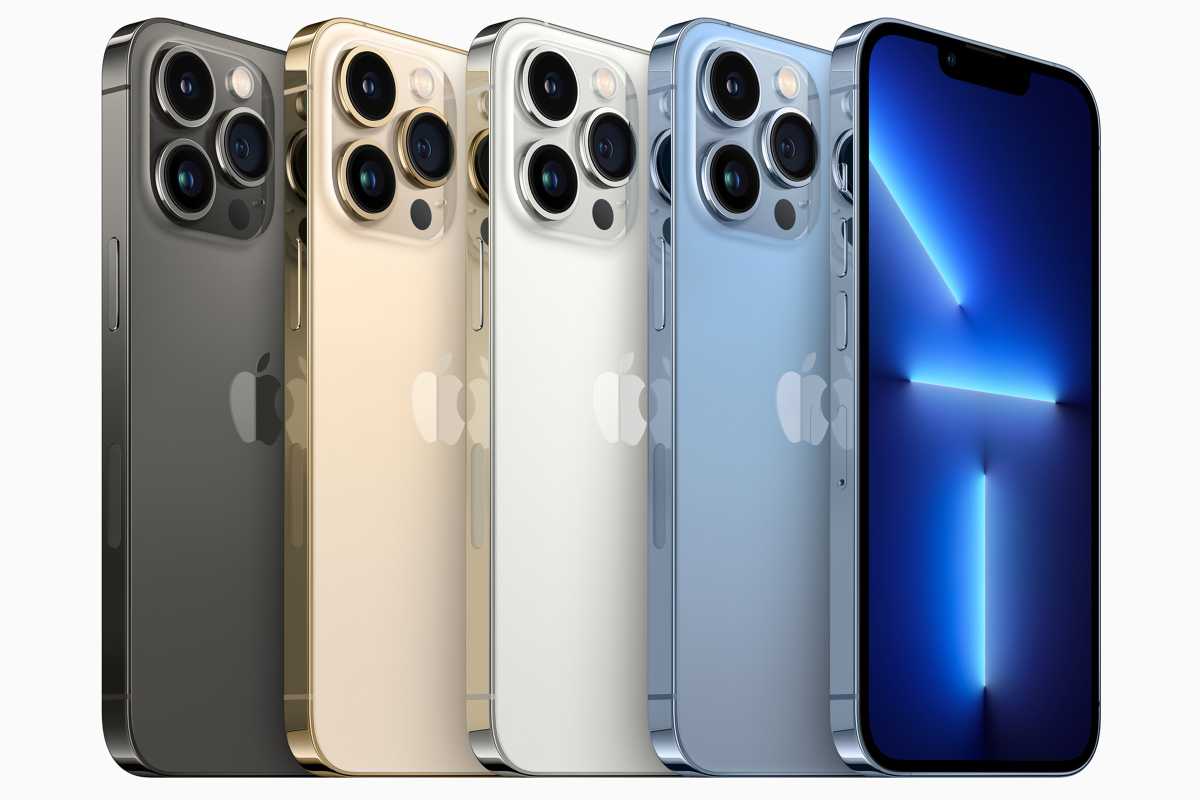 Do you need a 1TB phone? I guess that depends on how much ProRes video you plan to shoot.

Which should you buy?

In every other respect—CPU, design, charging, 5G—the iPhone 13 and iPhone 13 Pro are the same. Focusing on the differences has a way of really making the iPhone 13 Pro seem a lot better, but you should consider whether you really care about those features or not. If most of the features don't seem like the sort of things you care deeply about, you're just throwing away up to US$200 / AU$350 for no good reason.

We'll reserve our judgment until we thoroughly review both phones. The difference in battery life, GPU performance, and the experience of the 120Hz ProMotion display are key to the iPhone 13 Pro value proposition. Until we really get to see how those impact our daily lives, we won't necessarily recommend one over the other. On paper, however, the iPhone 13 Pro seems worth the extra cost if the camera and display matter to you, especially if you hold on to your iPhone for several years.

The Apple iPhone Pro is available on postpaid plans via Telstra, Optus and Vodafone via the widget below: