Nearly everyone knows traditional routers—they've been around forever at this point. You need just one to manage the internet connection provided through your modem. For some folks, this may be the combination modem/router (also known as a gateway) provided by your service provider.

Mesh routers came on the scene around 2015, and with them came a different kind of setup that relied on multiple devices. Usually you place at least two nodes around your house, with the option to easily add more for thorough coverage. The arrangement can be repositioned and/or expanded as needed to eliminate dead zones.

But though mesh routers are newer, they don't make their traditional counterparts obsolete. They're just different. And because mesh routers are generally pricier when compared to traditional routers with similar features, people often wonder if they're really worth it. So we've laid it all out here in a showdown, so that you understand the pros and cons of each when it comes to key features. Spoiler: A lot of what makes one better depends on your living situation. 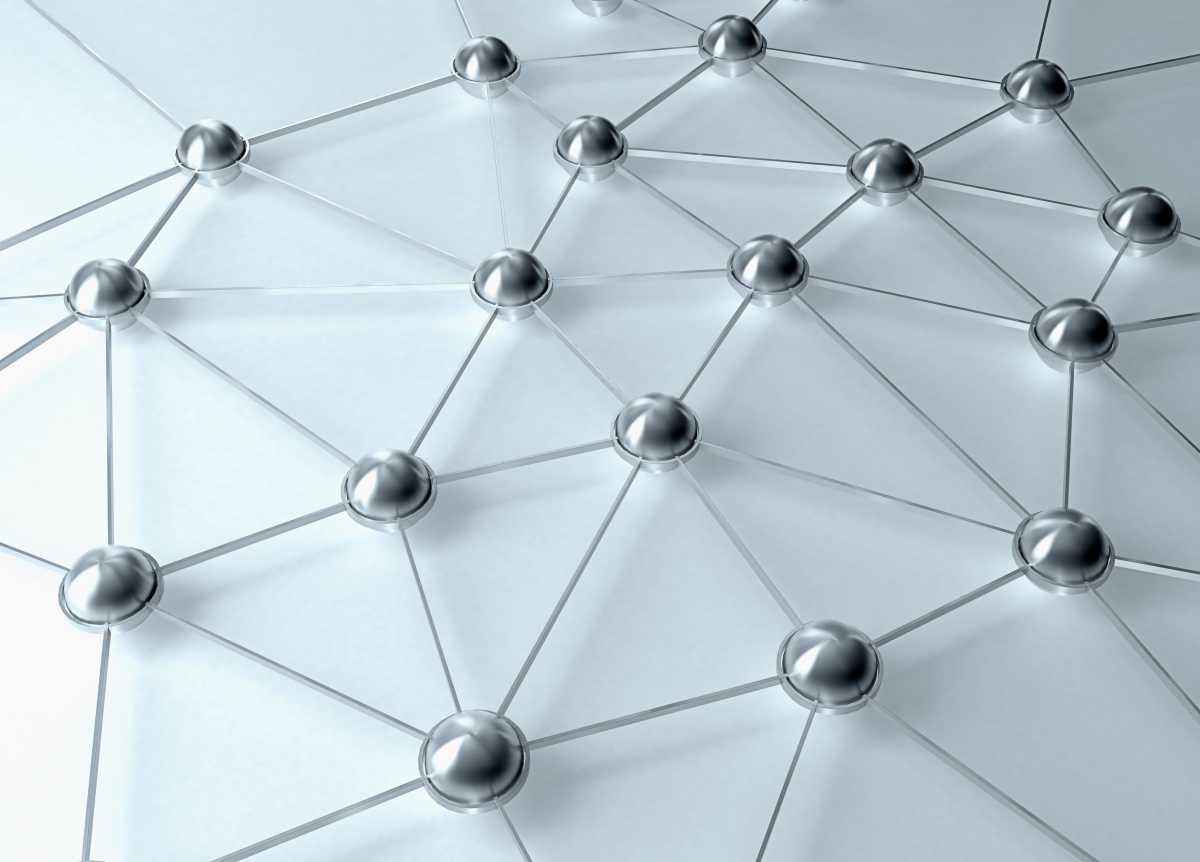 Mesh routers provide Wi-Fi coverage in a different way than traditional routers. This is how the network would look in physical form. Image: Thinkstock

Everyone wants a router that provides a strong, stable signal no matter your location in a home. And both mesh and traditional routers can provide that out of the box—depending on the type of home you live in.

Because a mesh network relies on multiple nodes, it's a good option for homes with multiple stories or a wide, spread-out floorplan. The coverage works like a series of dots all interconnected to one another, hence the name mesh. The nodes can talk to their nearest neighbor(s) to relay the signal back to the node that is connected directly to the internet and is managing traffic on your network, which provides two benefits. First, the signal can stay stronger because it doesn't have to travel as far between nodes. Second, delays at the hub are minimized because the data can take different paths to get there. And should your home still have any dead zones, you can just reposition the nodes or buy more to ensure thorough coverage.

Our pick for best Mesh system

In contrast, traditional routers operate as a single point that transmits and receives data. When a device communicates with a traditional router, the signal has to travel the full distance from wherever it is to the router's location. That can create areas with a weak signal or outright dead zones wherever the signal isn't strong enough to travel that far or penetrate barriers like walls or doors. Traditional routers can provide good coverage in homes with smaller square footage and a one-story layout, like apartments or smaller houses. The outer edges may have a weaker signal or occasional drop-outs, but you can easily overcome those by adding Wi-Fi extenders to your network. (So you don't have to dump your existing traditional router if it's still relatively new and functioning well, and you need to address a specific dead spot.) 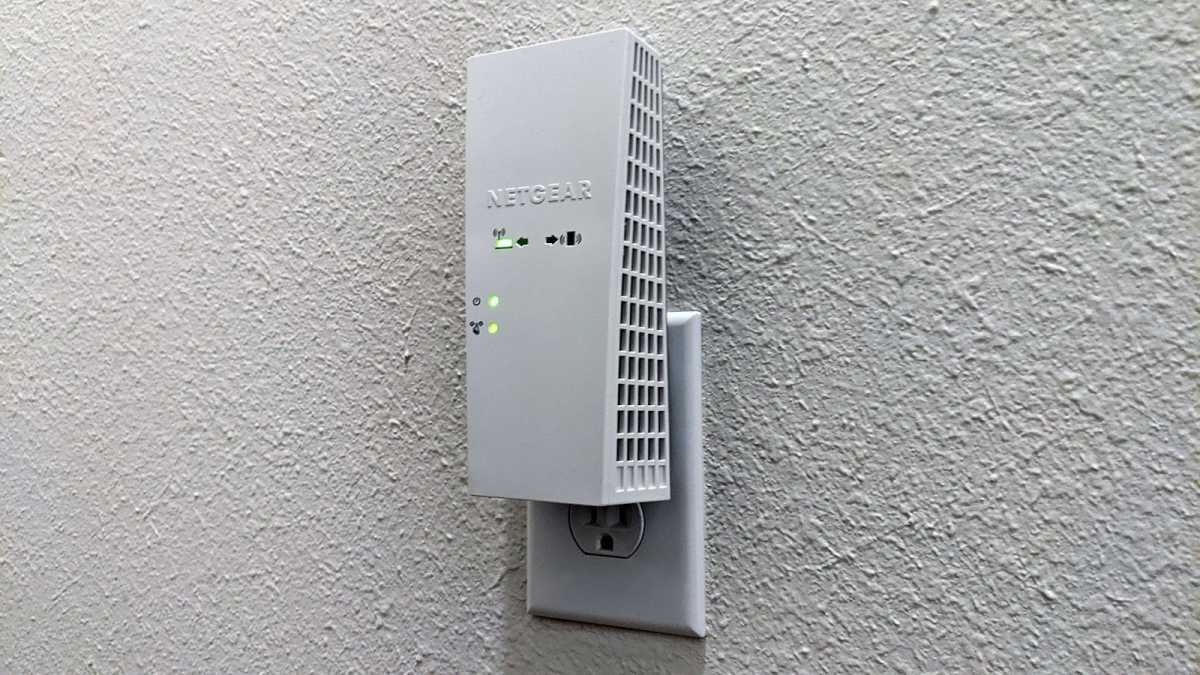 We recommend Wi-Fi extenders over Wi-Fi repeaters—the latter can end up affecting the speed of your wireless connections, as our guide explains. Image: Michael Crider / IDG
Based on Wi-Fi coverage performance, you can't go wrong with a mesh router. For example, even if you live in a small apartment or house, some have materials in their walls that can attenuate wireless signals and make a traditional router less effective. Mesh routers also offer a smoother experience. While you can add Wi-Fi extenders to expand a traditional router's coverage, similar to adding more nodes to a mesh network, the hand-off isn't as seamless as with a mesh network.

For these reasons, mesh wins this category—but coverage isn't the only factor to take into account when buying a router.

Besides coverage, the other major factor in choosing a Wi-Fi router is price.

On this front, mesh routers definitely make you pay for what you get. A set of two to three nodes ranges from about US$130 to US$350, with speed and features dictating price. On average you'll spend about US$170 for a lower-end model and around $300 on the higher end. (Obviously, the total goes up as you add more nodes.) You can also start with a single node, but the price still starts higher than a traditional router—usually around US$80.

Catch the right sale and you can get a Wi-Fi 5 traditional router at very affordable prices. Image: Amazon

When comparing routers with similar specs, traditional models range from about $60 to $350. Prices go even higher if you want bleeding-edge tech. On average, expect to pay $80 for a decent basic model and US$250 to US$300 for a high-end model. Traditional routers often drop lower in price when on sale—you can sometimes find basic ones for as cheap as US$35. If a traditional router works well in your home, you can definitely save cash by going this route. 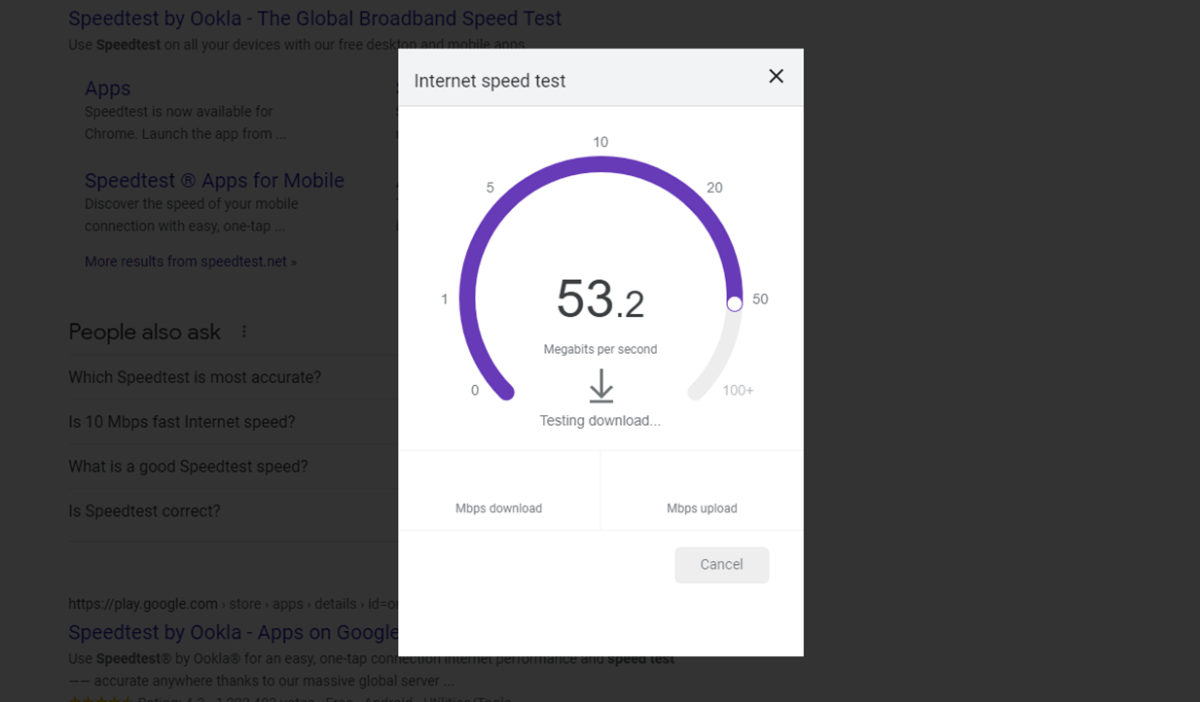 Wi-Fi speed is more than just the numbers you see in tests. Image: PCWorld

But speed also relates to how fast the connection feels when using it. A couple factors affect that subjective impression—a nd are often the reason why people say, My internet is slow sometimes, but my service provider says my connection looks fine.

One is the distance between communication points. The further a signal has to go, the more it degrades. That can lead to spots in your home with a weak wireless signal, which can make your connection feel sluggish. Also, if signal quality deteriorates enough, you can experience choppiness or even drop-outs in the connection, which also make it feel slow.

How your traffic routes on the network matters, too. If your router can only handle transmissions from one device at a time, you'll end up with some devices waiting their turn—and those delays make a connection feel slower. 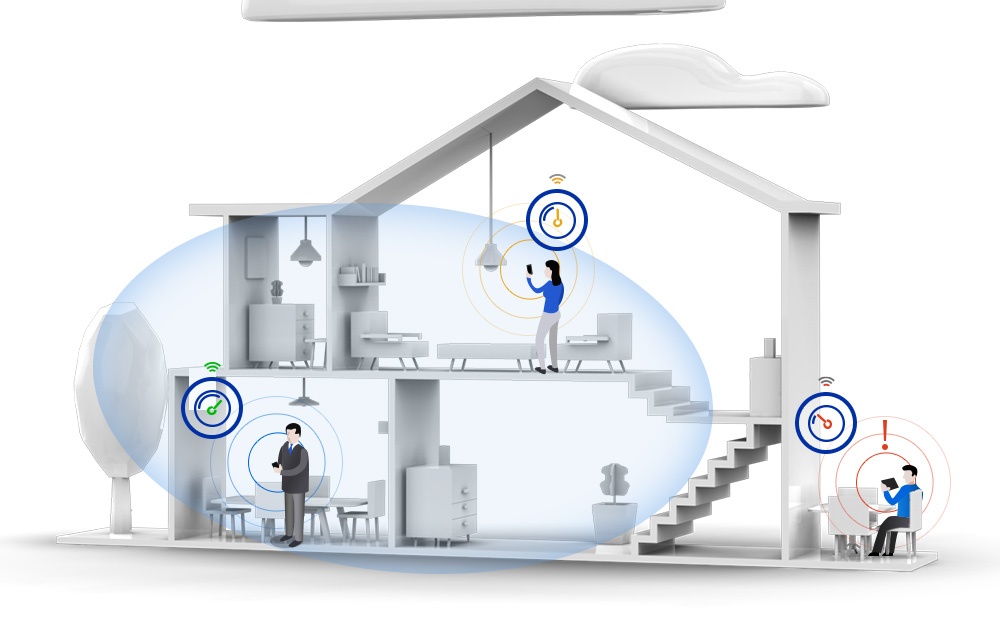 As this picture from Linksys shows, the further you are from the router, the weaker your signal will be. Eventually, it dies off all together.Linksys

Signal issues are easily addressed with a mesh router. Not only can you reposition nodes or add more of them, the nodes can all talk to one another. The wireless signal never has to go as far, no matter where you are in your home. Most importantly, this system works seamlessly. Purchasing Wi-Fi extenders to use with a traditional router to alleviate signal woes isn't as smooth. Some Wi-Fi extenders operate on a separate SSID and password. The handoff between the extender and the router can sometimes get stuck too, leaving you in connection limbo.

When it comes to the issue of traffic routing, it's more of a draw—you can avoid that kind of transmission delay by buying a mesh or traditional router that includes MU-MIMO as a feature. MU-MIMO allows a router to handle traffic from multiple devices at the same time.

Mesh routers won't be the fastest solution for everyone, of course. But they eliminate the main cause of speed problems for most people, and do so in an elegant, simple way. 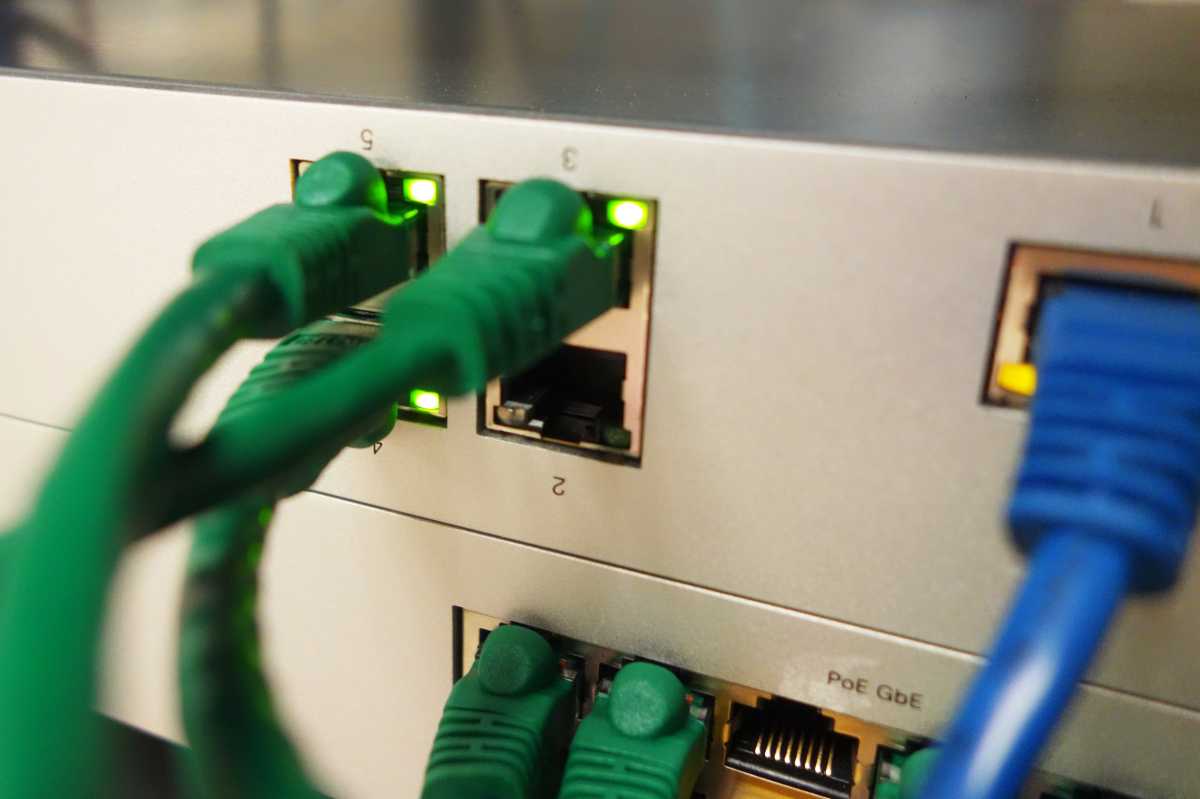 A wired connection is faster and more stable than Wi-Fi could ever be. And so for gamers and streamers in particular, running ethernet cable to your router can ensure stress-free sessions.

Traditional routers have better support for wired connections. Even the most basic models come with four ethernet ports for connecting a PC, printer, network-attached storage (NAS), or other compatible device.

Mesh routers don't reliably offer that many ports. Some hubs (nodes that can function as the router for the mesh network) only come with two. One is for connecting to your modem, while the other is for creating an ethernet backhaul—aka using a wired connection between nodes—when a wireless connection isn't quite cutting it.

Of course, you can increase a mesh router's available ethernet ports by purchasing an ethernet switch. (Same for a traditional router too.) But since that requires an extra step and more cash, the winner on this point goes to the easiest solution out of the box.

So on this point, it's a draw between the two router types. Instead, research the particular models you're interested in to see how good the interfaces are, as the quality varies between manufacturers. 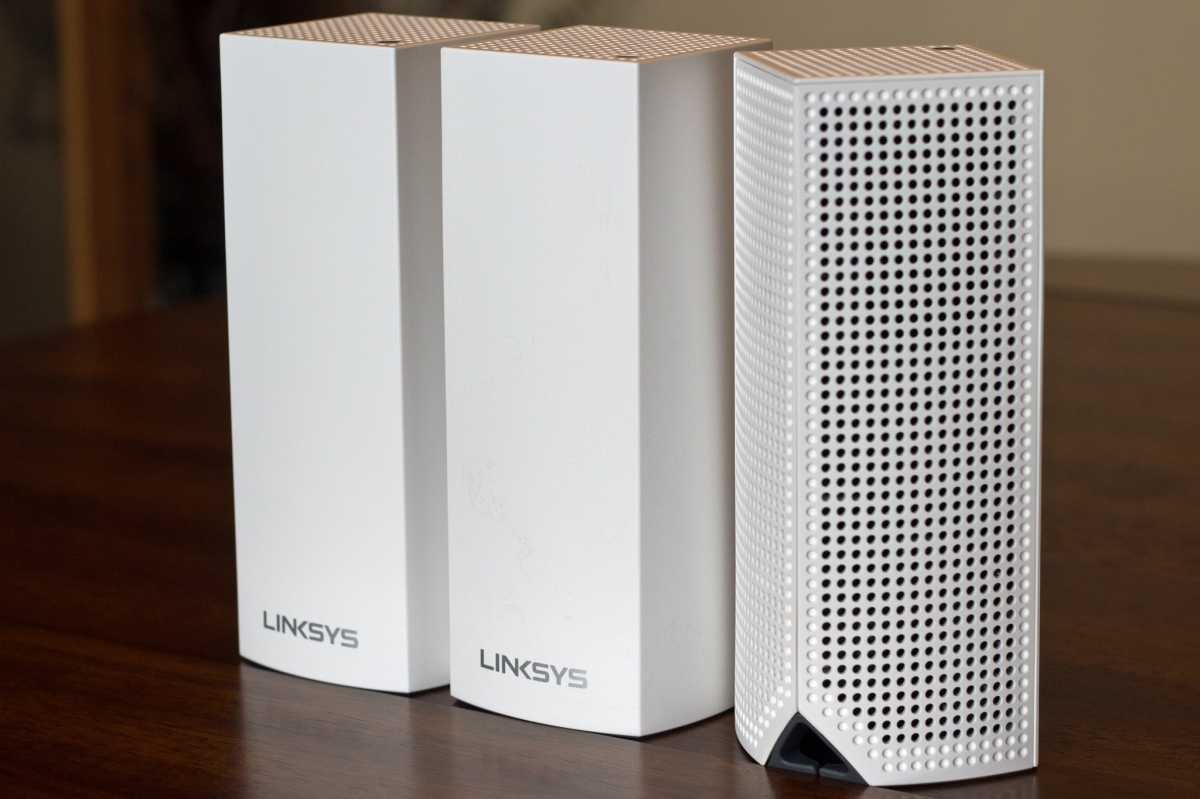 Mesh routers win this showdown, but they may not be a perfect fit for your situation. Image: Michael Brown / IDG

You can't go wrong with a mesh router. You may overspend for your situation, or not have the most optimal setup out of the box, but you can't actually misstep. Combined with how easy setup and future network expansions are, mesh nabs the crown in this showdown.

(Don't have time to research which model to get? Consult our list of the best mesh routers.)

But as said earlier, mesh routers aren't inherently superior to traditional routers. Everyone has a different home layout, budget, feature requirements, and number of active users and devices. The actual winning router type is the one that best matches your situation.