We don't know what the D in Acer's ConceptD lineup of creative laptops, stands for but it might as well be different, because you can nowt get an Ezel version, glassless 3D, and one with a standard 16:10 panel too.

The ConceptD 3 Ezel is the one that'll get the most attention due to all the fuss raised over Microsoft's Surface Laptop Studio, which essentially mimics what the Concept 3 Ezel did already with a hinged, pull-forward display.

The updated ConceptD 3 Ezel moves up to Intel's 11th-gen Tiger Lake CPU and to Nvidia's GeForce RTX 3050 Ti GPU. Display options also seemed to have been given a kick upstairs with a 15.6-inch screen resolution option of 4K now available. The laptop's weight is reasonably light at 3.7 pounds, too. 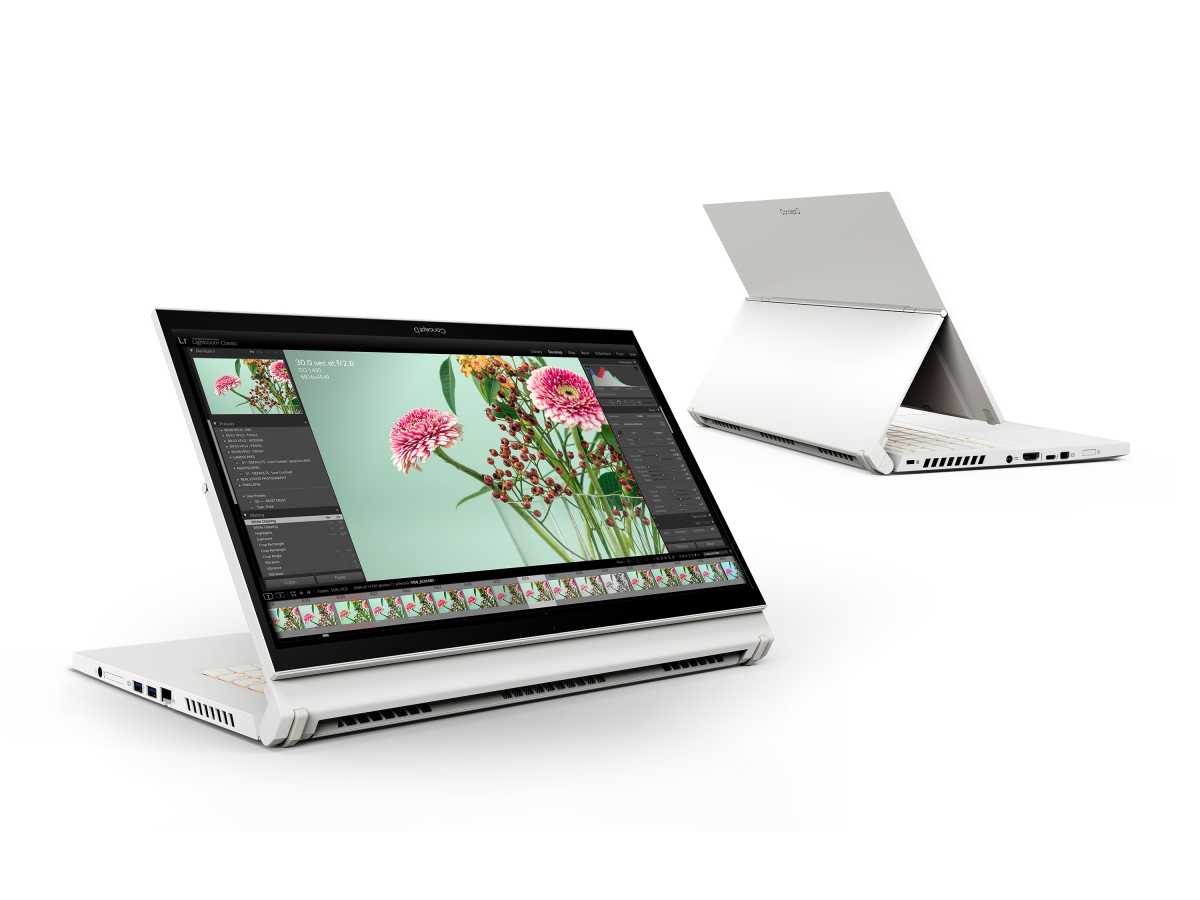 Most consumers would recognize this from Nintendo's 3DS but what Acer does is far more advanced. Previous attempts at glassless 3D have had very limited sweet spots, requiring your head to be in a particular location to be effective. SpatialLabs uses eye-tracking technology built into the bezel of the ConceptD 7 notebook to follow your eyes and apparently make it more compelling than previous attempts on laptops. Still don't get it? You can watch the promotional video Acer put out in May, when it first showed off the SpatialLabs technology.

The 15.6-inch screen in the ConceptD 7 Spatial Labs features a 4K screen in 2D mode that's Pantone certified for color accuracy. A optical lens sits over the primary display to drive the special 3D effects. Inside the ConceptD 7 SpatialLabs you find Intel's 11th-gen Core i7-11800H, a GeForce RTX 3080, up to 32GB of DDR4, a 2TB SSD, and 84 watt hour battery. The laptop itself will weigh 5.5 pounds. 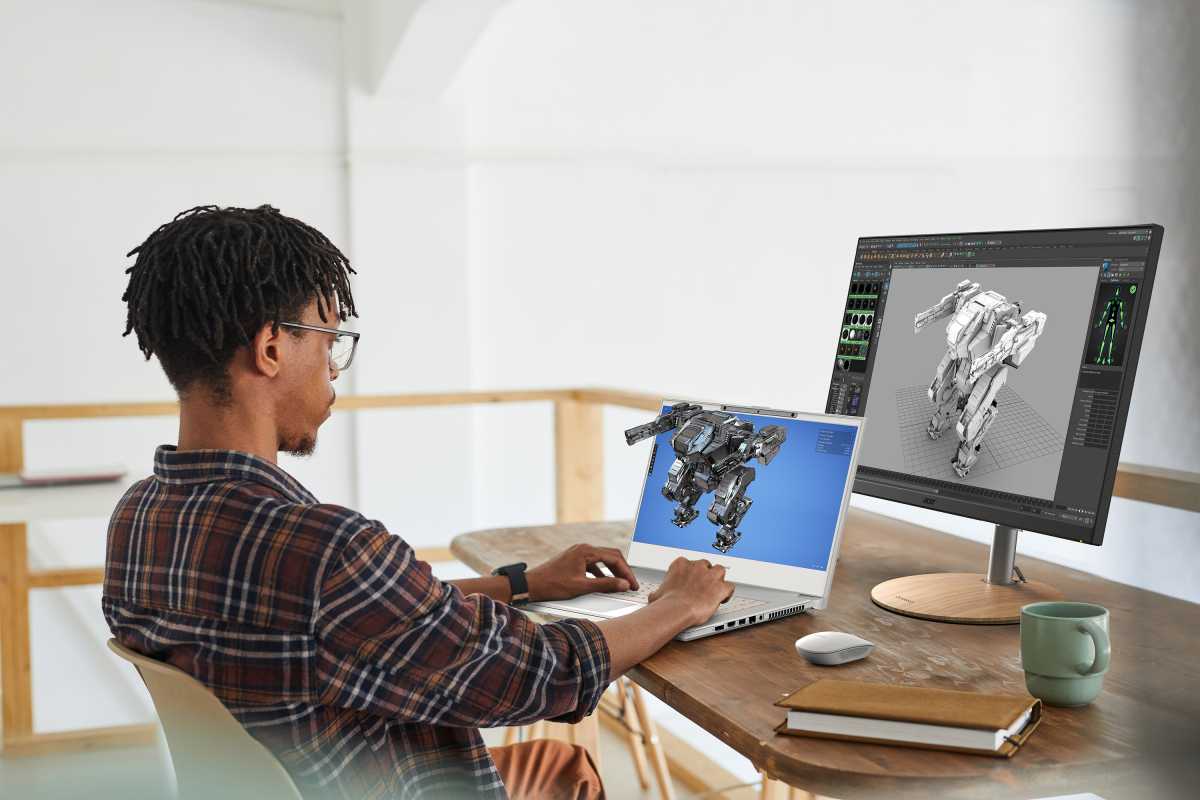 The ConceptD 7 SpatialLabs edition uses a lenticular screen and the ability to track your eyes to create a glassless 3D models effect. Image: Acer

After the two previous laptops the Acer ConceptD 3 will seem plain boring, but it's actually a pretty big update. While the previous Acer ConceptD 3 featured Intel's 10th-gen processors, the updated one receives Intel's much-improved 11th-gen CPUs. More important is the screen, which goes from the older version's 15.6-inch 16:9 panel to a 16-inch 16:10 panel with a resolution of 1920—1200 and 400 nits rated brightness. If you think 15.6 to 16-inch screen is no big deal, we recommend that you read this story to see why it matters.

Thanks to the 11th-gen Intel CPU, the ConceptD 3 now also gets a speedy PCIe Gen 4.0 SSD, which is sure to make creators smile. Battery options range from a 56 watt hour to a 74 watt hour option.

Pricing and availability of the new ConceptD lineup wasn't announced. 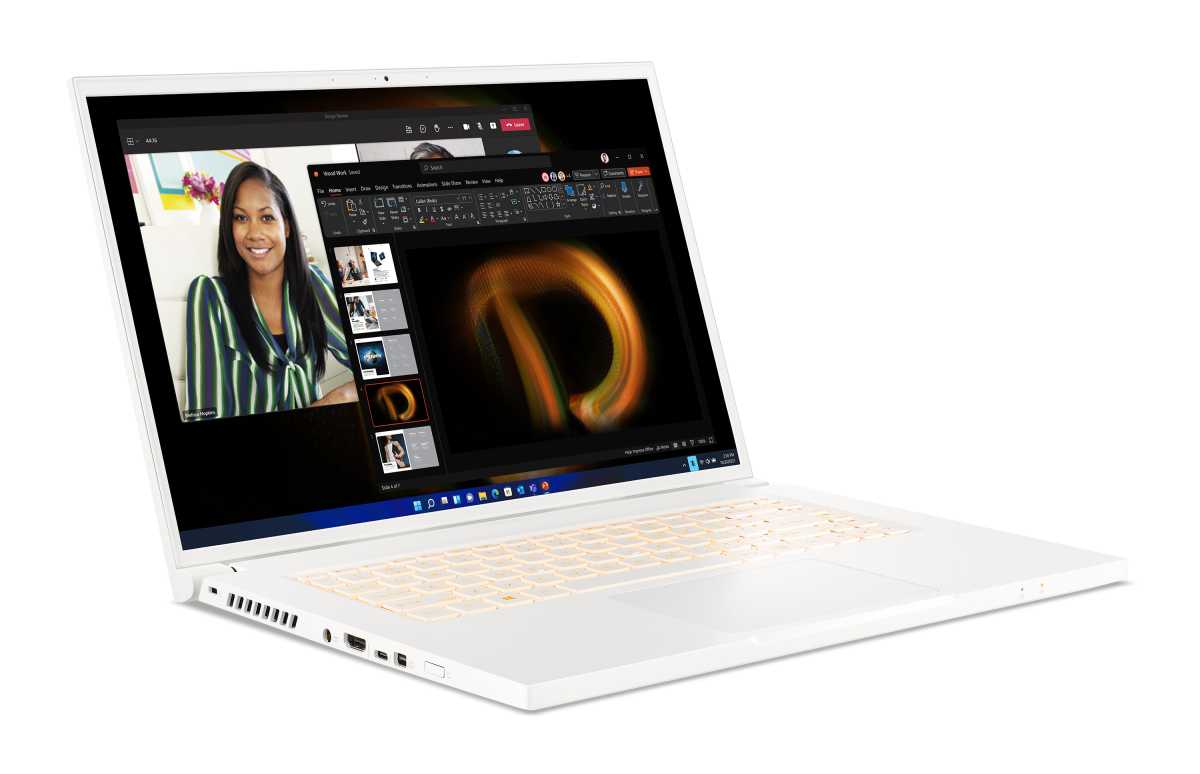