Safari in macOS has been on something of a rollercoaster this year. After a massive redesign was introduced in macOS 12 Monterey, Apple gradually rolled back some of the biggest changes, from a single condensed strip to series of floating tabs with a color-tinted address bar.

If you updated to Safari 15 in Big Sur or Catalina, you've already been using the new look. You've probably gotten used the separated tabs by now and maybe even like them, but Apple has gone and changed things again in Safari 15.1, which is waiting for you in Software Update. And if you like things the way they are, you probably shouldn't update. 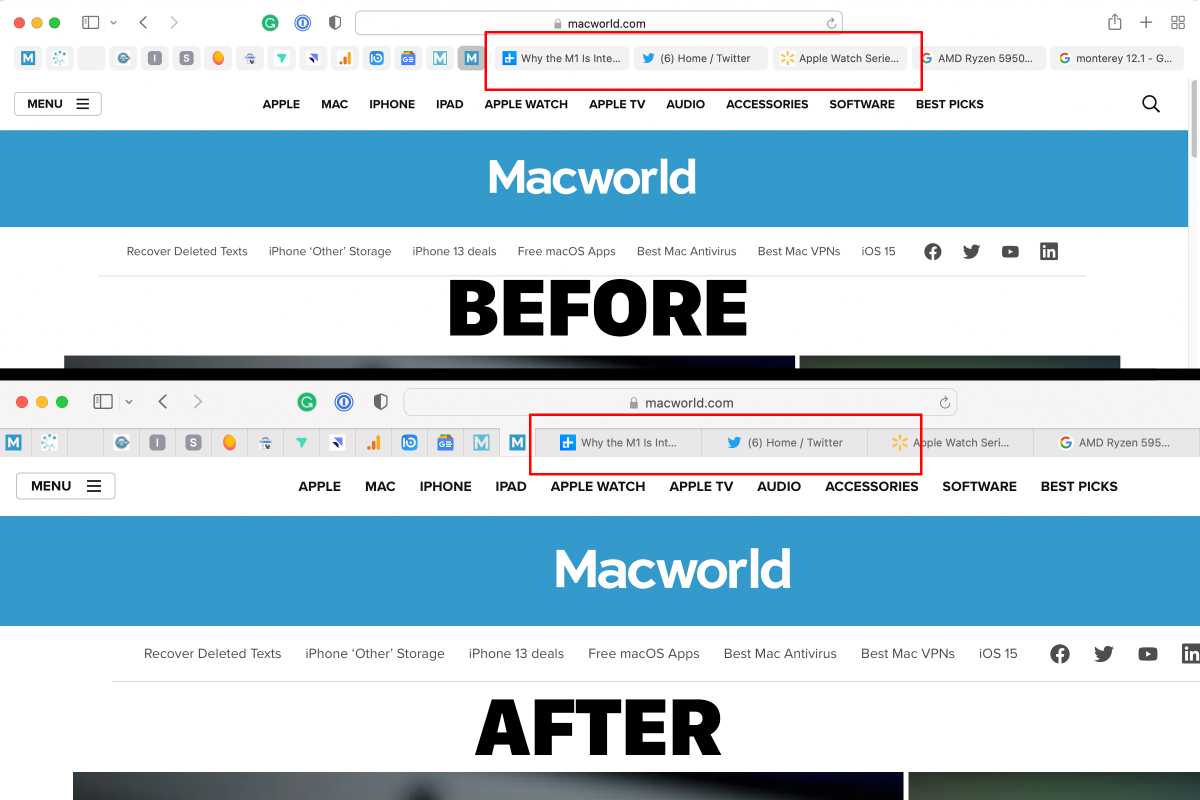 The tab and address bars return to the way they looked before in the newest version of Safari.

Apple has basically returned Safari back to the way it was before. Gone are the floating tabs and the tinted address bar, and in their place are the old look with a slightly transparent address bar and connected tabs. It's largely an aesthetic change, but the new version seems stale comparatively.

Apple has added an option to the Tabs section of the Safari preferences that lets you choose between Compact and Separate, but it only switches between the old version and the extreme redesign from the original betaâ€”a single row for the address bar and tabs and no visible reload button. It's not great.

Now there's a disconnect between Safari on the Mac and Safari on the iPhone and iPad, and it feels like Apple is backtracking for no reason. The previous changes struck a nice balance between the new and old, and we don't know why Apple decided to reverse the new look after rolling it out. But if you like it, you should hold off on updating Safari for a while.