If you're looking to build a powerhouse PC, one of the first things you need to do is pick your poison: AMD or Intel? Both companies are making some absolutely fantastic CPUs and adjacent platforms, so there's really no wrong decision here.

But to hell with that fence-sitting BS: It's still a decision you have to make. So you might as well make the right one, right? Intel's spanking-new 12th-gen Alder Lake CPU series is busting benchmarks, but there are still plenty of reasons to stick with AMD's Ryzen 5000 architecture from last year — or to wait it out and see what comes next. Let's break it down, shall we?

Assuming that you're basing your decision on a budget for a PC build, and that you're phenomenally lucky and manage to find a CPU at the base retail price, Intel and AMD's options boil down to a few standard tiers:

Note that Intel's slightly less expensive CPUs, the F series, lack integrated graphics and need a separate GPU. You'll also need to pair Ryzen processors with a discrete graphics card. Since Intel is certainly swinging for the fences, we'll include the top-of-the-line, 16-core Ryzen 9 5950X in this comparison too. It doesn't have a direct competitor in the Core i9 series, since the 12900KF tops out at 8 cores, but Intel manages to make it a pretty even fight anyway. If you're willing to spend $800 on a CPU alone, more power (supply) to you.

We have an exhaustive review and benchmark of the top-of-the-line Core i9 12900K (the slightly cheaper model with overclocking disabled) and the more budget-friendly Core i5-12600K. You can check out that review here if you want to dig into the numbers.

Long story short: The 12th-gen Intel processors tend to beat out their competition on the AMD side of the aisle with a decided advantage. The i9-12900K even outperforms the much more expensive Ryzen 9 5950X, despite its double performance core count, in at least some tests. While there are some exceptions, Intel's showing a solid advantage of approximately 10 percent in practical, measured speed for complex CPU tasks over the equivalent AMD processor. 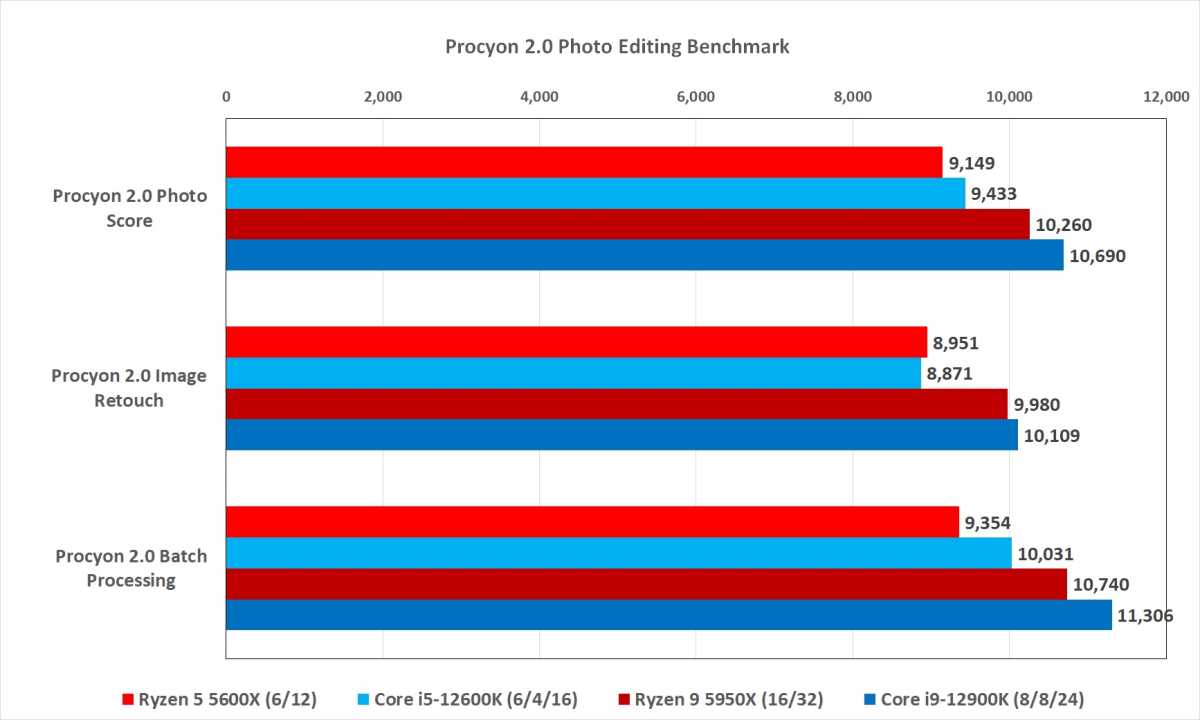 This advantage is extended in a few specific applications, notably Adobe's Creative Cloud suite of content creation programs and in demanding Microsoft Office scenarios. In Office in particular, the cheapest Core i5 Alder Lake processor, with just six primary cores, can beat the performance of the mighty 5950X. 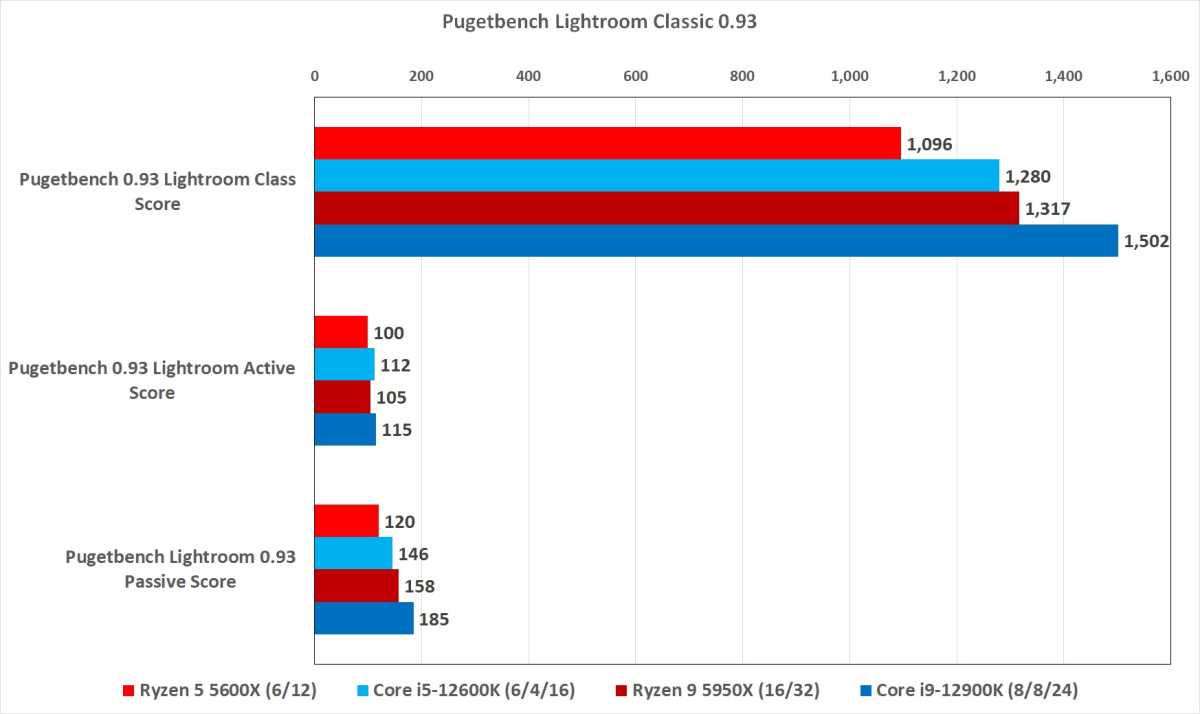 What about gaming? That's not a hugely relevant question here, since the bottleneck for PC gaming is still going to depend much more heavily on your GPU (assuming you can find one). But for what it's worth, testing in comparable setups showed the Intel processors with a small framerate advantage in most games. All of these processors rock for gaming, though. 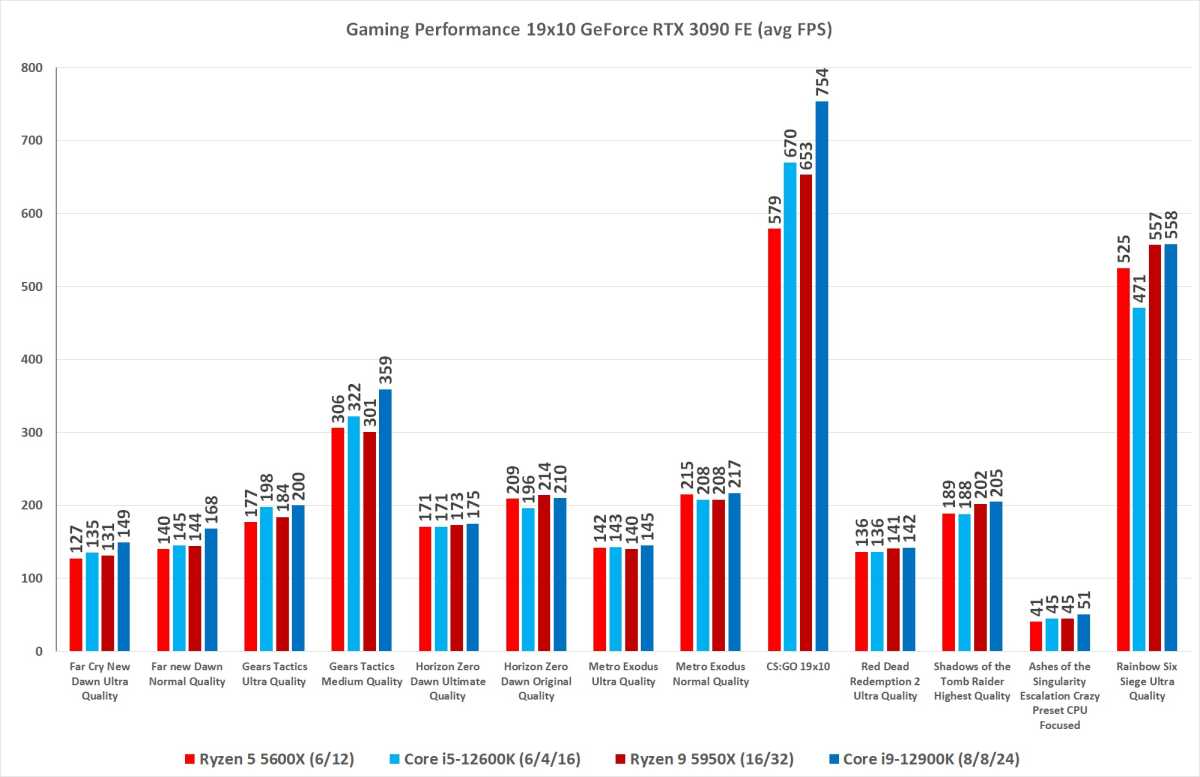 The advantage over both AMD and previous-gen Intel chips is particularly dramatic when you compare processes that rely on single threads. While the 5950X can still beat out Intel's best when multiple processes are thrown at it, the Core i9 12900K wins in just about every other scenario.

Perhaps even more crucial than the performance gains of an improved design is the fact that Alder Lake processors support the brand new PCIe 5 expansion card and DDR5 memory standards. That means approximately double the data bandwidth for future graphics cards, and boosted speed and single-DIMM capacity for RAM. 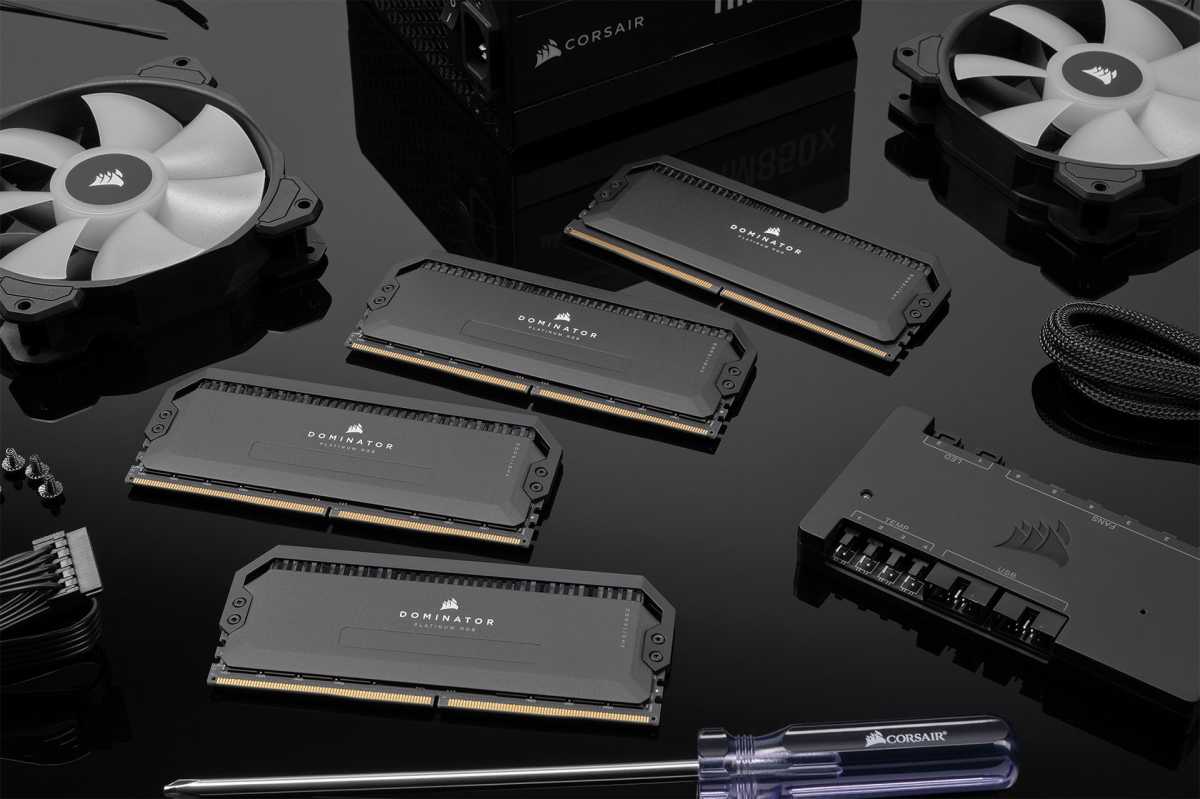 The Ryzen 5000 series relies on the most powerful options that were available when it was introduced: PCIe 4 and DDR4. These are by no means bad options — in fact, they haven't yet made graphics cards that can really max out the capacity for PCIe 4 — but it means that you'll hit a ceiling on your upgrade options rather quickly if you build a new machine with Ryzen 5000 in mind.

3: It's going to cost a lot for an Intel upgrade

Let's assume for the sake of this article that you can find new hardware at roughly its retail price. You probably can't, due to the ongoing semiconductor shortage. But we can also assume that price changes driven by scarcity will scale at approximately the same rate once the initial rush for Alder Lake hardware is over.

So you're building a new PC, and you want the newest CPU from either Intel or AMD at its core. There's no getting around it: Even with prices for the CPU roughly comparable at different tiers, you'll pay more for the Intel setup. That's because you'll need to buy the latest generation of motherboard, with support for its brand new LGA 1700 CPU socket and new chipsets, along with DDR5 memory. And in Alder Lake's early days at least, only high-end Z690-class motherboards will be available, with mainstream and budget boards still to come. At least PCIe 5 expansion slots will remain backwards-compatible with current PCIe 4 cards, so there's no need to track down a new GPU any time soon. 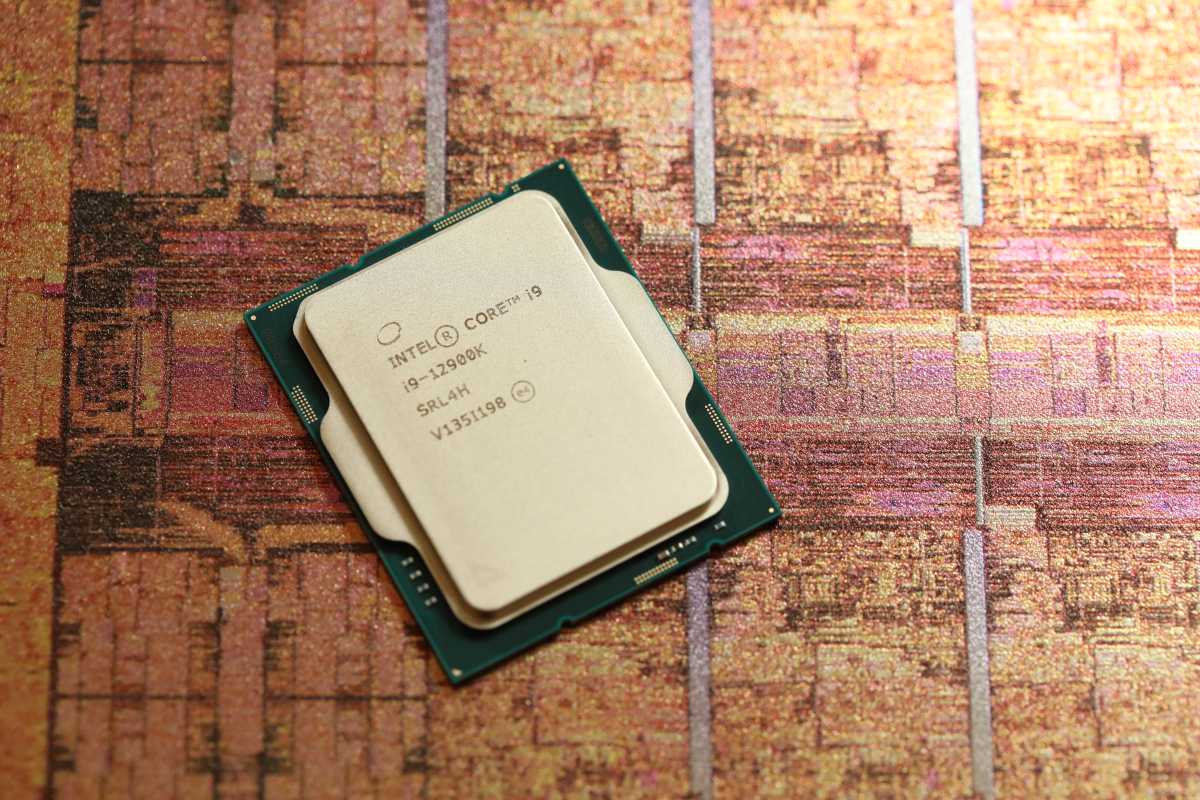 These new motherboards and memory DIMMs will be in both high demand and short supply, especially as the new CPUs launch. Even base retail prices (before scalpers artificially inflate the market) will be considerably higher than you're used to for brand new technology. And with those new socket and memory standards, you'll have to leave some of the most expensive parts of your old PC behind.

On the other hand, if you've already invested in a gaming PC, the Ryzen 5000 series could represent a cost-efficient upgrade. Even the most bombastic Ryzen 9 5950X processor works with the reliable AM4 CPU socket, so you can bring along an older motherboard if you're already on a Ryzen system. And even if you need a new board, your old DDR4 memory can come along for the ride. So if you already have a desktop PC build that's fairly recent, and you're looking for a budget-friendly upgrade instead of a complete replacement, AMD is the easy choice here.

4: Alder Lake chips (and other parts) might be hard to find

There's no getting around this: New 12th-gen Intel processors might be be hard to find at launch. Ditto for the new motherboards and RAM modules that you'll have to pair with it.

Even in the best of times these complex components would have limited production due to new fabrication processes. But with the chip shortage extending for another year (at least), they could be especially difficult to track down. Be prepared to spend long nights hunting online, or busting out a lot of money on the secondary market, to get your hands on them if you miss out on the initial stock drop.

AMD's Ryzen 5000 processors aren't exactly easy to find, either. But with a year of production behind them, not to mention plenty of people hunting for newer options, they should be notably easier to actually procure than the latest and greatest Intel chips. If you're looking to save time, money, and frustration on a high-end build, Ryzen is the way to go.

5: You might want to wait for AMD's next-gen offering

Between a performance upgrade that's mild for most real-world applications, and a huge amount of time and money needed to actually get it up and running, the latest Intel hardware isn't necessarily a slam dunk against AMD, even though Alder Lake crushes Ryzen 5000 in performance. That being the case, PC builders who can wait for an upgrade would be wise to do so.

Concrete details on AMD's next-gen hardware is scarce. But the company has confirmed that its current Zen 3 (Ryzen 5000) chip line will be upgraded in 2022 with a revolutionary new V-Cache technology, and the next-gen Zen 4 architecture will debut in the same year. While the Zen 3 upgrade will mean newer chip options for the Ryzen 5, 7, and 9 CPUs listed above, the Zen 4 series will presumably be made to compete — and possibly surpass — the latest and greatest that Intel has to offer. 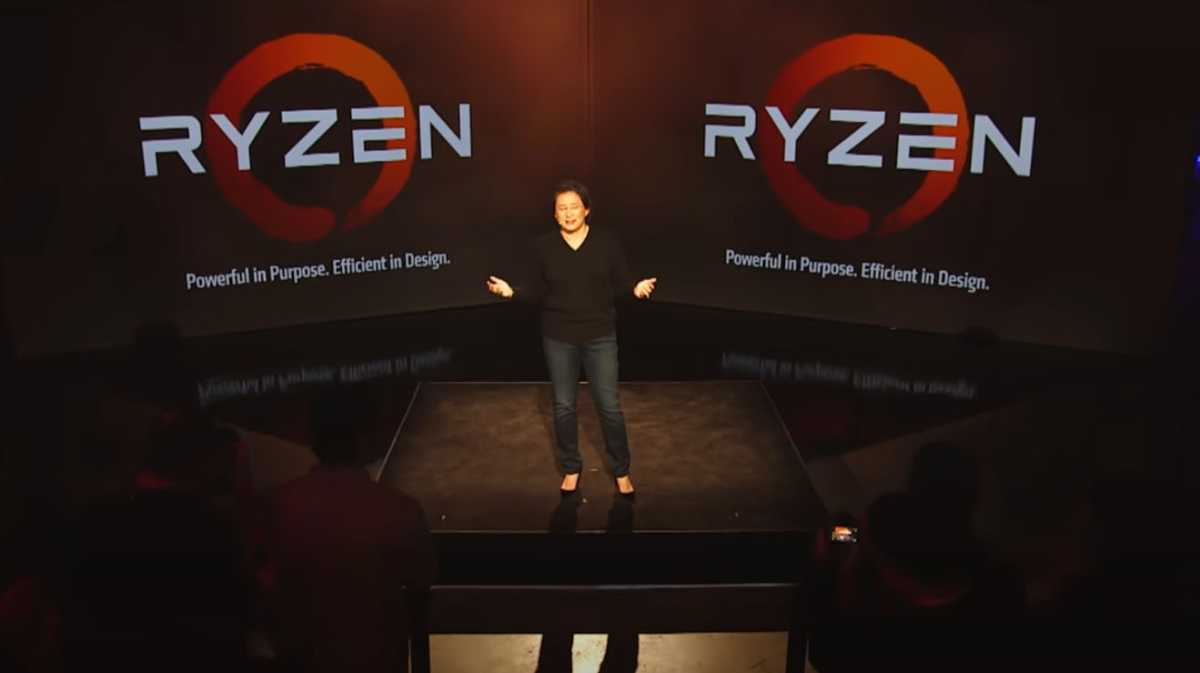 AMD has confirmed that its next-gen CPUs will also use a brand new socket, finally surpassing the venerable AM4, and support DDR5 memory. That will make them both more direct competitors to Alder Lake and later chips using Intel's LGA 1700 motherboards, and better-positioned for consumers who want to invest in hardware that can be upgraded long-term.

It's impossible to predict which company will be more competitive a year from now. But it's safe to say that, if you already have a desktop PC that meets your current needs, you won't be disappointed if you wait to find out. And if you're looking to build a new PC from scratch right now, Intel once again holds the performance crown with Alder Lake.

Identity fraud: One in four Australians fall for it, so what can be done?
More from Norton LifeLock