PC brands love to tout expensive, high-end laptops, but history has shown most people buy a budget laptop. And why not? A US$500 laptop can be a capable machine that will serve you well for years.

There's just one problem: the brands are on to you. They've flooded the market with hundreds of slightly tweaked configurations designed to maximum profit. Choosing the right budget laptop is difficult if you don't know what to look for. It can get especially tricky around Black Friday, where you'll often find retailers trying to offload less desirable older or poorly configured models amongst all the deals.

Our guide can help you buy a budget laptop without getting screwed by its specifications. For more concrete buying recommendations across a mix of budgets, our roundup of the best Early Black Friday laptop deals can also help.

The most important choice you must make is the operating system. Budget laptops run Microsoft Windows or Google ChromeOS. The latter is often less expensive, with budget Chromebooks sold for as little as US$125.

ChromeOS is a fast, smooth, simple operating system ideal for people with a good Internet connection, a preference for Google services, and basic expectations. You will access most apps and services online and have a more limited selection of apps and services to choose from.

Windows is versatile, powerful, and functional. You have access to hundreds of thousands of applications to handle any task. Most keyboards, mice, and displays are designed for Windows first, though they may also work with ChromeOS. Windows isn't as as smooth as ChromeOS and requires a more powerful laptop to run well.

Processor: Stick with Intel Core i3 or AMD Ryzen 3 (or better)

Budget laptops are sold with a variety of low-end processors you'd never see in more expensive PCs. You'll encounter not only budget-tier Intel Celeron and AMD Athlon processors, but also processors from MediaTek and Samsung.

Avoid them. These processors are based on old designs and performance can significantly lag more recent options.

Intel's Celeron and AMD's Athlon processors are not much better than MediaTek. Laptops with these processors can hit prices below US$200, but quicker machines remain affordable. You can find Intel Core i3 and AMD Ryzen 3 in laptops that start at US$300. That's a better value. 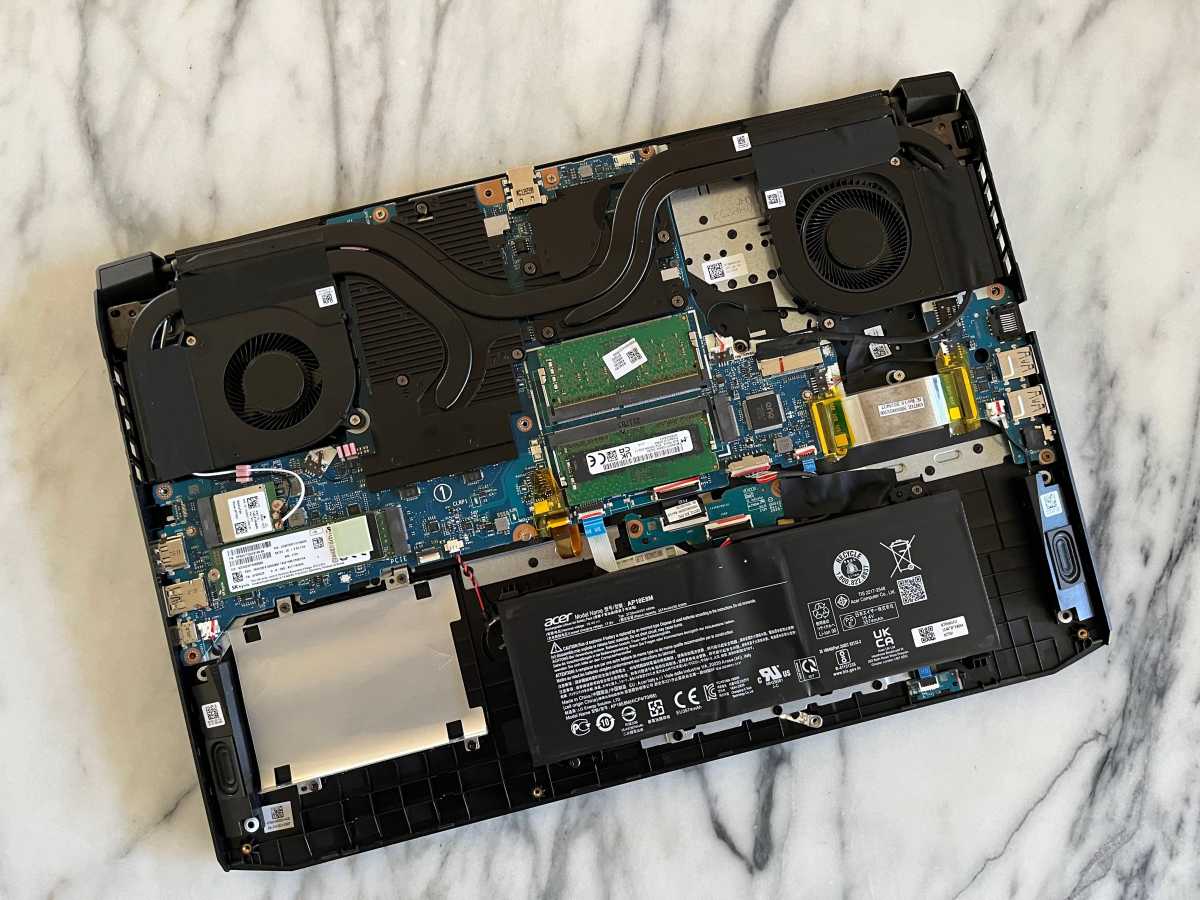 RAM: Aim for 8GB, but you can get by with less

RAM, also known as memory, is important for multitasking and more demanding applications. 8GB is the sweet spot for a budget laptop. Apps that require more RAM won't perform well on a budget laptop for other reasons, anyway.

8GB of RAM will push on the upper end of a $500 budget. I recommend leaning towards a machine with 8GB of RAM when you have the choice, but you might have to settle for less. Many budget laptops have 4GB or, less often, 6GB.

That's fine. Really. Even 4GB of RAM is fine for web browsing, writing a term paper, online shopping, personal accounting, and hundreds of other computing tasks. Just don't pick up photography or video editing as a hobby.

Hard drive: Aim for a 128GB SSD or better

Look for a hard drive with at least 128GB of storage. This is still tight, but it's manageable if you stick with cloud storage for large files and use apps larger than 10GB in size. 256GB of storage is a better bet, but you'll have a hard time snagging that for under US$500. 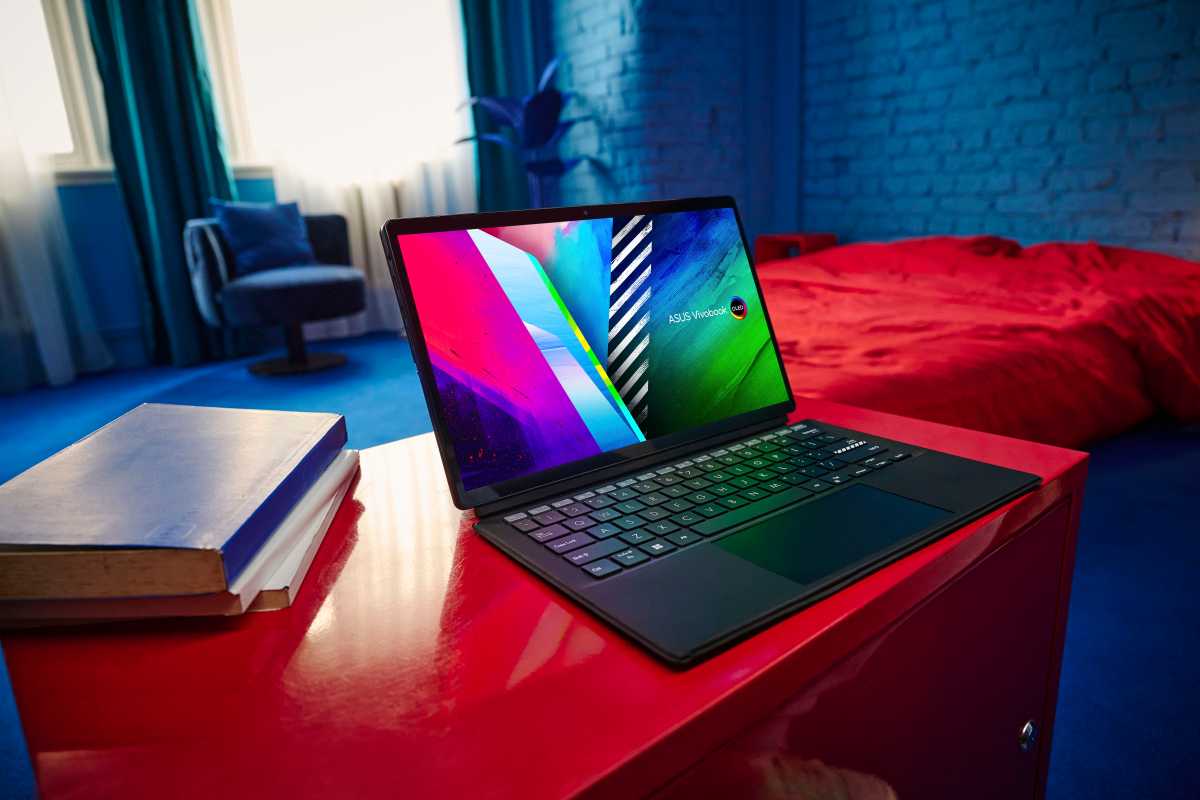 Every budget laptop has an edge-lit LCD screen. It won't look as nice as the screens on an iPhone or most Android phones, but budget laptop displays look fine. There's one specification to be wary of, however, and that's the resolution.

Most laptops have a 1080p display (aka 1920 x 1080 resolution). However, some budget laptops shave costs with a display resolution of 1366 x 768. If they're tricky, they'll advertise this as an HD resolution without specifying the pixel count.

I recommend not buying a laptop with 1366 x 768 or HD resolution. The display will look grainy and pixelated, and it won't be able to show as much content at once. HD displays are often dimmer and less colorful than Full HD displays, too.

What about display size? Most people should spring for a 14- or 15-inch laptop. This is a good compromise between portability and display size. A 13-inch is a good option if you plan on taking the laptop with you while traveling or commuting. I don't recommend a display smaller than 13 inches, though.

Graphics: 3D gaming is (mostly) out of reach

Want to play PC games on your budget laptop? You can! But you'll have to stick to older games and 2D titles.

Budget laptops don't have graphics hardware separate from the processor. That's a big hit to game performance. You can play some 3D games like Counter-Strike or League of Legends on a budget laptop, but more visually demanding titles are usually out of reach.

Want the best US$500 can buy? Go for AMD's Ryzen processor. Ryzen has integrated Radeon graphics hardware. A laptop with AMD's Ryzen 5 5500U can handle some modern games like Grand Theft Auto V at low detail settings.

What about everything else?

The specifications I've covered are the key decisions you'll face. Battery life, Wi-Fi performance, Bluetooth, and weight may be a factor, but differ less between laptops than those I've covered. You can expect a budget laptop to have four to six hours of battery life. It will have passable Wi-Fi and Bluetooth, and it will weigh around four or five pounds.

These figures are a fair shake behind a US$2,000 Apple MacBook, Dell XPS, or HP Envy, but you may be surprised by what budget laptops can do. A good budget laptop can handle a huge variety of tasks and remain useful for years. It won't beat a luxury laptop on performance, but it can beat it on value. Once again, for more concrete buying recommendations, our roundup of the best Early Black Friday laptop deals can also help.