This is it: the last installment of Stay Foolish for the year that was 2021. And I think I speak for all of us when I say good riddance, too.

Having already covered the biggest Apple moves of 2021 it's time now to look forward to the year that awaits us, full of untrammeled possibility and simmering excitement. The last 12 months have been an eventful one for Apple, but we're already starting to see the shape of the year to come.

With that in mind, here are a few of the biggest things I expect (and hope) to see out of Cupertino in 2022.

The end of a transition, and the beginning of the future

My colleague Jason Snell has already detailed the next steps of the Apple silicon transition for the Macs. There are several Macs still waiting to make the jump from Intel, and if Apple delivers on its two-year transition promise, then the end of this year will see something unprecedented in the company's history, with every single product made by the company built atop its very own silicon. 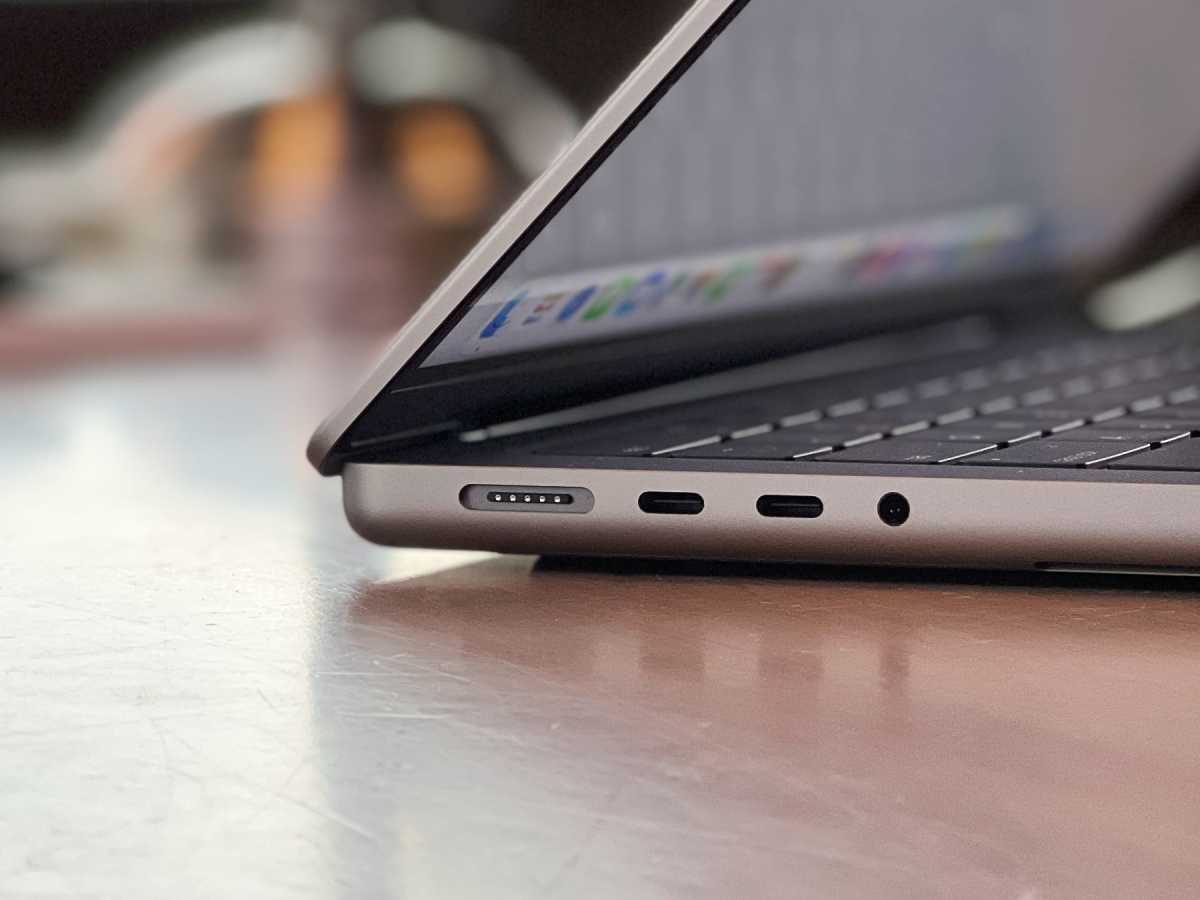 The MacBook Pro made a splash in 2021, and 2022 could bring more Apple silicon goodies.

That's, simply put, astounding, and a feat that really can't be matched by any other technology company out there right now. That close integration will also continue to open up doors for Apple in terms of how it develops software for its platforms, allowing more interplay and feature parity across its device lineup.

As for the end of the Mac transition, expect to see a redesigned high-end 27-inch iMac in spring, possibly alongside a high-end Mac mini. The top of Apple's line-up, the Mac Pro, is widely thought to be the last Mac that will make the jump, and thus probably won't appear until the second half of the year. But 2022 will also see the first second-generation Apple silicon Macs, with the MacBook Air probably leading the charge and getting a more thorough redesign than its predecessor. It remains an exciting time to be a Mac user, which is a heck of a thing to say for a product that's rapidly approaching its 40th birthday.

It's been a while since Apple last entered a new major product category, the last example being the ultimately underwhelming HomePod, which shipped in 2018. But that may change in 2022, as rumors of the company's mixed reality headset have intensified greatly over the last few months.

If the device does in fact show up this year, we can make educated guesses about a few aspects of it. The first model to appear is likely to be pricey and will focus on virtual and augmented reality, resembling existing headsets from the likes of Oculus and HTC. June's Worldwide Developers Conference seems a good bet for its announcement, though it may mainly be targeted at developers firstâ€”and with good reason since there are big questions about the software side. What will make this compelling for the average consumer that Apple targets? The company's supposedly targeting communication, media consumption, and games, but at least two of those will require some substantial buy-in from third parties.

This headset may be Apple's entry into the metaverse that other big tech companies are forging into, but if so, it's probably going to be a very Apple-like foray, including a harder stance on privacy than its competitors and sleek industrial design, though perhaps a bit less featureful than some of its competitors. That said, if there's a chance that VR/AR is finally going to go mainstream, it's not wise to bet against Apple as the one to do it.

As we near two years of being largely stuck in our houses during a pandemic, I'm holding out hope that Apple will take another crack at the home.

The HomePod may have been a flop, but its successor, the HomePod mini, seems to be doing much better. The Apple TV hasn't seen a substantial update since 2015's fourth-generation model, so maybe it's time for Apple to think outside the literal box. Finding some way to combine the capabilities of the HomePod mini and the Apple TV seems like a good start, especially if it also includes some sort of Center Stage-powered video chat system for FaceTime and SharePlay. 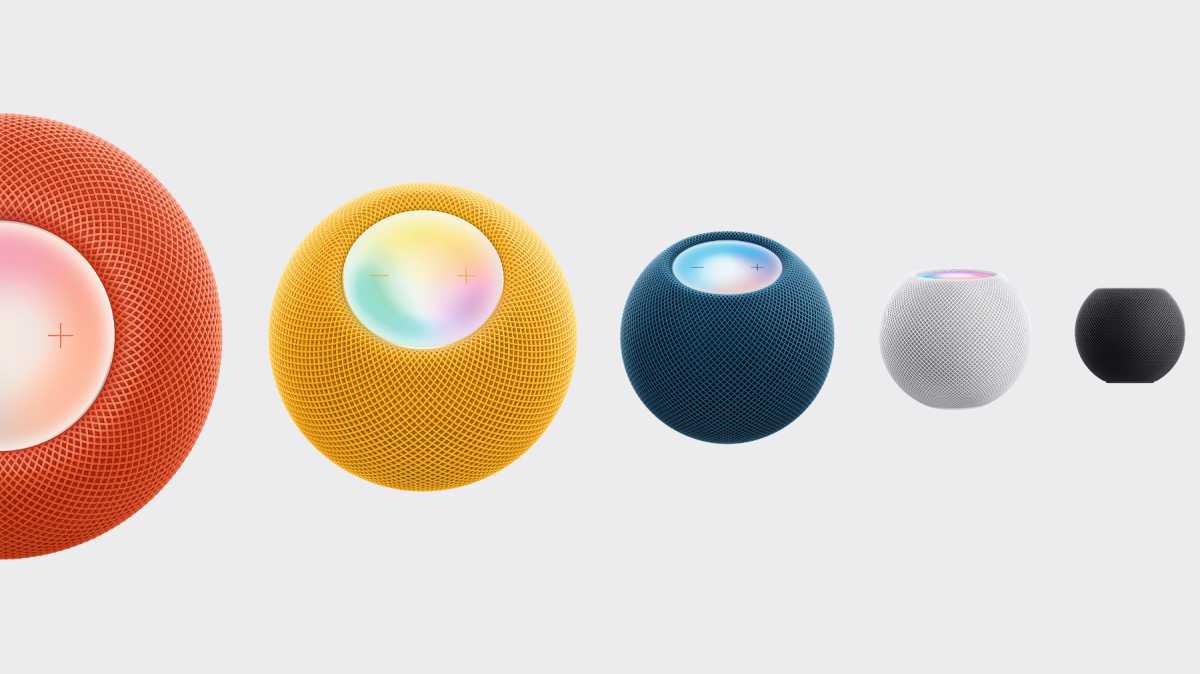 Apple's home push might go beyond the HomePod in 2022.

Likewise, as the Matter initiative for smart home interoperability starts to actually take off in 2022, it's time for Apple to start pushing harder on smart home tech. For Apple, that should predominantly mean improving the way we interact with our smart devices, including redesigning the Home app and beefing up Siri's smart home controls.

Of course, there will be new iPhones and iPads somewhere along the way, and if rumor has it, perhaps a couple of different versions of the Apple Watch, too. A second-generation version of AirPods Pro might help quell some of the lingering issues besetting early adopters of those first-generation models. Updates to macOS, iOS, and iPadOS will no doubt headline WWDC, though what exactly they'll bring is anybody's guess at the moment.

Despite the supply chain issues and effects of COVID, Apple is poised for another wildly successful year. The company made no shortage of revenue in 2021, and I certainly don't see any reason for that to change in 2022. So brace yourself: it's going to be a wild ride.