US$249.99 (Currently unavailable in Australia and New Zealand)

In stark contrast to our last review of one of Car and Driver's dash cams, the company's $250 Eye2Pro proved one of the best we've tested—both in terms of captures and out-of-box experience; the pre-inserted 16GB SD card lets you have it up and running in less than five minutes.

Setting the date and time are included in that five minutes as the camera lacks GPS, or even an external GPS option—the one feature missing in an otherwise great, if pricey product.

The Eye2Pro is smallish at 6.22 x 5.04 x 2.83 inches deep. At least half an inch of the latter is lens body, so it appears even smaller. The unit ships with a suction mount that converts to semi-permanent adhesive. In either configuration it couples magnetically with the dash cam itself (see below).

Short term removal is a breeze, which is handy in the convertible I drive. There's no horizontal adjustment, but that's no big deal with suction mounts, which can easily be reoriented. If you choose sticky, see our guide to installation. 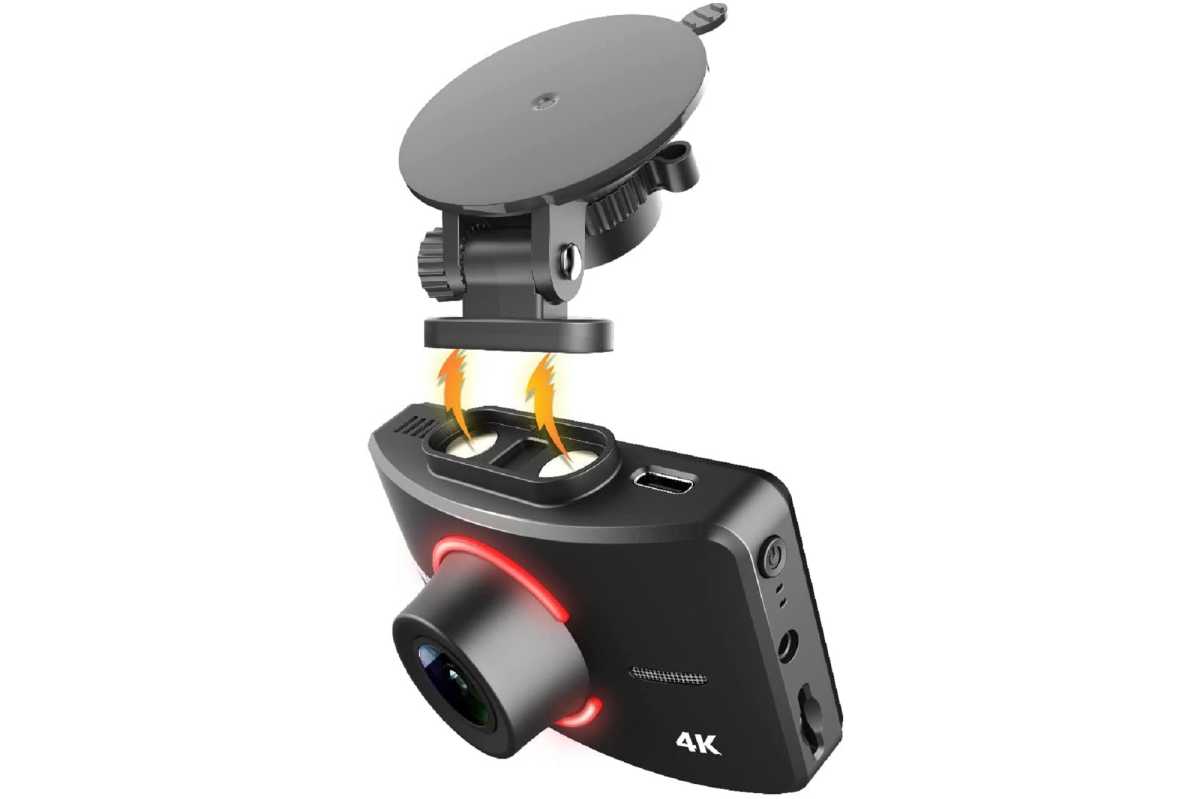 The Eye2Pro ships with both suction and a sticky adapter that unscrew from the magnetic coupler.

On the left side of the Eye2Pro (as seen above) are the power button, rear camera jack, and card slot. That's it. Everything else is handled via the super-crisp 3-inch color OLED touch display. Though the icons on the display are tiny, they're spaced well, and I had no issues getting where I wanted to go, or turning features on and off. Kudos to the designers.

The Eye2Pro features a wide 140-degree field of view and maxes out at 3840×2160 resolution, 30 frames per second. You can, of course, lower the resolution to preserve storage space—every three minutes at 4K/30fps takes nearly 700MB of space. Not a big deal, but under heavy use, you might start plowing through memory cards rather quickly.

In another bonus, Eye2Pro features a battery that powered the camera for a good 10 seconds after I pulled the plug from the auxiliary 12-volt port. That's better than most, and far more time than you'll get from any super capacitor. That said, batteries tend to hate extreme temperatures. 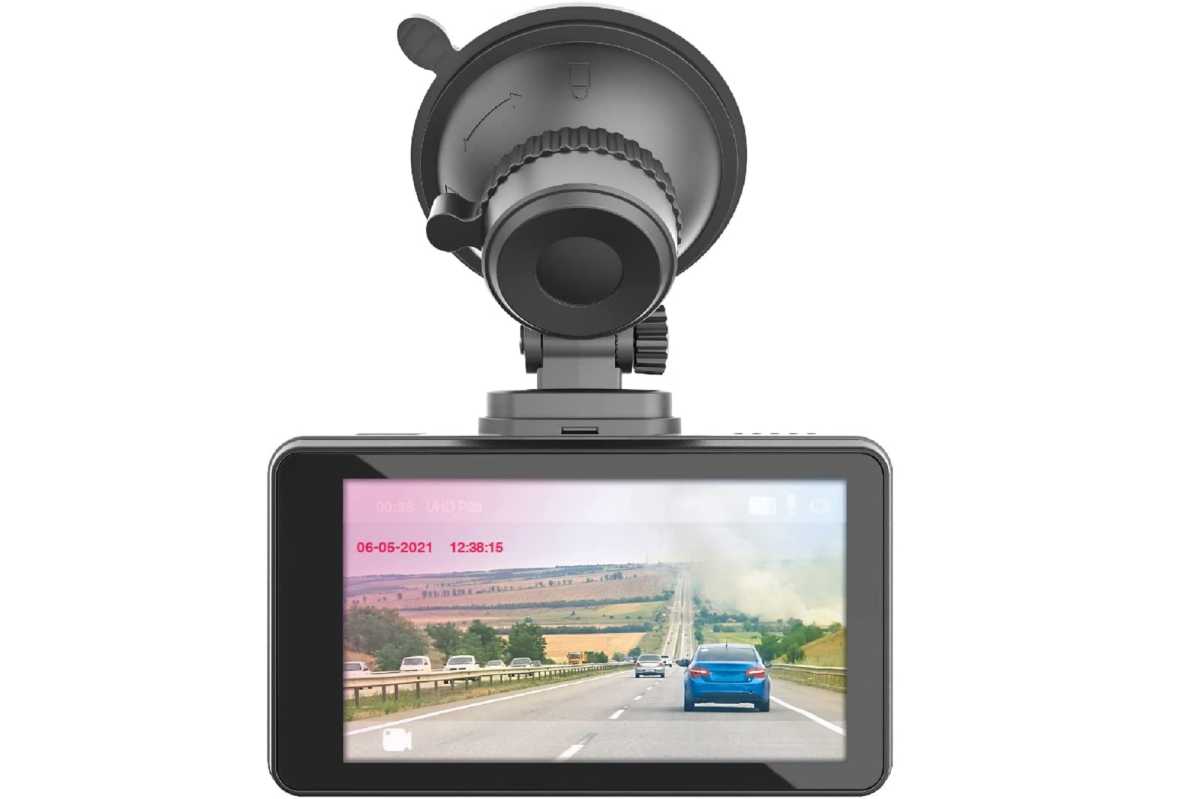 The Eye2Pro's 3-inch OLED touch display is a joy to view and use.

While the Eye2Pro has all the normal bells and whistles such as a parking monitor mode, its lack of GPS is a bit of a puzzler in an otherwise extremely competent camera. GPS data is useful as concrete evidence on the location of incidents, not to mention documenting your travels post facto via mapping software.

Any question about the Eye2Pro's capture quality was answered right off the bat: very good. You can see the detail for yourself by right-clicking to view the full-size images below. 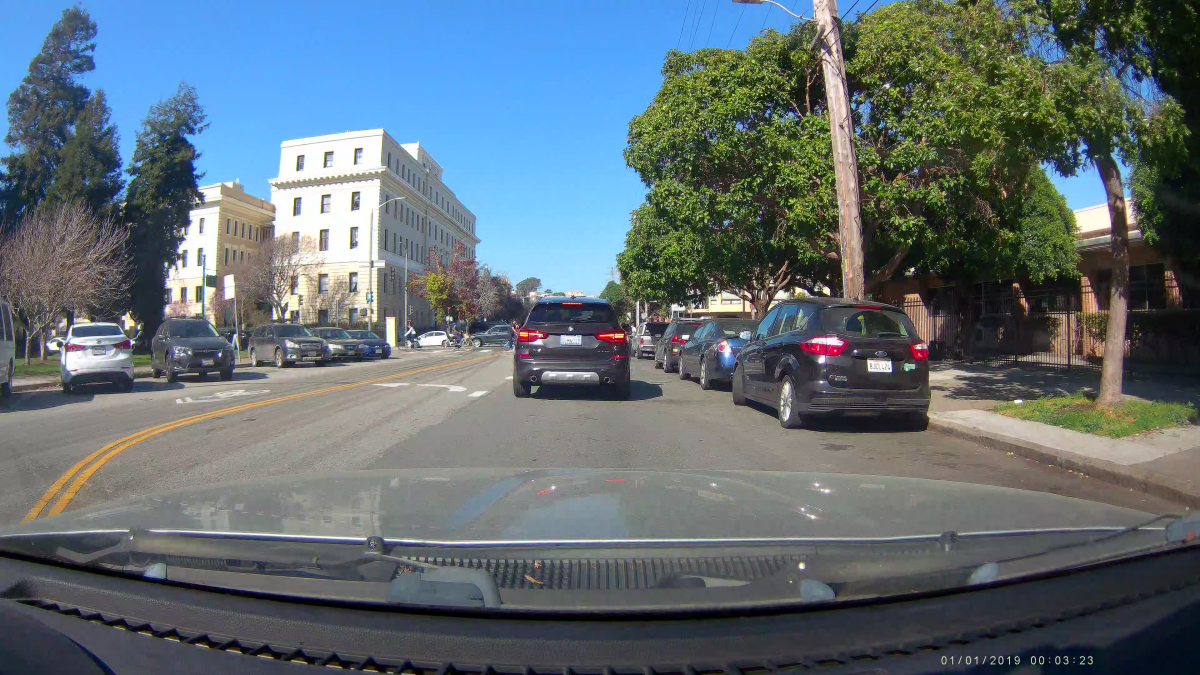 Right-click and select Open image in new tab to see the actual capture. Depending on scale, the reduction may not do it justice.

The Eye2Pro's image gets a bit distorted at the top due to fisheye, as you can see below. This is par for the course with cameras that offer a wider field of view. 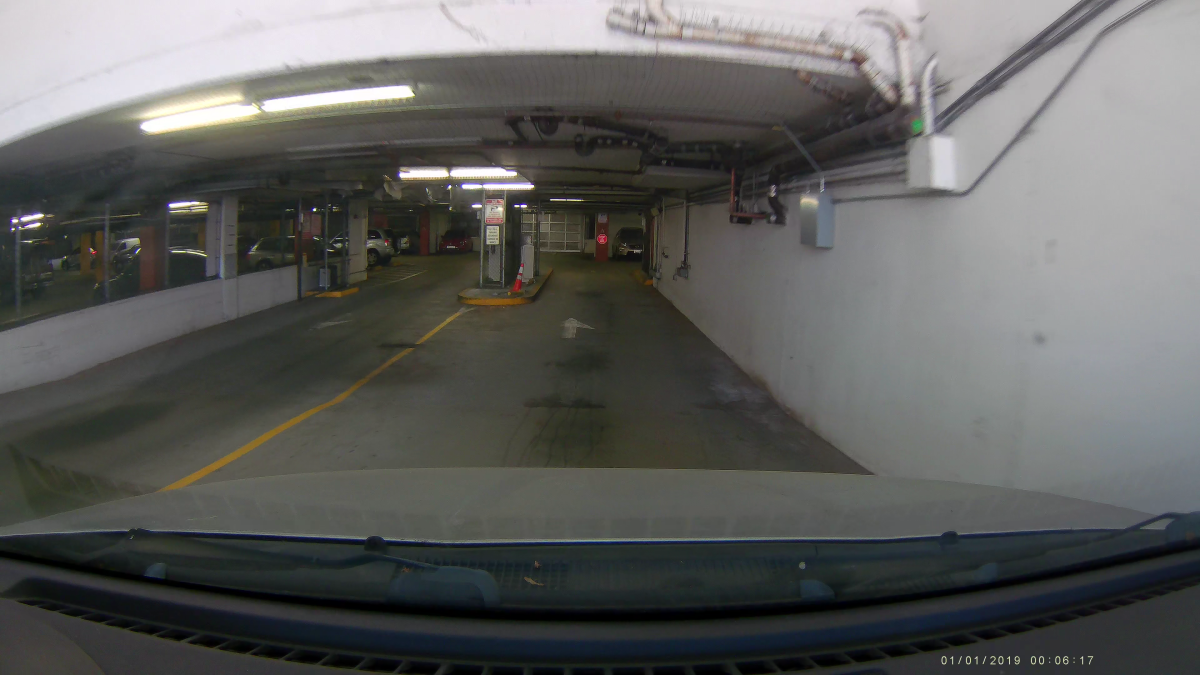 The night capture below, while not quite on par with the incredible Thinkware 1000's, is also very good. Note that you can bring out more detail by simply brightening the image in post-production. 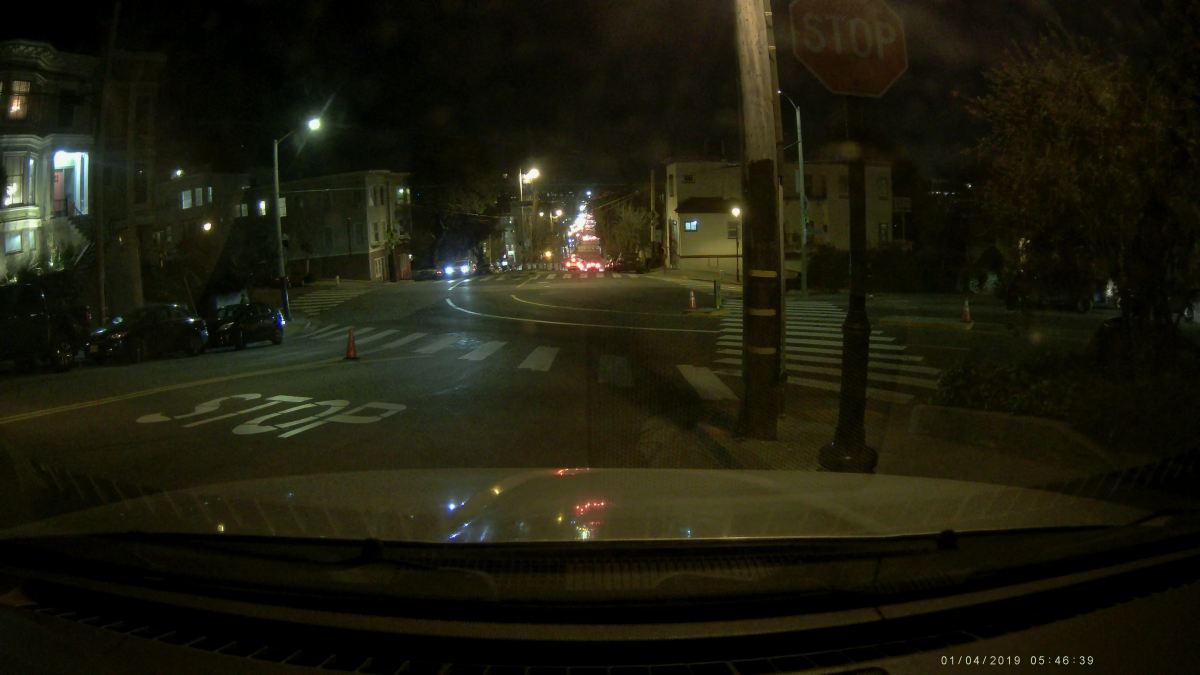 This is a very good night capture, and more detail in the surrounding areas shows up when you brighten the image.

Overall, the Eye2Pro's video is equal to the impressive Cobra SC 400D, which is saying quite a lot. Good color, great detail during the day, with clearly detailed night captures once brightened post facto.

Great, but pricey for no GPS

If you've got US$250 to spend on a front-only dash cam, you won't do better than the Eye2Pro—if you don't need or want GPS. If GPS is an important feature for you, take a look at our other top choices.