Apple's AirPlay lets you stream audio or audio and video to other devices on your local network. This could be an embedded video on a web page in Safari on an iPhone that you stream to your Apple TV, or an album from the Music app on a Mac that has its audio playing simultaneously through several devices.

That's a lot of provisos. To wipe away Apple's requirements and enhance compatibility beyond the Cupertino giant's ecosystem, turn to Reflector 4 from Squirrels. Under development across four versions since 2012, the latest version has an updated interface. The developer, Squirrels, reworked the app to offer native support for Apple's M1 series. It works with macOS 10.15 Catalina or later and requires no special iOS, iPadOS, or macOS support—just built-in AirPlay streaming capability. 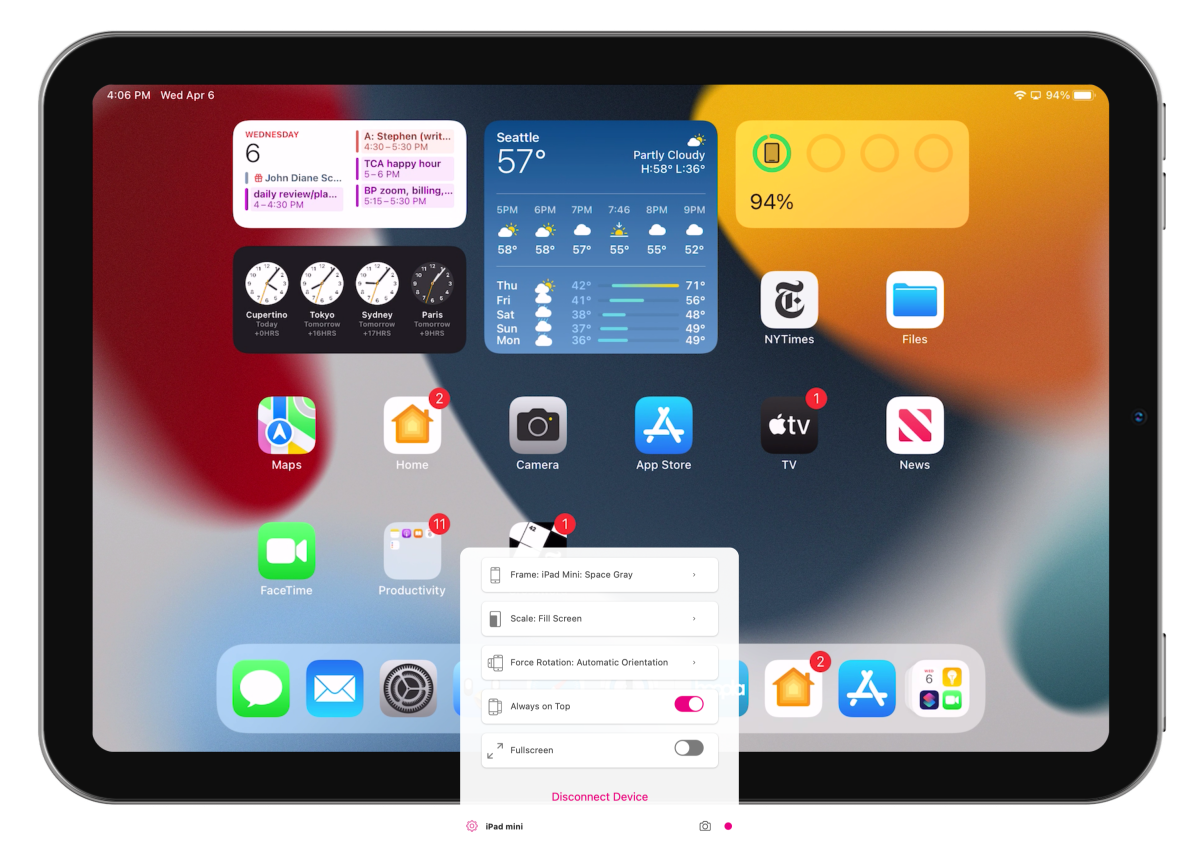 Reflector acts as an AirPlay receiver for a range of Apple, Google, and other devices. 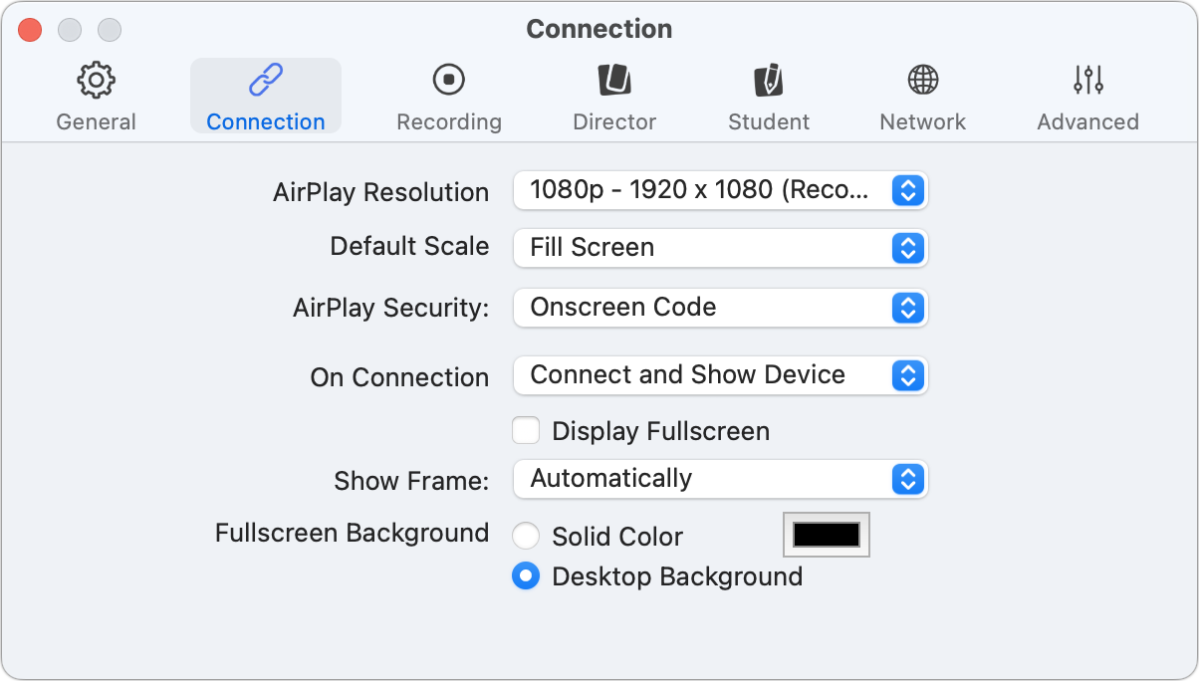 The app lets you customize security, display, skeuomorphism, and other elements to your liking.

After launching Reflector, the app appears as an AirPlay destination on all supported devices. To differentiate from macOS-native AirPlay support, (RF4) is appended to the name, but you can use Reflector Preferences General to set a custom broadcast name.

Select the Reflector name as a destination, and you're prompted to enter an AirPlay confirmation code; the code is shown on your Mac. You can change this behavior so that no code is needed, a password you set is used, a recurring code appears (the Onscreen Code option, the default), or a new code is generated each time. Consider your environment's risk before making your choice—in most cases, you won't need a code at all.

When Reflector begins to show the received display, it appears by default in a floating window that hovers above all other windows. You can opt for full-screen mode or disable the above-all-apps options. In a nod to skeuomorphism—a digital design style mimicking real materials and textures—the display appears in a frame identical to the sending device. You can disable that.

By contrast, Apple's built-in Monterey AirPlay receiver always enters full-screen mode. There are no options to turn it into a window. On a Mac with multiple displays, you can choose which one Monterey shows the AirPlay stream. But that's about it. 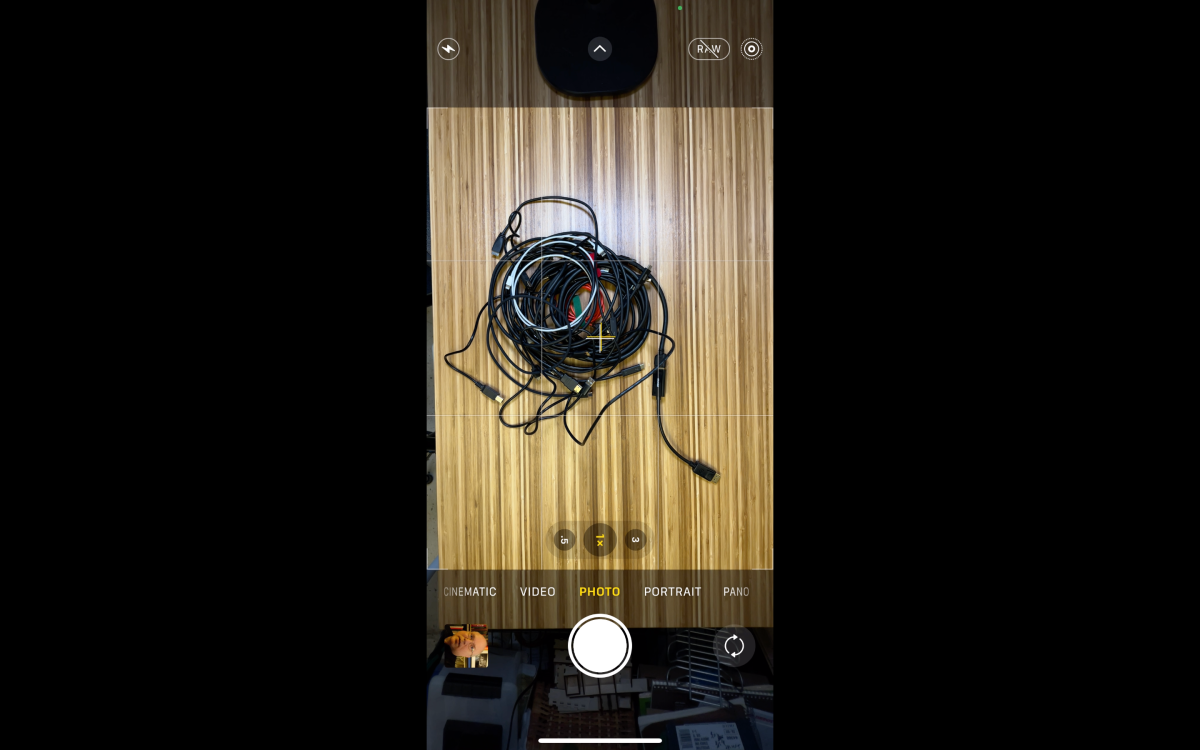 There's far more in the app, too. Reflector can receive AirPlay broadcasts from multiple devices at once. And it's not limited to AirPlay: it's compatible with streaming via Google Cast and the broadly supported Miracast. Squirrels also offers AirParrot, a kind of complementary product to Reflector, which can stream from macOS or Windows to a range of audio-video and computer receivers, no matter their receiving protocol.

You can click a button to take a screenshot of what appears on the receiver or record the video stream. Reflector can let you create a video control center on your computer for a variety of devices to put together recordings for demonstrations or run live demos for an in-person crowd or through live streaming to online services.

A system menu provides a control panel for switching among received displays, recording, and accessing settings with a click. Where Monterey doesn't allow modifying what it thinks the correct received orientation is, Reflector is both better at making the right choice and lets you force a rotation if that's required. 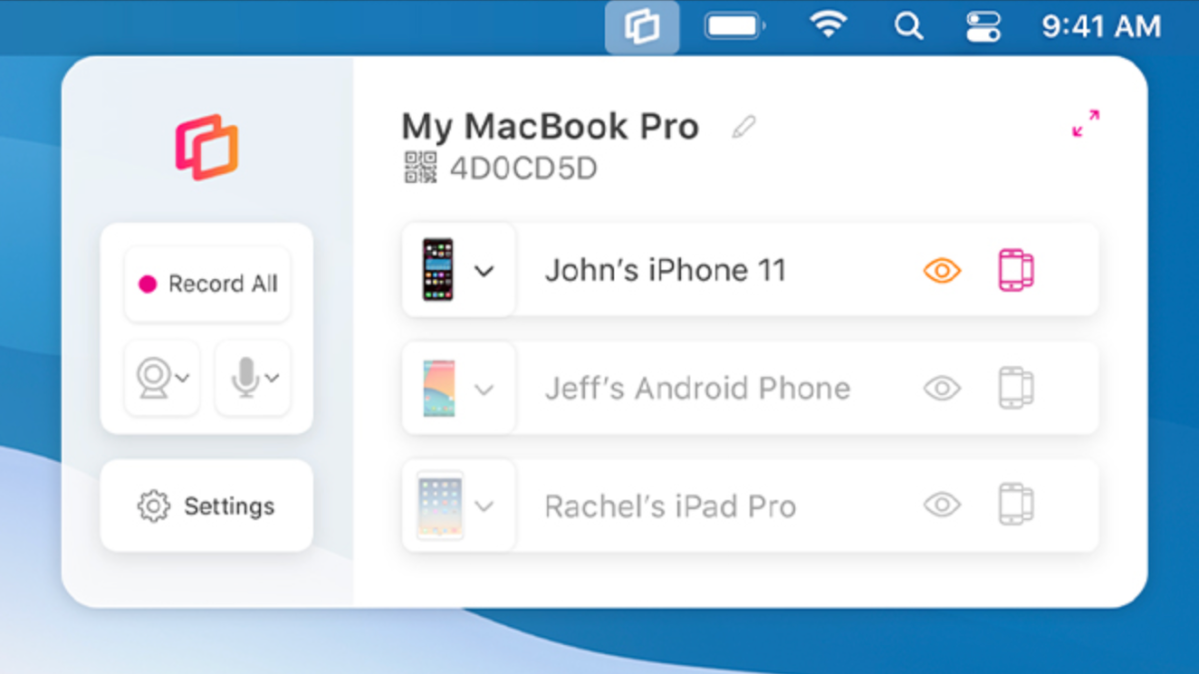 A system menu reveals all connected devices, and gives you single click options for acting upon them, including starting recordings.

Reflector also works with Reflector Director ($6.99 on the App Store) to allow iOS/iPadOS control, letting you use your Mac as a multi-input source device. This can be useful in education. Squirrels also provides the free Reflector Student for iOS/iPadOS to let students share their displays with an instructor running Reflector while also viewing shared devices from the instructor's screen.

This is Reflector's first review in Macworld. 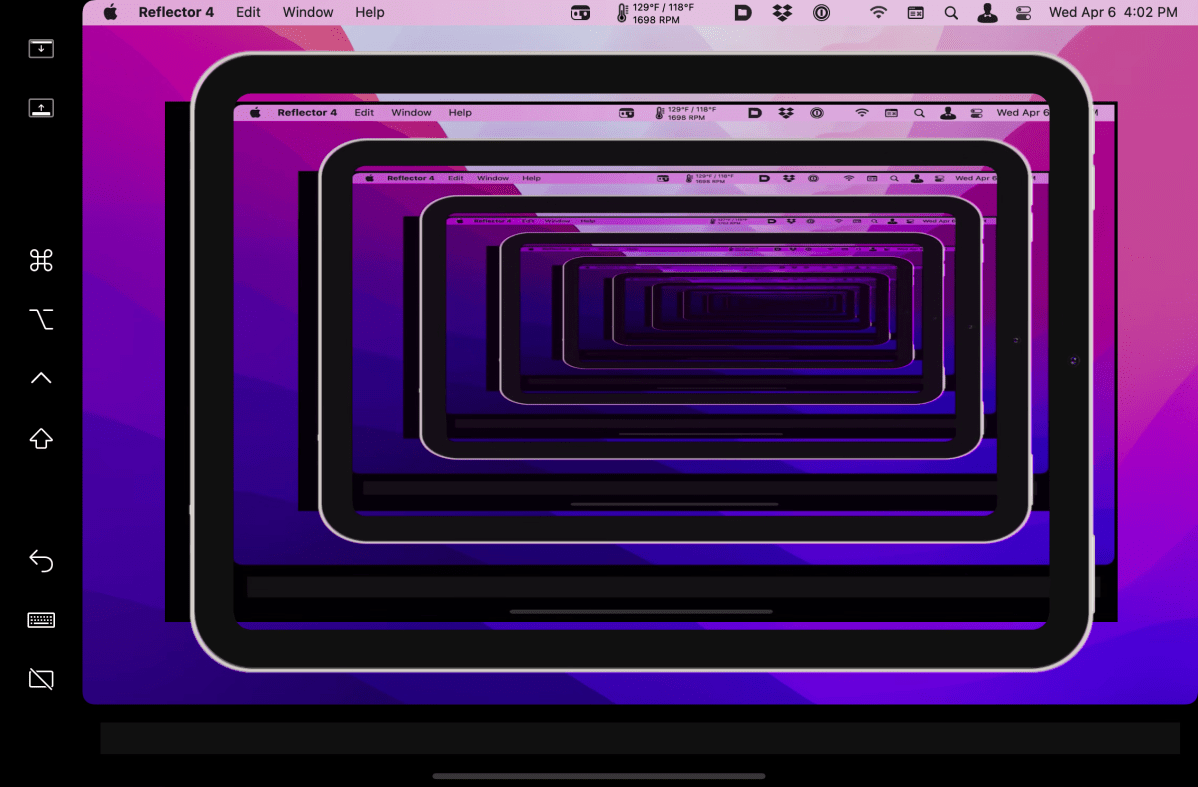 Using Reflector and Sidecar at once on an iPad can lead to a very trippy result.

Mac Gems highlights great nuggets of Mac software, apps that have a high utility, have a sharp focus on a limited set of problems to solve, and are generally developed by an individual or small company. With the strong resurgence of the Mac in recent years, we want to celebrate tools we use and that readers recommend to make the most of your macOS experience. Stay tuned for weekly updates, and send your suggestions to the Mac Gems Twitter feed (@macgems).