Twitter's reputation for being a place where reports about one's breakfast go to die isn't unfounded. Nor its notoriety for a place where hot takes drop shortly before ending up on the evening news.

But there's still a use for Twitter even if you don't love arguing with internet strangers or wading through memes and endless jokes. In fact, it can save you time and headache when used judiciously. Here's how. 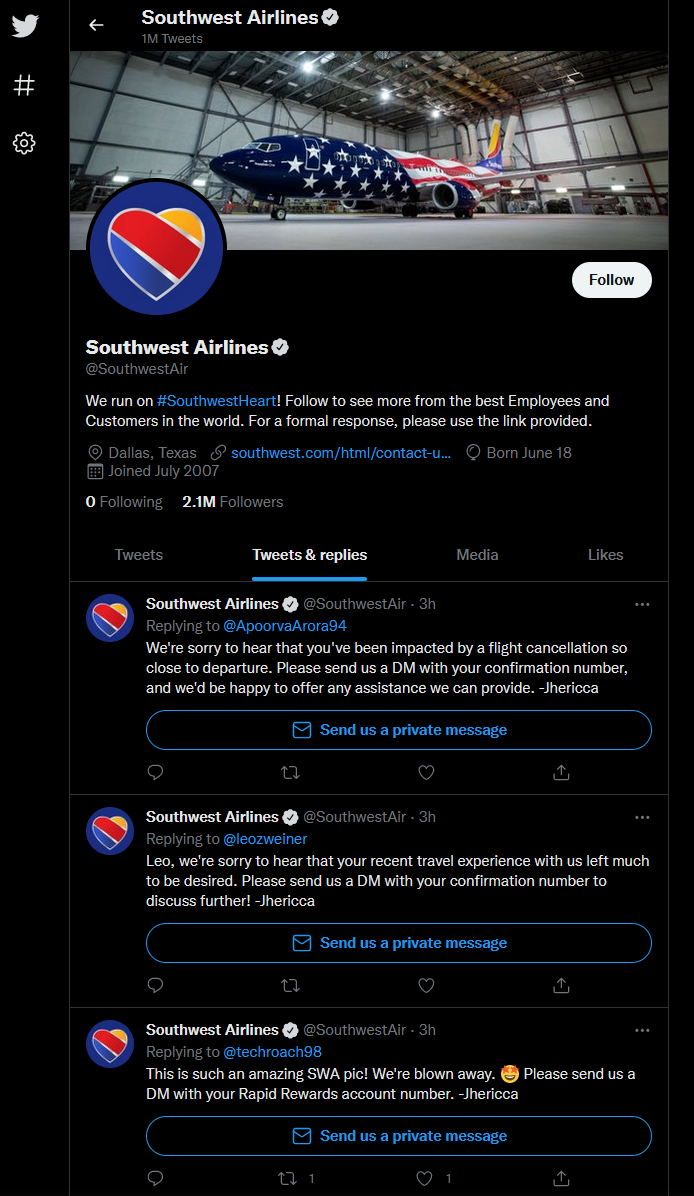 Check a company's tweets replies to see if it has an active presence on Twitter—and how attentive the responses are. Image: PCWorld

Few things irritate (or spark full-on rage) as shoddy customer service. When contacting a company by chat or phone isn't connecting you to anyone who can help, try Twitter instead.

All kinds of businesses are easy to reach via Twitter, including banks and some utilities. You should first check a company's tweets replies to see if it responds to customer inquiries (and how quickly), but these days most do. Some corporations even have dedicated Twitter accounts for customer service.

Seeking customer support in this manner has two benefits: First, you'll save time. You can fire off a @-reply or a direct message to the company, then go about your life as you wait to hear back. Generally responses are fairly quick. The human on the other end will often use direct language that addresses your concern, too, rather than following a script.

Also, Twitter-based support teams have more leeway when helping with a problem more often than not. Even if you've already given the phone system or online chat a shot, reaching out over Twitter may resolve your issue more fully.

One note on security and privacy: For some businesses (like airlines, cell phone companies, and banks), you may be asked to confirm your identity by verifying account details over direct message. As always, treat that information with care—you're not obligated to share anything that makes you uncomfortable. If that prevents the rep from helping you further, ask for a more direct phone service line, or if you have a complicated issue, a method to contact higher tiers of support. 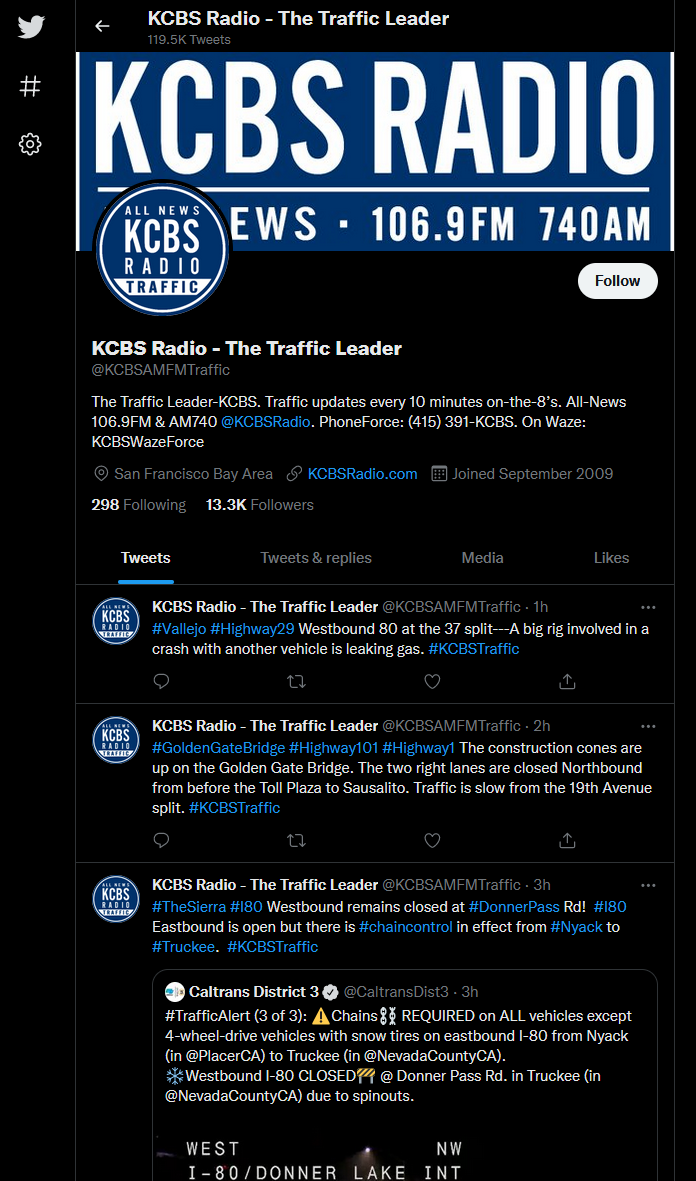 Your area likely also has an equivalent source for traffic and public transit updates. Image: PCWorld

Twitter is a great tool for staying up to date—and not just with breaking news, but daily commute info, advances in fields or topics that interest you, and public figures.

A fine line does exist between speculation and actual news, so choose the accounts you follow wisely. Local news agencies are a great place to start, as they provide updates on your area while also passing on the hottest national news. You can follow several outlets to get the kind of coverage you seek. Even radio stations have a Twitter presence—for example, KCBS, one of the SF Bay Area's best sources for regular updates on traffic and public transit, tweets out its valuable alerts.

Of course, you can hear the latest straight from the horse's mouth on Twitter, too. Continuing with the news and commute theme in California, our state's highway patrol posts information about traffic conditions, with specific accounts for different regions.

When choosing accounts to follow, be sure you have the official account by looking for a verified mark next to the name. (It's a small checkmark inside a circle with scalloped edges.) Parody and duplicate accounts sometimes exist, so looking for that symbol ensures you've got the right agency or person, especially if you start keeping up with individuals like reporters and notable figures in science or medicine. 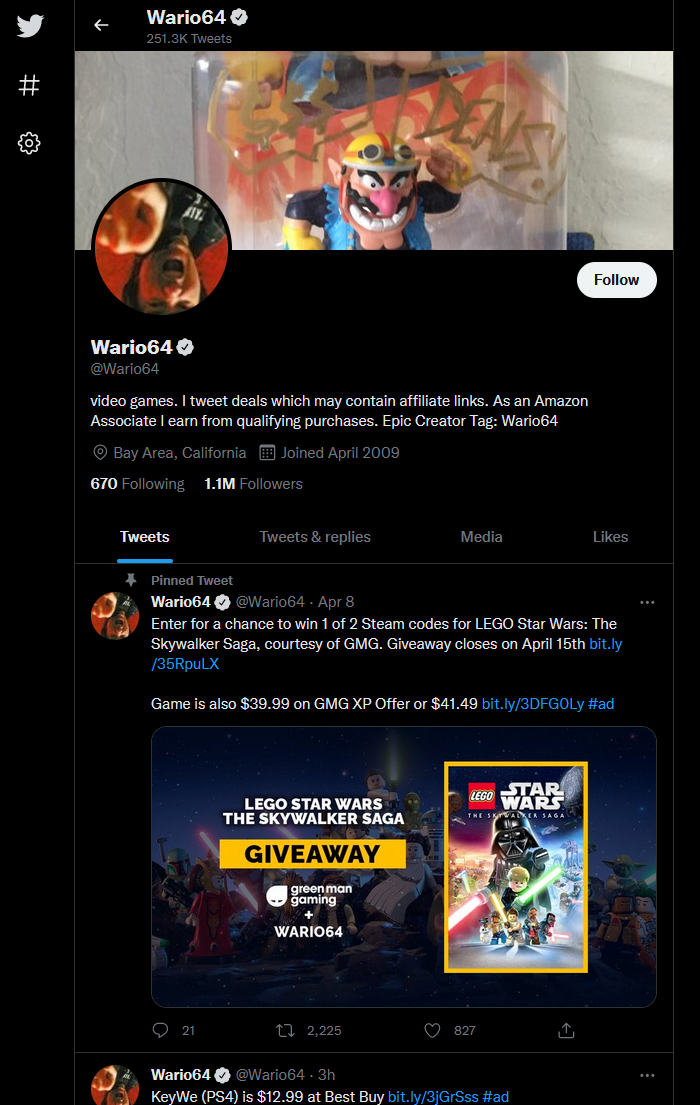 Some people make it their livelihood to help you find the best deals and hard-to-get items. For example, Wario64 is an excellent source for PS5 and Xbox console availability. Image: PCWorld

Many resources exist for finding the lowest prices on goods and gear—websites, forums, email newsletters, Reddit, Discord, and more—and you can include Twitter on that list, too.

All kinds of accounts are dedicated to spotting and passing on deals to the public. The platform aggregates a variety of sources: deal websites staffed by dozens of people, crowdsourced deal sites, individuals who always have the inside scoop. They're all gathered in this one spot. Businesses sometimes also advertise coupon codes and special promos through their Twitter accounts, too.

The best strategy for deal hunting on Twitter is to stay organized. At minimum, make use of Twitter Lists, so that you're not blasted by a firehose of nonstop information. Pair that with Tweetdeck, a desktop-based interface that lets you see multiple lists at one time, and you'll be able to skim through the info much easier.

You can also enable push notifications for select accounts if you want immediate notice of every tweet (aka bargain), but that can get spammy—this strategy is best paired with a service like IFTTT, which you can use to filter for keywords and push only tweets that match those terms to you. 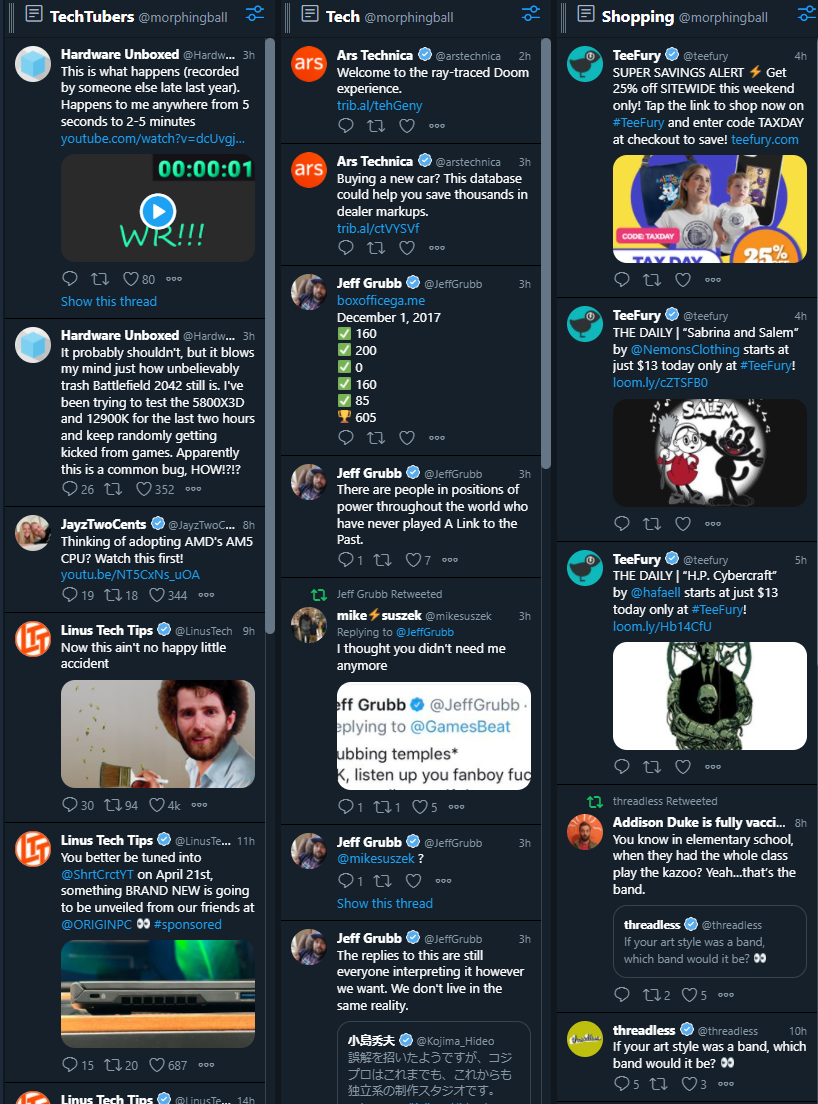 A small sample of what Tweetdeck can look like when populated with your Twitter Lists. Image: PCWorld

As touched on in the bargain hunting section, you can keep Twitter from becoming information overload through use of a couple of the service's features: Twitter Lists and Tweetdeck.

Twitter Lists allow you to group select accounts together for a curated view. You can have as many (or as few) accounts on a list—and throw them together completely at will. If you want to make tech reporters who cover CPUs and also share funny cat memes a thing, have at it.

Tweetdeck then makes it possible to view multiple lists at the same time. This desktop interface, available via browser or a macOS app, lets you add lists and sort them in any order. You can then take in at a glance many different tweets at once, which makes it easier to skim for noteworthy ones.