Along with a new screen, camera, and price tag, the iPhone 14 Pro could be getting one more change this fall: a new shape. The latest schematics show a refreshed design with rounder corners.

According to AppleTrack, Apple will be tweaking the corners of the iPhone 14 Pro to match the shape of the new camera array, Granted, it's not a huge change, but after years of iPhones that all had the same body design, it's interesting that Apple is changing the look of the Pro this year. In previous iPhones, the camera array was always slightly off on the Pro models, so the shape change appears to be related to the larger camera bump. Apple will match the corners to the shape of the camera array, so they will need to be slightly rounder. 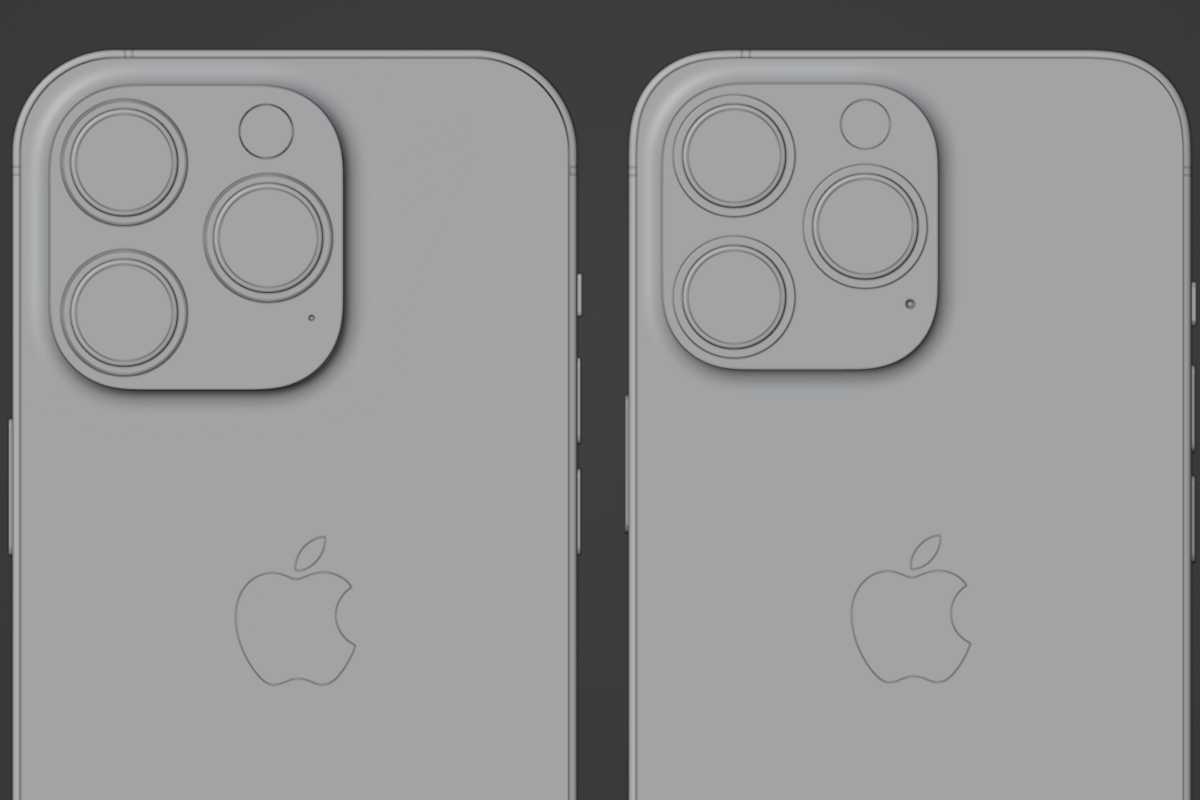 The iPhone 14 Pro, left, will reportedly have a larger camera array and rounder corners than the iPhone 13 Pro, right.

While it's certainly a small change and not one most people are even going to notice unless the phones are compared side by side, it would mark one of the only times Apple had distinct chassis designs for each iPhone line. It's just one of many differences rumored to separate the iPhone 14 Pro models from the non-Pro models, including the notch, processor, and, of course, the camera.

We also might know the new color this yearâ€”and it's something of a throwback. According to a now-deleted Weibo post, Apple will once again sell a purple version of the iPhone 14. Apple previously introduced a purple iPhone 12 and 12 mini at the Spring Loaded event in 2021 and also sold a purple iPhone 11. But it's never had a purple Pro iPhone, which has had various blue and green hues in addition to the standard graphite, gold, and silver options.