The incredible complexity managing CCP Games' massively multiplayer EVE Online space sim has drawn comparisons to spreadsheets in space' for much of its two decades. Now, it's a reality. Microsoft and CCP Games announced a partnership allowing players to actually export their information to Microsoft Excel.

CCP Games made the announcement at its 2022 Eve Fanfest keynote address, which drew cheers and laughter when creative director Bergur Finnbogason announced the new features. The EVE Online community held its first in-person community event in Reykjavik, Iceland since the beginning of the pandemic.

In-game corporations spend a lot of time and effort dedicating data to forming alliances, mining, and more, Finnbogason said. And the economics of setting up these systems can be pretty daunting for small groups. With this in mind we reached out to our friends at Microsoft Excel. I'm not lying. We reached out and they're like, â€˜Oh my god, we love EVE!' 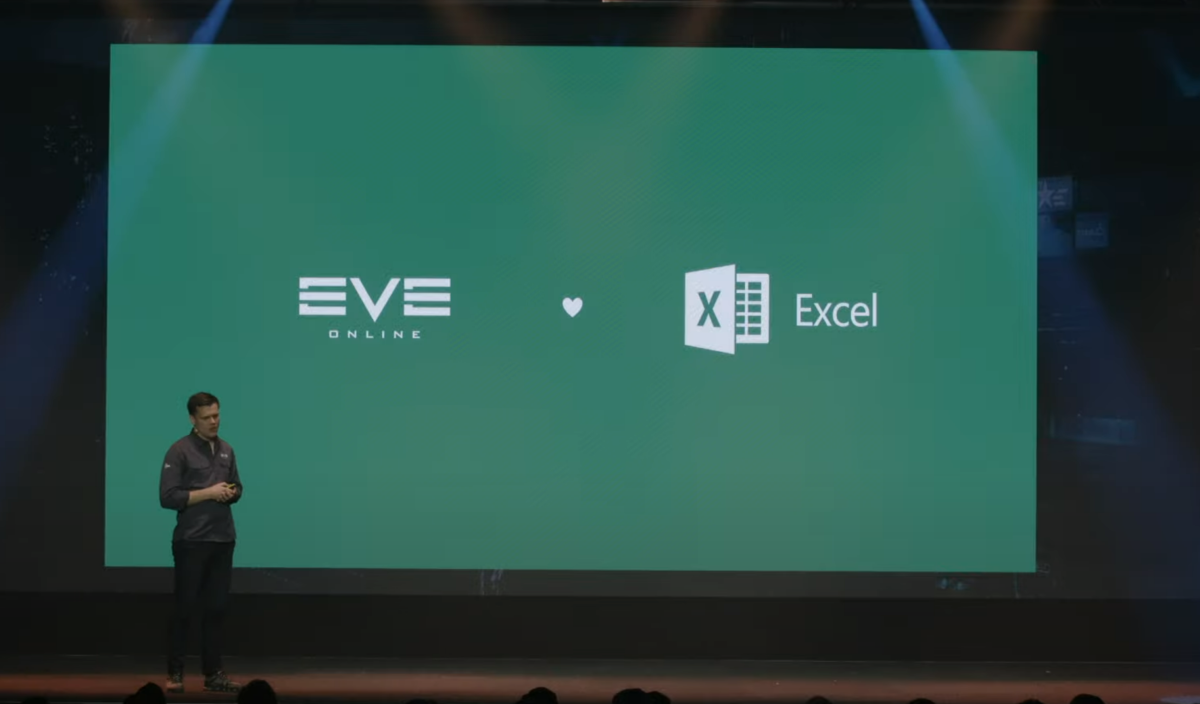 So the two companies made it happen.

Through the Microsoft partnership, EVE players can add a JavaScript API in Excel to seamlessly export data from EVE Online, CCP Games said in a press release. Excel feature compatibility will help players access and calculate everything from profit margins to battle strategy, making day-to-day EVE operations easier to execute. The Microsoft integration is another step toward CCP's goal of making the MMO more accessible for both casual and seasoned players. More information about the Microsoft partnership will be available later this year.

In other hardware news, CCP Games announced support for two AMD technologies, specifically support for FidelityFX Super Resolution, which improves total framerate by intelligently lowering the resolution on certain parts of the scene, and FreeSync support. Both features will also be added to the EVE client later this year.