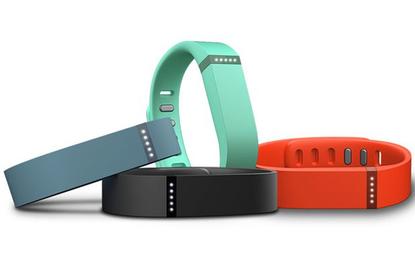 The upcoming Fitbit Flex will support wireless syncing over Bluetooth 4.0.

We've long been fans of Fitbit's range of convenient fitness trackers, but they've always had one annoying flaw: unlike the iOS app, the Android app didn't allow direct synchronisation with your phone. That's just changed as Fitbit has finally updated its Android app to support Bluetooth 4.0 syncing.

The updated Android app is still rather limited, as it only brings wireless sync to the Samsung Galaxy S III and Samsung Galaxy Note II devices. Fitbit has promised further Android phones will be compatible in the near future, but hasn't specified an exact time frame.

The Fitbit Android app isn't new. We've had it installed on our phone for a few months, but it simply connected to your Fitbit account online and wasn't compatible with the wireless sync feature.

The interface remains almost identical to the previous version of the app, though a new "wirelessly sync" message is splashed on the front page of the app when you first launch it. The app allows you to activate background sync, which will periodically sync your Fitbit even if the app is running in the background on your Android phone.

NFC connectivity has also been added. This will work with the upcoming Fitbit Flex device, so users will be able to tap the Flex wristband on their phone to automatically launch the Fitbit app. The Fitbit Flex is the first activity tracker the company has produced without a screen, so the wireless sync feature is a must.