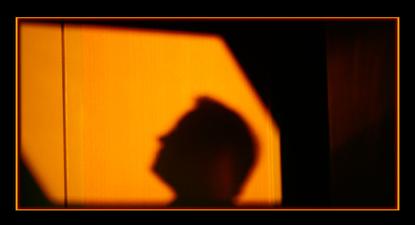 Which is better, TV or Projector? (Picture: Mon Œil, Flickr)

We’ve tested most of the TVs on the market recently and were keen to see how an “affordable” Home Theatre projector compared in day to day usage. Would it really be a viable TV-alternative for a typical home? Or does it only operate optimally in a cinema environment?

At the launch, in a small Cinema, Epson’s $5000 EH-TW9300W (and lesser $2,649 TW6700) sure looked impressive. But it was completely dark and the room was larger than what most homes have. Nonetheless, we were told that the new range of “Enhanced 4K” projectors could beat TVs with their performance and would do so offering better value.

We were simply unable to test this projector in Theatre-like environment. The best we could manage was a dark room with a 3.5m throw and some light coming in through some high-up windows. This was roughly equivalent to a living room on an overcast afternoon with the curtains/blinds drawn. We were keen to see how it performed in these slightly-less-than-optimal conditions: because the alternative is having a full-on mansion type room that can be adjusted to be completely dark. And if you can afford somewhere like that, you probably won’t be looking at a mid-range Home Theatre "4K" projector but something substantially better – like a true 4K projector such as Sony’s VPL-VW520ES which costs three times more.

At a range of 3.5m we were able to produce an image that went from 7 inches to 125 inches. At 2.2m this dropped considerably to a range of 40-inches-to-70-inches. Epson provides a calculator for room to image size here so you can get a good idea what to expect in your room.

We can immediately see the value-potential for a projector when we plot the display size versus price in the current 4K TV market. As we saw lately, the price sweet spot for UHD TVs is 55-inches at which point the price heads north very quickly before sky-rocketing when they hit 70-inches. But if we add the EH-TW9300W to the mix with a image-size range of 70 inches to 125 inches, it becomes clear that the projector offers performance at a price that TVs can't match.

We chose this range as three and a half metres is quite a large length for an Aussie living room and most of those get very light. Image brightness can drop considerably as you get further away from your screen (or wall) and moving everything into a proper cinema room makes comparisons with a relatively-tiny TV display seem somewhat ridiculous.

We ran into trouble quite quickly. Running our UHD 4K Blu-ray of The Martian showed that while letterbox bars generally matched the lighting of the background wall (and subsequently weren’t distracting or even noticeable), unless the scenes were very bright, the whole image also faded away into the background. So much detail was lost.

At 2.2m range, with a 70-inch image, you’d be far better off with a Hisense Series 7 ULED TV which costs $1000 less and offers a true 4K resolution, better colours, better contrast and better detail. So that ended the test at 2.2m: TV wins.

At 2.8m throw you’re looking at about a 95-inch screen which becomes that bit more compelling. Image quality is similar to what we see at 3.5m where the image hits 125-inches. At this range we can see the screen door effect at distances of up to 2m away but it’s not particularly distracting.

However, the trouble is that the image gets very washed out very quickly when bright colours aren’t being displayed. There are several image modes – all designed for the dark – but anything less than the “Bright Cinema” mode fell away very quickly when there was light present.

It’s time to talk about 'Enhanced 4K.' This isn’t a native 4K projector: instead there are three, native, 1080p LCD chips plus pixel shifting technology which rapidly moves pixels between two positions – half a pixel apart. It’s hard to perceive and there's nothing like the old plasma TV ‘fizz.’ But, frankly, picture quality isn’t noticeably better than regular Full HD when the screen is this size and the image is washed out.

A potential issue with this projector is the lack of speakers. There are twin 10W speakers built in to Epson’s lesser TW6700 series and they sounded impressive in a large room. But for this higher-end model you need a separate audio system which means connectivity via HDMI or Optical and that’s not going to be cheap. Also note that it would likely need to support multiple sources if you plan on watching (4K) Blu-rays, media streamers and a set-top box or you’ll be swapping cables all the time. High quality systems will therefore add hundreds or (more likely) over a thousand dollars to the cost of this set up). And when that happens remember that you have to plug everything into wall sockets and that speakers will need to be spread around your living room which isn’t always practical – especially in an open plan environment.

This is far from a performance-based review which needs to be performed in a controlled, pitch-black environment. But because projectors like this have been cited as great alternatives to TVs, we also need to test them in a real-world environment. And doing that shows that they’re just not a practical alternative for most people.

Unless you have a very dark room or only watch stuff at night, a TV will offer dramatically better picture quality for most usage scenarios: any kind of environmental light kills a projector’s image quality.

If you’ve a living room that can be totally darkened with blinds during the day and a large, white, bare wall (or large, expensive drop down screen) big enough to cope with a 100+ inch image, then it’s likely that saving money by buying a high-value, mid-range projector isn’t a priority and you’d not flinch at spending three times more on the True 4K Sony equivalent.

Most rich people would be better off with a fancy, super-thin LG OLED TV anyway. If you want proper massive, there’s the 88-inch Samsung 9000 Series TV too (a snip at $24,999) at which point a decent projector starts looking like better value again. For everyone else, Hisense’s ULED 7 series TV is the best-value way to get a large, high-quality image (70-inches costs $3,999) – and you won’t need to buy extra audio accoutrements either.

Which leaves Epson’s Enhanced 4K projector line in an odd place where, while most people can see the potential benefits, few are in a position to realise them.

Related:
What size 4K TV should I buy?
TV buying guide: What to look for when buying a TV in 2016
The Top 5 Best TVs in 2016 that you can buy right now
Review: Hisense’s amazing ULED TV beats Samsung’s entire range