How much does the Galaxy Note 20 Ultra cost in Australia? 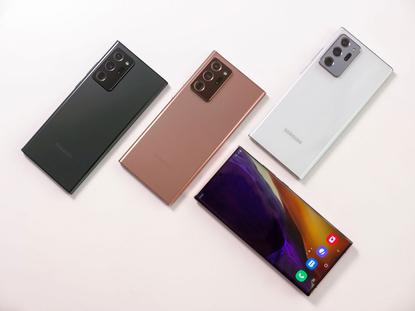 Announced alongside the standard Galaxy Note 20, the third generation Galaxy Watch and a pair of new Galaxy S tablets, Samsung’s Galaxy Note 20 Ultra is tee'd up land on Australian shelves towards the end of August.

In Australia, pricing for the cheapest version of Samsung Galaxy Note 20 Ultra starts at AU$1849. However, there’s a catch or two here. This model doesn’t have 5G and it relies on 8GB of RAM rather than the 12GB found in the other two variants of the device.

If you’re keen on that extra memory and 5G connectivity, you’re looking at $150 more. If you’re keen on kitting out your shiny new Galaxy Note 20 Ultra with the most storage space possible, you’re gonna have to shell out another $200 on top of that.

Should I preorder the Galaxy Note 20 Ultra?

In these uncertain times, many people are going to shirk away from the idea of spending upwards of AU$1800 on a shiny new flagship smartphone.

Still, for what it's worth, Samsung are trying to make the Note 20 Ultra’s price-tag a little easier to swallow by throwing in a set of their shiny new Galaxy Buds Live true wireless earbuds. Check them out below:

In Australia, retail pricing for the 4G-enabled Samsung Galaxy Note 20 Ultra starts at AU$1849. This device features 8GB of RAM and 256GB of on-board memory.

Expect to find the device in all the usual retailers like JB Hi-Fi, Harvey Norman and, of course, Samsung’s own retail experience locations.

The Galaxy Note 20 Ultra is available on a postpaid plan through each of Australia’s big three telcos: Vodafone, Telstra and Optus plus a few other places like Woolworths Mobile.

However, not every telco is stocking every model of the device. Telstra and Optus are only stocking the 5G versions of the Galaxy Note 20 and Note 20 Ultra.

For contrast, Woolworths Mobile are offering every model.