Report claims 2023 at the earliest. 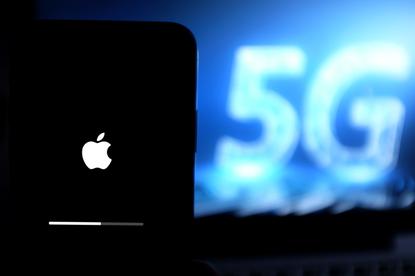 Apple made a big deal about 5G in the iPhone 12, but there was one thing that wasn't mentioned in the keynote hype—the modem isn't made by Apple. It's one of the few essential iPhone chips that Apple doesn't manufacture, and a new report says that isn't going to change with the next few models.

Apple has been working on a 5G modem since last year following its purchase of Intel's shuttered mobile modem business. The billion-dollar deal brought patents, intellectual property, and a couple of thousand employees as Apple looks to cut ties with Qualcomm, which currently supplies the X55 modem in the iPhone 12.

However, TFT Securities analyst Ming-Chi Kuo reports (via Macrumors) that Apple isn't close to making its own mobile modem:

We predict that the ‌iPhone‌ will adopt Apple's own design 5G baseband chips in 2023 at the earliest. As Android sales in the high-end 5G phone market are sluggish, Qualcomm will be forced to compete for more orders in the low-end market to compensate for Apple's order loss.
Ming-Chi Kuo

Qualcomm stands to lose a lot more than Intel by losing Apple as a customer. While Apple's decision to make its own M1 processor for the Mac clearly stung, the iPhone is a much bigger fish and likely accounts for a much larger percentage of Qualcomm's bottom line.

Apple has made no secret of its intention to cut off Qualcomm as a supplier, but it's the only company that can supply chips at the scale Apple needs.

Apple was engaged in a lawsuit with the company over its royalty rate before agreeing to a multi-year licensing agreement in 2019 when it became clear that Intel wouldn't be able to deliver 5G modems as promised for the iPhone 12.