Another year of modest improvements, but at this price there's no competition. It's past time for Apple to make more sweeping improvements to entry-level iPad, but the strong software ecosystem makes this the tablet to beat at this price.

When it comes to tablets, at least budget tablets, there's iPad and there's everything else. The only real competition for Apple's most affordable iPad (which starts at $329) are Kindle Fires and some deeply disappointing Android tablets that have retail prices in the $150 range and are often used as free giveaways when you buy service subscriptions or other more expensive tech gear.

Apple is treading water with its most affordable iPad, and that's a shame, but that doesn't make it a bad tablet. Far from it. For the price, this is a very capable device that will prove pleasant to use and last for years. For basic needs like web browsing, playing casual games, email, video chats, and watching videos, this is a more than serviceable tablet. If you want an educational and entertainment device for your child, this is a great choice.

Just don't bother upgrading if you already have an iPad made in the last few years.

There really two upgrades you'd notice over the 8th-gen iPad. The new A13 processor is not one of them. Yes, it's faster than the A12 in last year's iPad, and as per usual it's the processor from the two-years-ago iPhone.

But for the things you use this modest tablet for, being 20-30 percent faster doesn't mean much. Scrolling through web pages and messages and emails feels about the same. Casual games run well, but then they ran well before. You can find some premium games that benefit well from the extra CPU and graphics muscle, but the general experience is the same with the A13 as it was with the A12, when it comes to everyday performance. 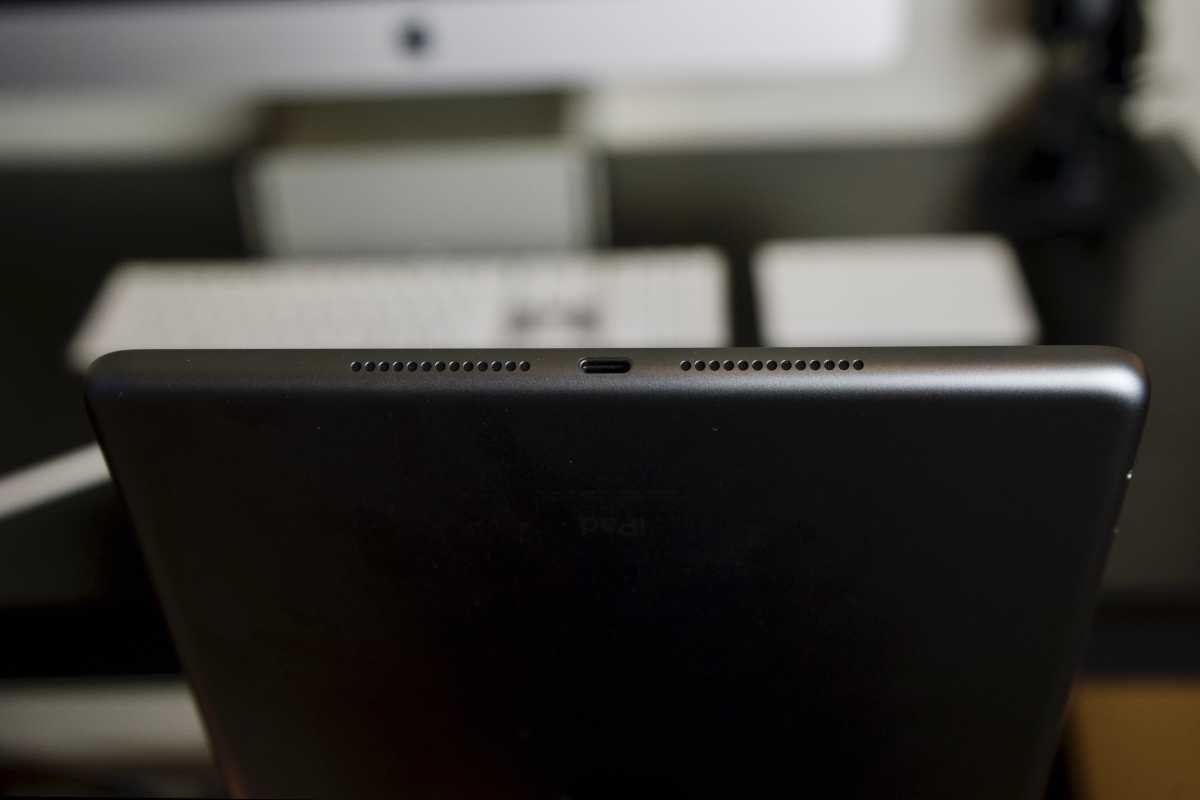 This is the last remaining iPad to still use a Lightning connector instead of USB-C. Image: IDG/Jason Cross

It's the fact that you get twice as much storage for the same price that you'll notice right away. The base model now comes with 64GB of storage instead of 32GB (the $479 model has 256GB of storage instead of 128GB, too), and that's a difference you'll really appreciate when you start to fill it up with apps or a bunch of downloaded videos to keep the kids occupied on a car trip. Apple's stock apps are great and there are hundreds of incredible third-party ones in the App Store to choose from, which is what really gives the iPad its advantage. No other platform is even close.

In our battery tests, the 9th-gen iPad lasted almost exactly as long as the 8th-gen iPad: about eight hours running through the Geekbench 4 battery drain test with the display fixed at 200 nits. Apple says the battery lasts for about 10 hours, just like every iPad ever, and in my experience a roughly all day battery life expectancy is on point. In regular everyday use, things don't seem to have change much in this regard.

The other change you'll notice right away is the new 12 megapixel 122-degree ultrawide front camera. Until last year, the basic iPad had a 1.2 megapixel Facetime HD camera that took awful photos and low-res 720p video.

While the rear camera is the same 8MP wide-angle camera as before (with somewhat better image processing thanks to the A13), the front camera is a night-and-day difference. It takes much better photos, clearer 1080p video, and supports Apple's new Center Stage technology that focuses in on people in the frame and digitally crops/pans as you move around.

It's a great feature that's going to make your FaceTime or Zoom calls a lot better and I wish Apple would bring to its Macs.

It's time for a facelift

Apple faces so little real competition in the affordable tablet space that it's not doing much to improve the iPad. It doesn't need to! It's a shame, because it's past time for some substantial upgrades. The iPad Air is where we hoped the standard iPad would be by nowâ€”slimmer bezels, a better display, support for the second-generation Apple Pencil (it's still crazy that Apple sells two, incompatible, different styli with the same name), and Touch ID in the side button. 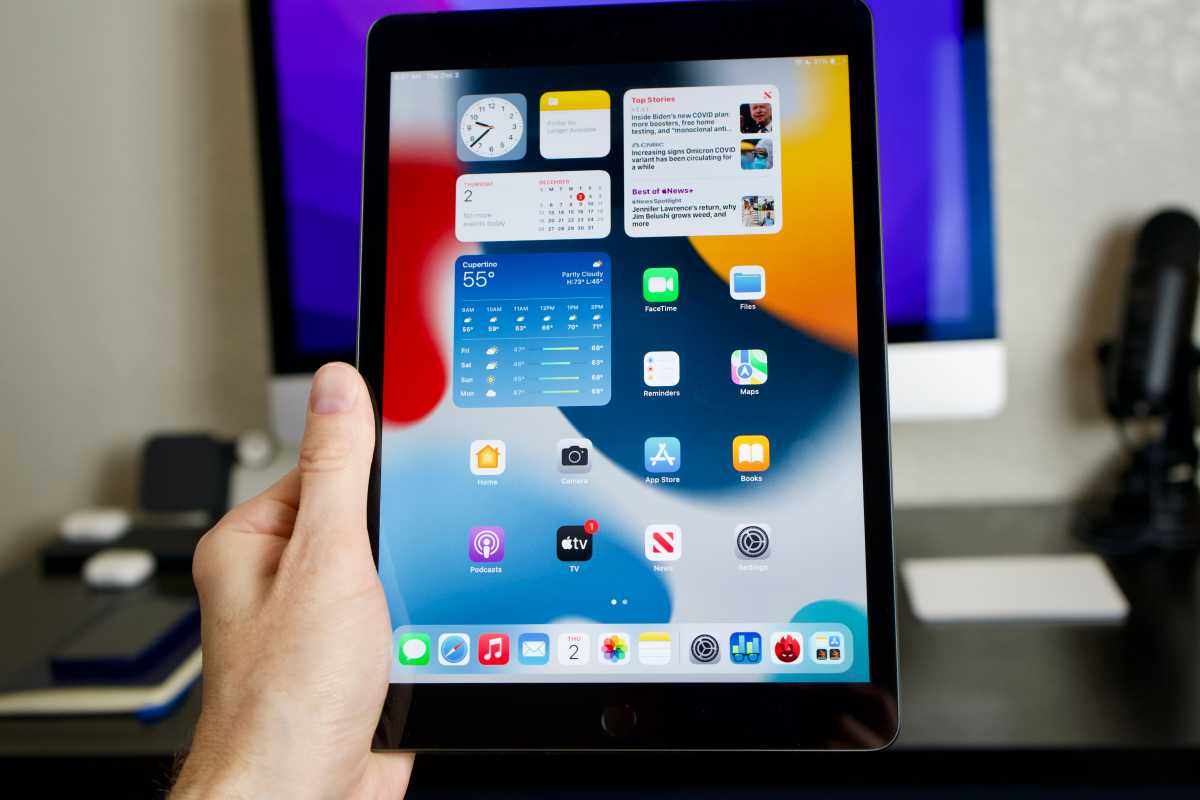 Those big bezels are so very 2015. It's time for this old design to be put out to pasture. Image: IDG/Jason Cross

Maybe next year will be the year the iPad gets the facelift it deserves, hopefully without blowing up the price. Until then, this is a more-than-serviceable budget tablet that still provides a better overall experience than comparable Android tablets, thanks in large part to the strength of Apple's tablet software ecosystem.