Canon's EOS 550D digital SLR is aimed at users new to the SLR scene, but it's a very capable camera for all types of shooting scenarios. It excels in dark conditions, it's great for portraits, and it can even be used for sporting and action shots. The Full HD video mode makes it a great hybrid camera for travellers, too.

Canon's EOS 550D digital SLR camera is a marvel: it represents a product that makes very few sacrifices in image quality in order to satisfy mainstream users after something affordable. It is aimed users new to the digital SLR category, yet its specifications are quite high. Not only does it have a massive 18-megapixel sensor, it also boasts Full HD video recording, very high ISO capability and a fast burst mode. It is a camera that can be used for just about any occasion.

Unlike a professional digital SLR, the Canon EOS 550D doesn't have a dedicated control for all of its functions; instead, you get a single control dial that can be used to change shutter, aperture and ISO speeds in conjunction with the on-screen Q-menu and the physical ISO button. There are shortcut buttons on the body for entering the focus, exposure compensation, white balance, colour and shotting modes. You can also quickly change the focus point (there are nine to choose from).

A mode dial at the top of the camera lets you change exposure mode; you can select from full auto, shutter or aperture priority, manual, or from an assortment of scene modes. You don't get as many scene modes as you would on a compact camera, and there aren't any fancy ones such as miniature mode, but you get essential ones for shooting landscapes, portraits and macros. If you're buying this camera, the chances are that you want to learn more about photography and not let the camera control everything you do, so the lack of more specific scene modes shouldn't be a turn-off.

On the inside, the Canon EOS 550D has a massive 18-megapixel, APS-C sized sensor. It's the same as the sensor in Canon's EOS 7D enthusiast digital SLR camera; it's three megapixels more than the EOS 500D entry-level digital SLR has on the same APS-C sized sensor. You could say that the EOS 550D is a poor man's EOS 7D, but the EOS 7D is slightly bigger and heavier, is designed to handle faster speeds and has more focus points.

While the Canon EOS 550D has nine focusing points that you can select from, whereas the EOS 7D has 19. In our tests the EOS 550D shot at 3.5 frames per second in burst mode, while the EOS 7D shot at 5fps. The EOS 7D is equipped with both SD and CompactFlash card slots in order to handle the extra speed (especially when shooting in RAW mode), while the EOS 550D only has an SD card slot. Nevertheless, the 550D's speed is impressive and it's suitable for shooting sporting events and animals. For freezing motion, the fastest shutter speed setting is 1/4000 on the 550D; the EOS 7D is twice as fast (1/8000). 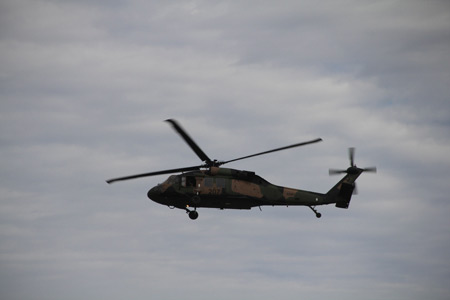 The fast burst mode comes in handy when you want to make sure you really capture the moment — such as when the Aussie Army's Blackhawk helicopters swooped over our headquarters during recent training ops.

With the very large megapixel count, you have the opportunity closely crop your photos in order to bring out small details. You shouldn't rely on this tactic too much as the quality of images at their native size is a little soft (which is what we also saw in the EOS 7D), but it's great for removing a lot of dead space around an image without leaving yourself with a very small and unusable image. 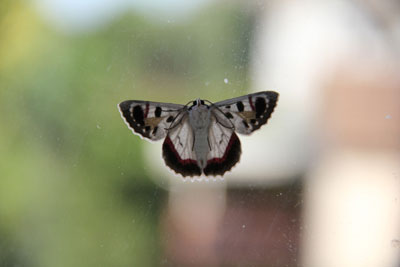 Above: a full view of a moth at 18 megapixels. Below: a close crop of the moth at 2.6 megapixels. With 18 megapixels at your disposal, you can crop your photos extensively and still have enough pixels left over to make sharp prints. 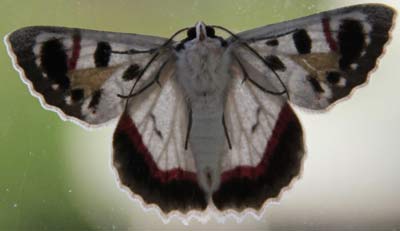 We used Canon's EF-S 18-135mm 1:3.5-5.6 image stabilised kit lens for our tests (the single-lens kit costs $2149). It's a fine lens if you're just starting out, and it can capture crisp enough photos in most situations. However, it does produce some barrel roll and it was sometimes very hard to automatically focus with — we had to manually focus many shots in which the lens refused to automatically find the correct focal length. The lens gives a prolific out-of-focus background effect (a.k.a. bokeh) on close-up shots, and it looks great. Meanwhile, its diaphragm gives lights a starry effect when you shoot at night. 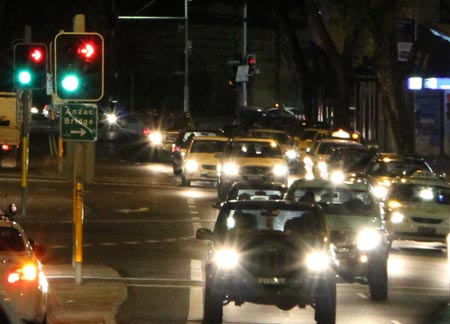 Shooting a night scene will render lights with an elegant star shape.

A high ISO capability and an image stabilised lens allow you to take clear shots even in the dark. You can shoot with a shutter speed as slow as 1/15 while holding the camera and not end up with a blurred photo — of course, you will have to hold the camera as steady as humanly possible. But in most circumstances you'll be able to shoot with a faster shutter speed by upping the ISO speed. You can use up to ISO 6400 without noticing much deterioration in the image quality unless you view photos at their native size. Shadowed areas will become more feathered and solid colours will start exhibiting grain the higher up you go in the ISO range, but the overall performance of the camera in high ISO modes is stunning. 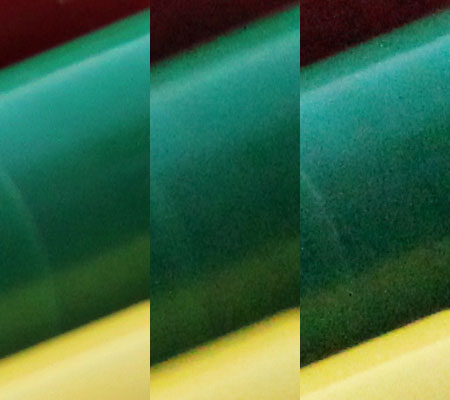 From left to right: ISO 800, ISO 2300, ISO 6400. At ISO 800, the clarity of the image is excellent. It starts to get a little more feathered along contrasting areas, some grain is introduced in solid colours and colours in shadowed areas change when you use ISO 3200 and ISO 6400. 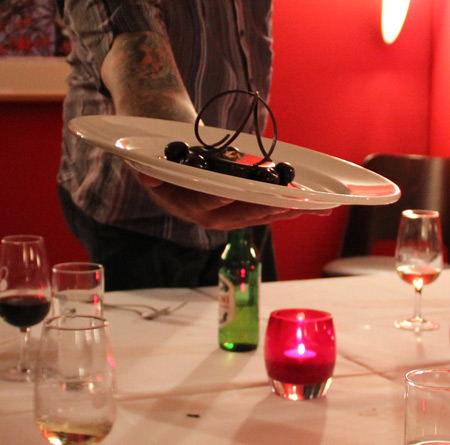 The Canon EOS 550D's high ISO mode is very handy when shooting in dark areas such as fancy restaurants when you don't want to ruin the ambience by using the built-in flash. We used ISO 1600 for this shot, which allowed us to shoot with a shutter speed of 1/15.

Video is a big part of the Canon EOS 550D; its ability to shoot in Full HD mode (1920x1080) makes it a desirable hybrid camera, especially for travellers. While its ability to shoot fluid motion isn't excellent — fast-panning shots might end up looking blurry and jerky — it will do a good job when capturing a moderate amount of motion, but some stuttering might still be noticeable. Its overall video quality is excellent for recording speeches and static scenes or landscapes when it's plonked on a tripod — it's great for weddings, for example.

Furthermore, you can employ a crop mode when shooting video. This makes use of the massive sensor to bring you closer to a very distant subject. The video size is restricted to 640x480 in this mode, so you won't be able to show it off on your big-screen TV, but you'll be able to share it online.

The camera can focus automatically in video mode, and it can also record at different frame rates: it can do Full HD recording at 24 or 25 frames per second, and 1280x720 recording at 50 frames per second. Videos can sound awful if you use the zoom or the camera's controls — the built-in microphone will pick up all the little sounds — but there is an option for an external microphone. The built-in microphone does well when recording voices — for better dynamic range, you should use an external microphone though.

Crop mode: You can get very close to a very distant subject (such as a skywriter in this instance) by using crop mode and the full zoom of your lens. However, framing can be a nightmare if you're trying to capture a moving object, as we were, and you'll want to use a tripod in order to get a video free of headache-inducing shaking.

Even though it's an entry-level digital SLR camera, the Canon EOS 550D with the 18-135mm kit lens is perfect for all occasions. You can use it at functions, sporting events and parties, and you can even shoot high quality video when the situation calls for it. We're impressed with its speed and high ISO performance and once you get used to its controls and menu system, it's a very easy camera to use. The only issue we had with the kit was the at times very slow and inaccurate focus.Stay up to date with the latest reviews. Sign up to GoodGearGuide’s Gear Daily newsletters