Canon's EOS 600D is one of the cheaper digital SLR cameras the company offers -- it's a slight drop in price from the slightly superior 60D -- but it's still got a lot of the technology from more expensive models. It's able to take excellent quality photos even in poor lighting, and amateurs will like its versatile screen and shooting guide. We do think the controls could be more newbie-friendly, and the menu's vast array of options isn't welcoming to anyone unfamiliar with Canon cameras.

The Canon EOS 600D is an entry-level digital SLR camera sporting an 18-megapixel sensor, a supposedly amateur-friendly control interface and menu, and a 3in articulating LCD screen. In our testing we found it could take excellent pictures and very high quality 1080p video, but the controls aren't as intuitive and easy to master as they could be. The menu layout also needs some work in presenting information clearly to camera first-timers.

The Canon EOS 600D is small and light for a digital SLR. It's only 570 grams with the battery inserted (although you'll need to factor in the weight of a lens), and measures 13cm wide, 10cm tall and nigh-on 8cm deep from the back of the viewfinder to the front of the grip. It's a great size for anyone with smaller hands, but if you've got large meathooks like us you'll often find your pinkie finger hanging off the camera's grip.

Like most other entry-level digital SLR cameras, the EOS 600D only has a single control dial, whereas cameras like the Nikon D7000, EOS 60D and Olympus E-5 have two. This means that if you're shooting in manual or program mode, you'll need to hold down the Av button to change aperture settings — slowing down changes that would otherwise be quick. While the controls are pared down compared to higher-end cameras, they're not very logically laid out in our opinion; they may be clearly labelled but they're hard to comprehend at first glance due to their placement around the contours of the camera. We think a more traditional, grid-based layout would be more intuitive.

Similarly, the menu is a disappointment. Canon's menu system packs a lot of options into each page, which is great for power users, but we're inclined to think that amateurs will be put off by the complexity and won't venture in to change settings and learn the ins and outs of digital photography. 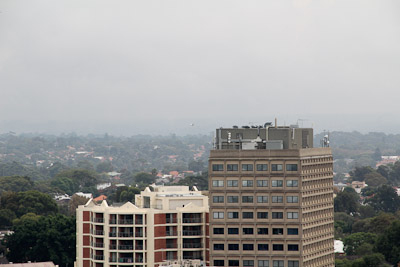 The Canon EOS 600D did a great job of capturing this overcast, smoky day in automatic mode. 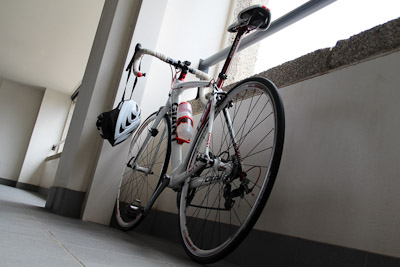 We got this low-angle shot of a road bike by using the EOS 600D's articulating screen in Live View mode.

One excellent upgrade that the Canon EOS 600D gets over the earlier EOS 550D is an excellent 3in articulating LCD screen. It's the same screen as you'll find on the EOS 60D, and it does a great job — extremely wide viewing angles, great brightness and good colour saturation. It's also invaluable for using the camera to capture video in Live View mode, since you can angle it upwards and cradle the camera at waist level. It's also fantastically sturdy — we had the whole weight of the camera twisting against it with nary a bend or quiver in the articulating hinge.

The Canon EOS 600D may not be the premier choice for anyone who likes tweaking settings in between each shot, but it does an excellent job in its automatic modes. We tested the EOS 600D with the Canon 18-135mm IS lens, but you can get it with various Canon lenses including the 18-55mm IS II, and 55-250mm IS. 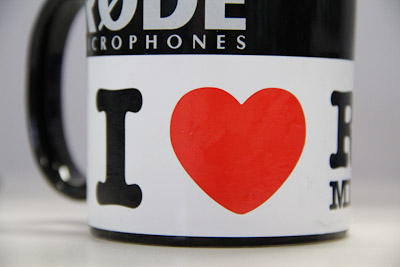 The Canon 18-135mm IS lens does a good job of macro shots at its longest focal length.

The 18-megapixel sensor in the EOS 600D is able to capture plenty of data. It's the same APS-C 1.6x crop 3:2 ratio sensor as in the EOS 60D and the even more expensive Canon EOS 7D, but less powerful image processing means the camera's continuous shooting rate is lower at 3.7fps (still pretty impressive, if you ask us). There's no appreciable shutter lag — the gap between hitting the button and capturing a picture, which can be several tenths of a second on compact and mirrorless cameras — and the camera's buffer is able to store around three dozen photos simultaneously so there's no chance of clogging up the system and having to wait before taking another shot.

For an entry-level SLR camera the Canon EOS 600D is versatile in its ISO performance. The base ISO of 100 is predictably clean, but visible noise doesn't begin to creep into images until around ISO 3200. ISO 6400 is also well regulated, and there's an ISO 12800–equivalent option available via a custom setting. The camera's JPG processing impressed us — even ISO 6400 images don't show any chrominance noise (little coloured dots) and luminance noise (little dark and bright dots) are well controlled without excessive blurring or smearing being introduced. 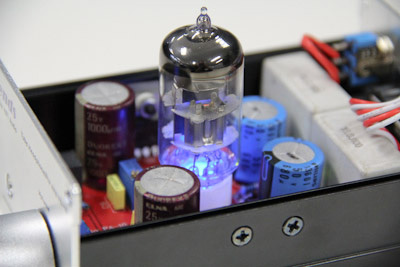 This ISO 2500 image is reasonably detailed and is clean of graininess or colour noise.

Movie performance is another highlight of the Canon EOS 600D. It's able to capture 1080p Full HD video at 30, 25 or 24fps, as well as 720p at 60 or 50fps. With Auto-ISO enabled we didn't notice any significant digital noise in our shooting with the 18-135mm lens — even in dim lighting a great deal of detail is evident in video.

We bumped the saturation and contrast up on this test photo, lowered the sharpness slightly and introduced a custom white balance.

Setting the camera's picture modes is easy — switching from Monochrome to Vivid to Landscape in Live View mode does a great job of demonstrating the different parameters of sharpness, contrast and colour saturation. You can also apply a range of art filters to images after capturing them — a definite novelty, but it's good to see Canon keeping up with competitors.

We have only a few reservations stopping us from wholeheartedly recommending the Canon EOS 600D for amateur photographers. Its buttons take a while to get the hang of (and we think a more logical layout would make them friendlier), and the menu system can be labyrinthine at times. It's an excellent choice for shooting in automatic mode though, and the photos and video it produces are definitely impressive given its entry-level positioning in Canon's camera line-up.