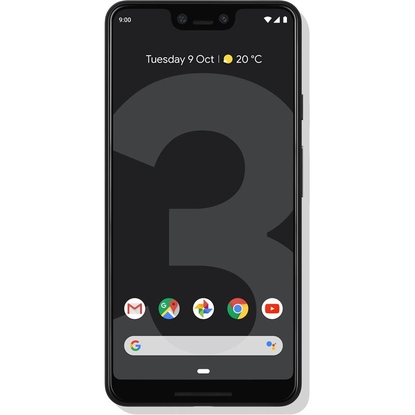 The Pixel 3 XL will sate your hunger for a clean and modern smartphone experience with solid hardware, exceptional software and little fat to speak of.

Perhaps ironically, software has always been the central conceit to what Google has offered with the first two generations of Pixel hardware. Try as you might, there's no shying away from this fact. Sure, the hardware is solid and delightfully minimalist but it's nothing unique.

The new Pixel 3 and Pixel 3 XL are powered by the same Snapdragon 845 processor you'll find in almost every 2018 flagship smartphone. Likewise, the pair’s combination of IP68-water resistance, notched OLED display and dual-stereo speakers might make for an improvement over the previous generation of Pixel hardware but are still pretty much the norm among the Pixel 3’s competition.

Even if the software still shines, the Pixel 3 and Pixel 3 XL feel like the most predictable evolution on their predecessors possible. They’re more tock than tick. And your mileage is kinda going to come down to whether or not you’ve bought a previous Pixel phone and whether or not you think the hardware adjustments are worth shelling the extra couple of hundred dollars that separates this year’s crop from last year’s Pixel 2 and Pixel 2 XL.

Google can do things with Android that other manufacturers can't and that capability shows in the final results. That hasn’t changed with the Pixel 3 and Pixel 3XL. Which is either the problem, or the reasons to seriously consider buying in - depending on how you look at it.

Read more Buying a Chromebook in Australia? Here's what you need to know

In line with trends, the new Pixel 3 XL updates the traditional aspect ratio, larger bezels and cheaper make of its predecessors for double-glass and a notched 18:9 display. In fairness, the build quality of last year’s Pixel 2 and Pixel 2 XL was far from thrifty but it did feel a little dated next to some of the other options available at the time.

With this year’s Pixel 3 hardware, Google have struck a better balance between their usual friendly-technology look and the expectations for what a flagship smartphone ought to look and feel like. Thankfully, Google have used a matte finish to maintain the two-tone look found in previous Pixel devices.

That switch to glass and the slightly wider notch aside, both of this year's devices look about as similar to last year's models as the iPhone XS and XS Max do to last year's iPhones. They’re heavy on continuity, less so on innovation and/or evolution.

However, not all of that familiarity is necessarily bad. Like last year’s Pixel devices and this year’s iPhones, Google have maintained feature parity for both the Pixel 3 and Pixel 3 XL. Yes, if you want the larger display, you'll have to go for the XL. However, as far as the camera and software go, you get the same experience across both devices.

If you're a fan of smaller flagship phones, that's a really cool pitch that you won't necessarily find anywhere outside of Apple's own (expensive) flagship lineup. Even if the competition for the XL is fiercer, the Pixel 3 is probably one of the best 'small' flagship devices on the market at the moment.

As you'd expect, the Google Pixel 3 and Pixel 3 XL run on the latest version of Android Pie and will get fast-tracked security updates for the next three years. And much like previous Pixel handsets, it really does feel like the software and hardware are in sync in a way that you can't easily find elsewhere.

As part of the upgrade to Android Pie, the Pixel 3 XL forgoes the usual trio of nav keys for a new gesture-based navigation system. Combined with the software optimization, swiping on the Pixel 3 XL feels quick and intituitive. In this aspect, the Pixel 3 XL feels almost Apple-like.However, unfortuantely, it's also a little more finnicky and than some of the other Android gesture navigation systems that have cropped up in recent months. The line between a slight nudge up (which opens up a shortcuts bar) and a full swipe up (which brings up a multitasking screen) is incredibly thin, which can make for the occasional moment of frustration.

The device also boasts a set of new Digital Wellbeing features, which Google showed off at their I/O 2018 conference earlier this year. These allow you to track, monitor and manage the amount of screen time you spend with your smartphone. For example, you can set time limits on apps or manage your phone usage by setting up a “bedtime”. I can't necessarily vouch that Digital Wellbeing will be an effective tool for you - but they're interesting additions that enrich the device’s broader software suite.

Simply put, the Pixel 3 and Pixel 3 XL is a more interesting device with these software features than without.

As for benchmarks, the more-modern components inside the Pixel 3 XL saw it outperform its predecessor across the board. However, it failed to hold onto that lead when held alongside some of 2018's other flagship options.

Our real-world experience with the Pixel 3 XL saw little in the way of hitching or slowdowns but, if you're the kind of person who cares about benchmark scores and wants the beefiest hardware a smartphone can offer, the Pixel 3 XL simply isn't it. It's staggering in how well optimized it is as an experience, but if you look at the raw numbers - the 4GB of RAM here holds the device back from being a powerhouse in the same league as something like the Galaxy Note 9.

In terms of everyday battery-life, I’d easily make it through the usual 9-5 work day and often well into the evening as well. We’d still have to charge our device back to full overnight - but if we accidentally forgot to do, we’d usually still have a little bit to go on until we found a power source. We’re talking eleven or twelve hours of average use here, though - as always - your mileage may vary. Particularly, if you watch or film a lot of video content.

Unlike its predecessors, the Pixel 3 XL supports both fast wired charging over USB Type-C and wireless charging via the Qi standard.

Camera - How Does It Compare To The Competition?

Again, software is the key. Rather than go with a dual lens or triple-lens setup like that found in other powerhouse flagships, Google have opted to equip the Pixel 3 and Pixel 3 XL with a single-lens setup and a set of powerful computational photography enhancements.

And the final results of all this post-processing are as impressive as ever.

The Pixel 3 and Pixel 3 XL also come packed with a few new software features that aim to enrich your smartphone photography. For example, Top Shot builds on the Motion Photos feature found in previous Google devices by using on-device machine to curate and select the best shot whenever you take several rapid snaps.

Read more Google Pixel 3a announcement gets a date

This time around, the HDR+ post-processing tech that elevated the camera in the Pixel 2 comes improved by the addition of a new feature called Super Res Zoom. In action, it feels like this feature goes a long way towards improving the ability of the Pixel 3 and Pixel 3 XL when it comes to capturing subjects that are a little further afield.

It's not quite as powerful as the hybrid zoom on Huawei's Mate 20 and P20 Pro but a definite area of improvement for the Pixel's camera.

The AR component of the Pixel 2 has also been rebranded and reworked into the new Playground camera mode. This lets you drag and drop characters and creations into an AR space. It's neat - but your mileage may vary in much the same way as it does most AR camera apps.

Last but not least, there's a new camera setting called Night Sight. This promises to work much the same as the Night Mode on Huawei's recent handsets. Unfortunately, this feature isn't currently available. Google say Night Sight will arrive sometime in November.

There's one other catch to note here. Most of these enhancements and improvements to the Pixel camera will also be available on last year's Pixel 2 and Pixel 2 XL via a software update. The only things that won't carry over to last year's devices are Top Shot, Photobooth, Motion Auto Focus and Wide Angle Selfies.

Update 11th December, 2018 - Several weeks after the launch of the Google Pixel 3 and Pixel 3 XL, Google has rolled out support for its previously-announced Night Sight AI photography feature. Though it works slightly differently to Huawei's Night Mode, the end-results and the difference the feature makes are quite similar and immediately-visible.

See below for a comparison of a night shot taken in the Google Pixel 3 XL's Night Sight (right) compared to the Samsung Galaxy S9+ (left).

The arrival of the feature, to both this year's handsets and their predecessors, positions Google in a much more competitive position relative to Huawei, whose own Night Mode tech has served to propel the P20 Pro and Mate 20 Pro ahead of competition

There are already plenty of reasons to jump ship to Google’s Pixel hardware but very few of those are exclusive to the Pixel 3 and Pixel 3 XL. Most of the strengths here can be found in last year’s Pixel 2 - and at a better price. So, if you already own a Pixel 2, Google's third generation lineup Pixel 3 XL is a tricky sell.

Like a lot of Samsung's 2018 hardware, its easy to see how the Pixel 3 is better than its predecessor but rarely better enough that you should should-upgrade right this second.

Still, on the alternative that you're unsatisfied with your current Android (or Apple) device, rest assured that the Pixel 3 XL will sate your hunger for a clean and modern smartphone experience with solid hardware, exceptional software and little fat to speak of.