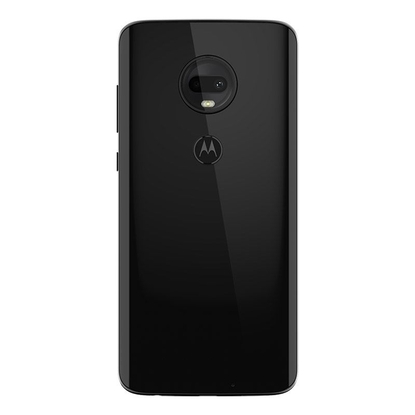 Motorola’s G-series remains the gold standard for budget smartphones - and this year’s G7 continues that legacy in strong form.

We’ve said it before and we’ll say it again: Motorola’s G-series remains the gold standard for budget smartphones - and this year’s G7 continues that legacy in strong form.

If you’re unexcited for (or unable to afford) foldable fare like the Huawei Mate X or the triple-lens Samsung Galaxy S10, the Moto G7 makes a compelling case for itself. It’s a cheap, nice phone that’ll probably be able to do all the things you want and expect a phone to do.

Read more Moto G7 Plus review: Better where it counts

Notch aside, the Moto G7 doesn’t reinvent the wheel when it comes to look and feel. And at a glance, you could easily mistake it for last year’s Moto G6.

Rather than go for plastic or metal, the body of Moto G7 opts for the same sort of curvy liquid glass that’s become the norm for smartphones nowadays. There’s a fingerprint sensor on the back of the device, Meanwhile, a single speaker grill, 3.5mm headphone jack and a USB Type-C port adorn the bottom edge of the G7.

Honestly, there’s not a huge amount to be said here. It’s a little heavier than the G6 was, prone to slipping in that same way that all glass sandwich devices are and has a somewhat-but-not-overly-egregious camera bump on the back.

Overall, the G7 looks like a natural extension of its predecessors when it comes to looks. It’s far from a radical departure but, to its credit, it’s clean and polished enough that you probably won’t mind.

The Moto G7’s dual-lens camera isn’t as capable or responsive as something that Huawei or Google might make - but it’s still pretty usable in daylight conditions.

Overall, I found that the Moto G7’s dual-lens camera performed about as expected. You get what you pay for. It supports things like bokeh / portrait mode photographs, live filters and even a form of color prioritisation.

The downside of this versatility, however, is that the camera app itself is sometimes prone to lag and other jitters. This problem can get especially bad when you start getting lots of rapid notifications.

If you’re buying a phone like the G7, there’s a good chance that camera quality probably isn’t a massive priority for you - but it’s worth noting that this is one area where Motorola continue to fall short.

In terms of the performance story for the Moto G7, the narrative is more driven by the brand’s skim-lite Android skin than it is colored by it. Motorola’s current Android experience isn’t quite as streamlined as Google’s Pixel devices or HMD Global’s recent run of Nokia units - but it’s not far off.

Read more Motorola's new One Vision smartphone looks as smooth as a Pixel 3a (and cheaper!)

Everything feels as snappy and intuitive as Android gets - and unless you’re accustomed to the precise degree of smoothness found in flagships like the Samsung Galaxy S10 or Huawei P30 Pro, you’ll probably be pretty happy with how the software on the Moto G7 feels from moment-to-moment.

The gesture controls here are also a highlight. At times, I’d go as far as to say they’re almost as good as Huawei’s solution - which I consider to be the gold standard for Android navigation.

As for benchmarks, the Moto G7 proved itself a significant improvement on the Moto G6. It didn’t really lead the pack. Then again, given the price, it probably doesn’t need to.

The Moto G7 is more-or-less exactly what you expect. It’s not a radical reinvention of what the company's central pitch to mid-tier and budget customers is - but it probably shouldn’t be.

This time around, Motorola have been smarter in the ways in which their smartphone experience is better. The sleek software, extra storage and more powerful CPU combine to make a big difference in terms of how usable the Moto G7 is and honestly, when you consider those qualities it’s not hard to make the case for this over other, more-expensive devices.