Nokia's Lumia 610 may have a cheap price tag but it feels anything but that. This is a very well built smartphone that offers a slick user experience, but its low RAM results in some annoying limitations.

Nokia appears to be the only manufacturer aggressively pushing the Windows Phone platform and part of this plan is a range of products at all price points. The Lumia 610 is the baby of the Lumia family and is currently the cheapest Windows Phone on the market in Australia. The Lumia 610 is a well built smartphone that offers a slick user experience, though its low RAM results in some annoying limitations.

Cheap on price, not on build quality

The Nokia Lumia 610 may be the cheapest Windows Phone on the market, but you'll be really hard pressed to tell when you first pick up the phone. Its rounded corners, gloss metallic edges and recessed screen are well put together, with little sign of poor build quality. The rubber-style finish of the rear battery cover makes the Lumia 610 easy to grip and hold, even if the 12mm thickness isn't competitive against higher end alternatives.

Nokia has mounted all of the Lumia 610's physical keys on the right side of the device. There's a volume rocker, a small power/lock button and the Microsoft-required dedicated camera key. The volume and lock buttons are well positioned and provide good tactility, but the camera button feels a little wobbly and doesn't offer very good feedback. Below the display are the standard array of Windows Phone capacitive keys, back, home and search. The keys are both responsive and backlit. 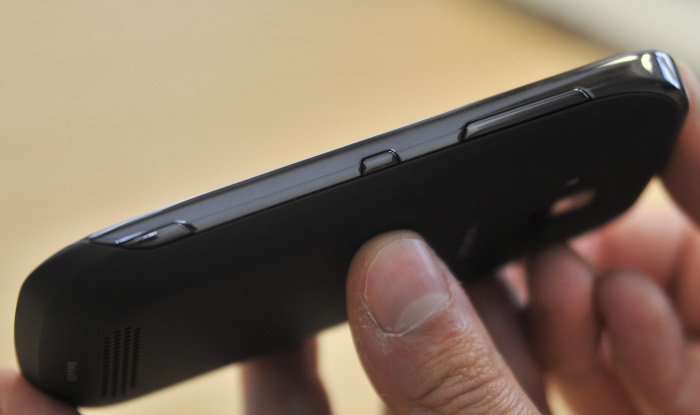 The Nokia Lumia 610 won't win any awards for its display, but at 3.7in it's larger than the far more expensive iPhone 4S and has a respectable resolution of 800x480 pixels. Colour reproduction isn't a strong point, as bumping up the brightness level tends to wash out colours, while blacks don't appear as dark as many other mobile displays we've seen this year. The biggest disappointment is sunlight legibility — the Lumia 610's screen is almost impossible to see in bright sunlight, even if its viewing angles aren't the worst.

For most part, the Nokia Lumia 610 works like every other Windows Phone. Microsoft's operating system is good looking, user friendly and smooth. We didn't experience much lag during basic use, including opening and closing apps and swiping and scrolling through menus. You can read our full review of the Windows Phone 7.5 operating system here. 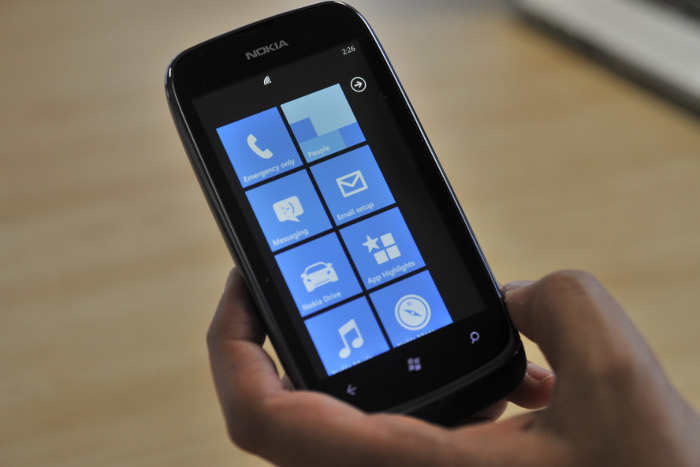 The Lumia 610 is the first Windows Phone to break the previously strict hardware requirements set by Microsoft. The phone is powered by a modest 800MHz single-core processor and has just 256GB of RAM, lower than the previous requirement of a 1GHz processor and 512MB of RAM. Despite smooth performance during basic tasks some third-party apps, like Skype, Angry Birds and Tango, don't currently work on the Lumia 610. When you try and download these apps you are presented with a message that you need more RAM. Developers may eventually upgrade these apps to work on the Lumia 610, but this isn't an ideal situation and is currently a big limitation.

Low RAM aside, the Windows Phone platform and the Lumia 610 have a few other disadvantages. The browser is noticeably slower than most of its competitors and there is only 8GB of internal storage with no memory card slot. Many apps in the Windows Marketplace are comparatively more expensive than iOS and Android apps, while the number of apps is significantly lower than both Apple and Google's platforms, respectively. Windows Phone also relies on Microsoft's Zune software for file management, with no backup option that will save important content like your messages, call logs, settings and app data. These issues are less profound on a device that retails for just over $300 but remain annoying limitations of the Windows Phone OS.

It's not all frustrating news, though. Microsoft's SkyDrive service does work well for documents and photos and $11.99 per month for an unlimited ZunePass subscription is a nice option if you plan to regularly listen to music on the Lumia 610. 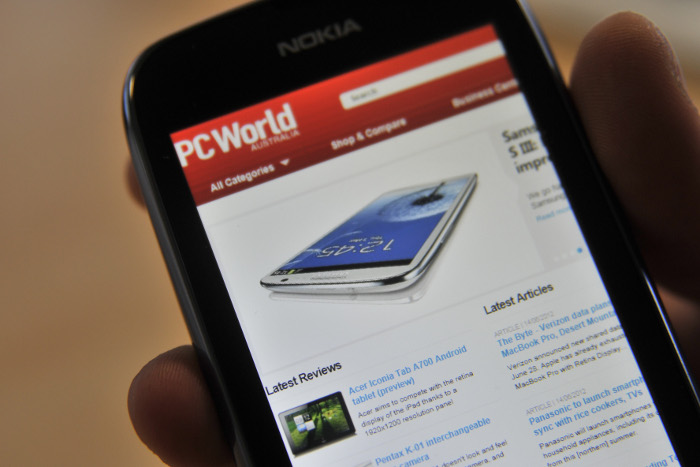 Nokia's included apps also add some value. The Lumia 610 comes with Nokia Drive, a free turn-by-turn GPS navigator. The app is completely free and allows you to install street maps (a 200MB file for the Australian map) in your region. Once installed, you can use the map without the need for a mobile Internet connection. The map screen is a little small, but since you mainly listen to directions and not look at the screen while you're driving, this is a minor issue.

Nokia Music and Nokia Maps are other apps that come preloaded on the Lumia 610. We particularly like the MX Radio feature in the music app that allows you to listen to free music streams sorted by genre. 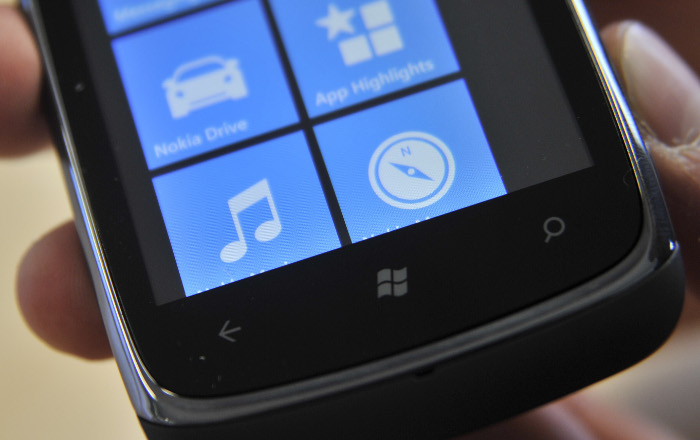 There's no front-facing camera on the Nokia Lumia 610, which will frustrate those who planned on using video call apps. The rear 5-megapixel camera has an LED flash but takes largely unremarkable photos. We love how the camera app opens within three seconds if you hold down the camera button from the lock screen, even if this is a standard feature in all Windows Phones. Ultimately, the camera snaps images with poor colour reproduction and plenty of image noise. 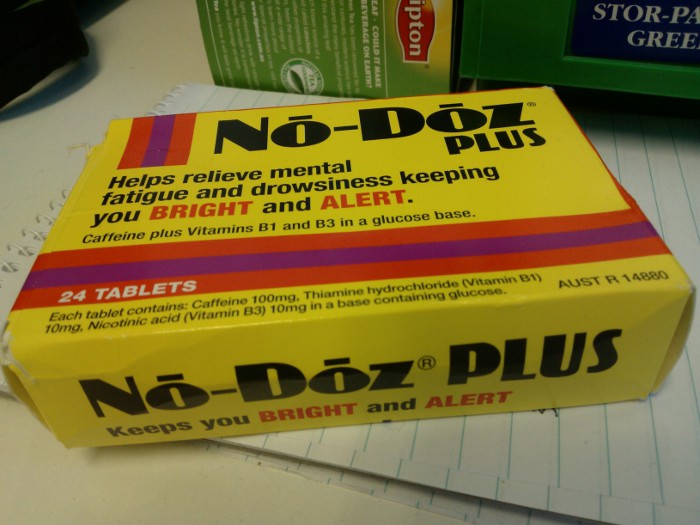 A photo captured with the Nokia Lumia 610

The Nokia Lumia 610 manages reasonably impressive battery life. With moderate use we managed to go a full day without charging, which puts it ahead of many other smartphones on the market. If you're a heavy user you'll more than likely need to charge the phone before the end of the day, but we suspect most users will be pleased with battery life. We suspect the good battery performance is a combination of the efficient Windows Phone OS and the Lumia 610's relatively small screen.

The Nokia Lumia 610 is available through Boost Mobile and Vodafone for $329.