Nvidia Shield TV (2020) review: A sequel to the best streaming box you can buy 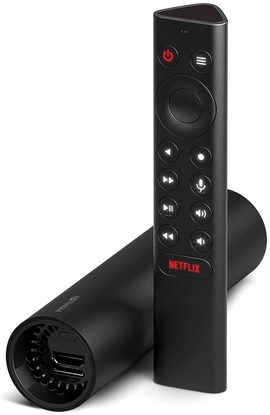 Every sequel struggles to escape the shadow of the hit that it attempts to follow up and the new Nvidia Shield TV is no different.

For as long as it's been available in Australia, the original Nvidia Shield TV has been our go-to alternative to the pricey Apple TV 4K. Powered by Android TV and Nvidia’s own overkill hardware, the streaming box plays nice with basically everything and provides a consistent gateway to your streaming and media content.

In some ways, the original Nvidia Shield TV is everything you’d hope would be considered standard by 2020. Now, it’s got some new competition in the form of its successor: the new Nvidia Shield TV.

In Australia, the new Nvidia Shield TV will retail for a recommended retail price of AU$249. You can buy it through Amazon here.

Meanwhile, the Nvidia Shield TV Pro is priced at AU$349. You can find it on Amazon by clicking here.

Those who pay the premium for the new Pro-model will get a form-factor that’s more familiar but who opt for the cheaper baseline experience this time around get something closer to a Google ChromeCast than the original Shield TV.

Where the previous model opted for a console-inspired form-factor, the new Nvidia Shield TV opts to look like a metal tube. One end of this cylinder boasts the power inputs. The other presents the rest of the port-folio.

On paper, this new design makes it a little bit easier to push the Nvidia Shield TV out of sight and make the smart part of your home entertainment experience disappear.. Nevertheless, I found it hard to love. Since both ends of the device play host to their respective input and output cables, you can’t really stand the unit vertically. Instead, it has to sit on its side - which leaves it free to roll around your TV cabinet or stand if left unattended.

Still, looks aside, the new Nvidia Shield TV does a decent job of replicating - and often improving - the strengths of the original streaming box. Like that device, the 2019 Shield TV runs on Nvidia’s own internal hardware and the latest version of Android TV. However, this time around, the graphics giant have opted to arm the Shield TV with a more-powerful Tegra X1+ processor.

This internal upgrade nets a few new features. No, the new Shield TV doesn’t support 8K content. But it does support Dolby Vision HDR - which the original Shield TV lacked.

The new Shield TV is also launching with a much beefier roster of streaming services. In addition to staples like Netflix, Amazon Prime Video and Stan, the new streaming hub will also support Disney+, Foxtel, SBS OnDemand and ABC iView.

The other key addition here comes in the form of native AI upscaling that promises to make non-4K content look much better on 4K screens. Depending on your degree of literacy in the display tech space, this will either seem cutting edge or tacky. Regardless, it’s not much of a surprise. The latest front of the home entertainment arms race has been upscaling algorithms and given their experience dealing with machine-learning based tech like DLSS, it’s only natural that Nvidia would look to distinguish themselves from the competition in this specific way.

Helpfully though, you don’t have to just take Nvidia (or anyone selling the new Shield TV) at their word that these algorithms are actually making a difference. Out of the box, the streaming box features a toggle-able split screen mode that lets you visibly see the impact that this AI-trained tech makes in real-time. More products should have this.

If you already own a Shield TV, this AI enhancement is ultimately the only reason to think about upgrading. For all the spec bumps, the experience of actually using the new Shield TV isn’t too different to the old one. I wouldn’t say it was slow but it didn’t feel that much faster than what I had become accustomed to after using the Nvidia Shield TV for most of the last year.

What’s more, after a week or so of messing with it, I’m not convinced when it comes to the AI upscaling here. Comparisons to some of the portrait optimisation tech found in many modern smartphone cameras seemed apt and even the best results have a slightly unsettling sense of the uncanny valley about them.

At worst, moving objects seemed to have strange distortive outlines around them. Most of the time, the details on screen looked a little bit smoother.

Ultimately, whether that difference in opinion that the processor has in what the best image looks like is something you're into it is going to vary from person to person. Regardless, to me, the difference that the new Nvidia Shield’s optimisation tech made was inconsistent and, even in the best circumstances, rarely outright superior in a way that made it feel something I’d want leave enabled throughout regular usage.

Both the new Shield TV and its pro-grade counterpart come with a redesigned remote. This new remote features a more comprehensive and traditional button layout, a built-in microphone for voice control, motion activated backlit buttons and an IR blaster for TV control. These are all smart changes, though they do leave the previously-minimalist accessory feeling a lot busier in intention.

Nvidia have also chosen to split their game controller into a separate add-on rather than something bundled with either product.

In some ways, this makes sense. In the world of home entertainment tech, the Nvidia remains something of an outsider brand and the number of customers looking to use the Shield TV for gaming specifically is even more niche. However, in other ways, this choice makes the new Nvidia SHield TV feel like a little bit less of a good deal than the original - especially since you can still find the latter in stock through online resellers.

Don’t get me wrong, the new Nvidia Shield TV is just as capable of delivering a works-with-everything smart 4K TV experience as its predecessor. Like that product, it’s outright better than most of the native smart TV operating systems out there. However, for as long as you can still pick up the previous model, the technical improvements and tinkering that Nvidia have done here feels a little superfluous and - in some cases - unnecessary.

When you factor in how overkill the original Shield TV was and still is, it’s not readily apparent where Nvidia should take things next. However, this feels like a pit stop on that larger journey rather than a destination in its own right. 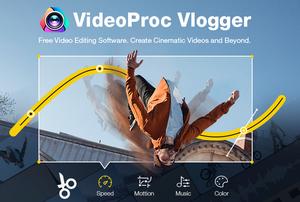