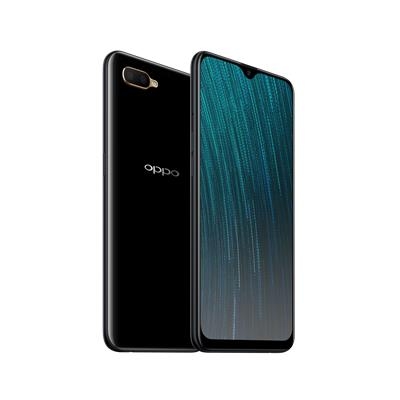 When you factor in the exceptional battery life, improved processor and updated design, it’s not difficult to dig what Oppo is selling here.

The biggest innovation that the Oppo AX5s makes is the price-tag. Its smallest compromises are hidden by a polished - albeit familiar - design.

At a glance, Oppo’s latest budget buy carries over most, if not all, the features found in the original AX5. The only exceptions here are the processor speed and RAM. If those are caveats you’re happy to live with, then the math is going to check out here.

There’s so much overlap and shared DNA here between the AX5s and the AX5 that you may as well read the review of the former before this one. At the end of the day, the price is the only real thing that sets the former apart from its predecessor. If you’re already in the market for a phone that’s this cheap and this good, it’s probably the only thing that matters.

Design-wise, the AX5s marks only a slight evolution over the AX5.

It drops the stylish geometrical patterns on the back cover. It shrinks the notch from a wedge to a teardrop. It’s a few grams heavier. All in all, these minor adjustments to the overall look of the Oppo AX5 leave it with more than a passing resemblance to the more-recent Oppo AX7.

Under the hood, the Oppo AX5 retains the same 4230mAh battery. However, it trims the RAM from 4GB to 3GB, and trades out the original AX5's Snapdragon 450 for the MTK6765 MediaTek SoC.

There’s a headphone jack, fingerprint sensor and a speaker grill adorning the bottom end of the device. However, as with the original AX5, a lot of utility is offset by its placement. I often found myself accidentally muffling it when holding the phone.

The Oppo AX5s lacks any sort of NFC connectivity, so you’re out of luck if you’re intending to use it with any sort of mobile payments system like Google Pay. It also lacks support for Oppo’s trademark VOOC fast-charging.

As mentioned under the specs header, the Oppo AX5s retains the same 13-megapixel + 2-megapixel dual-lens camera system on its back that the original AX5 did.

As you’d expect, this meant we got pretty close to the same results.

For daylight photography, the Oppo AX5 is good enough to get the job done. But, again, it feels like there’s definitely room for improvement here.

But unless you can get the lighting just right, it’s basically unusable in nocturnal environments.

The AI-driven scene optimization here is useful, but hardly revolutionary. The Oppo AX5s does support portrait-mode shots on both the front and rear-facing cameras, which adds a bit of versatility to the camera.

Like the AX5, the camera on the Oppo AX5s feels like a bit of a write-off. You’re not going to be blown away by the picture quality here - but, for the price, it’s probably unreasonable to expect so. It’ll work in a pinch, but that’s about it.

As with the original AX5, the AX5s feels like it’s largely limited to offering the kind of performance that you'd get away with, given the price range.

I wasn’t taken aback by the snappiness of the processor as with more expensive devices - but I wasn't overly stifled by its limitations. When used in most of the usual ways I use a phone, the Oppo AX5s delivered the goods. The software isn’t as nice as something like Samsung’s One UI or Google’s Pixel experience but, at AU$299, it’s more than nice enough.

Compared to the original AX5, Oppo have given the software a minor update - the AX5s runs the more recent ColorOS 5.2.1. Compared to the Snapdragon 450, the MT6753 processor inside offers lower clock speeds (1.5Ghz vs 1.8Ghz) and network connectivity (Cat 4 LTE vs Cat 7 LTE).

Still, above all else, this is another Oppo smartphone. The usual caveats around ColorOS apply. Sometimes, texts inexplicably arrive late. Sometimes, notifications play up. Still, for what it’s worth, I was genuinely surprised to see that despite the cutbacks to RAM and the CPU swap, the AX5s actually outperformed the original AX5.

As for battery life, I came away thrilled with the Oppo AX5s. In terms of everyday battery-life, I’d easily make it through the usual 9-5 work day and often into a second day of active use as well. Even if I accidentally forgot to leave the device on charge overnight, I’d still have plenty of juice left to work with.

We’re talking fourteen or more hours of average use here. Though, as always, your mileage may vary - particularly, if you watch or film a lot of video content or crank the brightness way up.

The Oppo AX5s does not support wireless charging, which is a shame, but not super-surprising. During my time with this phone, I also found myself wishing that Oppo’s budget devices would move to USB Type-C sooner rather than later.

$70 might not sound like a huge discount on the original AX5 - but it’s still almost 20% of the original price. Sure, the AX5s has cut a few corners., it does share many of the same weaknesses with its predecessor. But when you factor in the exceptional battery life, improved processor and updated design, it’s hard not to dig what Oppo are selling here.

If you’re after a clean and decent device for less than $299, the Oppo AX5s is difficult to beat.