The BlackBerry Curve 9320 is a low-cost smartphone designed for users on a budget. 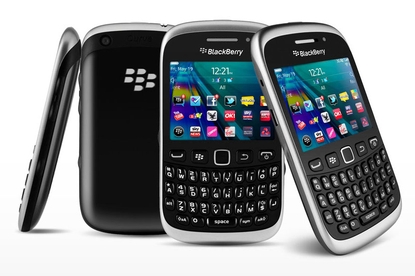 The BlackBerry Curve 9320 is RIM's latest budget smartphone. It should come with a low price and its battery will last you over a full day, but it offers no real upgrade over previous model Curve devices. This will be a tough sell for the once mighty Canadian giants as it aims to compete with low-cost Android and Windows Phone devices.

Research In Motion may be focussing heavily on an all-new operating system but its latest BlackBerry smartphone is a budget device aiming to compete with low-cost Android phones. Sadly, it doesn't offer any real new or innovative features which makes it a tough sell in an incredibly crowded market.

RIM says the Curve 9320 is targeted at users upgrading to a smartphone for the first time, or existing Curve owners looking for a "step up". How much of a step up the Curve 9320 is, however, is certainly debatable given it has a similar feature set to the almost two year old Curve 3G.

The BlackBerry Curve 9320 has a 2.44in non-touchscreen with a resolution of 320x240, an FM radio and a 1450mAh battery that RIM says will offer up to seven hours of talk time. While the BlackBerry Curve 9320 definitely aims to wow on price more so than features, we can't help but be disappointed for BlackBerry users. It doesn't break any new ground and critically, it isn't a huge leap forward over previous Curve devices.

One new feature of the BlackBerry Curve 9320 is a dedicated BlackBerry Messenger (BBM) button, enabling quick access to the service. The Curve 9320 also comes with the BlackBerry 7.1 operating system. New features include the ability for the phone to act as a mobile hotspot, Wi-Fi calling, parental controls and a social feeds app that aggregates multiple social network services including Facebook and Twitter.

The BlackBerry Curve 9320 also has a 3.2-megapixel camera with flash that doubles as a video recorder.

The BlackBerry Curve 9320 will be available in various global markets in the coming months, but there is no word from RIM on an Australian release. Given its low specs and expected sub $300 price, the Curve 9320 is likely to be sold as a pre-paid smartphone if and when it hits Aussie shores.