A predictably-exellent flagship uplifted by a standout camera 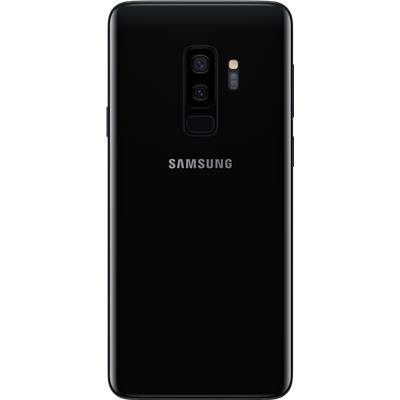 With the S9 and S9+, Samsung swing their engineering talent, brand power and their overall focus back towards the camera side of the equation and, while the results of this pivot aren’t by any means poor, the whole thing does come off as a little predictable.

Though it’d be easy to talk down Samsung’s bold claim that the new Galaxy S9 and S9+ “reimagine” the camera, it’s hard to argue that putting that particular aspect of their latest flagship smartphone front-and-center isn’t a savvy move by the South Korean tech giant.

Realistically, the dual-aperture camera (and everything it entails) is the thing that’s going to either make or break you on buying - or upgrading to - the Galaxy S9 and S9+. Everything else you’ve got here is largely iterative, even if it is executed with Samsung’s usual flair for excellence. Still, with the company not yet ready to launch Bixby 2.0 (and its corresponding smart speaker) or reveal the long-rumored Galaxy X, the S9 and S9+ are saddled with the perception that they’re products borne of a company that has found itself in a bit of a holding pattern.

Mind you, if you’re just a everyday customer looking to buy a good flagship smartphone, this isn’t necessarily a big deal. However, as someone who writes about these devices and tech brands day-in and day-out, this positioning is absolutely something worth exploring.

The last eight generations of Galaxy S devices have seen the Samsung brand ascend to become almost - if not just - as big of a household name as even their biggest rivals. Like Apple, Samsung have succeeded in a market where other countless brands struggle by offering up a consistent and winning combination of reliable hardware, slick software and innovation that’s meaningful to customers. Unfortunately, if you’ve been paying attention, the S9 and S9+ don’t really hit that third box.

Sure, debuting the world’s first smartphone camera with an adjustable f/1.5 aperture isn’t nothing - but it’s no Infinity Display either.  Even when you throw a few of the other key call-outs (like AR Emojis and Super Slow-Motion video) into the frame, I’m still left with the sense that this year’s flagship Galaxy devices are more of a safe and stable step forward than any sort of quantum leap.

With the S9 and S9+, Samsung swing their engineering talent, brand power and their overall focus back towards the camera side of the equation and, while the results of this pivot aren’t by any means poor, the whole thing does come off as a little predictable.

The specs for the Samsung Galaxy S9+ are as follows.

As far as design goes, it feels like the fully-edgeless form-factor established by the S8 has been revised with the lightest of touches here. Like the S8 and S8+, the S9 and S9+ tout a dedicated Bixby button as well as a 3.5mm headphone jack but are otherwise featureless. If there’s a highlight to be found in the range of colors on offer this time around, it’s likely the Lilac Purple - though sticklers for the usual grey or black tones are unlikely to be disappointed either. Still, overall, it feels like the S8 had a story to tell with its at-the-time unique design, and that same story is being told here with only a few variations.

Though this lends this year’s phones an air of predictability and an easy-in for those looking to call the S9 more of the same, the move does - in Samsung’s defense - make a lot of sense. The edgeless form-factor of S8 and Note 8 proved a huge win for Samsung - why vary that formula if you don’t need to?

Last year’s proclamation by Samsung that edgeless displays would redefine “what a smartphone looked like” seemed pretty hyperbolic at the time. However, in retrospect, it’s proved prescient. Almost every other Android vendor out there has rushed to embrace bezel-less and 18:9 displays - and this combination is as compelling as ever in the S9+.

To hold, the S9+ feels as clean and appealing to the eye as smartphones come. The curved display looks slick but is never slippery. The glass surfaces feel expensive, but rarely fragile. The aluminum frame comes across as sturdy, but never weighed-down. It feels like a flagship phone that costs $1349 ought to feel.

Nevertheless, as mentioned above, a few practical refinements have been made. The rear-mounted fingerprint sensor has been moved from parallel to the camera to underneath it, laying the groundwork for a more ergonomic experience.

The other notable hardware change here comes in the form of the new integrated stereo speakers. Tuned by AKG and boasting Dolby Atmos-powered surround sound, they make listening to music or watching video content on the S9+ a significantly better experience than it was with both of its predecessors. It’s not quite as good as a dedicated speaker but it’ll definitely do the trick for most phone-powered entertainment experiences.

As for Bixby, it hasn’t really undergone too many changes since we last messed with it on the Note 8 - and overall verdict on it hasn’t either. In fact, in terms of software, the only changes to Samsung’s TouchWiz UI really concern the new features offered by the S9 and S9+. More specifically, they concern AR Emojis and Super Slow-Motion Video. I’ll talk a little more about the S9’s 960FPS video capture in the camera section of this review. For now, let’s focus on emojis.

Bearing in mind that I am *probably* not the target market for this particular feature, the idea here is that the S9’s camera can capture and create an approximation of you and then animate it in real time.

Unfortunately, the uncanny valley is often a harsh and unforgiving mistress.

Your mileage may well vary here, but my AR Emoji just didn’t look all that much like me. What’s more, it seemed to exist in a constant state of muscular wriggling and facial contortion - which quickly became unsettling. When I first tested out this feature, my initial reaction was a visceral “OH THAT’S HIDEOUS” (though it did grow on me a little bit over time). When I tested it on family members, the results often varied. Sometimes it would capture one or two features (usually the eyes or mouth) with striking similarity but often fudge the rest. While the S9’s AR Emojis feature can’t pick up facial hair nor can it work while you’re wearing glasses, you can customize your avatar to a (disappointingly) limited degree after the fact.

Once you’ve set everything up, you can also send some nifty custom AR Emoji stickers using messaging services like WhatsApp and Facebook Messenger. Again, as someone who doesn’t use a whole lot of emojis, this is a feature I’m not necessarily the target market for. Still, it feels like a lot of the mileage you’ll get out of this is kinda going to come down to how much your AR Emoji actually looks like and how much your friends are willing to put up with messages that incorporate it.

Interestingly, the additional other AR “skins” bundled in with this feature actually work a whole lot better. Samsung’s counterpart to the iPhone X’s Animojis, you can also use the face-scanning capabilities of the S9 and S9+ to pull the strings of an third-party animated avatar. In practice, this actually feels like it works a lot better than the AR Emojis themselves do. The facial rigging and animation seems a lot smoother, responsive and - sans the uncanny valley - it’s just generally a bit more fun to mess with.

At the moment, there are only three skins on offer here but Samsung have inked a partnership that’s supposed to bring Mickey, Minnie and The Incredibles and other iconic creations to the platform over time - which could make it an appealing alternative to Animojis in due course.

Samsung’s own array of facial recognition options also make a return in the S9 and S9+. However, on this front, it does feel like Samsung have slightly missed the mark - even if these features are, for the most part, perfectly adequate. Users are offered the dealers’ choice of quickly unlocking their device using the fingerprint sensor, straightforward facial recognition, iris scanning or a combination of the last two options - called Intelligent Scan.

These all - technically - work as intended but when none of them offer the same easy usability and ultra-security of the iPhone X’s face-mapping, it comes across as a desperate scattershot approach that tries to cover all the bases rather than actually match the competition tit for tat.

Next Page: Camera, Performance, Battery Life and The Bottom Line