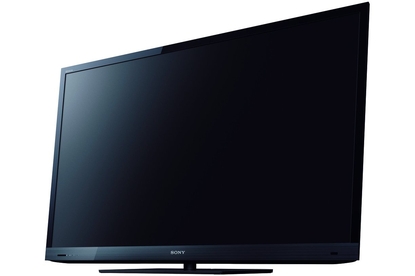 Sony's BRAVIA EX720 LED TV is the cheapest model you can buy with 3D playback. No glasses are included, and you'll have to buy a Wi-Fi adapter if you want to connect to a wireless network. If you're looking for a cheap 3D TV and don't mind paying for extras as you need them, the EX720 will probably be one of the top choices of 2011.

In 2011, the Sony BRAVIA EX720 series will the cheapest TVs that you can buy from Sony that offer 3D playback. You'll need to buy the 3D glasses as they aren't included, but we're guessing that the EX720 will be a cheap entry into 3D Blu-ray and TV playback. It's still got all the Sony Internet TV and BRAVIA Internet Video features of the best Sony TVs, the BRAVIA HX820 and BRAVIA HX925.

Like the Sony BRAVIA EX710 from last year, the EX720 series uses an edge-lit LED backlight. It doesn't have any local dimming or dynamic control, though — so maximum contrast won't be as high as more expensive models, which use true LED backlighting that can dim specific segments of the screen when needed.