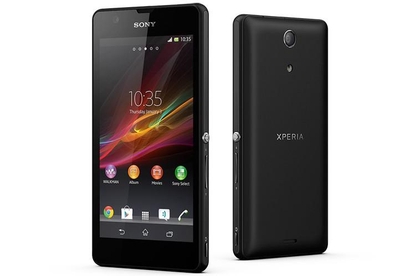 If you're annoyed by the trend of huge smartphones, the Sony Xperia ZR should be right up your alley. It's a smaller version of the flagship Xperia Z but it offers much of the same features and functions including water and dust resistance.

If you're annoyed by the trend of "bigger is better" when it comes to flagship smartphones, the Sony Xperia ZR should be right up your alley. It's a smaller version of the flagship Xperia Z but it offers much of the same features and functions.

Like the Xperia Z, the new Xperia ZR is water and dust resistant. However, this time around Sony is advertising the fact that you can actually use the ZR underwater. There's a dedicated, physical shutter button on the side so you can record underwater video and take still photos with the Xperia ZR, two functions that weren't possible on the Xperia Z.

The Xperia ZR also has an improved water resistant rating. It's rated at IP55 and IP58 standards and this means it can be submerged in up to 1.5 metres of water for up to 30 minutes. It may only be an increase of half a metre when compared to the Xperia Z but it's still pretty impressive.

The Xperia ZR has a 4.55-inch LCD screen with a 720p resolution of 1280x720. The latter is a downgrade from the Xperia Z's full HD resolution but given the slightly smaller screen size, it's a trade-off that won't affect most users. Sony also claims the use of an "OptiContrast" panel on the Xperia ZR which integrates the touch screen on the display panel itself to make the display thinner.

The Xperia ZR is smaller than the Xperia Z, but at 10.4mm it is significantly thicker. Sony has opted for a plastic back rather than glass this time around, so durability shouldn't be an issue.

The Xperia ZR has the same camera as the Xperia Z. It's a 13-megapixel snapper that features an Exmore RS sensor and can capture HDR (High Dynamic Range) stills and video.

Sony will launch the Xperia ZR with Android 4.1 (Jelly Bean) but the company has promised it will eventually be upgraded to the latest 4.2 version. The Battery Stamina mode feature seen on the Xperia Z is also present here. It prevents applications from running when the screen is locked, therefore saving power.

The Xperia ZR is powered by a 1.5GHz quad-core Snapdragon processor, has 2GB of RAM and includes 8GB of internal memory. A microSD card allows the memory to be expanded and there's also built-in NFC connectivity.

Sony hasn't officially confirmed it, but the Xperia ZR is expected to be 4G capable for Australia, so it will be compatible with the 1800MHz 4G networks used down under by Telstra and Optus and in the near future, Vodafone.

Sony hasn't announced whether the Xperia ZR will officially be launched in Australia but it is expected to go on sale in Q2 2013 and will be available in black, white, pink and mint colours.

A promotional video of the Sony Xperia ZR can be viewed below.