Stylish design for those on a budget. At this price the S500i is reasonable value, but it doesn’t boast any outstanding features. Its design should appeal, but the keypad and controls may pose some problems.

The Sony Ericsson S500i is a low-end prepaid handset that commands a price of just $199. Exclusively sold by Virgin Mobile in Australia, the S500i differentiates itself from the pack by offering a stylish design.

The S500i is comfortable to hold, and at just 14 mm thick and weighing only 94 grams, it's an easy phone to slide into your pocket or bag. Unfortunately, while it manages to appeal cosmetically, the small keypad poses issues, especially to those with large fingers. We found it easy to unintentionally press the wrong keys while messaging or dialling. The five-way navigational pad is also a problem, as its design is centred in a round casing and the edges dig into your fingers when pressed.

The S500i boasts a dynamic light effect feature, but this is purely an aesthetic addition rather than a functional one. The small neon light on both sides of the phone can be customised to a number of different colour presets for incoming calls. Options include a range of standard colours, in addition to settings which change colours, such as glimmering pulse, lantern and disco. Although this does attract some attention, the novelty will quickly wear off.

Thankfully, Sony Ericsson's proprietary interface is both easy to use and speedy. The 3x4 grid layout for the main menu and the simple list format for submenus shouldn't pose too many problems, even for first-time users. Menu icons are bright and clear, showcasing the excellent display, while viewing angles are reasonable.

Considering its market position, the S500i boasts a reasonable list of features, headed by a 2-megapixel camera, a multimedia player and A2DP Bluetooth. The inclusion A2DP Bluetooth is handy, as Sony Ericsson has once persisted with a proprietary charging and headphone jack and doesn't include an adapter for a standard 3.5mm jack in the sales package. For extra storage, a Memory Stick Micro (M2) card slot is located at the top of the handset, but there is no card included.

The S500i isn't a 3G phone, but Virgin provides access to its Vibe portal, where you can access a range of downloadable content and services. In addition, there are two preinstalled games — Brain Juice and Lumines Block Challenge — as well as a number of PIM functions including a sound recorder, calendar, notes, timer, stopwatch and calculator. 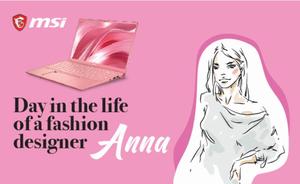