Telstra's Smart-Touch is back for round two, but the user experience remains frustratingly sluggish 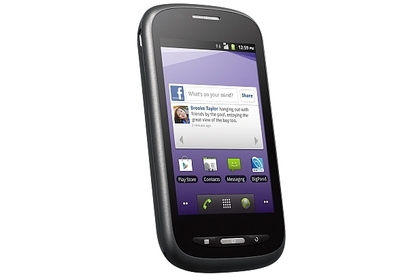 Telstra has obviously taken the criticism of its original Smart-Touch on board as the Smart-Touch 2 clearly aims to address most of its predecessors issues. However, the chief complaint about the first Smart-Touch hasn't been resolved on the Smart-Touch 2 — the user experience remains frustratingly sluggish.

Telstra's original Smart-Touch was the first Android smartphone to break the $100 price barrier in Australia, but its tiny, resistive display made for an extremely poor user experience. The company has gone back to the drawing board with the Smart-Touch 2 but the same $99 price tag remains. The larger screen and newer software make the Smart-Touch 2 a better proposition than its predecessor, but the user experience remains frustratingly sluggish.

It's tough to be critical of a fully fledged Android phone that sells for less than $100, even if it's not a great product. The Telstra Smart-Touch 2 falls squarely into that category. There's nothing essentially wrong with its basic, candybar form factor but the plain black casing really doesn't inspire any confidence in ZTE's build quality. The rear battery cover feels hollow and visibly depresses when force is applied, the glossy front is a fingerprint magnet and the overall feeling you're left with is that this is a very cheap phone. Yes, the Smart-Touch 2 is a cheap phone, but we would have appreciated a simple silver edge to spice up a bland look, for example, as well as a slightly sturdier build.

Despite its plain looks there are a few things we like about the Telstra Smart-Touch 2. Its relatively lightweight and its rounded edges and curved corners means the phone comfortably fits into the palm of your hand. The plastic casing on the back feels a little like rubber, too, which means the device is easy to grip and therefore shouldn't be easily dropped.

The three buttons below the Smart-Touch 2's display are also a positive. The menu, home and back keys are raised, physical buttons rather than the capacitive, touch-sensitive keys usually found on these types of Android phones. Although they make an annoying clicking sound when pressed, they're responsive and effective during general use.

The biggest improvement of the Telstra Smart-Touch 2 over the original model is the addition of a larger screen that uses capacitive rather than resistive touchscreen technology. The 3.5in display (up from 2.8in) makes for a much roomier experience, while capacitive touch technology means the screen is far more responsive than its predecessor.

With that being said, the display is still the weakest aspect of the Telstra Smart-Touch 2. Despite a capacitive touch panel, we often needed to press two or three times on the screen for it to respond. Sometimes, basic finger swipes through home screens didn't register and needed to be performed again. There's no consistency in this regard, either. Sometimes we'd use the phone for a good couple of minutes with no problems, but other times we'd have to swipe or touch multiple times for the screen to register our input. Further, the low 320x480 resolution combined with mediocre viewing angles and poor sunlight legibility means the Smart-Touch 2 can often be tough to see. We found the brightness needed turned up relatively high, even when indoors.

A largely vanilla Android, but sluggish

The Telstra Smart-Touch 2 runs the 2.3 "Gingerbread" version of Google's Android platform, an upgrade from the 2.2 Froyo version on the original Smart-Touch. If you've used the first Smart-Touch, you'll definitely notice a general boost in speed when it comes to navigating the Smart-Touch 2. It's far from a fast smartphone to say the least, but its a little snappier than its predecessor. Given its entry level market position, we don't expect the Smart-Touch 2 to get an upgrade to 4.0 Ice Cream Sandwich or 4.1 Jelly Bean. However, this isn't a real disadvantage given the $99 asking price.

You should certainly keep that asking price in mind when evaluating what the Smart-Touch 2 can do. Like most Android phones, it provides full access to the Google Play Store for third party apps, has Wi-Fi and Bluetooth connectivity, provides a full mobile Web browser, can share a mobile Internet connection via tethering and allows you to access a wealth of Google services straight out of the box including Gmail, Maps, Google+, Google Maps Navigation and Google Talk. While the low screen resolution doesn't make for the best user experience, most of these apps work perfectly well on the Smart-Touch 2.

The main issue with the Smart-Touch 2 is that while it is certainly capable of accessing all of these features, it does so slowly. The phone is very sluggish when performing multiple tasks, for example when you're updating apps from the Google Play Store and simply trying to read a text message. Basic tasks are also slow, like swiping through the five available home screens, unlocking the lock screen and opening and closing apps. The Smart-Touch 2 will do all the things it promises, but it does them slowly. That's the catch with such a low asking price.

ZTE has bundled a few extra apps on the Telstra Smart-Touch 2 including Docs To Go, a file manager, an FM Radio, a sound recorder and a video player. The low resolution screen isn't the best for video playback but we had trouble playing video files that work perfectly well on other smartphones. The Smart-Touch 2 didn't play any of .mov test files, and even refused to most of our regular MP4 files, simply telling us that that "this video is not supported". Oddly, on all these occasions the phone happily belted out audio but did not display any video.

Thankfully Telstra has kept its apps to a minimum on the Smart-Touch 2. There's the TelstraOne app in the app drawer along with a range of widgets to go with it. The only other app is the Garmin Navigator, which offers a seven day free trial before users need to pay $9.95 per month to use the full service.

ZTE has improved most of the features of the Smart-Touch 2, but the only odd downgrade appears to be the camera, which is 2-megapixels compared to the original Smart-Touch's 3.15 megapixel snapper. We're not sure ZTE has gone down this road given that most other features have been upgraded. The camera still doubles as a VGA video recorder but the quality of both photos and videos are best described as dreadful.

The Telstra Smart-Touch 2 only has around 27MB of internal memory available to store photos and other files. Thankfully, a 2GB microSD card is included in the sales package.

We found battery life to be below average. With such a low resolution screen we expected the Smart-Touch 2 to at last at least a full day, but in our tests it often fell short. Battery life is tough to measure, though, so if you're a light user we suspect you may be able to push out a full day.

The Telstra Smart-Touch 2 is available now exclusively through Telstra and comes in black or pink colour variants. It is also sold through Dick Smith retail stores.