Xiaomi Redmi Note 5 review: A budget phablet that swings above its weight 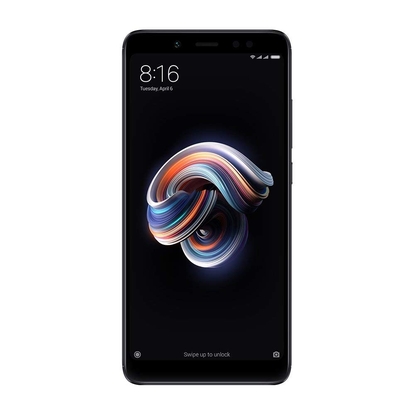 Between the solid material design and build-quality, performance that swings above its price-bracket and slick software experience, the Redmi Note 5 is a smartphone that’s very easy to recommend.

While there are plenty of good reasons to stick with locally-certified and available smartphones, the rise of online tech resellers in recent years has made it easier and easier - and more and more tempting - to experiment with smartphone brands that aren’t usually available for Australian consumers.

One such brand is Xiaomi.

Sometimes called “China’s largest startup”, Xiaomi grew out of a business model initially focused almost-exclusively on online flash sales and razor-thin hardware margins (with a profit usually later made up for by software revenues). While they’ve yet to officially launch into Australia, Xiaomi are a pretty major player in overseas markets with a reputation for not just offering cheaper alternatives to established brands like Apple and Samsung but also bringing their own innovations to the space. For example, their recent Mi Mix 2 relocated the front-facing camera to the bottom edge of device to pave the way for a slick bezel-less (and notch-free) upper edge.

The blueprint for Xiaomi Redmi Note 5 isn’t quite as creative but it lives up to the company’s reputation nevertheless. It’s a budget-grade device that packs in a lot of value, particularly if you’re the kind of user who favors a larger screen and isn’t too fussed about camera quality.

You can nab the Xiaomi Redmi Note 5 through GearBest and Amazon.

In terms of design, the Redmi Note 5 doesn’t exactly break the mold but it does boast an impressively-high level of build-quality for what is, by comparison to local brands, a pretty low asking-price.

For about $250, we’re talking about a smartphone with 5.99-inch FHD display, 18:9 aspect ratio, Qualcomm’s Snapdragon 636 processor and a hefty 4000mAh battery. On paper, Xiaomi are offering a lot of phone for a not a lot of money here.

Then, in terms of the look and feel of the thing, the Redmi Note 5 boasts a classic aluminum unibody that comes off as very comparable to what Oppo and OnePlus have put out in recent years. Sure, it doesn’t feel quite as luxurious to hold as a Samsung Galaxy S9 or Huawei P20 Pro - but for a fifth of the price, it more holds its own.

Better yet, despite the price-tag, the Redmi Note 5 rarely feels like you’d expect a budget device to. It’s got a fingerprint sensor on the back but also boasts a fast and reliable version of the face-unlock feature found in other smartphones. It also proved surprisingly scuff-proof.

Part of this appeal comes down to the sheer polish of the MIUI Android skin. As someone who hasn’t really messed with Xiaomi’s take on Android before, I came away really impressed. It was immediately-understandable, usable and easy to customize - coming off like a tasteful middle ground between Oppo’s often-overwhelmingly friendly ColorOS and Huawei’s more utilitarian EMUI.

What’s more, despite the absence of a flagship processor like the Snapdragon 835 and 845, the Redmi Note 5 ran like a dream. Apps loaded and closed fast, and it felt like we rarely ran into a situation where we got bogged down by multitasking. Even games like The Elder Scrolls: Legends and Paladins: Strike ran surprisingly-well on this thing, with the usual caveats that high-intensity mobile experiences are subject to some pretty hard limits (even on the best hardware).

In terms of everyday performance, the Redmi Note 5 delivers in all the ways you want (and expect) a phone will - even if the differences between the performance here is well-below what you’d get out of a flagship with overkill specs.

When it came to benchmarks, the Redmi Note 5 continued to deliver competitive results and continued to swing well above its weight when it comes to price-tag.

We initially tried to compare it to the Huawei Y5, Moto E4 and 2017 Nokia 6 but quickly found it outpaced those devices so easily that it honestly doesn’t seem that crazy to compare it to mid-tier fare like the Xperia XA2 and HTC U11 Life.

While the Redmi did consistently lag behind the Oppo R11s, it delivered the goods across the board otherwise. It’s a device that embodies the continued closing of the gap between what’s on offer to high-end and low-end smartphone users at its best.

Though the Redmi Note 5 excels when it comes to performance, it’s photographic potential is held captive by a lot of the same hard limitations faced by other budget smartphones. If there’s any area of the device that struggles, it’s this.

It’s impressive that Xiaomi have managed to pack so many camera features into the Redmi Note 5, and the HDR function on the camera does delivering some-often sizzling results, our overall verdict on the Redmi Note 5’s camera was one of disappointment.

As you’d expect, low light images fared poorly and made for a stark contrast to some of the other smartphones we’ve recently reviewed.

It’s possible to capture some decent outdoor shots with this thing but it's impossible to put it in the same league as some of the heavy hitters out there in the 2018 smartphone landscape. If you’re the kind of user who cares about their smartphone camera, the compromises being made here will likely sour you on this one.

In terms of every day battery-life, we’d easily make it through the usual 9-5 work day and often into a second day of active use as well. Even if we accidentally forgot to leave the device on charge overnight, we’d still plenty of juice left to work with.

All things considered, the Redmi Note 5 Pro is an impressively compelling piece of budget tech - as long as you’re happy to settle when it comes to the camera.

Between the solid material design and build-quality, performance that swings above its price-bracket and slick software experience, the Redmi Note 5 is a smartphone that’s very easy to recommend. What’s more, even with the usual caveats surrounding importing smartphones, it’s priced low-enough that, should you be looking for a low-risk introduction to the Xiaomi brand, this is probably the place to start.

You can buy the Xiaomi Redmi Note 5 through GearBest and Amazon.