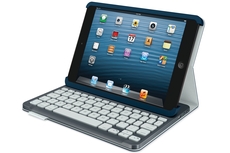 The iPad mini is an exceptionally built tablet with a fantastic app library, but it's let down by a less than stellar display

Apple's iPad mini went on sale across Australia this morning. We were at the flagship Sydney store to capture the first sales.

In Pictures: 7 solid 7-inch tablets that rival the iPad mini (and cost less)

The best 7-inch tablets available today, including tablets from ASUS, Samsung, Lenovo and HTC. And all 7 of these 7-inchers cost less than Apple's brand new iPad mini tablet.

The small iPad is just what the official name – indeed called iPad mini – suggests. It’s recognizably the iconic iPad tablet, only it’s smaller. Here's a closer look at what you get.