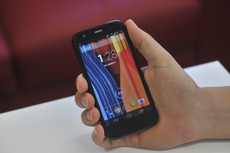 A fantastic budget smartphone without the cutbacks.