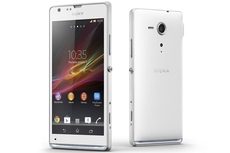 A first look at the Samsung Galaxy Note 3

Samsung's new Galaxy Note 3 is the company's third-generation Note smartphone, and it's set to be released on Thursday, 3 October in Australia. We've just got our hands on a review unit for a first look!