While music streaming services have long been the subject of artists' and labels' ire over low rates and onerous terms, Apple Music might be their biggest advocate. In a post on Apple Music's artist dashboard obtained by The Wall Street Journal, Apple divulged that it pays out a penny per stream whenever subscribers play a song.

That might not seem like much, but it's actually significantly higher than other services, including Spotify, its biggest competitor and the largest streaming service. Spotify launched a website last month to defend its rates, boasting that it has paid over $23 billion in royalties to rights holders as of 2020. However, that works out to less than a half-cent per stream.

Unlike Apple Music, Spotify has an ad-supported free tier that contributes to the royalty pool. It also has far more members and the company claims the average subscriber to Spotify listens to more music per month than on other services. It also says that its service is more popular in countries with lower prices, which brings down the overall per-stream rate.

Apple didn't say whether its rates fluctuate depending on the location of the user, but it is available in more than 165 countries.

Apple Music is estimated to have some 70 million subscribers, though it hasn't released numbers since June 2019, which it announced it had topped 60 million subscribers. Spotify had 155 million paid subscribers through 2020, with another 200 million on the free tier. Apple Music costs $9.99 a month for an individual and $14.99 for families, and is also available as part of the Apple One bundles. 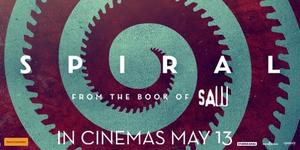