When Apple released iOS 12.3, it refreshed the TV app and added a feature called Apple TV Channels. Channels lets you subscribe to third-party streaming services like Paramount+ or AMC+, right from within the TV app. You can watch that content in the TV app, served directly from Apple, without the need to install other apps.

Here's everything you need to know about which services are available as Apple TV Channels, what they cost, and how they work.

Updated 06/29/21: We've updated our list of channels to include the latest available, including The Great Courses Signature Collection, Topic, and ScreenPix.

How do I get Apple TV Channels? 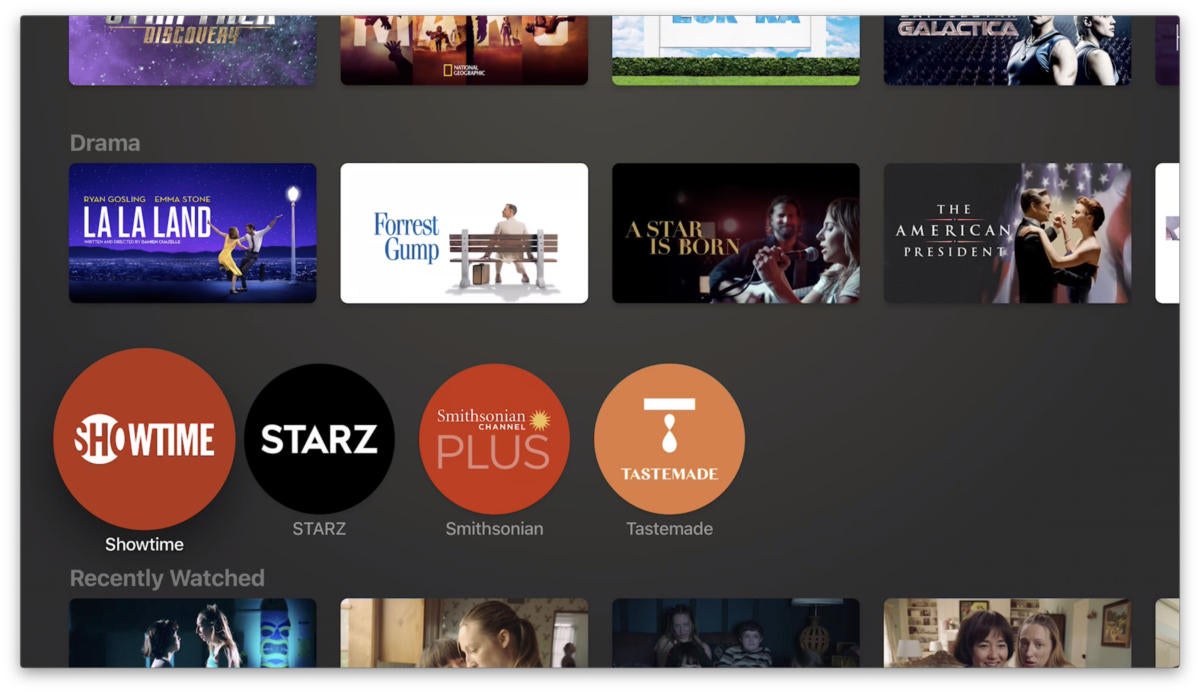 This part is easy. In the TV app on your iOS device or Apple TV, just scroll down in the main Watch Now tab—a list of channels should be prominently displayed. Most will have a button that says Try it Free. Selecting this brings up an in-app-purchase approval screen showing the length of the trial (usually one week) and the recurring subscription price after the trial is over.

When you're browsing a Channel's content (see below), you'll be presented with Try it Free buttons on shows and movies, too. 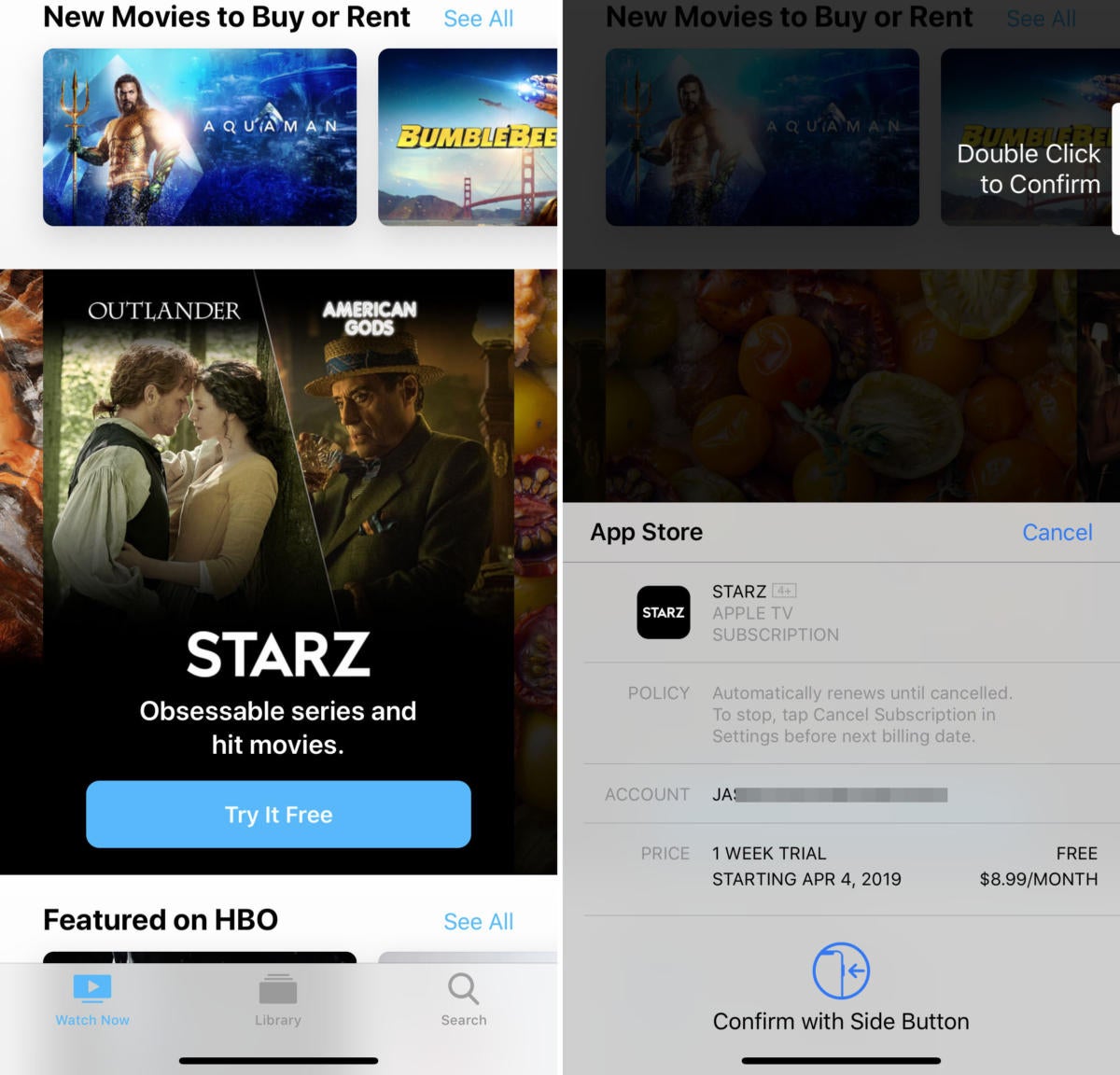 Subscribing to Channels is fast and easy, and you don't have to install any other apps.

How does playback work?

Once you're subscribed to Channel, you'll see shows and movies recommended directly in your Watch Now tab.

As you scroll down in the Watch Now tab, you'll also see a horizontal list of Channels represented as circular icons. Select one and you'll see everything available on that Channel (whether you subscribe to it or not). 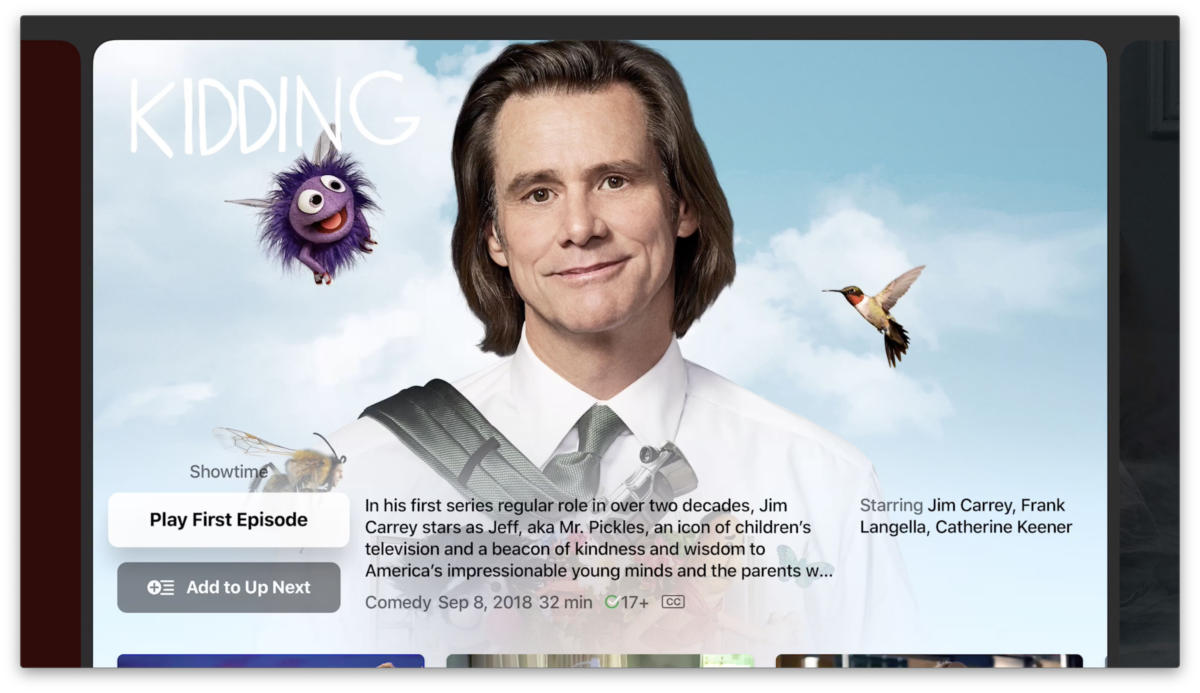 You play back shows from Channels directly in the TV app, instead of being kicked out to the service's own app.

Select a show, and you'll see an info card showing seasons, episodes, cast and crew, and more, along with a prominent Play button. On Apple TV, you might see a different format, something like Play first episode and another button for Add to Up Next.

If you subscribe to the Channel, you can play content right here, directly, without having to install any other apps.

What Channels are available, and what do they cost?

Here's the list of current Channels we know of, along with their subscription price.

All subscriptions are month-to-month with a 7-day free trial. There are no yearly subscription options for Channels.

While the new TV app will expand to over 100 countries, the list of available Channels may vary from one region to the next, as will pricing.

Are you wondering how the Channels prices compare to subscribing within each service's native app, or on the web? We have a comparison guide.

What if I already subscribe to one of these services?

If you subscribe to any of these services, you won't be able to use your current subscription as a Channel in the TV app. Most of the native apps integrate with the TV app, so you'll see content in the Watch Now tab, and your shows and movies will appear in Up Next. But you'll have to have the appropriate app installed, and will be automatically kicked over to it to play content. If you subscribe through an in-app purchase, you'll be billed by Apple, but if you sign up on the web you'll be billed by that content provider. In either case, you may or may not be able to make use of Family Sharing.

To get playback directly within the TV app, Family Sharing, and billing from Apple, you'll need to cancel your existing subscription and re-subscribe through the TV app's Channels section. You will then need to use the TV app to play back content.

What about Amazon, Netflix, and Hulu?

Netflix does not work with Apple on the TV app at all. Its content does not appear in the TV app in any way—you just have to install the Netflix app and use that.

Hulu is not a Channel—you can't subscribe and watch directly within the TV app—but the service does support the TV app's features. So Hulu content will appear in the TV app's tabs and search, and its shows will populate the Up Next section. You'll have to have the Hulu app installed in order to play shows or movies, though, and you have to subscribe through the Hulu app or site.

Amazon Prime Video works just like Hulu does: It's not a Channel, but if you install the app and have a subscription, all the content integrates within the TV app.

Can I buy bundles of services?

So far, Apple hasn't mentioned any Channels bundles. It would make sense to offer such a thing as the library of Channels grows, but for the time being, they are all à la carte.