After years of a home button, the iPad mini finally got the modern tablet treatment, with an all-screen design and a slew of internal upgrades that make it a huge upgrade over the previous model. The 2021 iPad mini now looks like a smaller version of the iPad Air, but the differences between the two are more than an inch and a half worth of pixels. Here's how the two models stack up.

If you look at the iPad Air next to the iPad mini on a table, they're going to look like smaller and larger versions of each other. If you zoom in a little, you'll notice that the volume buttons are on the top edge of the mini across from the power button and on the right edge of the Air. Otherwise, they're basically identical. 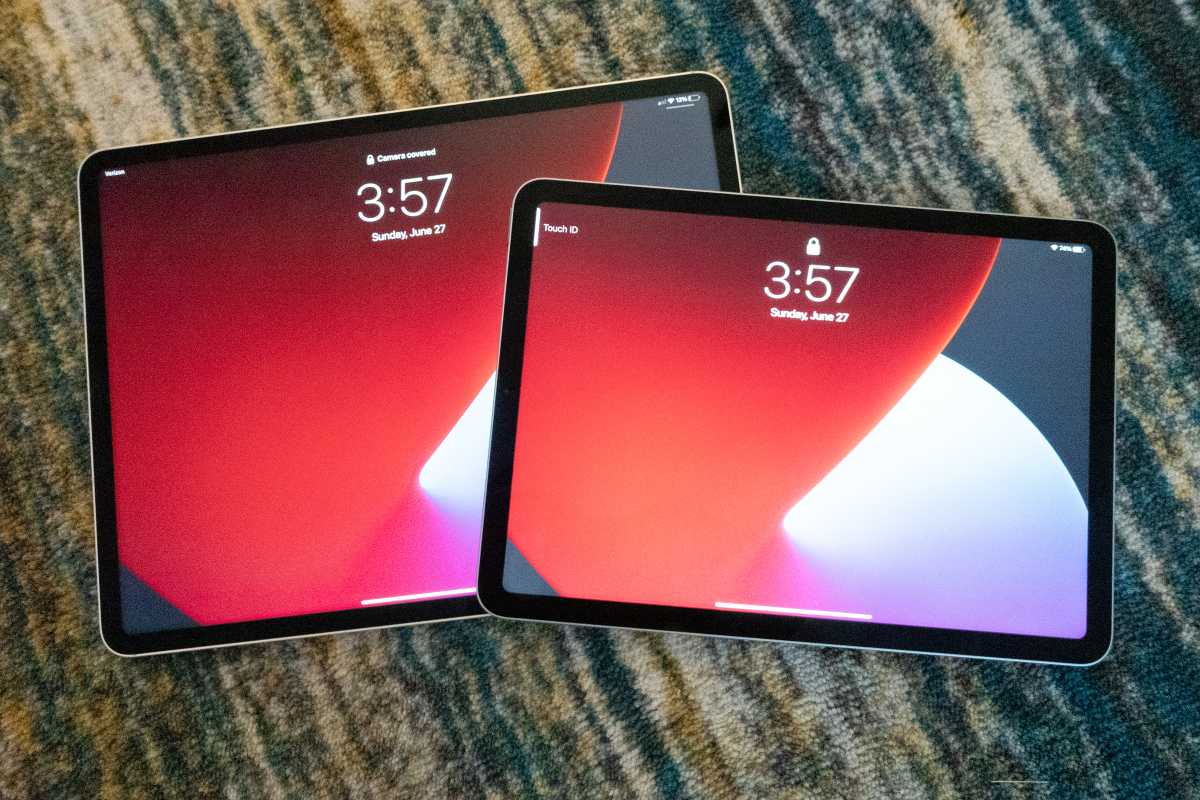 The iPad Air looks very much like the iPad Pro.

Except for the display, that is. Both have LED-backlit displays with wide-color support, True Tone, and 500 nits of brightness, but the iPad Air is obviously larger, with a 10.9-inch display versus 8.3-inch on the mini. That means the mini weighs significantly less than the Air (293 grams vs 458 grams) and the dimensions are obviously quite different:

Around the back, they look quite similar as well, with a single camera lens in the top left corner, but they come in an array of different colors:

We like them all, but that new Starlight color that changes from warm silver to pale gold depending on the light.

The iPad Air and iPad mini are similar on the inside as well, with one main exception, the processor. While the iPad Air has last year's A14 processor, the mini is packing a newer A15 processor. We won't know exactly how much faster the A15 is than the A14 until we test it, but we do know it has an extra graphics core for a total of five, so it should be better at handling games and other graphics-intensive apps. 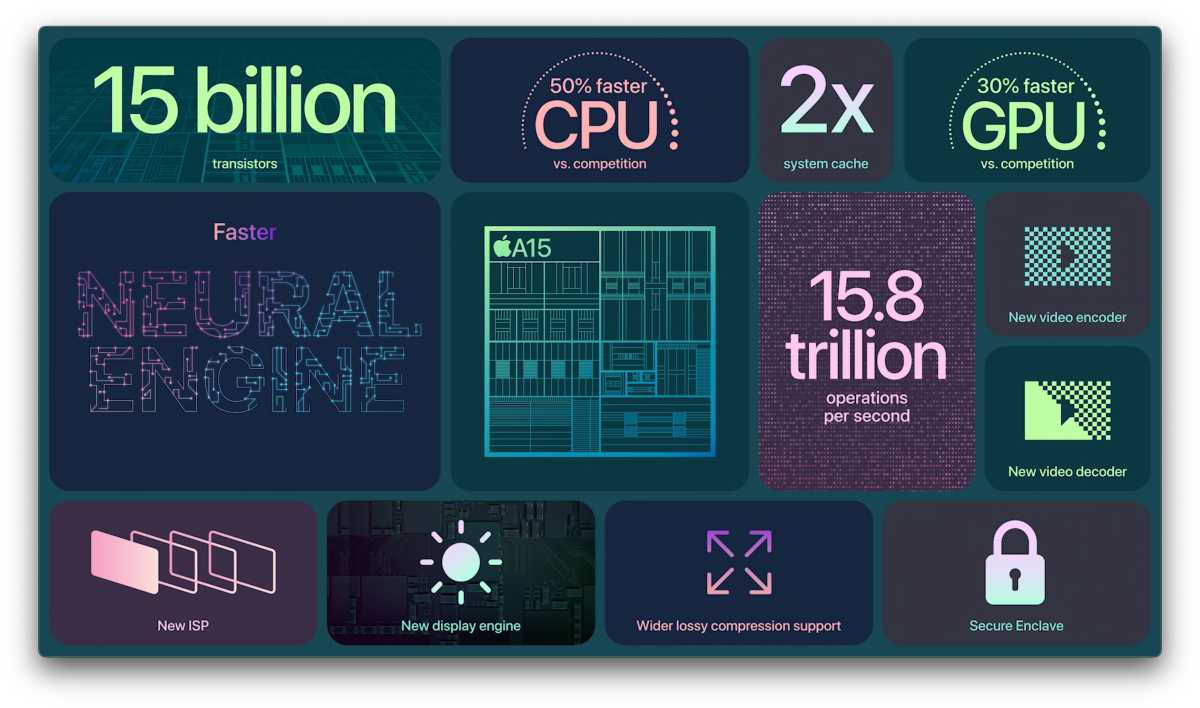 Another difference between the two tablets is their cellular capabilities. While the iPad Air has LTE, the iPad mini brings 5G support but it might not be as fast as the iPad Pro. 5G on the iPad mini is missing the superior mmWave support, so speeds will be only slightly faster than LTE in most cases.

Otherwise, the two tablets are very similar. They both have Touch ID sensors built into the power button, include Wi-Fi 6 and Bluetooth 5.0, USB-C, and have a battery rated for 10 hours of use. Both models also have just two storage options, 64GB and 256GB.

Aside from the screen, the biggest difference between the two models is the cameras. The rear cameras are the same now, with Apple upgrading the mini's meager 8MP, f/2.4 camera with the Air's 12MP, f/1.8 lens. It also added a quad-LED true-tone flash that the Air doesn't have. You're a bit more likely to take pictures with the iPad mini than the iPad Air due to its smaller size, so that's something to consider. 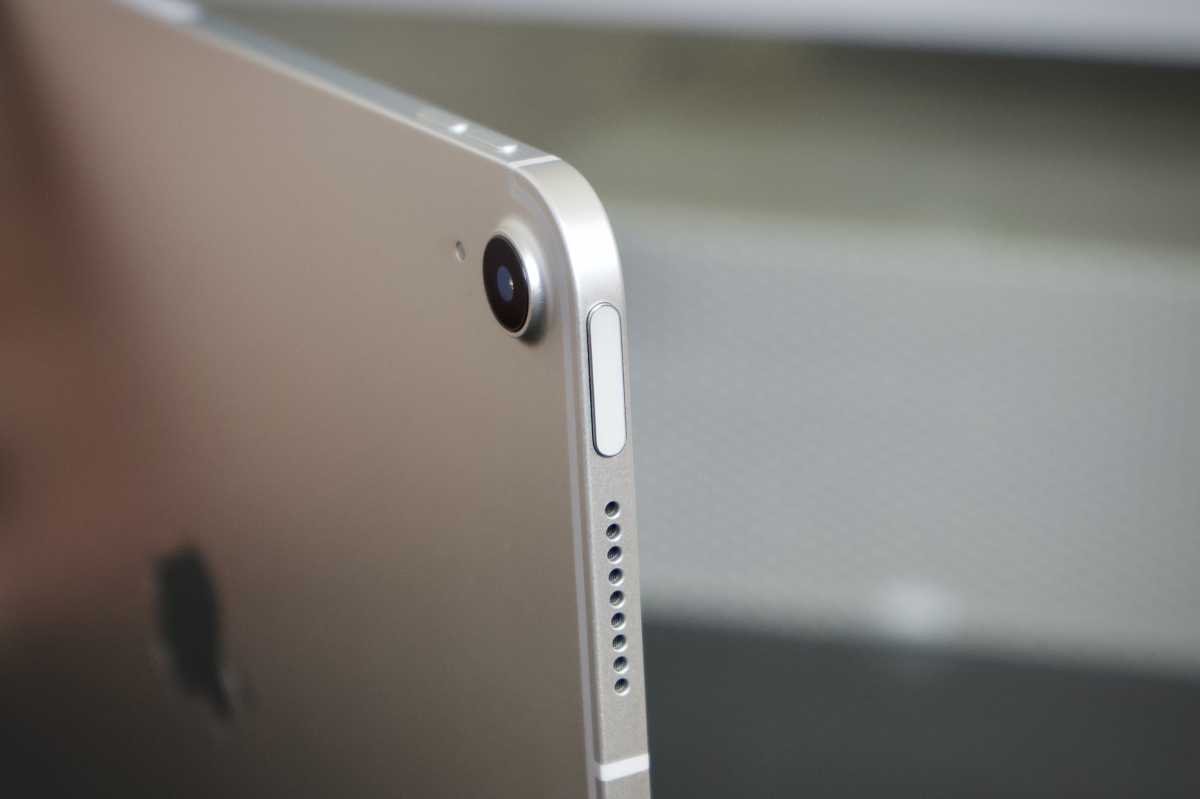 The iPad mini's rear camera is the same as the iPad Air's.

Around the front, the mini has a significant edge. Apple's new tiny tablet gets the same 12MP ultra-wide camera that's in the iPad Pro, including Center Stage to help keep you and anyone else with you in the frame when making video calls. The iPad Air, with an underwhelming 7MP camera, will likely get the same hardware and features with its next refresh, but we don't know when that will be.

It's a different story with the keyboard. Like the iPad Pro, the iPad Air has a Smart Connector on the back and a larger 10.9-inch display so it's compatible with the 11-inch Magic Keyboard. That means you get a full keyboard and a trackpad just like a MacBook.

The mini has its own Smart Cover and Smart Folio cases available in a variety of colors, but you'll need to supply your own Bluetooth keyboard if you want to type on something other than the screen. You can buy Apple's Magic Keyboard or any third-party one with Bluetooth, but it won't tuck away neatly under the screen like the iPad Air's Magic Keyboard does. 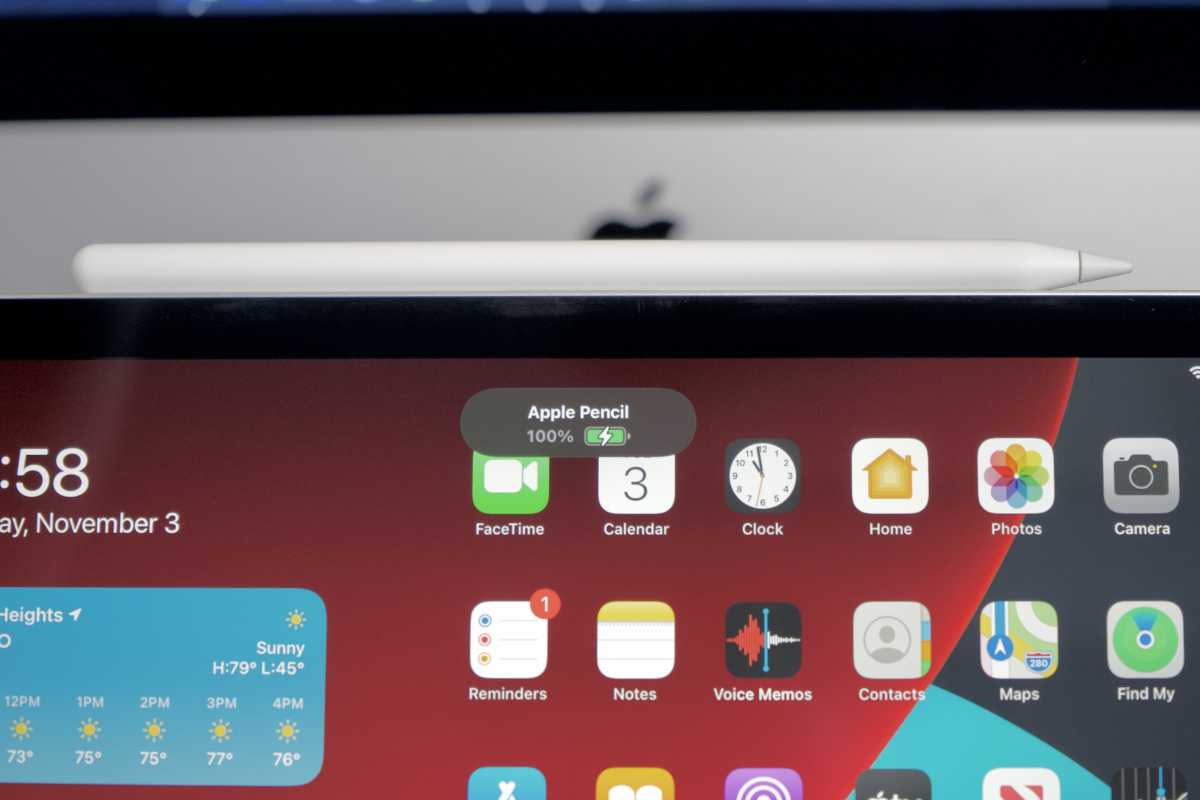 The iPad Air and iPad mini both have the same configuration options, starting at 64GB of storage and offering Wi-Fi and cellular versions. The pricing breaks down like this:

For an extra $100 for the Wi-Fi models and $80 for the cellular models, the Air is a tempting choice. After all, you're getting a much bigger screen. But the mini has a lot more going for it than just a lower price. It's more portable, more powerful, more capable, and a more photogenic tablet. For $499, it's a tremendous tablet with the latest chip, camera tech, and connectivity, and you're not going to find anything better this side of an iPad Pro.

If you really need a bigger display, you'll be plenty happy with the Air, but our pick is the iPad mini and its A15 processor, Center Stage camera and 5G modem. And that Starlight color ain't too bad either.