In 1998, Steve Jobs introduced the first iMac and it revolutionized the personal computer—not to mention it gave new life to a struggling Apple. The iMac was a big hit, but after four years, Apple needed to update the computer. The updated iMac not only had to usher in new technologies, but it also had the daunting task of proving that Apple's design innovation wasn't a fluke.

So in 2002, Apple introduced the iMac G4, and the company again turned the market on its head. And in doing so, it created the greatest Mac it has ever made. Here's why it still holds up two decades later.

A gallery of the iMac G4 from every angle

The design was truly unique

Very early on in its history, Apple was known for making all-in-one computers. While most people associate all-in-one with the iMac, the Lisa, which even predates the Mac, was Apple's first PC to house the display and components in a single case. As late as the G3 iMac in 1998, all-in-ones were designed around huge CRT displays, and Apple had to create enclosures to conceal large tubes, while at the same time looking great and providing good functionality.

That changed with the iMac G4, which was the first desktop Mac to use a flat-panel LCD, which is dramatically smaller and thinner than a CRT. Apple could've taken the easy route and gone with a design that mirrored the original Bondi Blue iMac except with a smaller footprint (in fact Steve Jobs made a joke slide about that during Macworld San Francisco keynote). But no, Apple took a whole new approach, with the core components in a domed case, a chrome arm that stuck out from the top of the dome, and an LCD attached to the top. 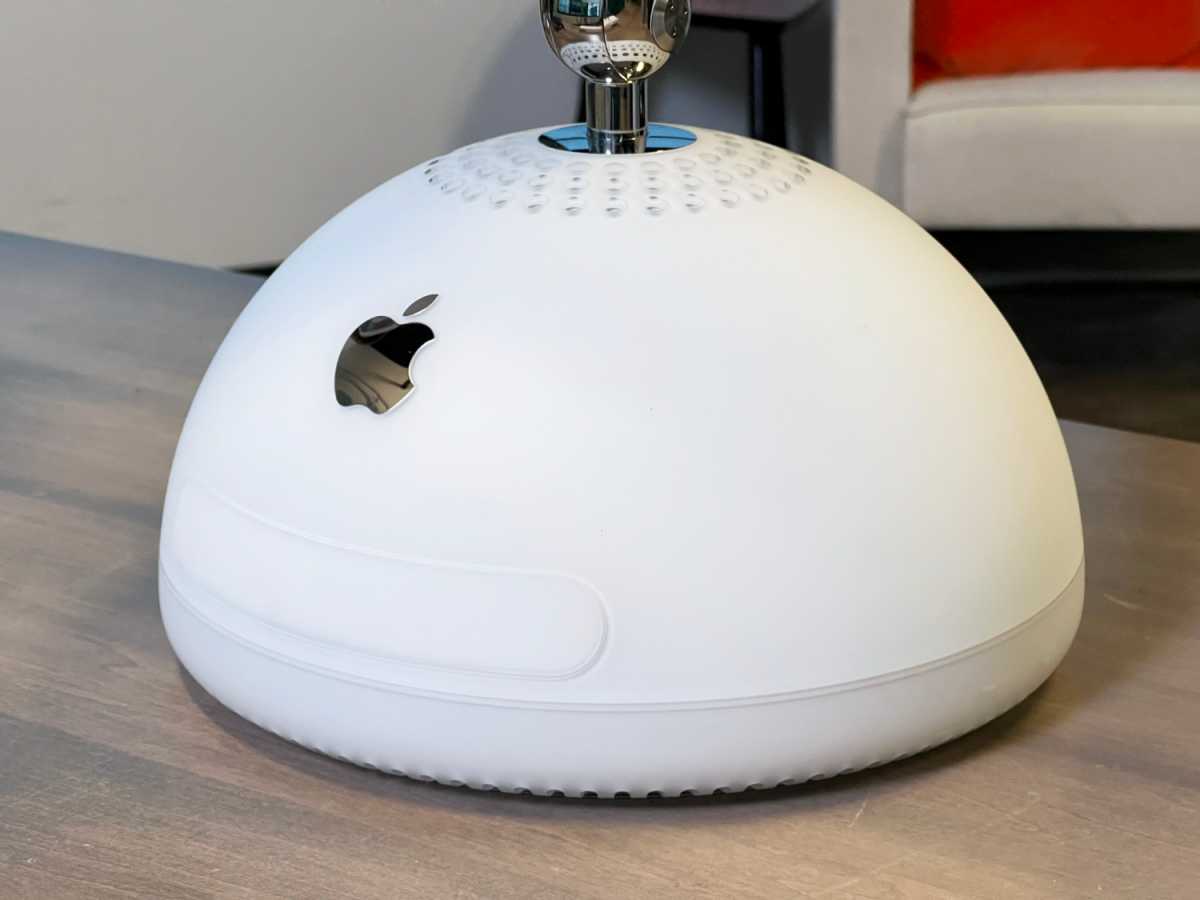 The iMac G4 is truly a one-of-a-kind computer. No or Mac or PC has even come close to its unique design and personality. Image: IDG

The iMac G4 was dubbed the sunflower Mac, or the iLamp, a name inspired by the Luxo Jr. video short by Pixar. It didn't look like a computer. To this day, the iMac G4 stands out in a mundane world of desktop computers—current Macs included. It was quirky, fun, and functional, but more importantly, the design proved that Apple's success with the original iMac wasn't a fluke.

Apple got the ergonomics right

The best part of the iMac's design was the cantilevered metal arm that held the 15-inch LCD. It allowed users to precisely place the display in the best position—you could move it up or down, left or right, and you adjust the tilt, too. In an ode to the iMac G4, Christopher Phin wrote that the display's arm was, impossibly, magically smooth, and preposterously stable, like no other piece of engineering you've used before. When Apple released a 20-inch iMac G4, the arm was stiffened to support the larger screen, which meant it wasn't as smooth as before. But you still had the freedom to adjust it. 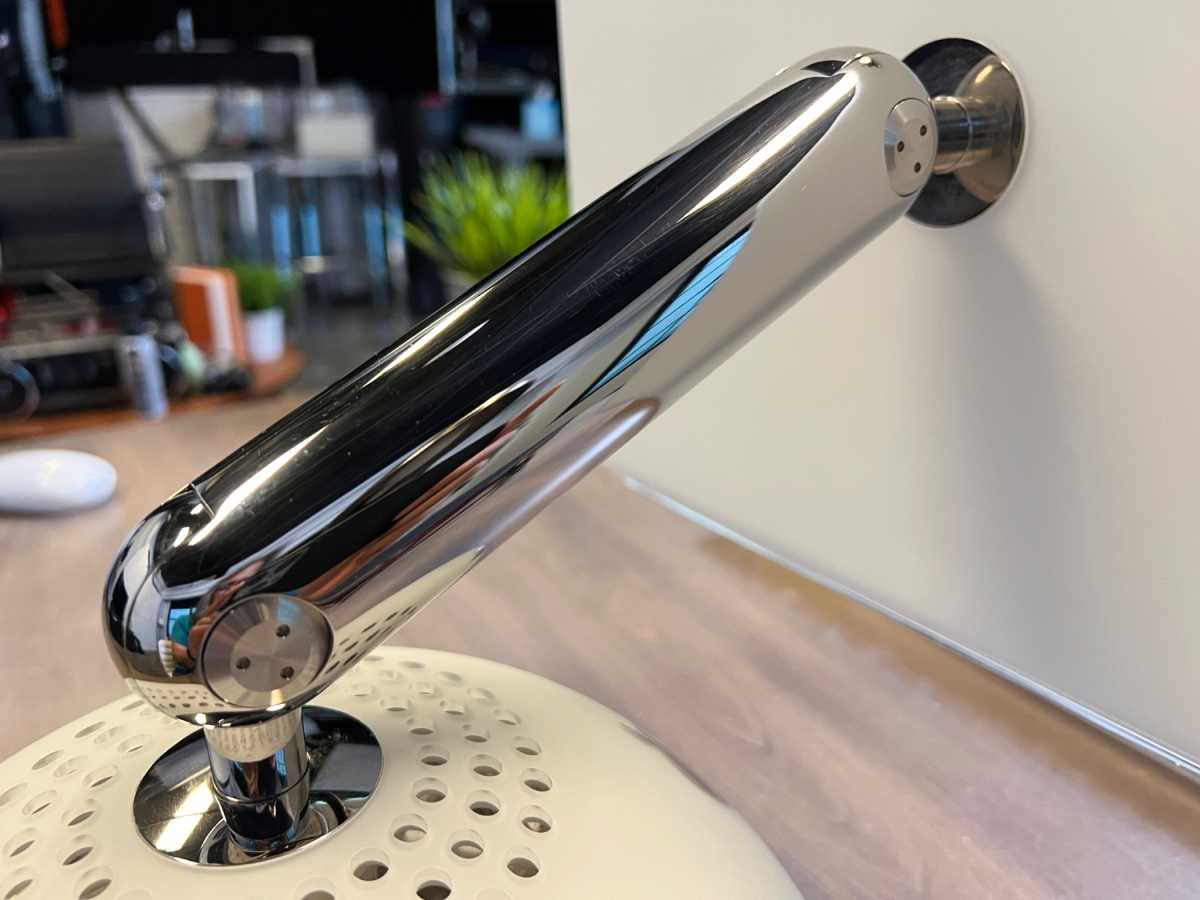 The adjustable arm was strong, supportive, and smooth. Image: IDG

Today's iMac is much more limited. You can tilt the display, but moving it left or right involves moving the whole computer. And the only way to raise the display's height is to place the iMac on some kind of stand (I use an inelegant ream of paper for the M1 iMac at the Macworld office).

You could upgrade the RAM!

There was a time in Apple's history when the company allowed easy access to the Mac's internals in all of its models. And you could do that with the iMac G4—Apple even encouraged it with instructions and a video to show you how. The iMac G4 had two memory slots, one that was deep inside the machine and difficult to access, and another that you could easily get to by removing the bottom panel. Base models of the iMac G4 started with 128MB of RAM, but you could upgrade it to a maximum of 1GB. Subsequent models could unofficially be upgraded to 2GB.

(Side note for a personal anecdote: In 2004, I was an editor for MacAddict and worked on an article that involved accessing the RAM slot deep inside the iMac G4. It was a difficult procedure and I ended up rendering that iMac inoperable. To top it off, the iMac was a loaner from Apple, and my boss had to explain to them what happened. He was really, really pissed off.)

For a Mac that was promoted as a digital hub (more on that in a bit), the ability to upgrade was crucial. Digital hub tasks—mainly media creation—are RAM hungry, and adding more RAM improved performance and made the processing wait time a little more bearable. 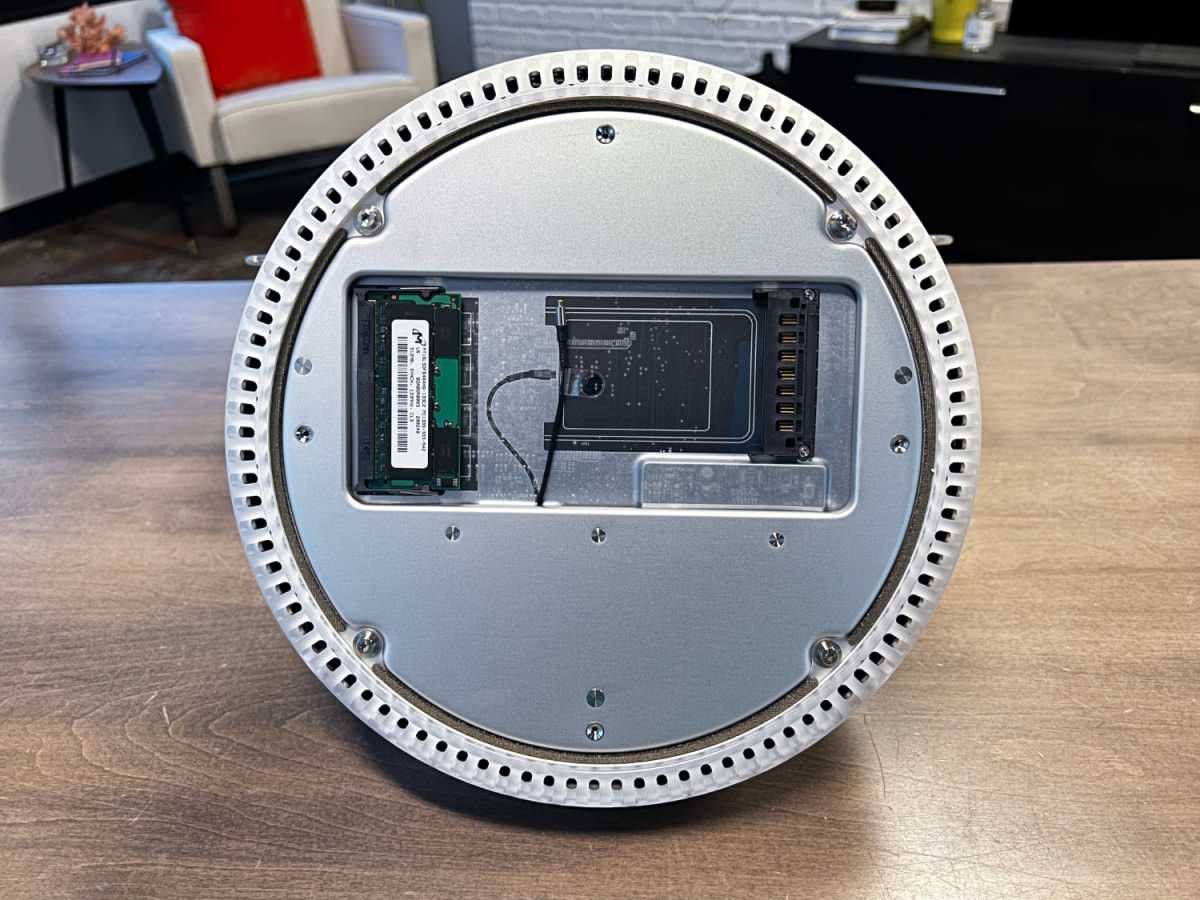 The iMac G4 has a user-accessible RAM slot under the base. The other slot is for an AirPort Wi-Fi card—wireless connectivity wasn't standard back then. Image: IDG

Eventually, a few years after the iMac G4 was discontinued, Apple decided that consumer-level Macs would either not have user-upgradable RAM or it would be very difficult to make the upgrade yourself. And now that Apple silicon has the RAM built into the chip, after-purchase upgrades are totally out of the question. Yes, times have changed, processors are much more powerful now, and RAM is less of an issue, but we still miss the days when upgrading our Macs didn't mean buying a new one.

It launched the digital hub

Technology has progressed so much since 2002, and we take for granted what computers are capable of doing. The ability to make videos, music, podcasts, photos, or any other creative endeavor is pretty much frictionless, now—modern Macs are set up so you can be up and running in no time.

The iMac G4 was the start of that trend. Apple envisioned it as a computer for creative expression and to that end, made sure it had the tools necessary. The hardware and software combined for what Apple called a digital hub and it empowered users—back then, there was no App Store, and people didn't have software available over the internet, so bundled apps were very important.

Hardware-wise, the iMac G4 had three USB ports and two FireWire ports for connecting devices, like cameras and audio converters. It also had a video-out connector for mirroring the Mac's screen to a second display. And it came with a SuperDrive for burning CDs and DVDs. 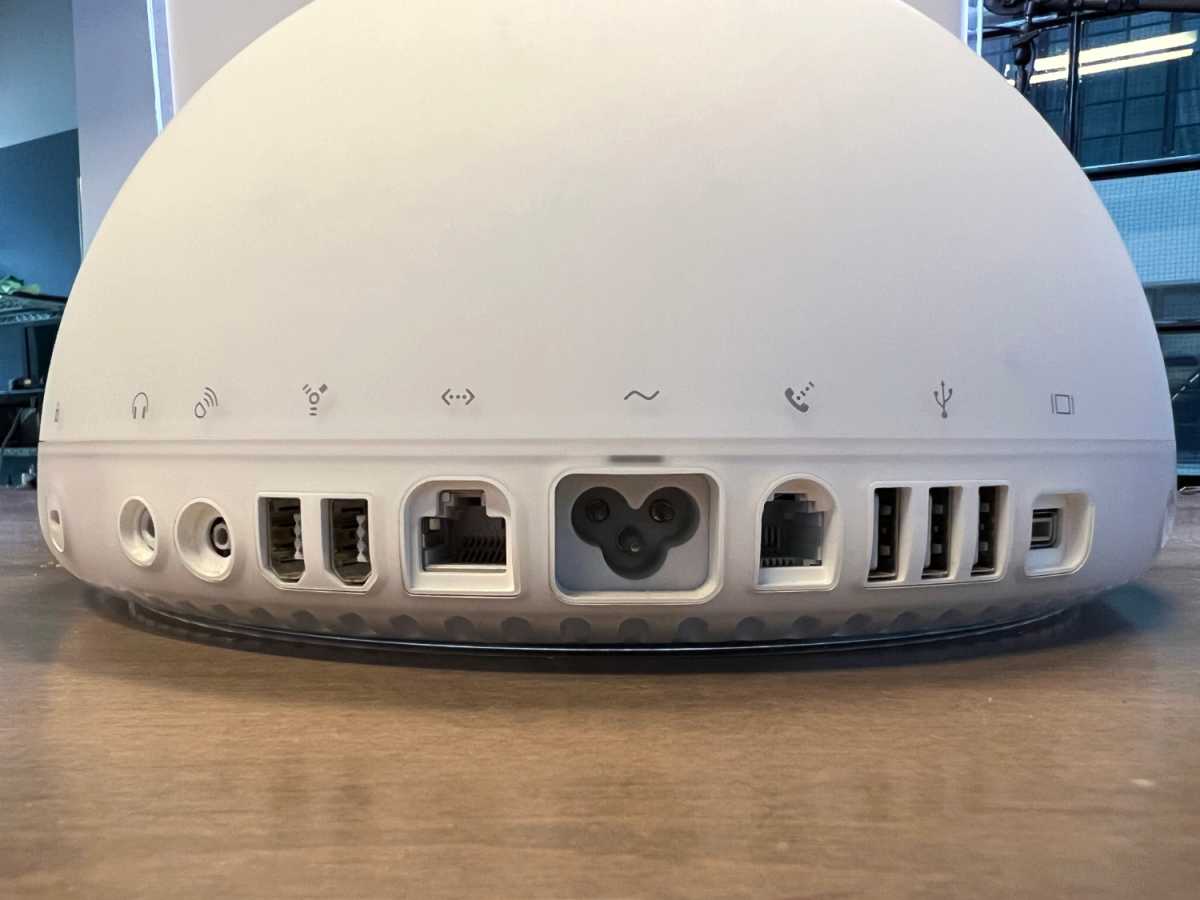 Hard to imagine a consumer Mac ever having this many ports ever again. Image: IDG

But most importantly, the iMac G4 came with a suite of software that made it all easy—iPhoto, iMovie, iDVD, iTunes. It also came with AppleWorks, an all-in-one productivity app, PCalc 2, World Book Encyclopedia, and Otto Mattic. All of this ran on OS X 10.1, and in his review of the first iMac G4 for Macworld, Jason Snell said that our time with this iMac was almost universally pleasurable, and a lot of that had to do with the incredible software that came with it.

A Mac to remember

The iMac G4's design lasted for over two years, and it was a successful machine. But when it came time to upgrade the Mac to the PowerPC G5 processor, the company need to change the computer's design to better accommodate the cooling needs of the new processor. That's when Apple decided to go with the design that's still in use today.

The iMac G4 may be long gone, but 20 years later, it is not forgotten. Apple's designs nowadays are relatively safe compared to the iMac G4, but maybe someday Apple will find a way to risk it all on product that's truly at the intersection of technology and liberal arts with the ingenuity and creativity it mustered up just two decades ago.