While Apple's HomePod strategy has been somewhat scattered, with the original high-end speaker discontinued last year and the cheaper HomePod mini struggling to compete against the Amazon Echo and Google Nest Audio, Apple reportedly hasn't given up on its smart home vision.

According to Mark Gurman at Bloomberg, Apple is absolutely still working on a new HomePod, though it won't be another standalone speaker. Gurman says the new device will combine a HomePod, Apple TV, and FaceTime camera into a single combination product will probably be at the center of Apple's approach.

We've heard this rumor before, but it's been a while. Last April, Gurman reported that Apple was working on a product that combines an Apple TV set-top box with a HomePod speaker with a camera for video conferencing through a connected TV and other smart-home functions. That sounds an awful lot like this device, which is obviously much closer to release.

Gurman doesn't give a timeframe for release, nor does he offer any specifics on what the device would look like, but it's not hard to imagine what Apple could have in mind. And might look a little something like a product Apple already sells.

HomePod might not be the thing that springs to mind when you look at Apple's new Studio Display, but it's not all that different than the device Gurman describes. It's got spatial audio through a high-fidelity six-speaker system, Hey Siri support via its built-in three-mic array, and a 12MP ultra-wide camera with Center Stage Support. That sounds a HomePod with a display, does it not?

Of course, the Studio Display isn't a truly standalone device, but it does have the guts of an iPad, including an A13 Bionic processor and 64GB of storage. (For reference, the original HomePod had an A8 processor and the HomePod mini has an S5 chip from the Apple Watch Series 5.) It's not a stretch to think it could double as a prototype of a cheaper device that does similar things minus the 5K display and Mac compatibility. 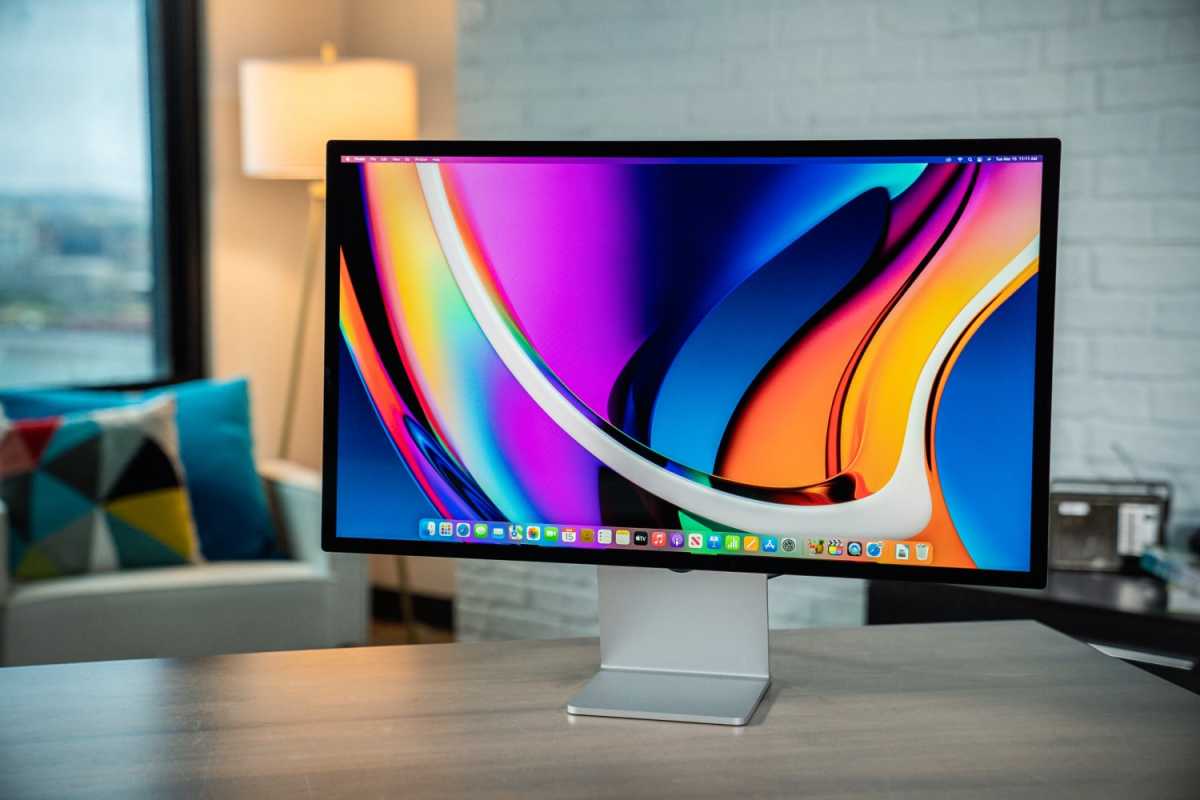 Could the Studio Display be hiding HomePod secrets? Willis Lai/Foundry

For all intents and purposes, Studio Display has the makings of a truly wireless independent display that runs Apple TV, makes FaceTime calls, and summons Siri. It just happens to need a Mac to do those things.

Think about it: Apple could shrink the Studio Display design down to 12 or 15 inches, bump the resolution down to 1440p, load a visualized version of HomePodOS onto it, and maybe mount it onto a HomePod mini-style base to keep with the classic stylings. The concept wouldn't have to change all that much, Apple would just have to turn on the bits of Studio Display that aren't working right now and miniaturize that whole thing. It wouldn't be cheap, but we already know a HomePod with a display is probably going to cost AU$1100 or AU$1300, anyway.

Who wouldn't want a small Studio Display on their nightstand? We know we'd buy one.