Messages is likely the most used app on Apple's platforms—especially iOS—and with our inability over the past year and a half to meet up with people in person, it's probably become more popular.

iMessage, the Apple-created system that powers the modern day Messages app, is coming up on its tenth birthday this fall and it's had quite the decade. In 2016, Apple said users sent roughly 200,000 iMessages per second; it's not hard to imagine that, five years later, in a world more technologically connected than ever, that number has grown immensely.

But for all of the popularity of iMessage, and the company's repeated addition of new features and capabilities, there are some places where Apple's messaging system remains somewhat frustrating or even lackluster. For obvious reasons, Apple has a lot of vested interest in keeping the program stable and simple, and it can't implement every possible feature, but a few pop out as things that can be improved, or even just more useful.

The truth is: it's a dual-platform world and we're just living in it. That Apple hasn't made its messaging system work better with Android isn't really a surprise. The Google-backed smartphone platform is Apple's biggest competitor in the market, and iMessage is a competitive advantage that Apple sees as providing an experience that can lure customers to switch, even with Google planning a major expansion of its own Messages app with carrier RCS support next year.

While I don't subscribe to the idea that Apple's refusal to develop an Android version is anticompetitive, I do think there are places where the lack of compatibility hurts Apple's own users.

Just this past week, I was in a lengthy family message thread, populated mostly with Apple device users, but with a few Android owners in the mix. And there I encountered the problem that has annoyed every iMessage user at some point: you respond to a message with a tapback (those handy thumbs up/thumbs down/heart/etc) and the message thread spits out Dan liked followed by the entire text of the original message. 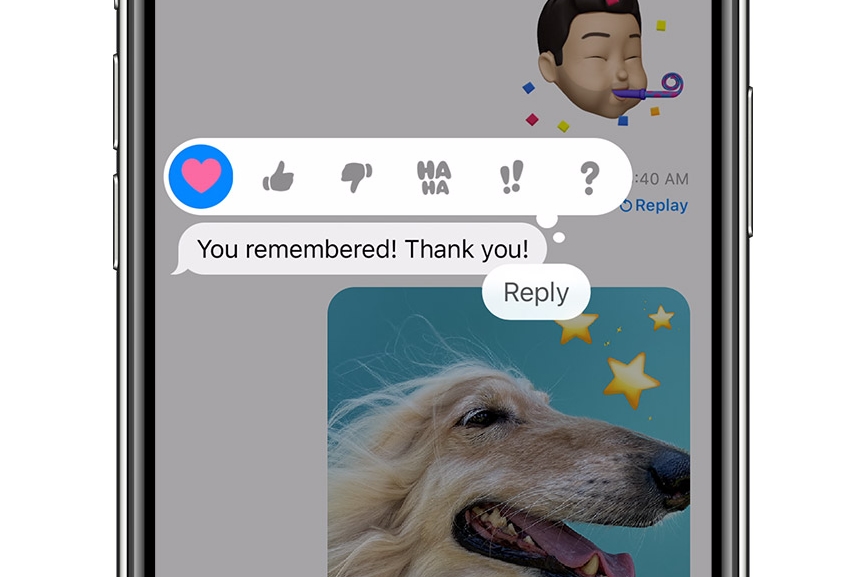 Using Tapback in a group chat that includes Android users results in a clumsy experience.

That's nominally for the benefit of those on the text chain who aren't using Apple devices, but does it really help anybody? It's unsightly and it clutters up the conversation with these responses for all users. Either iMessage should be smart enough to only display those reactions to compatible devices, or it should stop offering the feature altogether outside of threads that include recipients of non-Apple devices. (If iMessage can detect recipients for the purposes of emblazoning them with the dreaded green bubble, it can probably handle that.)

The other option would, of course, be to find some common ground with Android to make tapbacks and other iMessage features work across platforms, but I'm not exactly going to sit around waiting for that one, any more than I would expect Apple to port Messages to Android.

Tapback with emoji: Why not?

While we're on the subject of tapbacks, why are they so limited? Apple launched the feature in iOS 10, and it's become—as the above anecdote will attest—quite popular amongst users of all kinds. But since their launch, tapbacks have allowed only the same half dozen options: heart, thumbs up, thumbs down, ha ha, exclamation points, and question mark. Which, as we all know, covers every emotion a human being can conceivably have.

Meanwhile, Slack—from which Apple probably drew inspiration for the tapback feature—allows you to respond to a message with any emoji at all. So if you need to drop a vampire or a woozy-faced smiley, you can. Given Apple's touting of its emoji design over the year, I'm a little surprised that it doesn't offer the option to use any emoji you want in a tapback. One could imagine the company might argue that you can always just respond by typing an emoji, but if that's the case, why even have tapbacks as a separate thing in the first place? 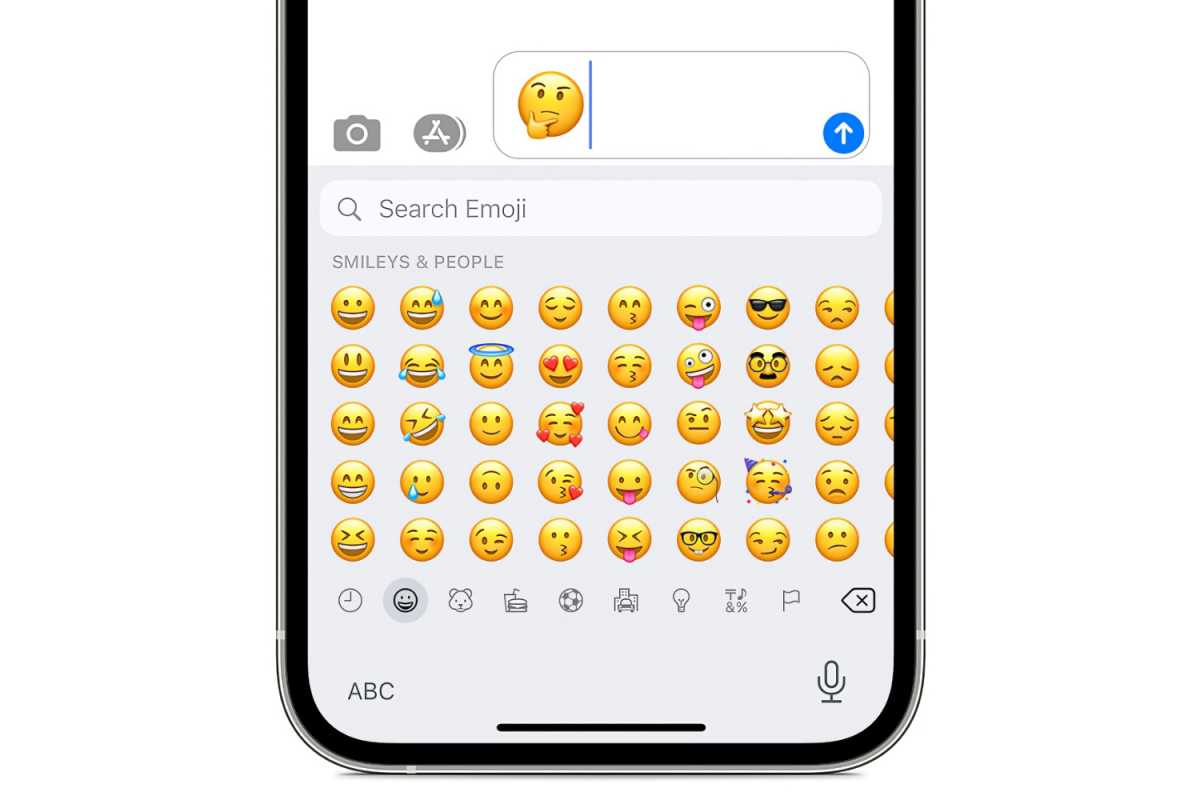 Why aren't emoji part of the Tapback system?

It'd be great if the tapback interface added an extra button that would let you summon an emoji picker, and perhaps even let you pin some of your favorite (and most frequently used) emoji as well. If you're going to implement this kind of feature, why stop halfway?

As good as iMessage is, it has some longstanding underpinnings that are kind of clunky: specifically its addressing system. To maintain compatibility with traditional text messages sent via SMS, iMessage allows you to send and receive messages to both phone numbers and email addresses.

While that's had its upsides, it's also led to a variety of issues over time, including duplicate threads (when your Start New Conversations from address gets out of sync between different devices) and messages ending up on the wrong devices (when you have more than one phone number attached to an account, for example). All in all, this system has proved to be more confusing than helpful and created lots of annoying unintended consequences.

Unfortunately, it's not necessarily an easy problem to fix. There are good reasons for having either an email address or a phone number as your Sent ID, as well as being able to accept messages to a variety of addresses. But this is one place where it feels like an abstraction layer over the top might actually simplify matters and cause fewer problems in the long run. That said, having kept it consistent for so long, I have to imagine the company feels wary about messing with it, much like a kitchen cabinet with a hastily scrawled open carefully note taped to it.