Apple hits another low note with the App Store

Apple should reconsider its ban on the iDOS app, a fun nod to the past.

iMessage is popular and Apple does add new features and capabilities, but there are some places where Apple's messaging system remains somewhat frustrating or even lackluster.

If the MacBook Pro's Touch Bar is going away, I won't miss it

Five years after its debut, the MacBook Pro is undergoing a dramatic change, one that involves new Apple silicon, new designs, and possibly, the end of the Touch Bar.

That iPhone Pegasus spyware threat is much ado about Android

The Pegasus spyware has been found on iPhones but it's probably not on yours.

Sometimes you can trace the trajectory of technological advances to see how they might end up in an Apple device, and perhaps even get an idea of when.

When it comes to Apple reviews, bias is as bias does

Apple is bringing many of the iOS Home Screen features to the iPad this year, but none of it feels like it belongs.

3 apps Apple should have updated instead of Safari

As we comb through the fallout from this year's WWDC, it's worth taking a look at some of the apps that could use a little bit of care and attention from Apple.

If Apple wants to fix its App Store problem, it should allow sideloading

Apple paints sideloading apps as dangerous, but doing so glosses over the actual problems with the App Store.

Bumping the iPad’s screen size to 14 inches or 16 inches would take away many of its advantages, effectively turning it into a completely different and less appealing product.

Welp, it looks like the iMac is as doomed as the iPod and iPhone

The M1 iMac is another imperfect Apple hit in the making.

Many of the new features announced at WWDC won't matter all that much to Apple users. These three likely will.

On this episode of the Macworld Podcast, it's all about your hot takes. You’ve been on social media posting your thoughts about Apple’s announcements at WWDC, so we'll talk about your comments and respond with a few of our own.

iOS 15 brings some cool features to the iPhone, but it also prepares for the day when we won't be carrying it around anymore.

While Facebook tries to deflect onto Apple, it keeps trying to grab more of your privacy, this time with a wearable. 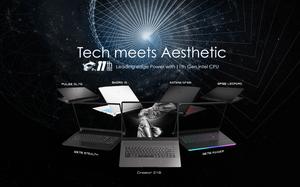