The AirTag is a canvas on which ElevationLab has painted features: a keyring and protection against scratches and immersion in water. The TagVault: Keychain features a clever design that gives Apple's AirTag a greater range of use.

ElevationLab's TagVault: Keychain is designed to house an Apple AirTag. It consists of a rugged case with a gasket that prevents water intrusion while passing through ultrawideband and Bluetooth signals and allowing about two-thirds of the AirTag's sound volume. It has an integral loop for a keychain ring and comes with a simple but robust one.

A slightly different waterproof design for attaching to pet collars, TagVault: Pet, has faced delays but is still on track. It offers piercing, self-tapping screws for mounting and a similar rugged case design. The pre-order price is US$19.95 ($27 AUD) for one, US$34.95 ($47 AUD) for two, and US$64.95 ($88 AUD) for four.

The company notes that the somewhat anonymous molded casing, with just the name ElevationLab on it in recessed lettering, provides less of an advertisement that it's attached to something valuable than most of the AirTag holders out there. If a Hermés case is made to be seen and envied, the TagVault is designed to fade into invisibility.

The case is secured with Torx T6 screws and comes with an L-shaped screwdriver of the sort you're familiar with from flat-pack furniture. With a screw-tip that small, I find it a little awkward and prefer to use a T6 adapter from a screwdriver set I have. You only need to open the case every six months or so when you need to change out the AirTag battery, based on Apple's estimates. 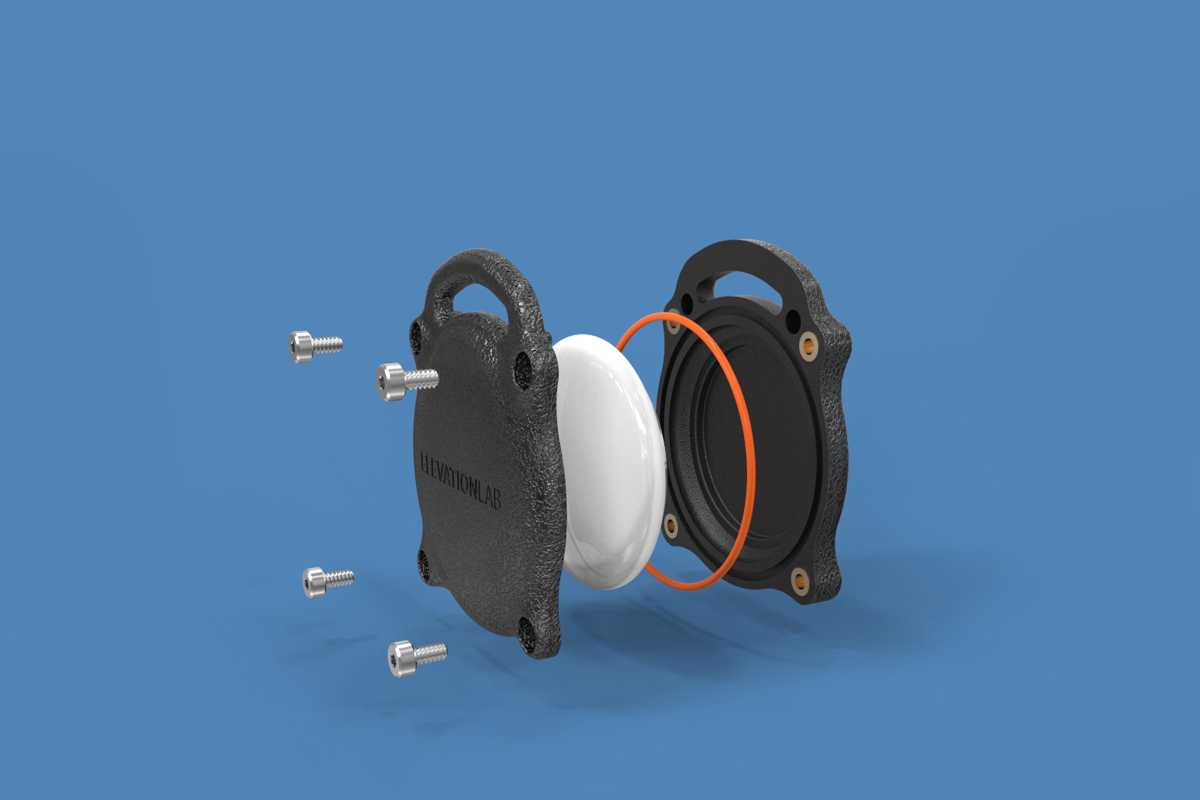 The TagVault: Keychain uses a multi-part seal inside a rugged case to protect an AirTag against damage and prevent water intrusion.

An AirTag gets plopped into the center of the TagVault inside a bright-orange seal. Center it and screw it back together, and that's the entire process. I tested the case with an AirTag in place underwater, both for keeping the AirTag dry and producing a sound, and while muffled, it's still audible.

ElevationLab is known for its gap-filling hardware, like holders, stands, chargers, and mounts. The TagVault fits right in among these items, providing a clever design for a greater range of use. It's done its typical excellent job in affordably extending the utility of something you already own. It even ships the cases in fully recyclable paper and cardboard packaging.