iPhone 13 mini review: About as good as small phones get

The iPhone 13 mini is the last of a dying breed. Can it compete in a big-phone world? This is a super-powerful phone with a great screen and cameras in a highly portable chassis, and it has an awful lot to recommend it; but the things that put people off last year-small screen, high price tag, shortish battery-life remain the case, and I can't see this changing many minds.

The iPhone mini went from the iPhone everyone wanted to the one no one wants. After intense anticipation, the iPhone 12 mini reportedly accounted for just 6 percent of iPhone sales in 2021, so it's somewhat surprising that Apple decided to give the mini one more year. But while rumors swirl that the iPhone 14 will nix the tiny iPhone for good, it appears as though this is your last chance to get a small iPhone that isn't the iPhone SE. But should you?

In essence, the iPhone 13 mini is identical to the iPhone 13, save for its smaller size and therefore smaller battery and shorter battery life. This summary review will focus primarily on those differences.

In Australia, the iPhone 13 mini can be paired with a pre or postpaid plan including from major carriers, Optus, Telstra and Vodafone (See below).

The 13 mini features a 5.4-inch OLED display, the same size and resolution as the iPhone 12 mini. The notch is narrower than last year, but not dramatically so, and Apple hasn't implemented any obvious changes in iOS's interface to take advantage of the extra space in the horns. It's enough to make the general experience slightly more pleasant and the notch slightly less intrusive, however. 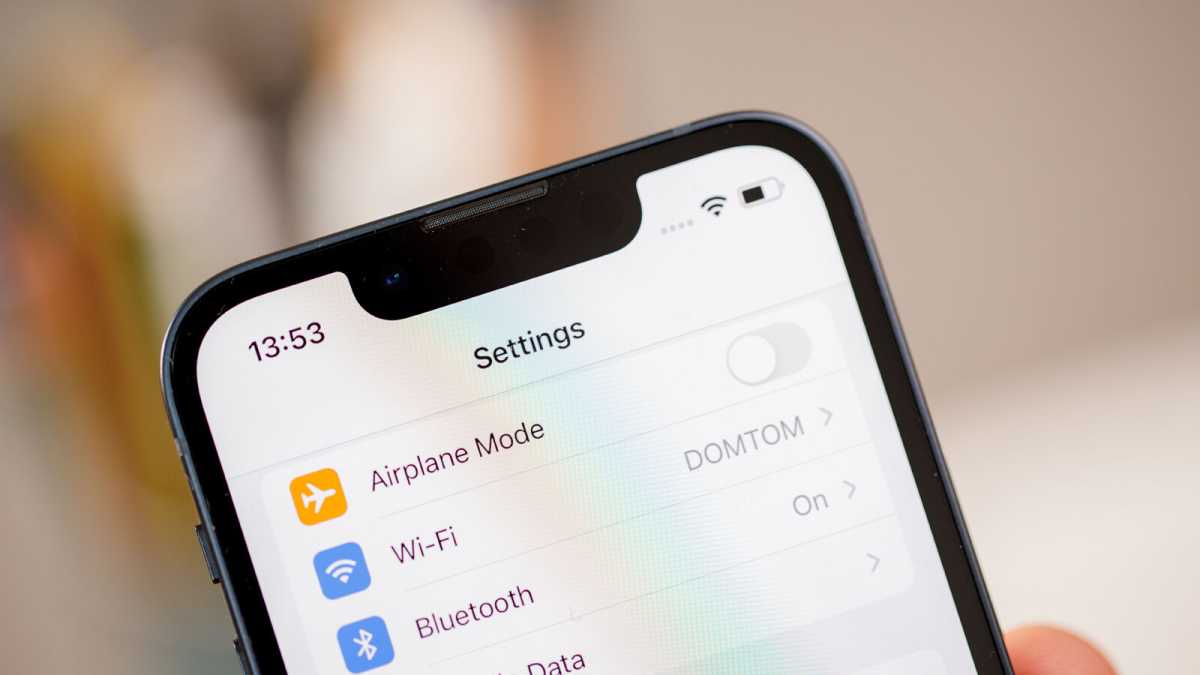 Apple has also ratcheted up the screen's maximum brightness in typical use, from 625 to 800 nits. The maximum HDR brightness remains 1,200 nits. If you like small phones, the iPhone 13 mini's screen will keep you plenty happy—it's basically the iPhone 13 but smaller. That smallness means it's extremely comfortable to hold and carry. In a world of Plus, Ultra, and Max phones, that's something of a rarity and it's refreshing to easily use a phone with one hand.

All four 13-series iPhones have the same processor: the A15 Bionic. That isn't to say that they will produce identical performance, however, since the 13 and 13 mini have 4GB of RAM, whereas the 13 Pro and 13 Pro Max have 6GB.

Still, the iPhone 13 mini is capable of outstanding processing performance and produced elite numbers throughout our benchmarking. In Geekbench 5's CPU test it scored an exceptional 1725 (single-core) and 4622 (multi-core), compared to 1594 and 4094 for the iPhone 12 mini. That's a year-on-year increase of 8.2 percent and 12.9 percent respectively.

This theoretical improvement will be far less noticeable in real-world use, for the simple reason that the 12 mini's A14 chip is comfortably fast enough to run anything on the App Store. I found the 13 mini slick and responsive throughout testing, but I feel exactly the same about my iPhone 12 and 12 Pro. This is a question of future-proofing: The A15 and A14 are both very fast now, but the A15 will still be fast for roughly a year longer as app developers gradually introduce more demanding elements to take advantage of the more powerful hardware.

Another difference between the standard and Pro iPhones this year is the number of GPU cores they're equipped with: the 13 and 13 mini have four, while the 13 Pro and 13 Pro Max have five, and the latter are the ones to go for if you want the absolute best possible graphics performance.

One of our reservations about the iPhone 12 mini was its relatively poor battery performance. That's not a surprise, given the necessarily smaller battery. I'd love to be able to say that Apple has put such concerns to bed, but I don't think that would be completely true.

Apple says the new mini would last around an hour and a half longer than its predecessor. But in real-world use, things didn't seem massively different. Just like last year, the mini generally proposes Low Power Mode at some point in the evening and usually finishes the day somewhere between 10 percent and 20 percent. 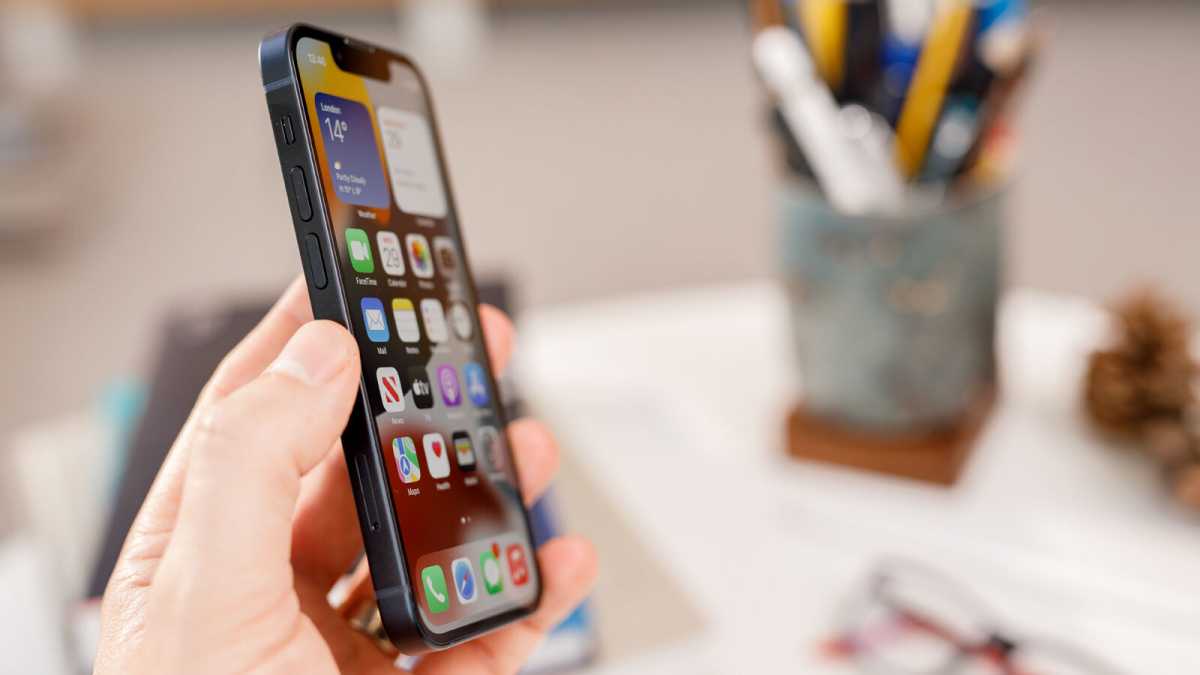 Smaller phones mean smaller batteries, and that's something you'll have to contend with. Image: IDG

Looking on the positive side, it might be noted that the 13 mini never failed to make it through a full day on a single charge, and usually did so with reasonable ease. A full day of use is indeed the minimum expected performance, but a year down the line you may not be able to depend upon it. And if you're using MagSafe to charge, it's still a little slower (12W vs 15W).

What about the battery benchmarks? The 13 mini lasted 6 hours 33 minutes in the Geekbench 4 battery test, compared to 8 hours 11 minutes for the iPhone 13, 9 hours 15 minutes for the 13 Pro, and a whopping 11 hours 41 minutes for the 13 Pro Max. It's very much the runt of the litter in this respect, but do note that Geekbench is a demanding test designed to push phones to their limit, rather than a representation of typical usage.

Should you buy an iPhone 13 mini?

I doubt this iPhone is going to change anyone's mind. It is a super-powerful phone with a great screen and cameras in a convenient, highly portable chassis. If you're in the group of people who both want the best specs and the smallest phone, you probably already bought an iPhone 12 mini. But that group isn't nearly as big as it seemed, and the improvements here are not significant enough to justify an upgrade over last year's model.

For the rest of us, the mini doesn't make a ton of sense. The battery life is too big of a tradeoff over the regular-sized iPhone 13, and the writing is certainly on wall that it won't be around this time next year. Which is a shame, but understandable.