In 2020, PCWorld gave the original HP Elite Dragonfly our Editor's Choice award. Executive Editor Gordon Ung said the svelte laptop is thin, light, and beautiful, with a battery that won't quit. At CES 2022, HP is poised to make the Dragonfly label a new house brand, a la Dell's XPS or Lenovo's X1. The company is doing that with a revamped Windows laptop and a brand new convertible Chromebook design.

First up is the new Windows machine, rechristened the Elite Dragonfly G3. The biggest obvious change is a swap from a 16:9 screen to a productive 3:2 aspect ratio at 13.5 inches, starting at 1920—1280 resolution and 400 nits. Users can upgrade that panel to a 1000-nit version, or go all-out with a 3K2K OLED screen. The Dragonfly's other signature feature, its weight (or lack thereof), is still impressive. Despite upgrades to the latest 12th-gen Intel Core processors, the laptop still starts at just 2.2 pounds. (The optional 6-cell battery may bump that up a bit.) Like a lot of premium Windows laptops it's packing a haptic trackpad. 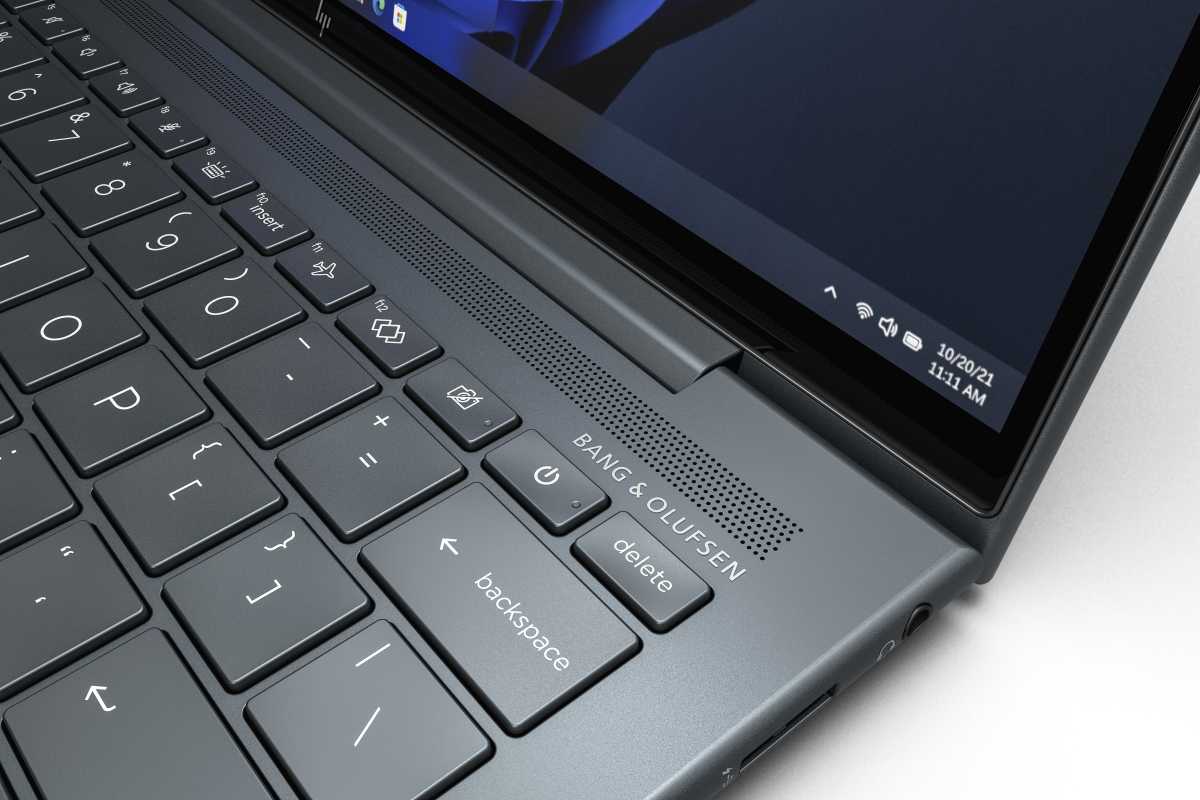 The Dragonfly G3 comes with double USB-C/Thunderbolt 4 ports, a USB-A port for older hardware, a full-sized HDMI port (harder to find at this size), and an optional nano-SIM card slot if you upgrade to 5G mobile service. Like the original model, it's compatible with the Tile Bluetooth tracking system for finding your gadgets, as well as NFC, a 5MP camera (plus infrared for Windows Hello), and a fingerprint reader. It's still built to the MIL-STD 810 standard, so it can take a punch or two. 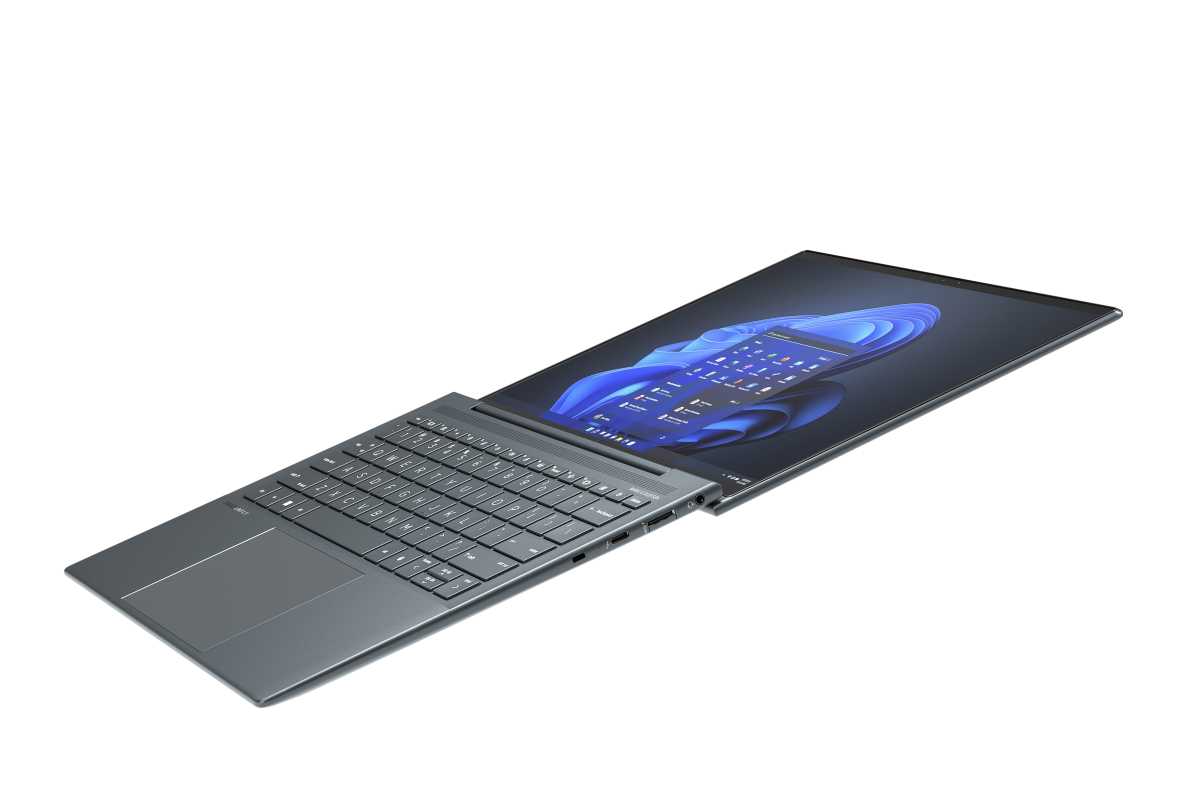 When the Elite Dragonfly G3 goes on sale it'll be available with up to 2TB of SSD storage and an impressive 32GB of DDR5 RAM. It'll come in silver or blue color options when it lands in March. 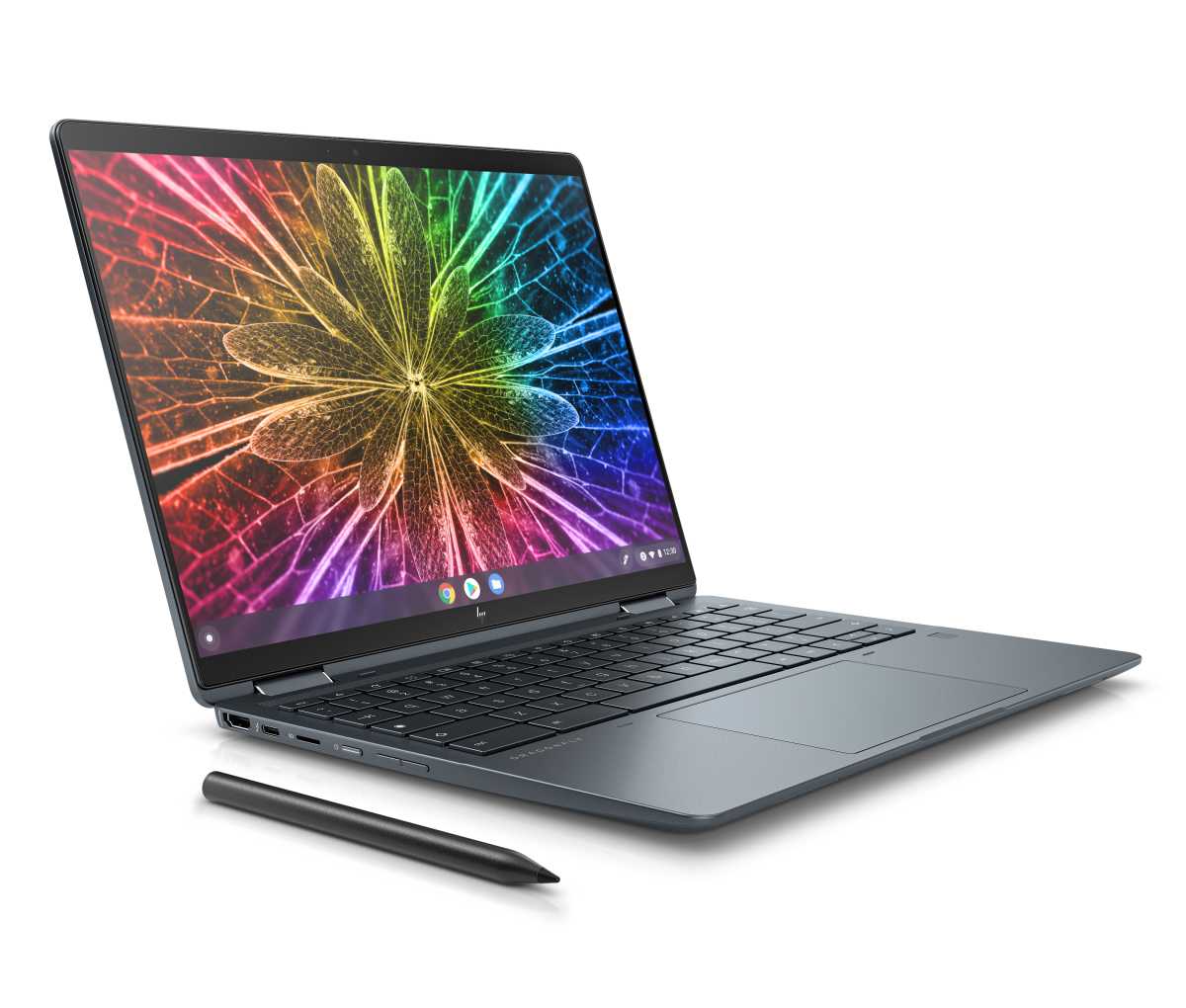 For something figuratively (but not literally) lighter, check out the Elite Dragonfly Chromebook. This machine swaps up the form factor with a convertible fold-back hinge, but offers similar 13.5-inch 3:2 screens, though sadly there's no OLED option. Next Gen Intel processors and DDR4 RAM say the performance will be a bit of a step down, as does the storage maxed out at 512GB, but that is all still kind of overkill for Chrome. 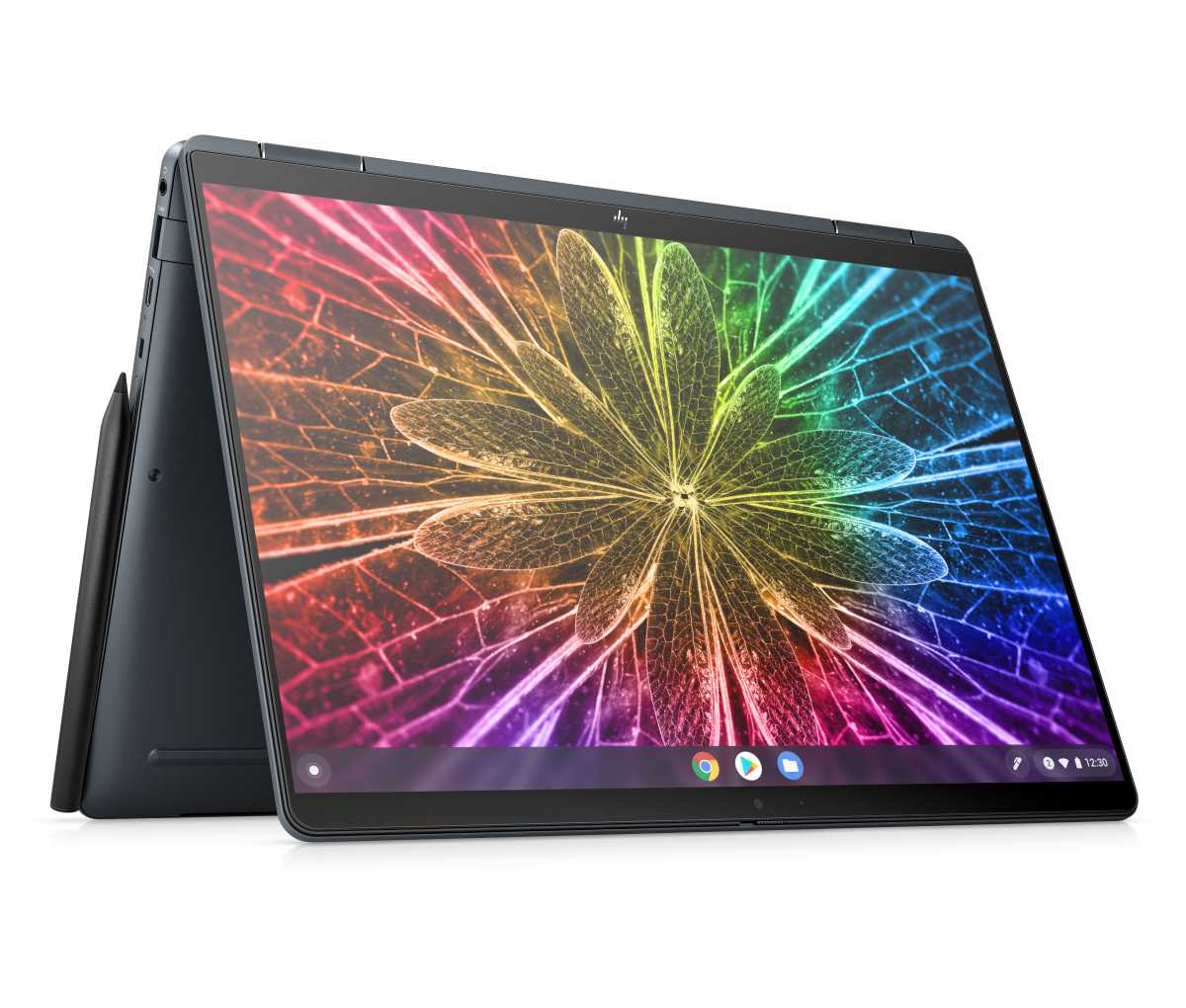 Despite the more modest hardware, the Dragonfly Chromebook gets the MIL-STD body treatment, fingerprint sensor, and optional 5G connection, along with all the same ports. It's also boasting Google's proprietary Titan H1 chip for extra security, along with a haptic trackpad, a first for a Chrome device. 51 watt-hours of battery should make it a real road warrior running Chrome. Why HP chose the 360-degree hinge for the Chromebook and not the Windows laptop, we couldn't guess, but it bumps the weight up to 2.83 pounds. 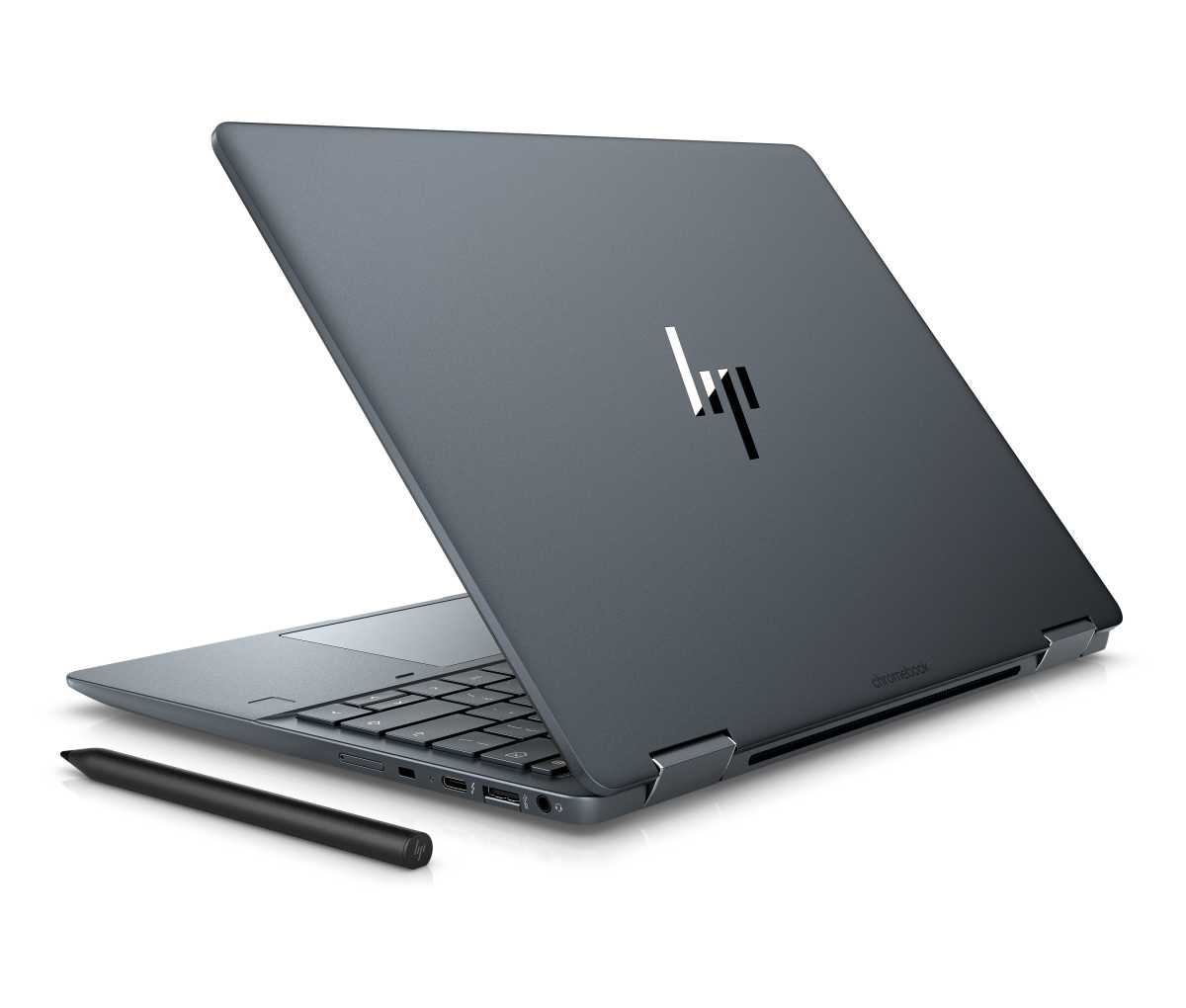 The Elite Dragonfly Chromebook will land in April.