iPhone 13 review: An essential phone but a nonessential upgrade

The iPhone 13 is a great phone but not a great upgrade. 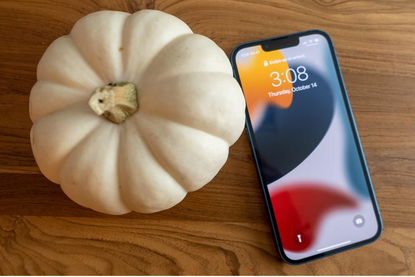 The iPhone 13 is a fantastic phone, but it doesn't bring many must-have upgrades over iPhone 12

If not for the arrangement of the cameras, the iPhone 13 would be nearly impossible to distinguish from the iPhone 12. There are other subtle differences—i t's a hair thicker, the volume and side buttons are lower, the notch is smaller, and the colors are a bit more subdued—but the main differentiator is the diagonal placement of the rear camera lenses. 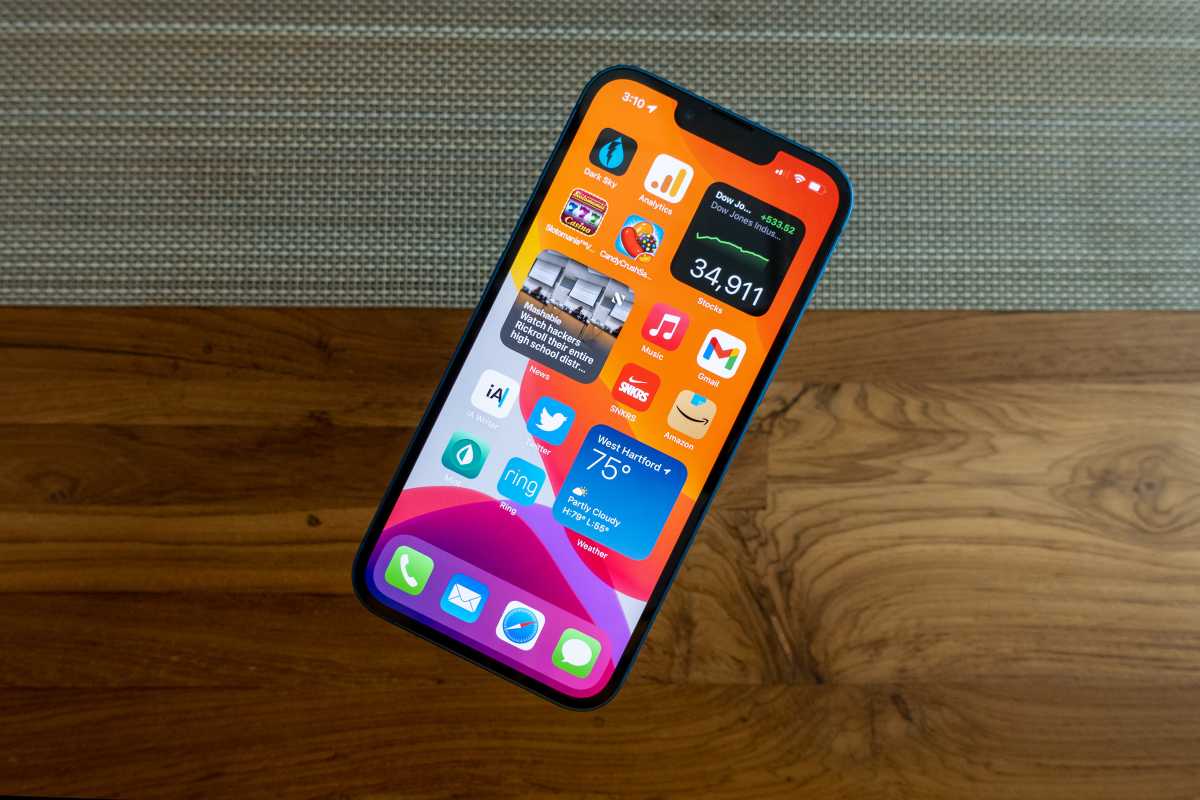 The iPhone 13 is a great phone with a great screen and a great camera—it's just not that much greater than the iPhone 12. Image: Michael Simon/IDG

Like everything about the iPhone 13, that subtle change is more meaningful than it seems. You get the same wide and ultra-wide camera system as on the iPhone 12, but the diagonal placement is necessary to accommodate an advanced camera system. It's a classic Apple upgrade—seemingly superfluous on the outside but hiding much bigger things on the inside.

The iPhone 13 will garner its share of annual buyers, but it isn't an essential upgrade for anyone using an iPhone 12 or maybe even an iPhone 11. But that's not really who it's meant for. The iPhone 13 is the phone for the millions of Apple users who skipped the iPhone 12 and maybe even the iPhone 11 and will be perfectly happy with their vertically aligned cameras for another 12 months.

In Australia the iPhone 13 128GB base model can be paired with a pre or post-paid plan, including from major carriers Telstra, Optus and Vodafone. See the widget below for popular plans:

On the surface, the iPhone 13 looks nearly identical to the iPhone 12. The screen is the same—6.1 inches—and the dimensions are very close, with the exception of the thickness (7.65mm vs 7.4mm) which is difficult to discern even when comparing the phones side-by-side. The other physical differences are the aforementioned diagonal camera array, and slightly lower volume and side buttons. 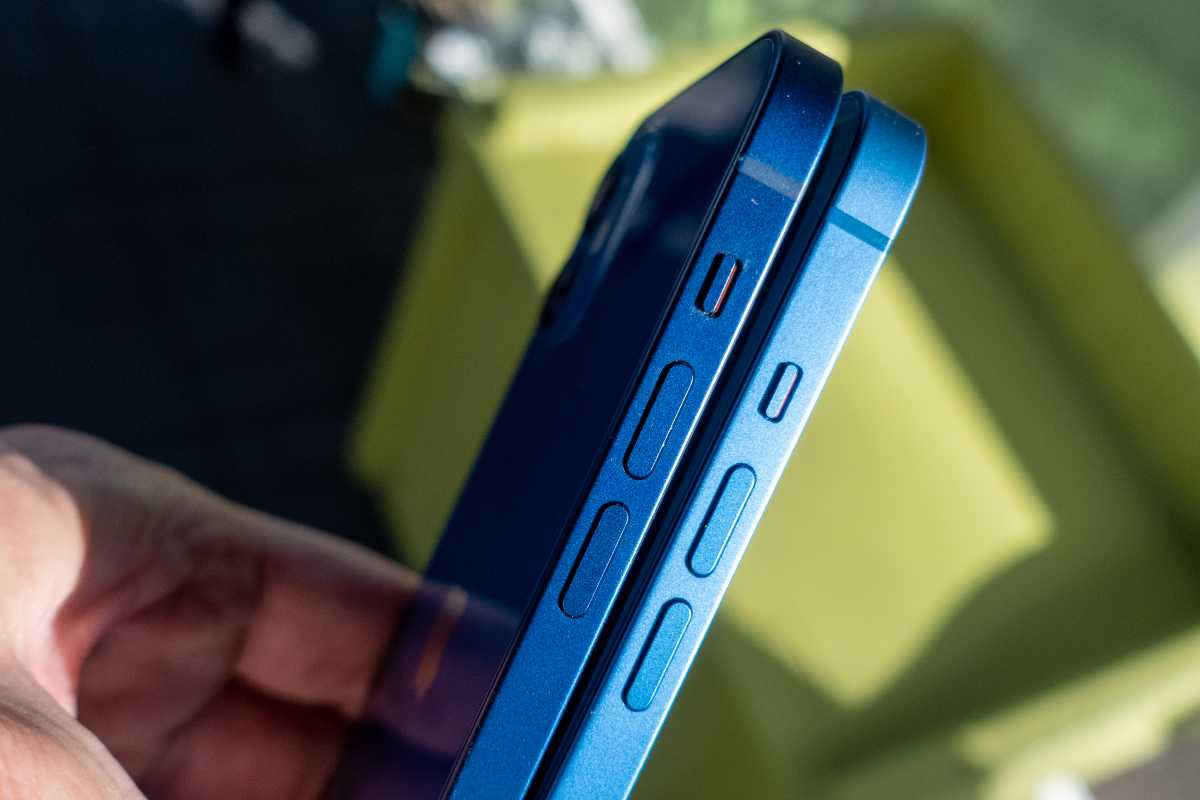 At 6.14 ounces, the iPhone 13 is also a touch heavier than the iPhone 12 (5.78 ounces). There are a number of reasons why—bigger battery, larger cameras, thicker frame—but the fact is it's one of the heaviest phones this side of the iPhone 13 Pro, which is more than an ounce heavier.

You'll need to turn the display on to see the biggest visual change: a smaller notch for the front camera and sensors. Apple has reduced the size of the iPhone's most iconic characteristic by roughly 20 percent and it's definitely smaller. Also, the earpiece speaker has been shifted to the top edge of the phone making it a bit less distracting. 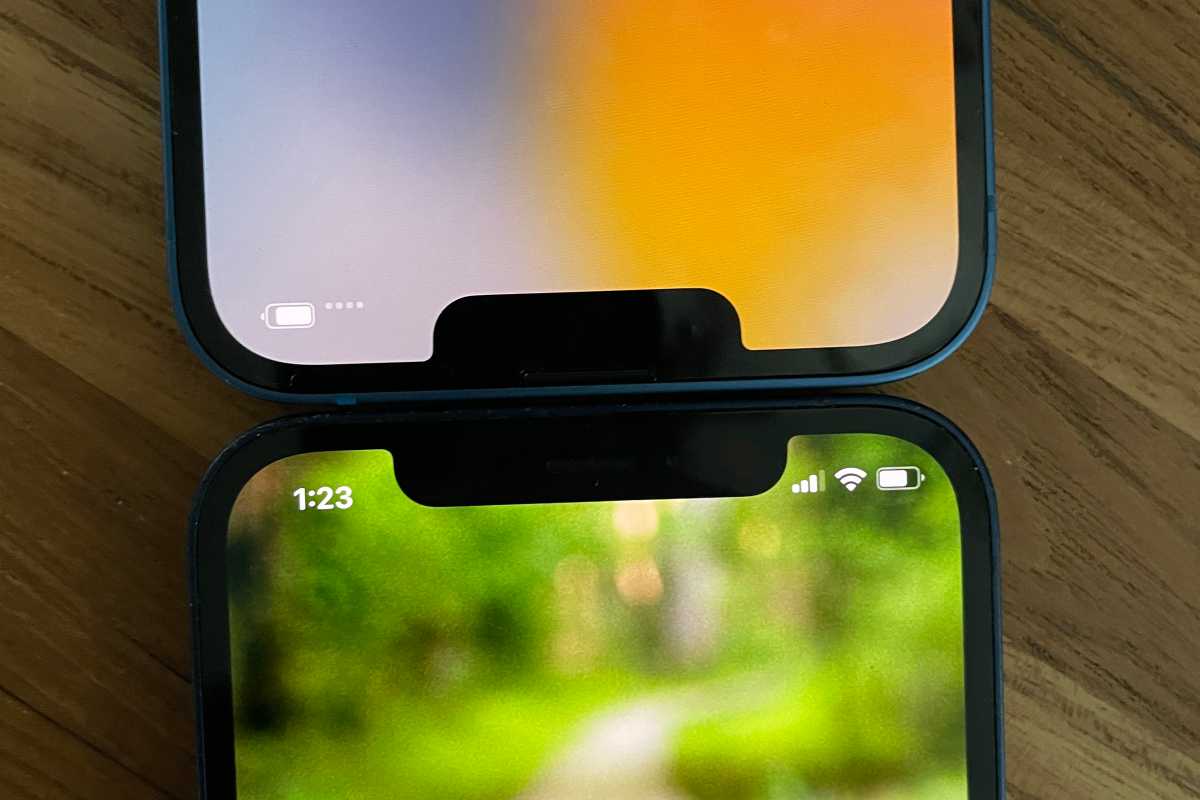 However, the smaller notch doesn't really add anything other than a few extra pixels for the horns on either side of it. Instead of adding a new status icon, Apple has merely centered the existing icons, which is somewhat more distracting since there's a bit of dead space around them now. I'm hopeful that an iOS update will bring new icons or a toggle to show battery percentage because it's a shame that Apple isn't embracing the extra space.

Aside from the notch and a higher max brightness (800 nits vs 625 nits), the rest of the screen is essentially the same as the iPhone 12, a 6.1-inch 2532 x 1170 Retina display with True Tone, wide color, and Haptic Touch. The bezels around the display are the same as well, and they're starting to show their age. Apple calls it an all-screen OLED display, but it has a much lower screen-to-body ratio than many of its Android peers. The iPhone 14 is rumored to bring a new design, so hopefully, Apple has thinner bezels in the works.

Notably, the iPhone 13 has the same 60Hz display as previous iPhones, in contrast to the iPhone 13 Pro's new ProMotion variable-refresh 120Hz display. It's a notable difference when moving between the two models, but not one the previous iPhone users will notice. ProMotion is definitely better, but the standard old iPhone display is pretty good too.

That probably won't be an issue for all but the most discerning of users. In benchmarks, the iPhone 13 and iPhone 13 Pro are roughly 20 percent apart in graphics tests and basically identical in CPU performance. They're both still way faster than the iPhone 12 and enormously capable, but if you're a high-end gamer or a real power user, the extra graphics core might make an impact. For most users, the standard A15 will be a workhorse. Add with a starting storage of 128GB (twice the iPhone 12's base storage) and it's hard to complain about any of the specs.

Battery life wasn't exactly an issue with the iPhone 12, but with enough use, you probably needed to reach for a charger toward the end of the day. That's not even a passing thought with the iPhone 13. On one day of particularly heavy use, I spent significant time using Apple Maps and Apple Music, took lots of photos, played some games, and did all of the other usual things I do while leaving the brightness higher than usual (it was a particularly sunny day), and I barely hit the red when I was ready to go to bed. And when I forgot to charge it, I still had enough juice to get through my morning before a quick charge.

It's safe to say battery life won't be a concern with the iPhone 13. Like the processor, Apple has delivered more than we actually need, and with the rare exception of traveling overnight without a charger, iPhone 13 users won't need to pay much attention to the battery icon anymore (though I still wish Apple would bring the percentage back).

While you will take better pictures with the iPhone 13, however, they won't be terribly noticeable when coming from the iPhone 12. That's not meant as a criticism‚the iPhone 12 took fantastic photos as well. If you're upgrading from an iPhone 12 for the camera, I'd recommend either getting an iPhone 13 Pro or waiting for the iPhone 14. 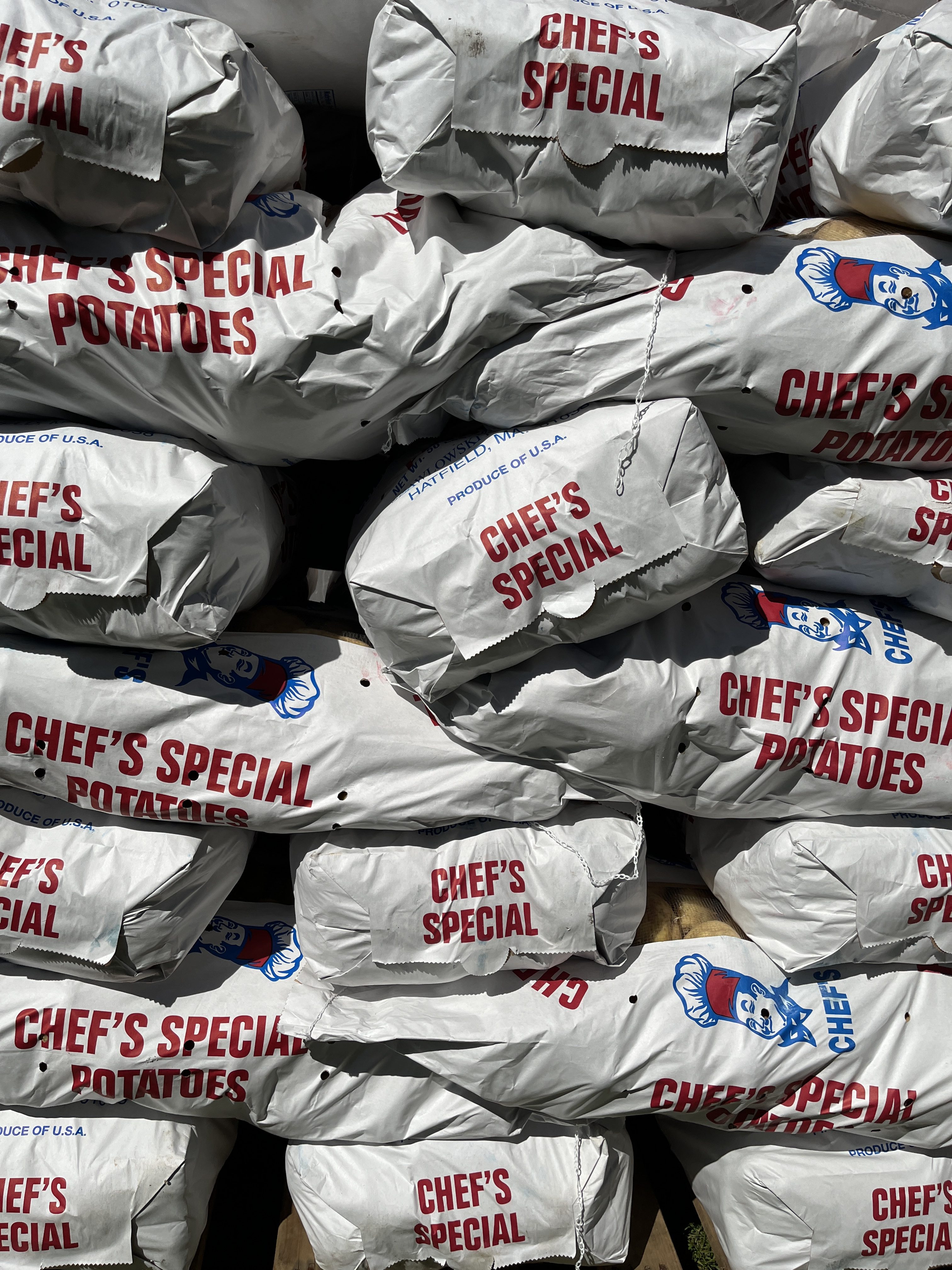 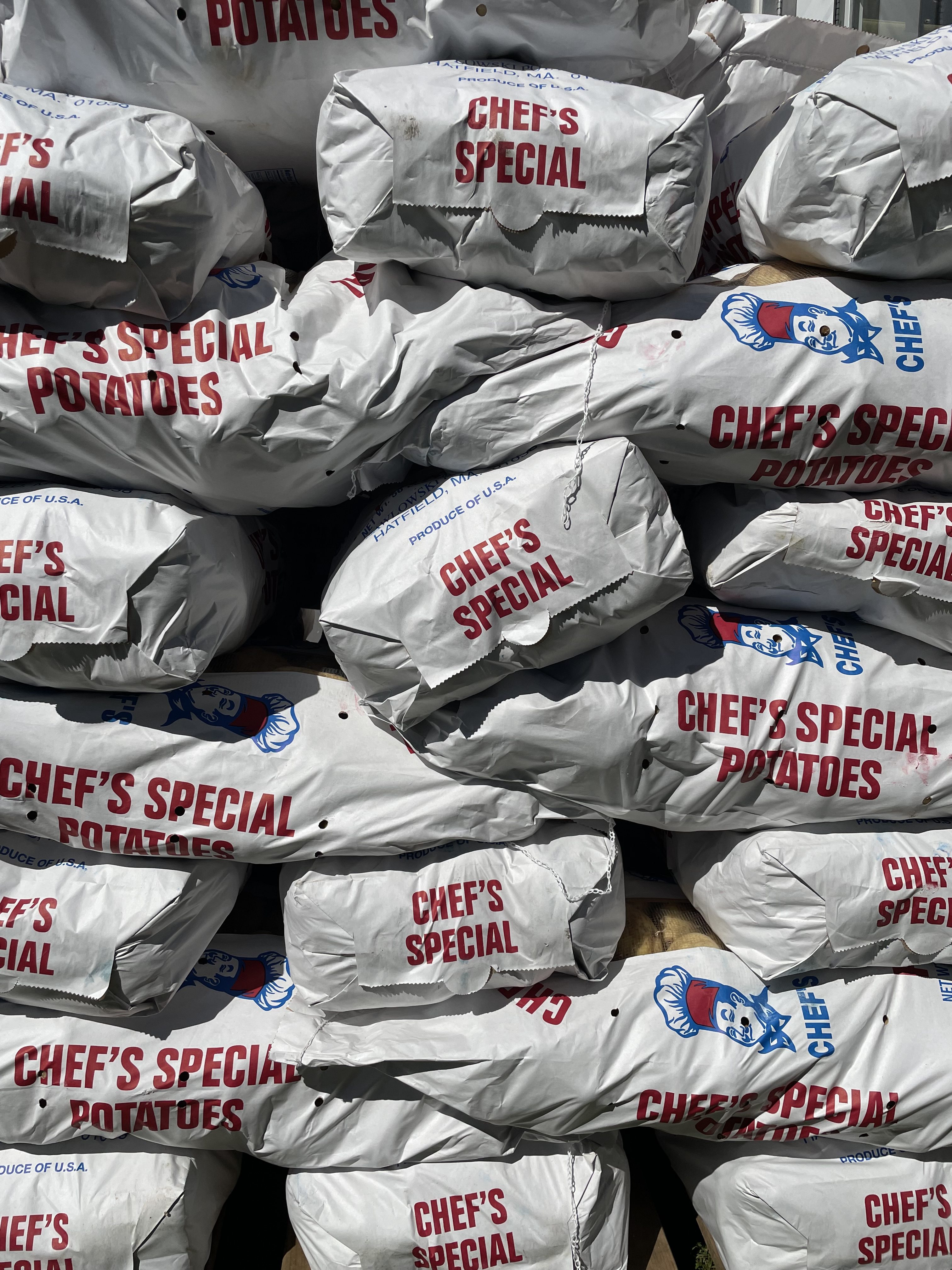 When comparing things like color and white balance, the iPhone 13 (left) is virtually indistinguishable from the iPhone 12 (right).

But if you're coming from an older phone, particularly an iPhone XR or earlier, the difference will be significant. The iPhone 13 takes fantastic photos in all kinds of light, but it truly excels in low-light situations. Apple introduced Night mode on the iPhone 11 and it's gotten better with each new phone. The best improvement this year—other than improved image processing—is the bigger 1.7µm pixels on the Wide camera, which captures 47 percent more light, according to Apple.

That may be true, but it's still very hard to see the difference between the iPhone 13 and iPhone 12 when it comes to nighttime shots. When you compare the two photos side by side you see a bit more detail and some more sharpness with the iPhone 13, but for the most part, both phones will produce very similar and very good photos in low light. 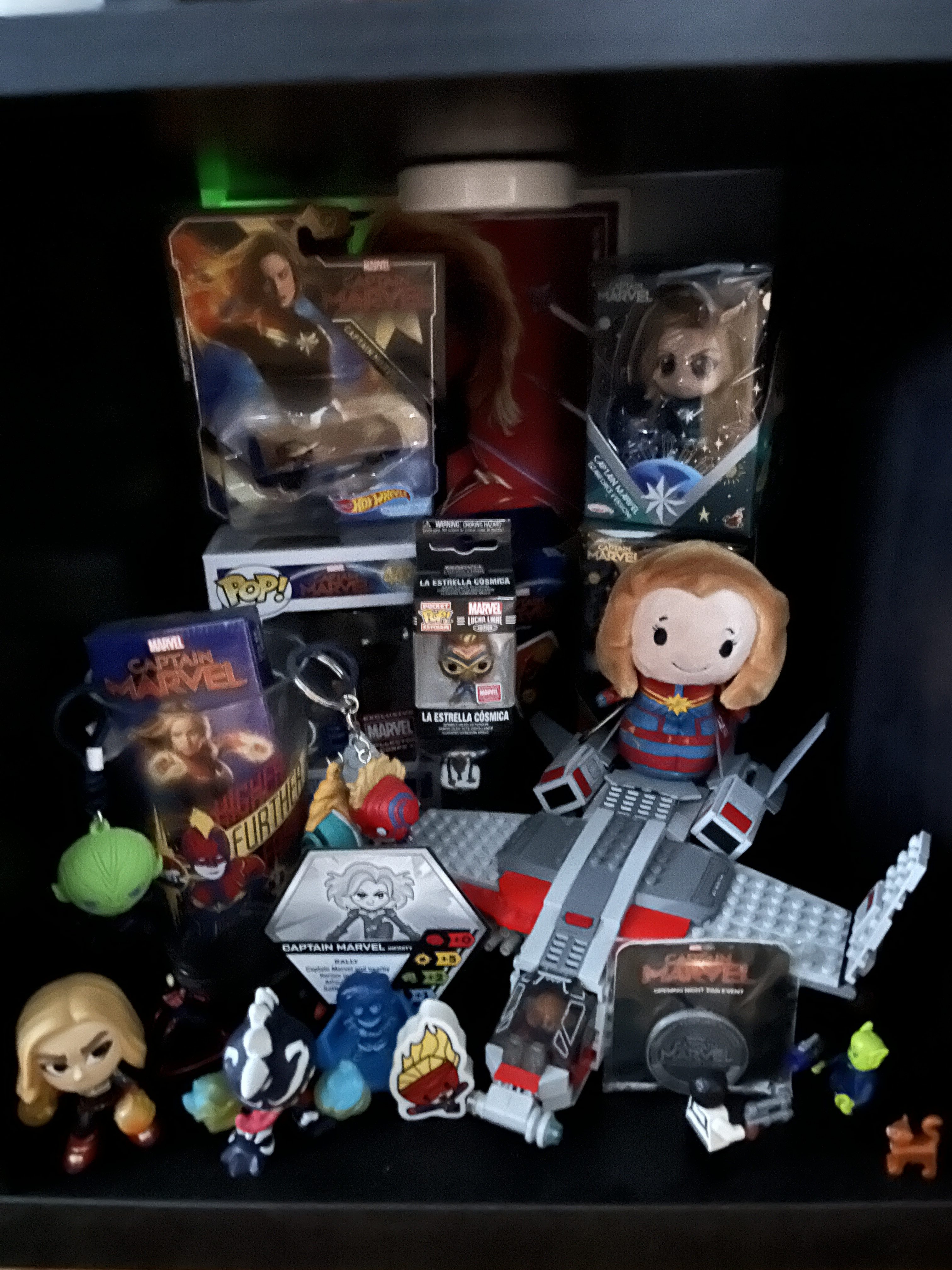 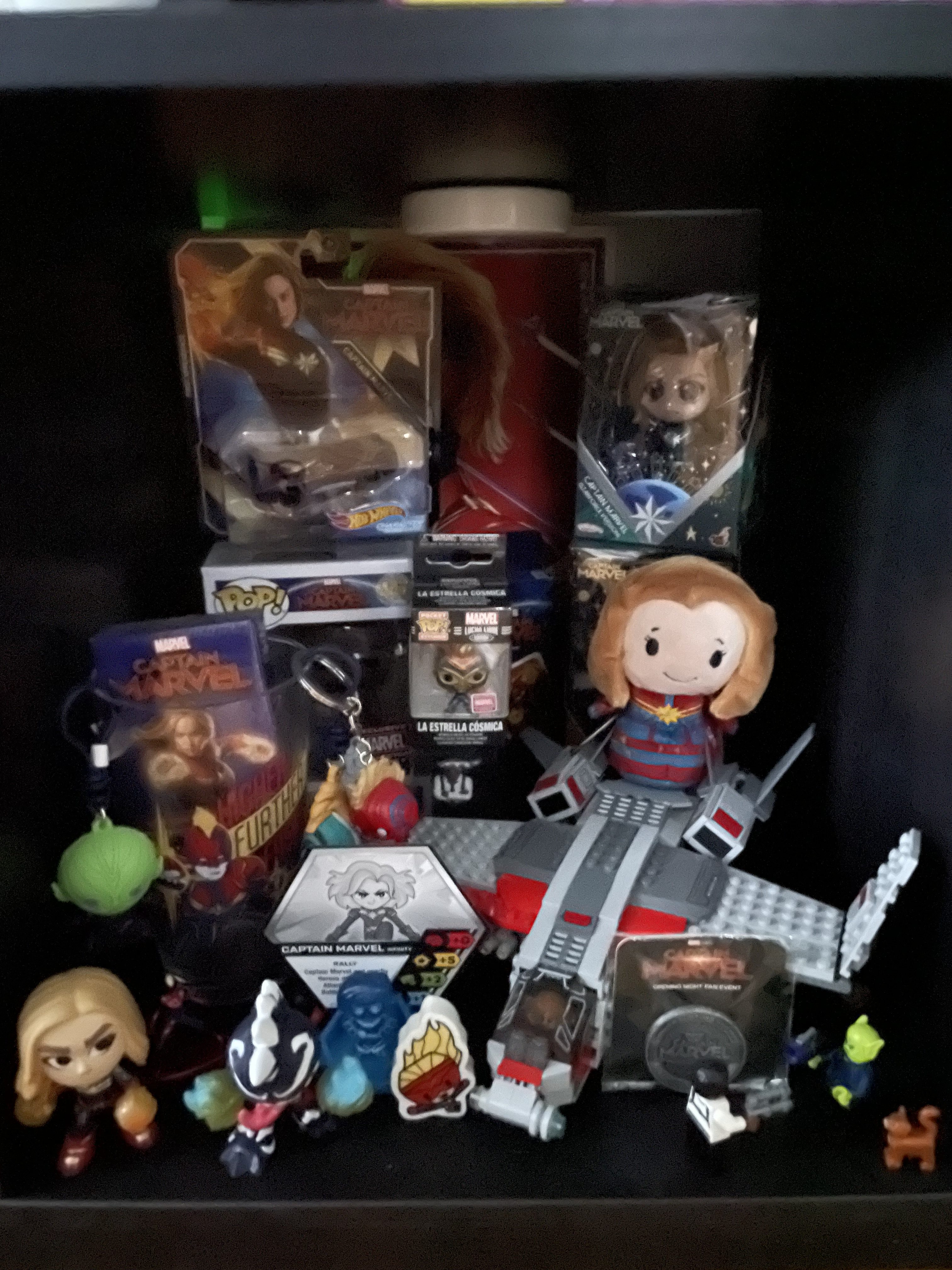 The iPhone 13 (left) does take better low-light photos, but you'll need to compare it side by side to the iPhone 12 (right) to really see it.

The same goes for photos taken in better light. Even without a telephoto lens, the iPhone 13 takes fantastic photos with just a tap. The new Photographic Styles feature is impressive for its subtlety and adherence to the scene, but not likely to be something people use all that often. The same goes for Cinematic Mode video, which is very cool and impressive but only useful in very specific situations. 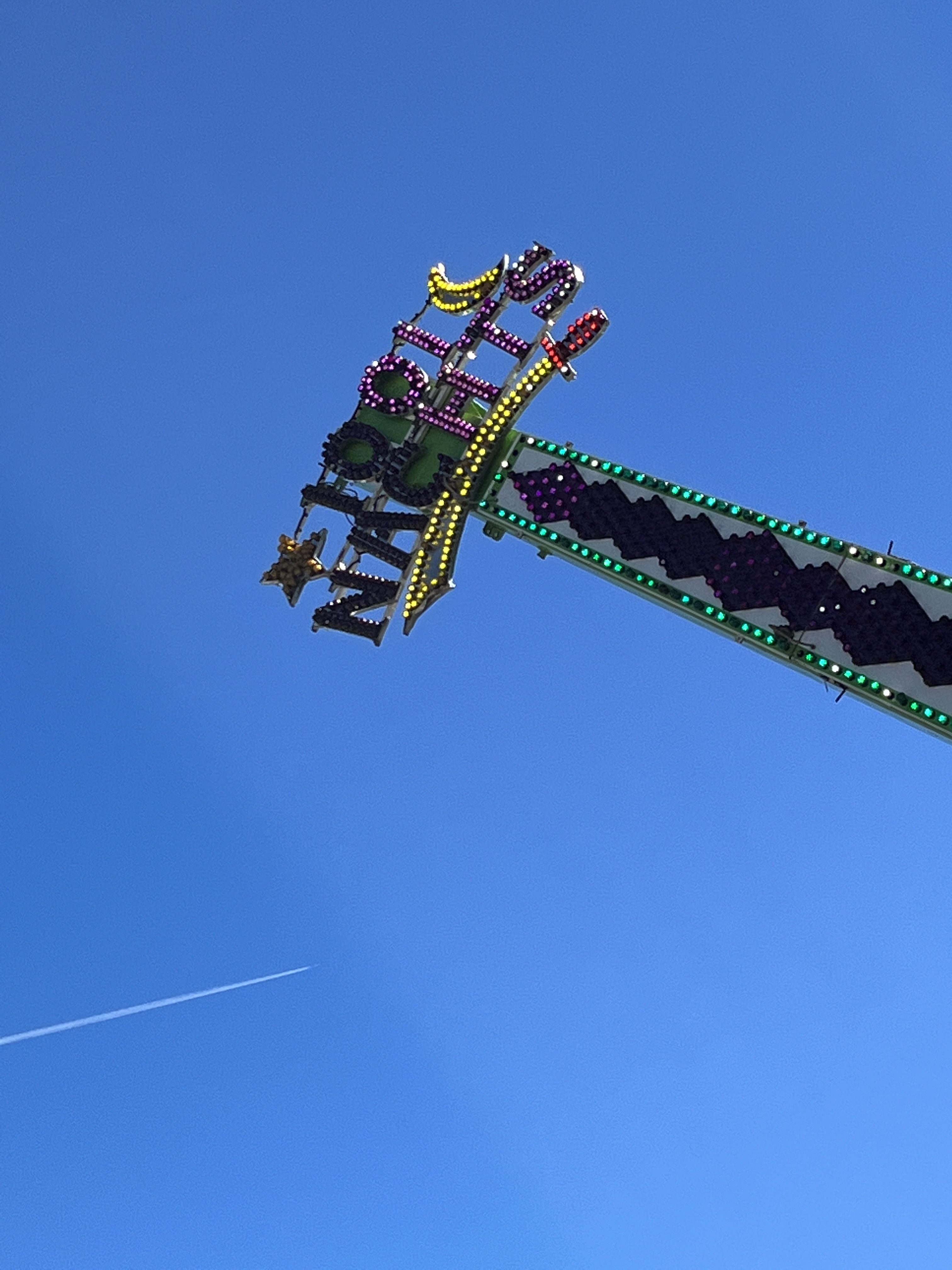 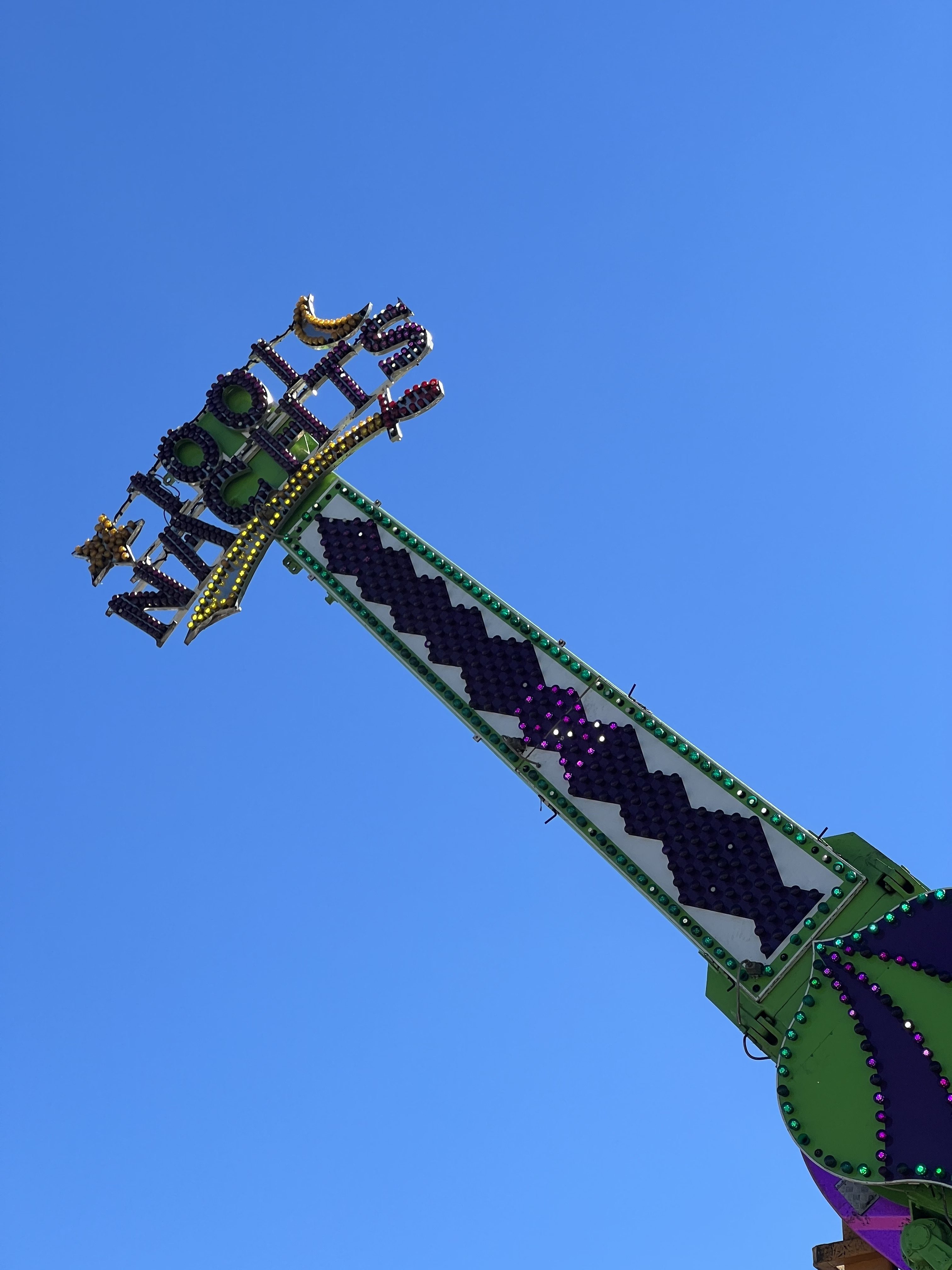 I've been using both the iPhone 13 and iPhone 13 Pro Max, and this is the first year I'd recommend spending a little more on the Pro to get a better camera. No longer are the differences geared only toward super high-end photogs. The main feature I missed from the iPhone 13 Pro is macro mode. While there's already a software solution from Halide that mimics it fairly well, it's not as smooth and automatic as it is on the iPhone 13 Pro, nor can you get nearly as close to your subject. And when you get up close to take a photo with the iPhone 13's stock camera app, pictures are a blurry mess. 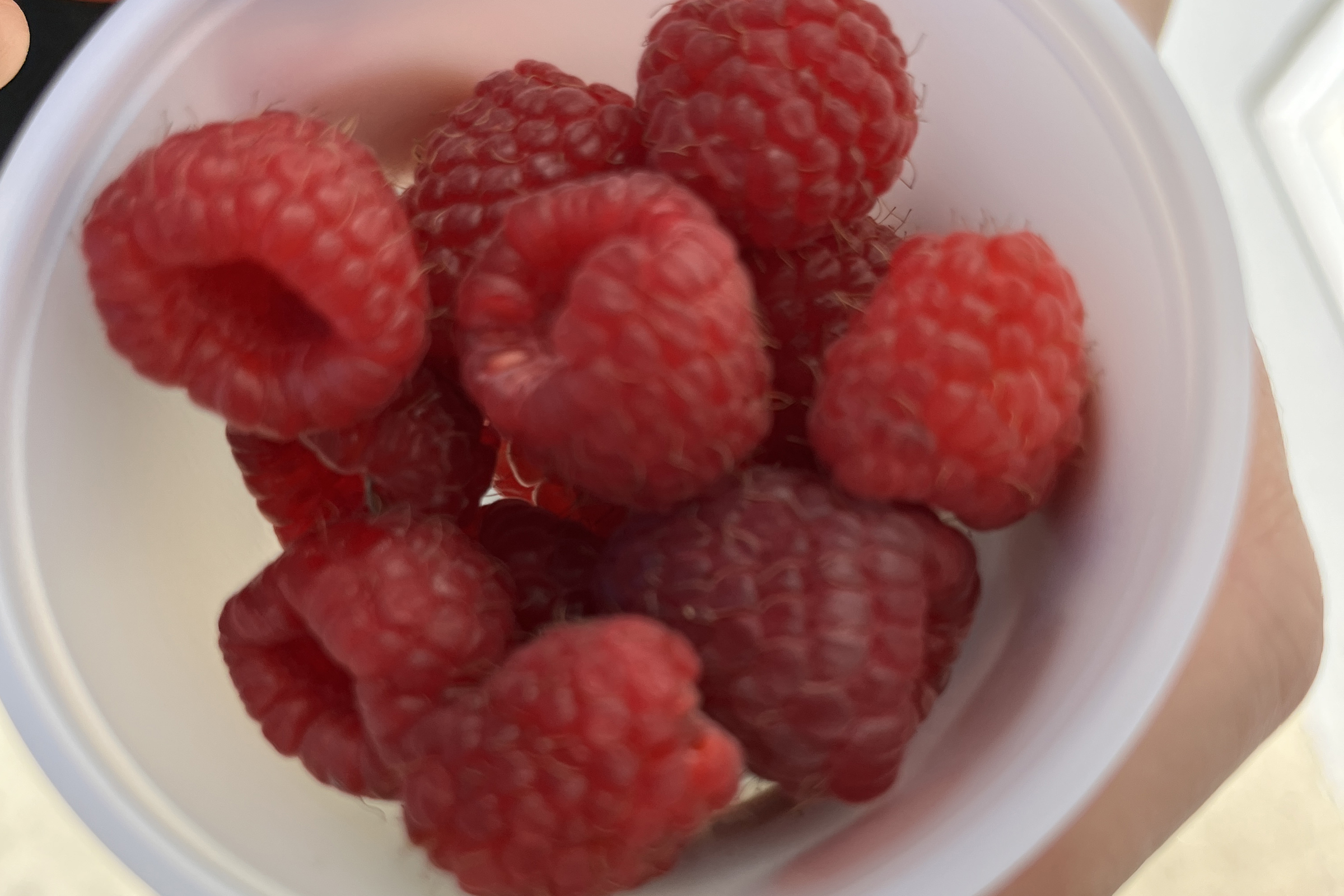 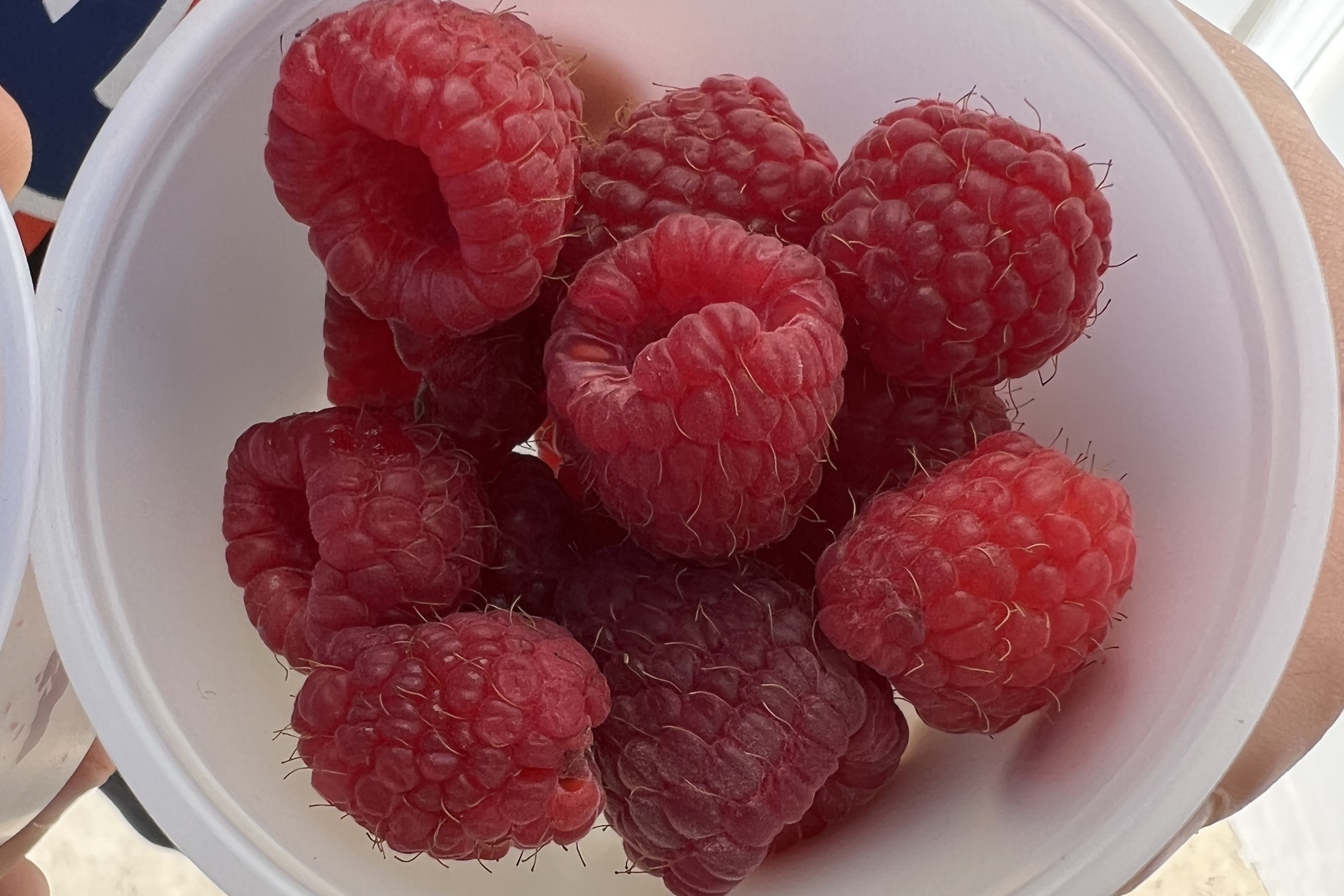 We outlined the advantages of the iPhone 13 Pro camera in our extensive review, and it brings an array of hardware and software enhancements that you won't get on the iPhone 13. The iPhone 13 has a great camera for sure, but it doesn't feel like a generational leap like the Pro model does.

Should you buy an iPhone 13?

The iPhone 13 is an easy phone to recommend. Even with iPhone 12 looks, it doesn't feel like a stale design and it has tremendous battery life. At $799 ($829 unlocked), it's the same price as the iPhone 12 and you get a little more for your money in 2021. There's no doubt that the iPhone 13 will be a fantastic upgrade for anyone using an iPhone 11, XR, or XS. And getting 128GB of storage instead of 64GB is nice, too. 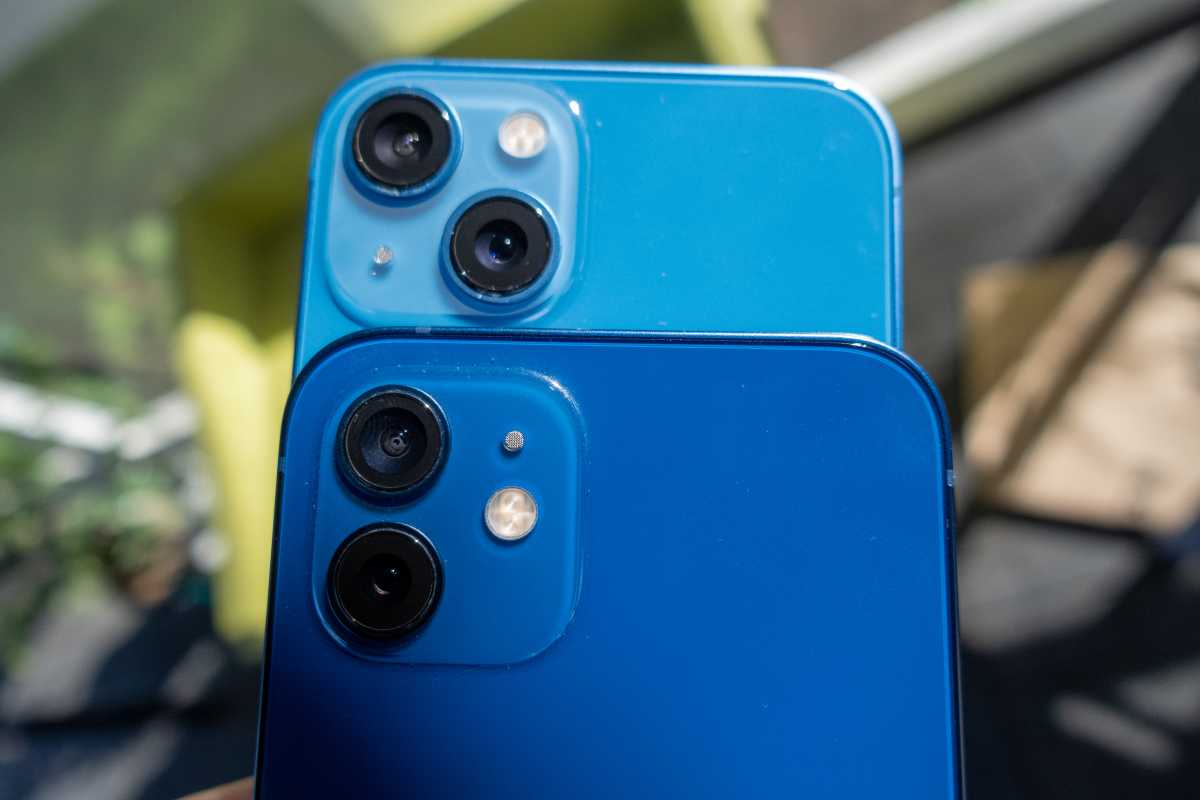 The iPhone 13 (top) has a different camera layout and shade of blue than the iPhone 12. Image: Michael Simon/IDG

But if you already have an iPhone 12 and want one of the newer phones, the iPhone 13 Pro is a better option. Yes, it's $200 more expensive, but you're getting a lot more for the extra $200: a better display (brighter and with ProMotion), processor (five GPU cores vs. four GPU cores), camera system (telephoto plus wide and ultrawide improvements), and longer battery life.